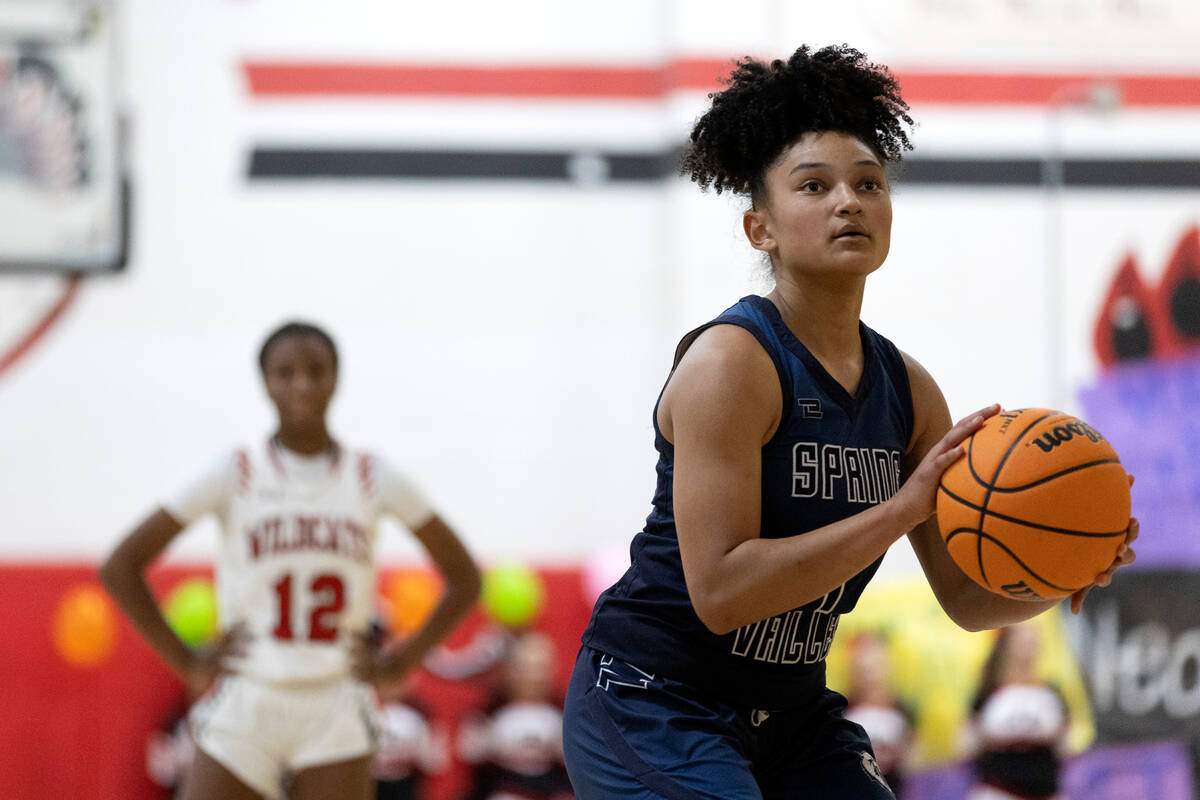 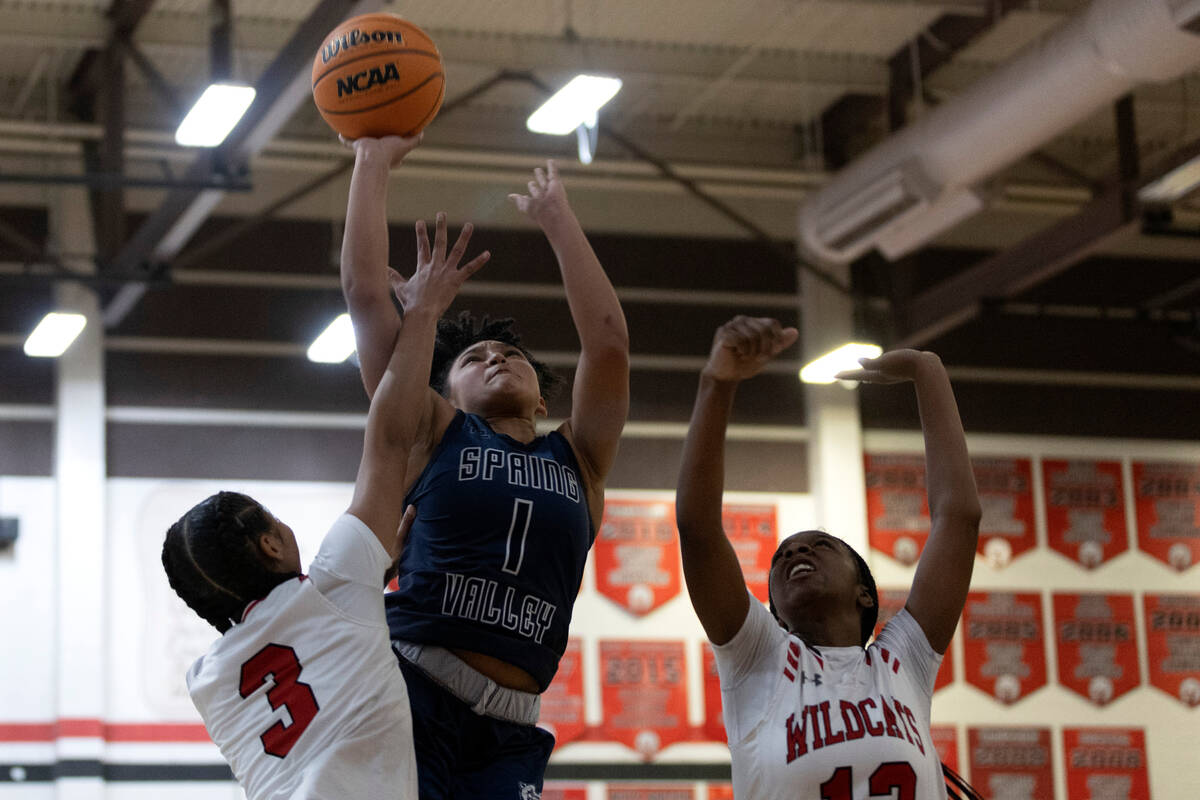 The atmosphere at Thursday’s girls basketball game between Spring Valley and Las Vegas mirrored that of a playoff game.

“The crowd was really into it,” Ervin said. “So it helped us stay composed and focused on winning the game.”

Ervin scored 29 points as Spring Valley outlasted Las Vegas for a 71-68 win. For her efforts, she has been named the Nevada Preps Girls Athlete of the Week.

Coming into her second season on varsity, Ervin said she is focused on expanding her shot and getting her teammates involved. She thinks she will be able to do that within the system of new coach ShaLisha Davis.

“It’s allowed me to play with a different system and allowed me to do more things that I was doing last year,” Ervin said. “Like being able to score more, and everything really.”

Against Las Vegas, Ervin said she was able to find her shot and took open ones like Davis had been encouraging her to do. Ervin said the chemistry between her and Davis has helped Spring Valley win its first three games.

“It’s really important because we have to be on the same page, both as coach and player,” Ervin said. “We both have to have the same thoughts in order to play well as a team. We talk all the time, so our connection has been good.”

Ervin thinks Spring Valley’s early success can be a precursor for success in the playoffs. It’s one of the goals she has for the season.

“I want to make it to the playoffs further than I did last year … I just want to improve as a player both on and off the court and be a better leader,” Ervin said.