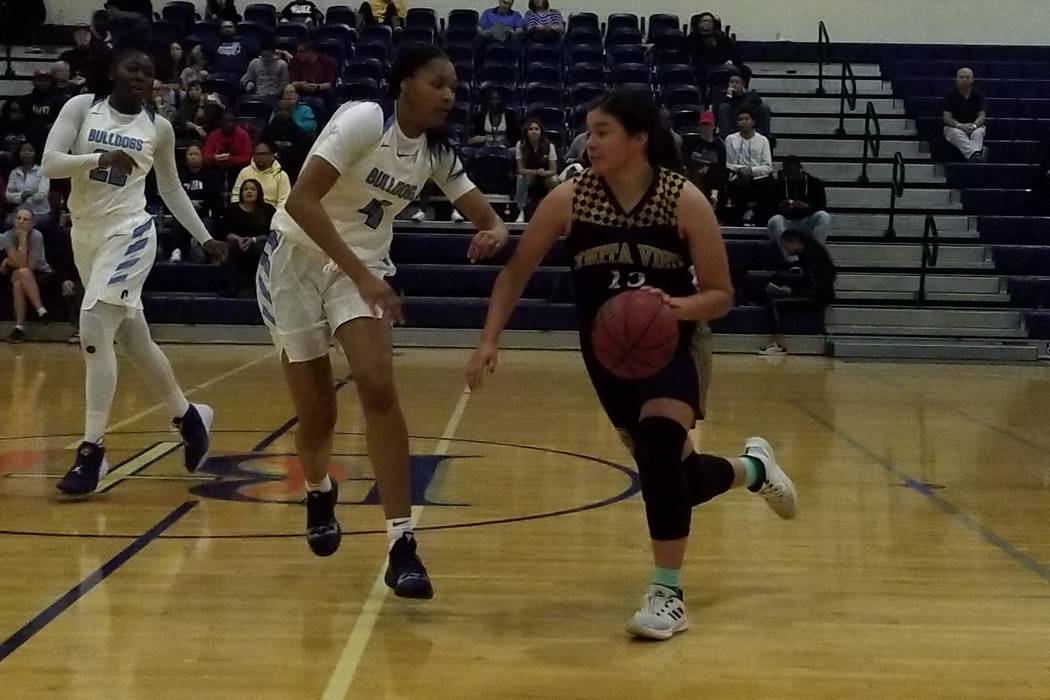 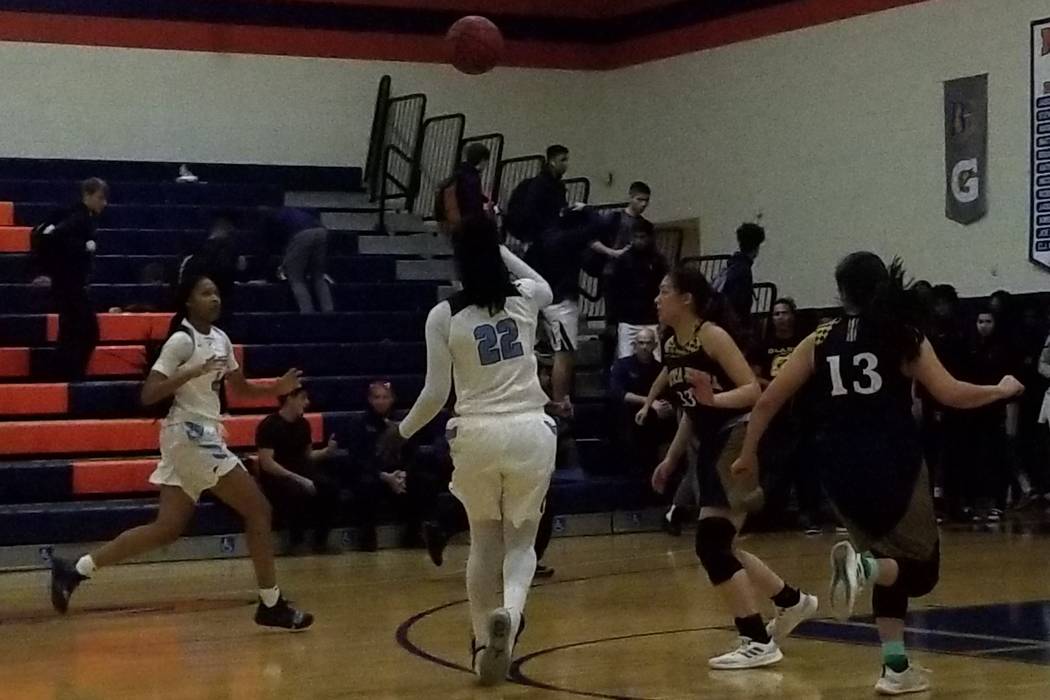 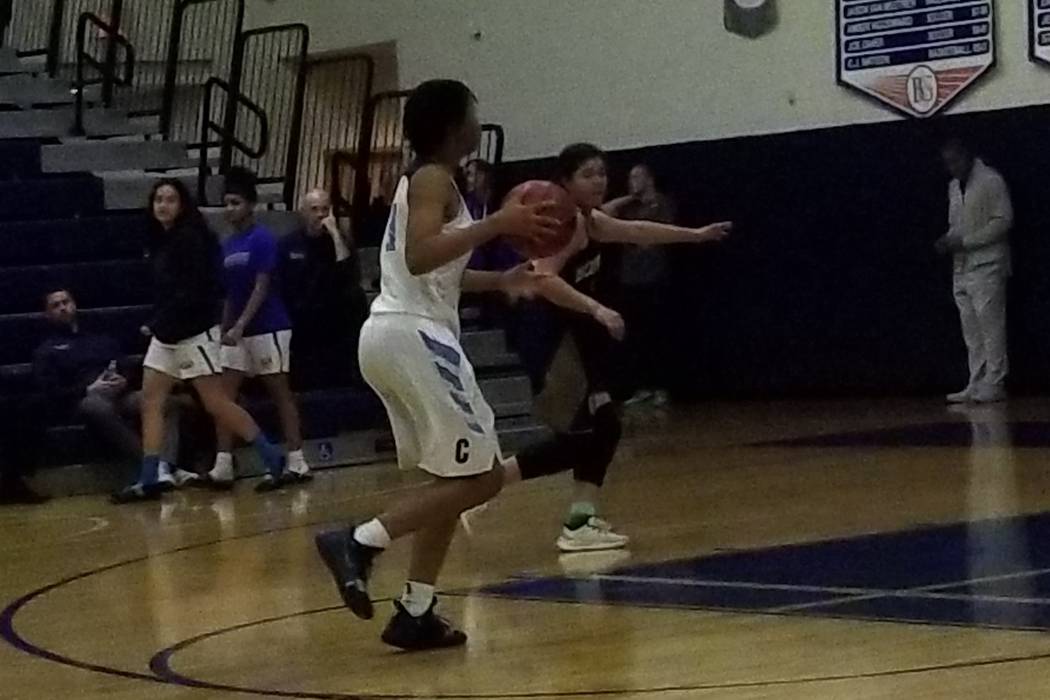 Centennial’s girls basketball team forced 28 turnovers on Saturday and rolled to a 70-42 win over Bonita Vista (California) at Bishop Gorman.

Melanie Isbell and Taylor Bigby each added eight points for the Bulldogs. Bigby added six rebounds and four steals for Centennial, which scored 34 points off turnovers.

Julian Cosalan led the Barons with 16 points. She was 4-for-8 on 3-pointers. Keyanna McCoy added 13 points and eight rebounds for Bonita Vista.

Bishop Gorman 56, Liberty 33 — At Gorman, Caira Young had 12 points lead the Gaels over the Patriots.

Sadie Soderborg added 11 points for Lincoln County, which led 18-2 after one quarter.

GV Christian 38, Trona (Calif.) 32 — At GV Christian, Chloe Lamb had 11 points and 10 rebounds to help the Guardians take down the Tornadoes.