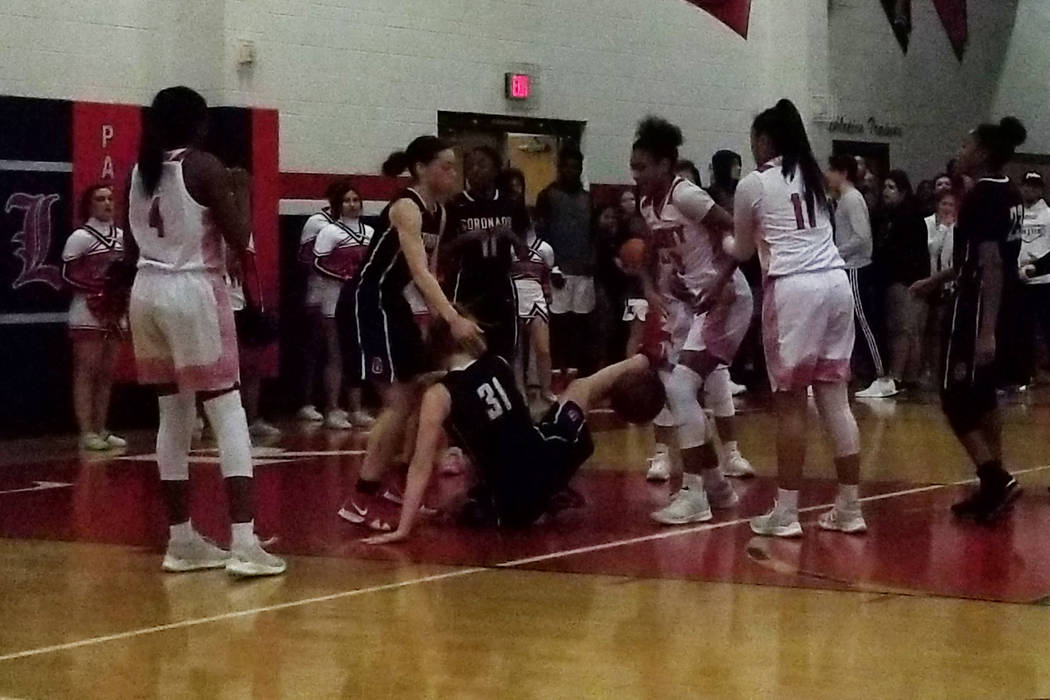 Walker finished with 11 points for Liberty.

Haley Morton paced Coronado with 16 points, and teammate Tia Thornton scored 15 points, including a 3-pointer with 22 seconds left in regulation that forced overtime.

Cimarron-Memorial 61, Palo Verde 51 — At Palo Verde, Elise Young scored all 24 of her points in the second half as the Spartans downed the Panthers.

Natalie Trueba had 10 points, and Kylie Springman added nine points for Cimarron, which trailed 24-18 at halftime.

Green Valley 56, Foothill 41 — At Green Valley, Amore Espino and Shelby Clark each scored 16 points as the Gators defeated the Falcons.

Julia Clark had 12 points for Green Valley, which led only 38-32 after three quarters.

Maddy Beckham had 15 points and 20 rebounds, and teammate Aqui Williams had 10 points for the Falcons.

Melanie Isbell had nine points, and Aishah Brown added eight points for Centennial, which led 51-14 at the half.

Canyon Springs 62, Eldorado 18 — At Canyon Springs, Kayla Johnson had 22 points to lead the Pioneers by the Sundevils.

Quianna Brown added 12 points for Faith Lutheran, which cruised to a 25-6 halftime lead.

Laughlin 47, GV Christian 32 — At Laughlin, the Cougars used a 13-4 second-quarter run to build a 23-15 halftime lead on their way to a win over the Guardians.