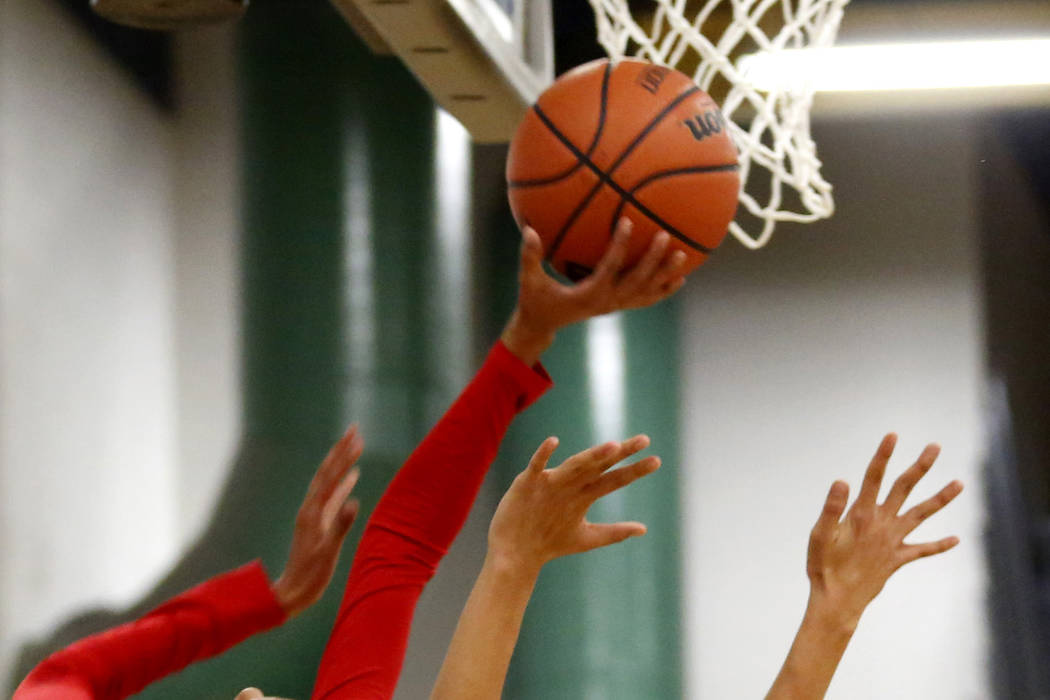 Essence Booker had 12 points for the Grizzlies, who outscored Desert Oasis 28-18 in the second half.

Dajaah Lightfoot scored a game-high 18 points for the Diamondbacks.

Analiyah Matthews scored 18 points for Durango, which outscored the Sierra Vista 18-8 in the fourth quarter to secure the win.

Bishop Gorman 76, Bonanza 13 — At Bishop Gorman, Lauren Solomon and Gianna Gourley each scored nine points to lead the Gaels in a rout of the Bengals.

Tierney Holcombe and Lexi Kruljac each scored eight points for the Gaels, who outscored the Bengals 34-6 in the second quarter to take control of the game.

Canyon Springs 63, Las Vegas 17 — At Canyon Springs, Iyani Hayden scored 20 points to lead the Pioneers in a rout of the Wildcats.

Jeanette Fine scored 12 points Canyon Springs, which outscored the Wildcats 26-9 in the first half.

Kailee Fisher and Keely Alexander each added eight points for Boulder City, which opened the second half with an 18-2 run to take a 38-7 lead.

Chaparral 34, Tech 25 — At Chaparral, Emani White scored 11 points, as the Cowboys held off the Roadrunners.

Alexandra Williams had nine points for Chaparral, which used a 12-4 third quarter run to pull away.

Cimarron-Memorial 65, Valley 24 — At Cimarron, Tasia Moore scored 24 points to help the Spartans to victory over the Vikings.

Andalin Hillstead added 12 points for Moapa Valley, which led 14-2 after one quarter.

Paige Murch scored 16 points, and Jasmine Mejia added 14 points for Needles, which started the game on an 18-4 run.

Lake Mead 33, The Meadows 17 — At Lake Mead, Shelbi Shaw led a balanced attack with seven points as the Eagles beat the Mustangs.

Kambree Takekuma led all scorers with eight points for The Meadows.