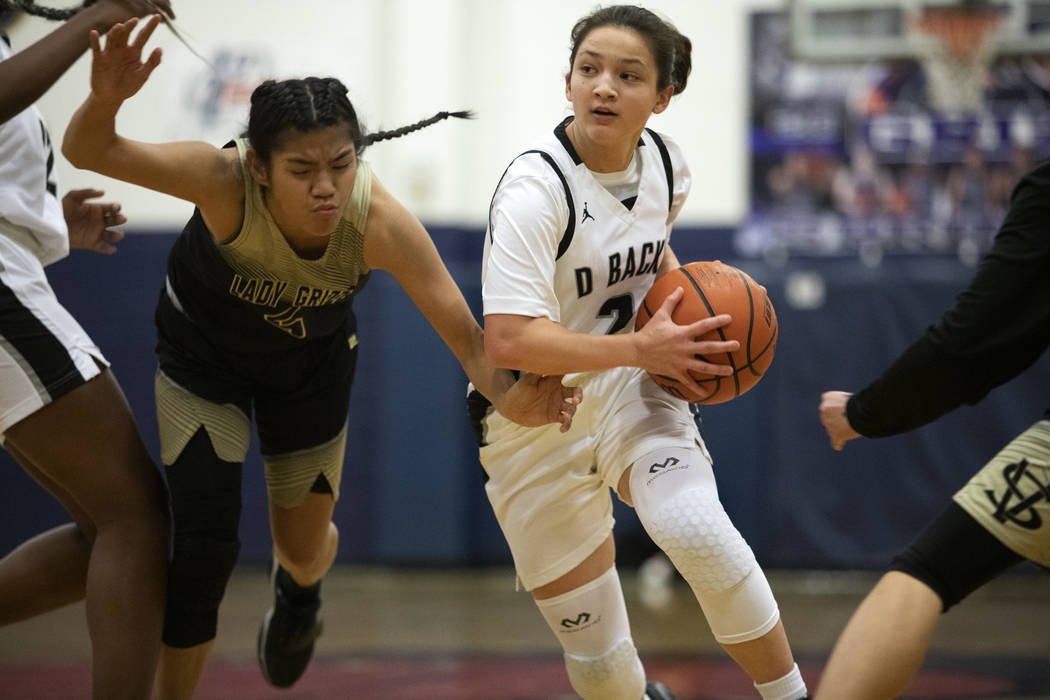 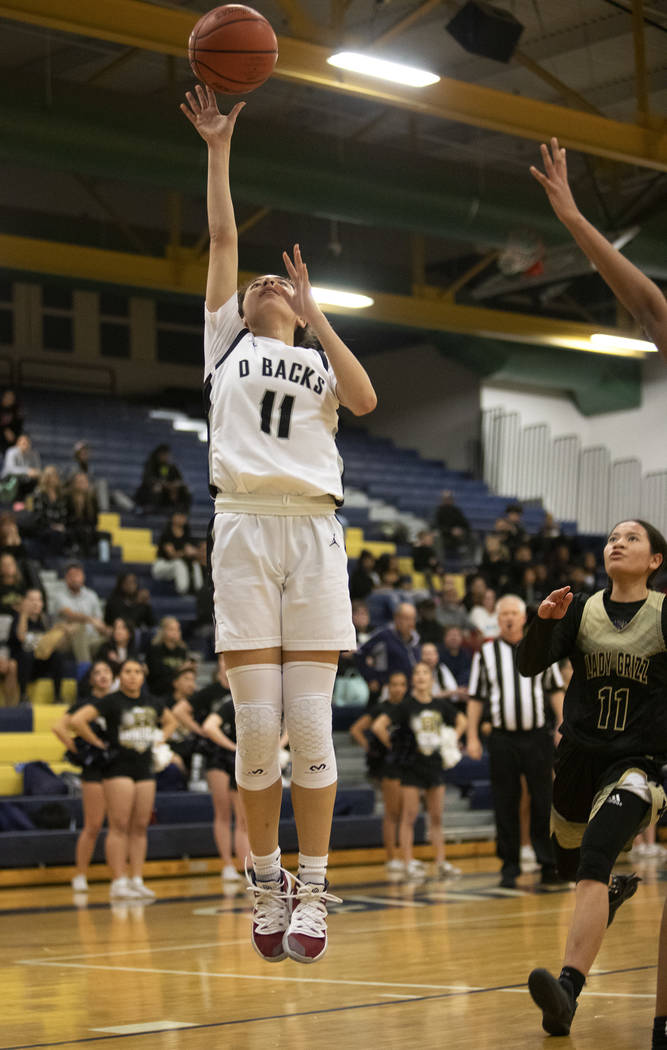 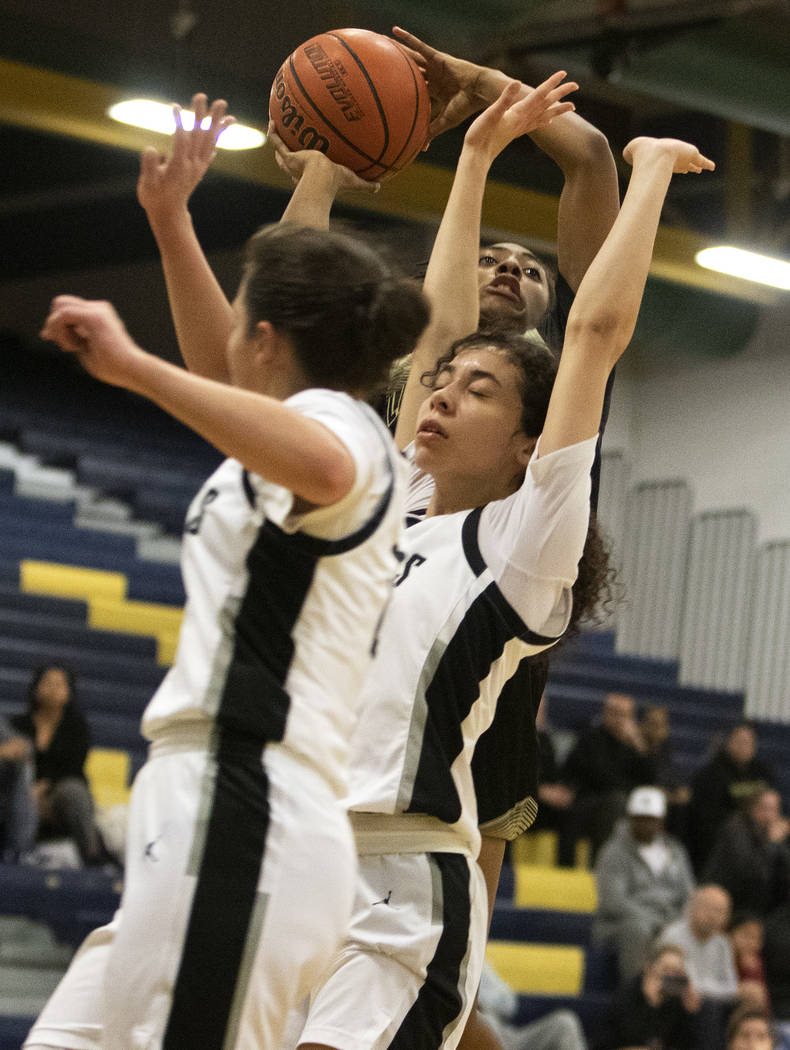 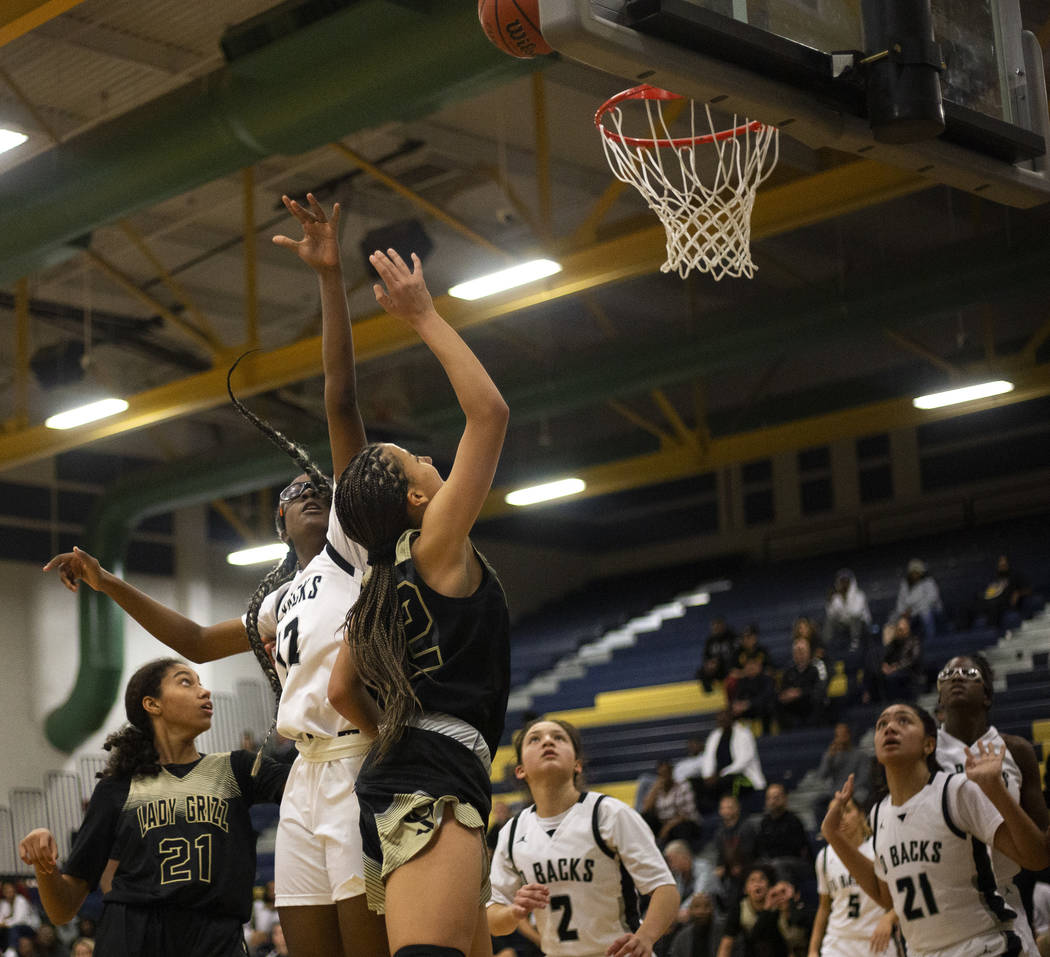 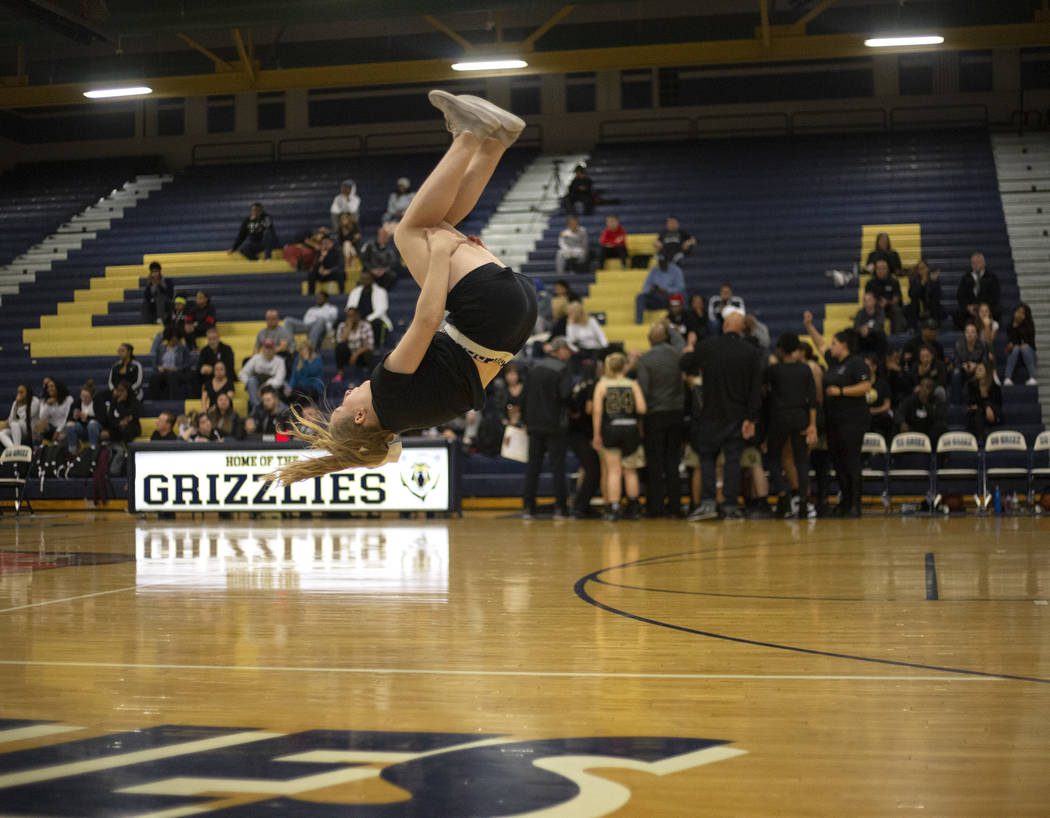 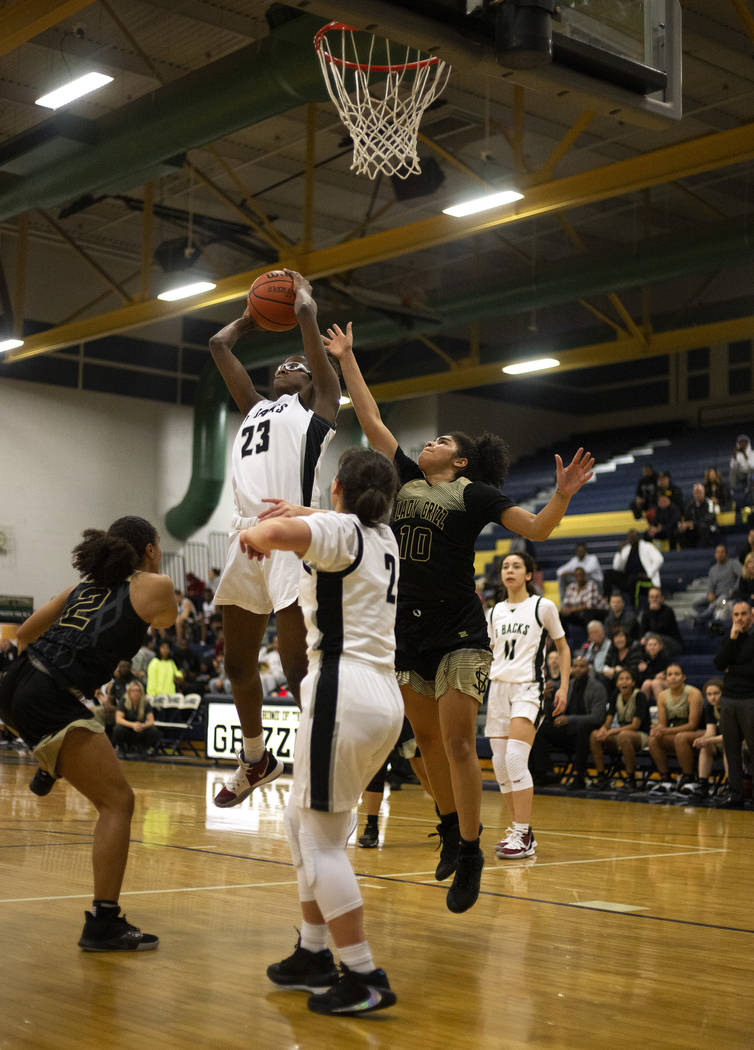 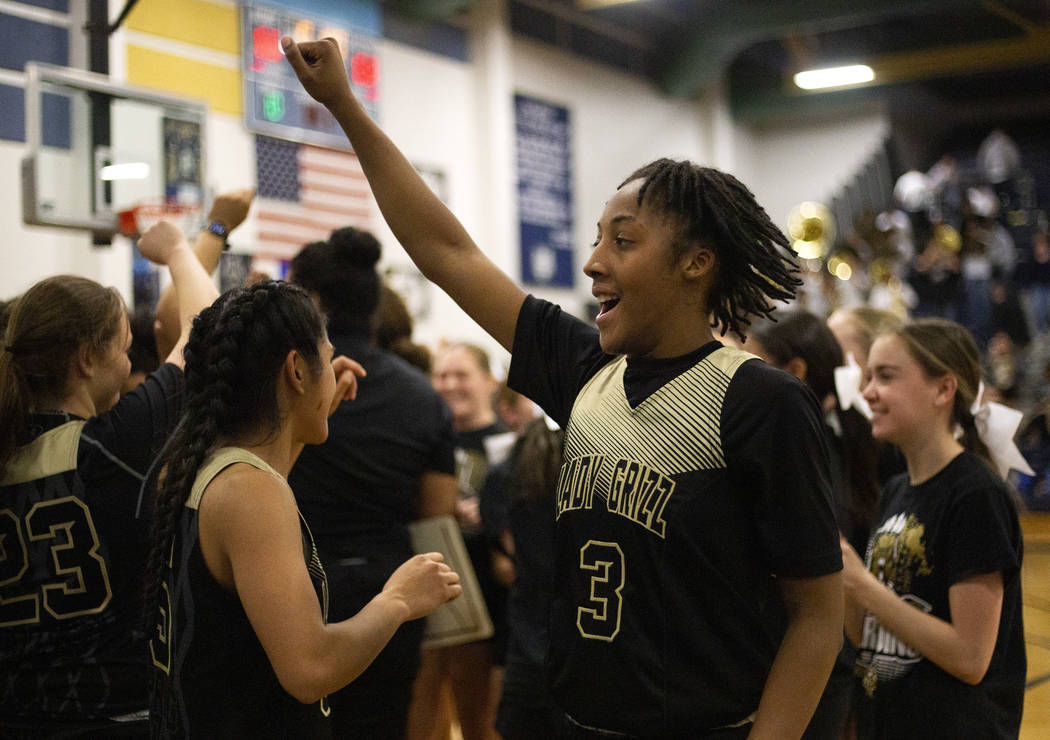 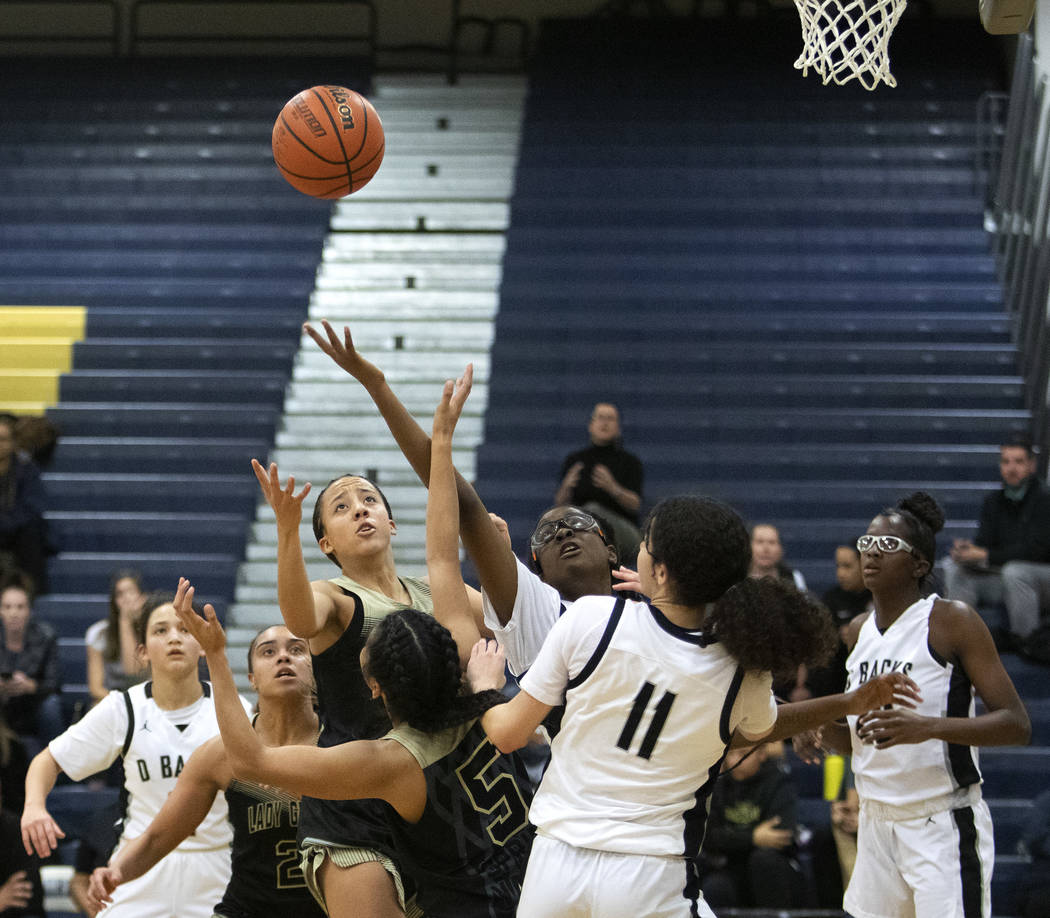 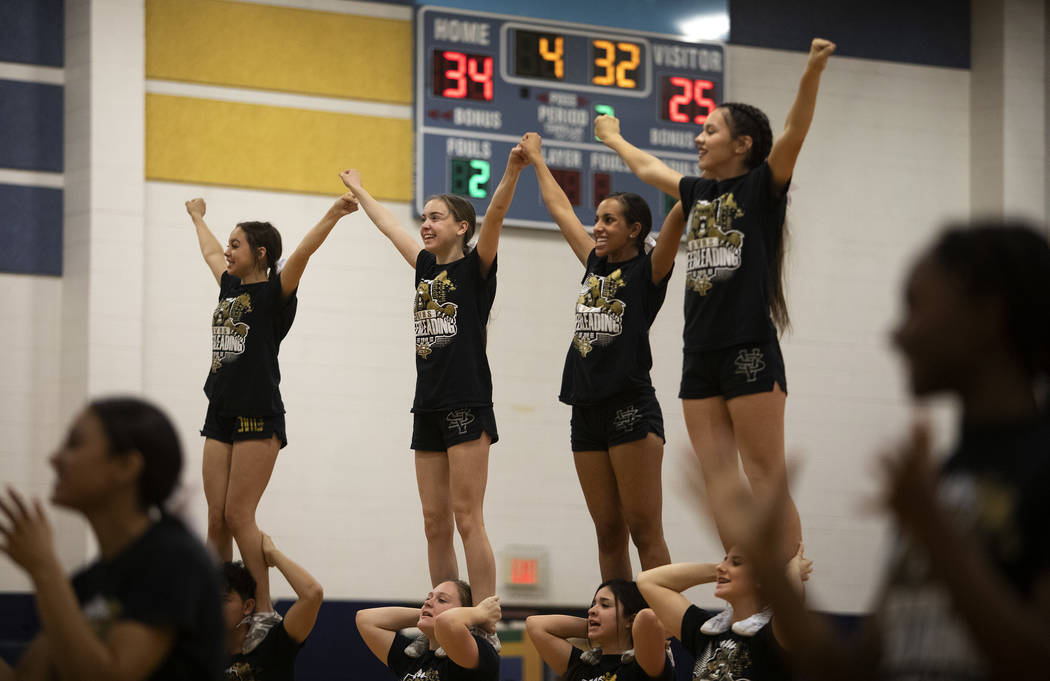 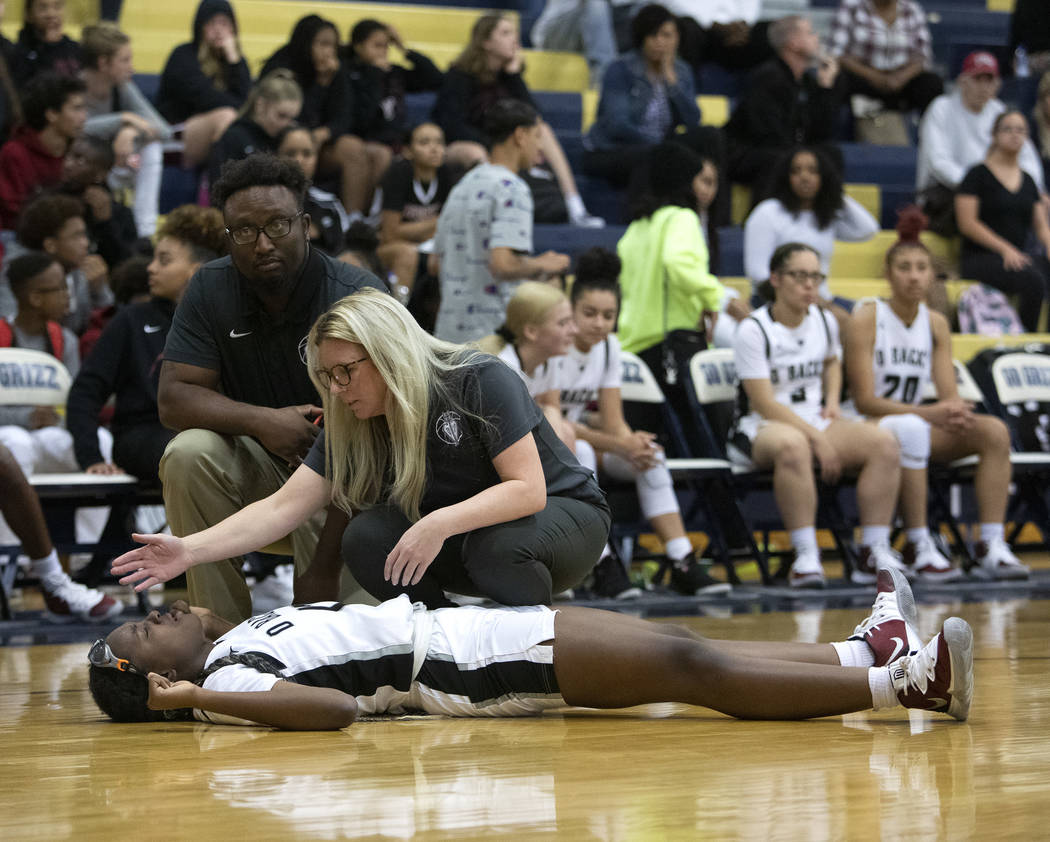 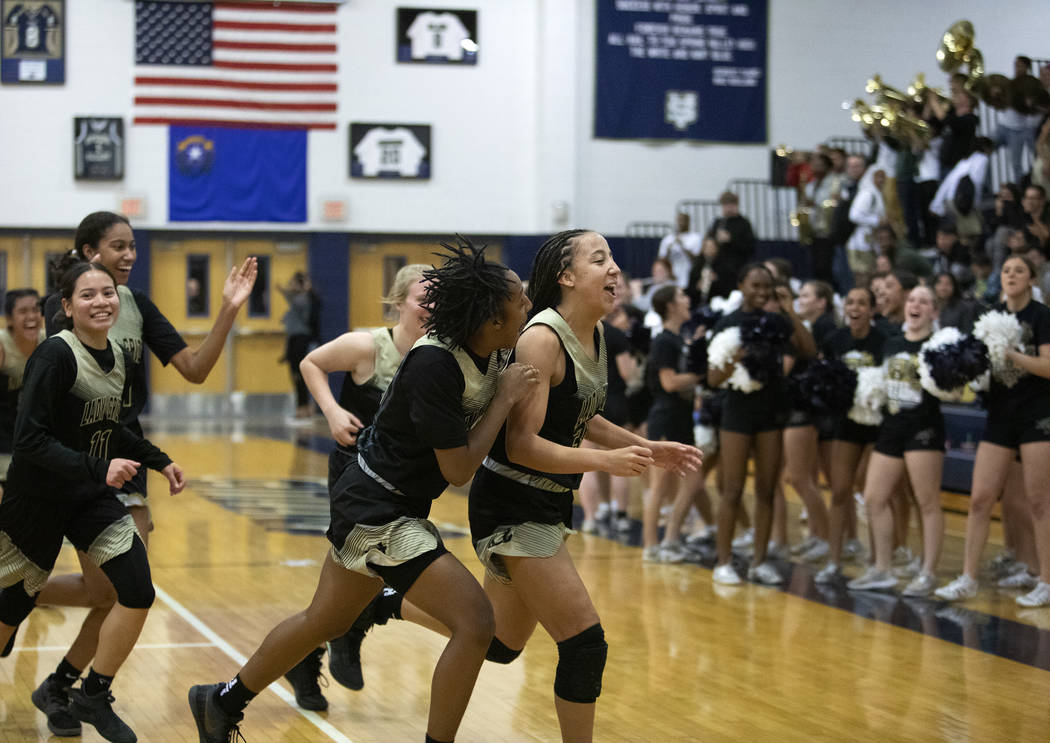 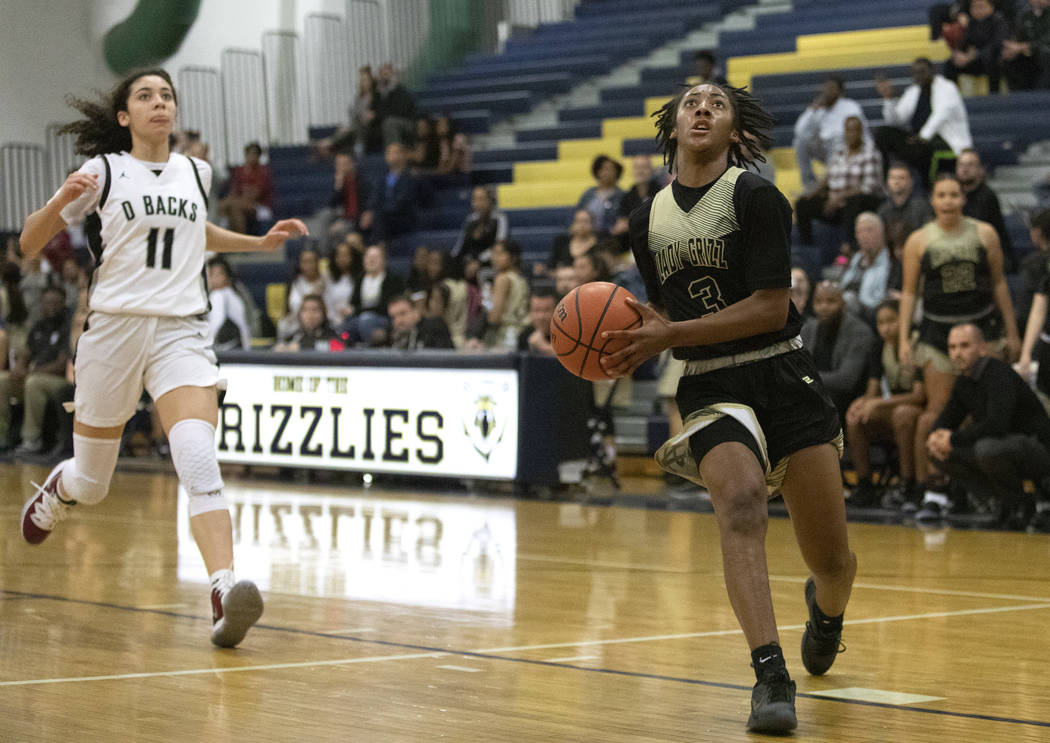 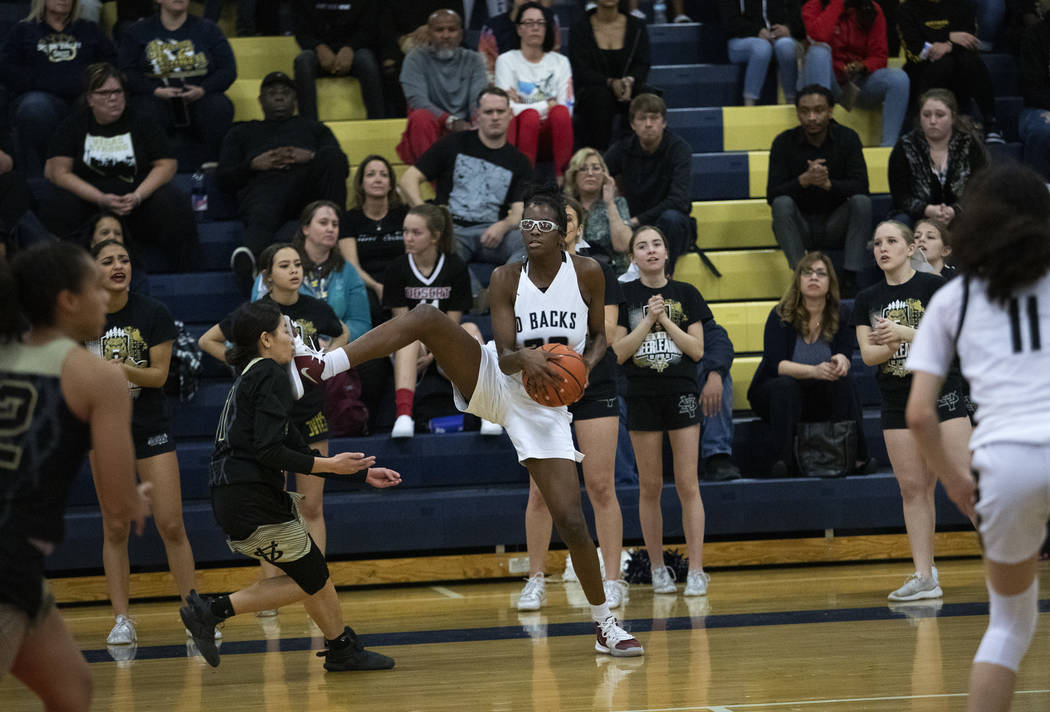 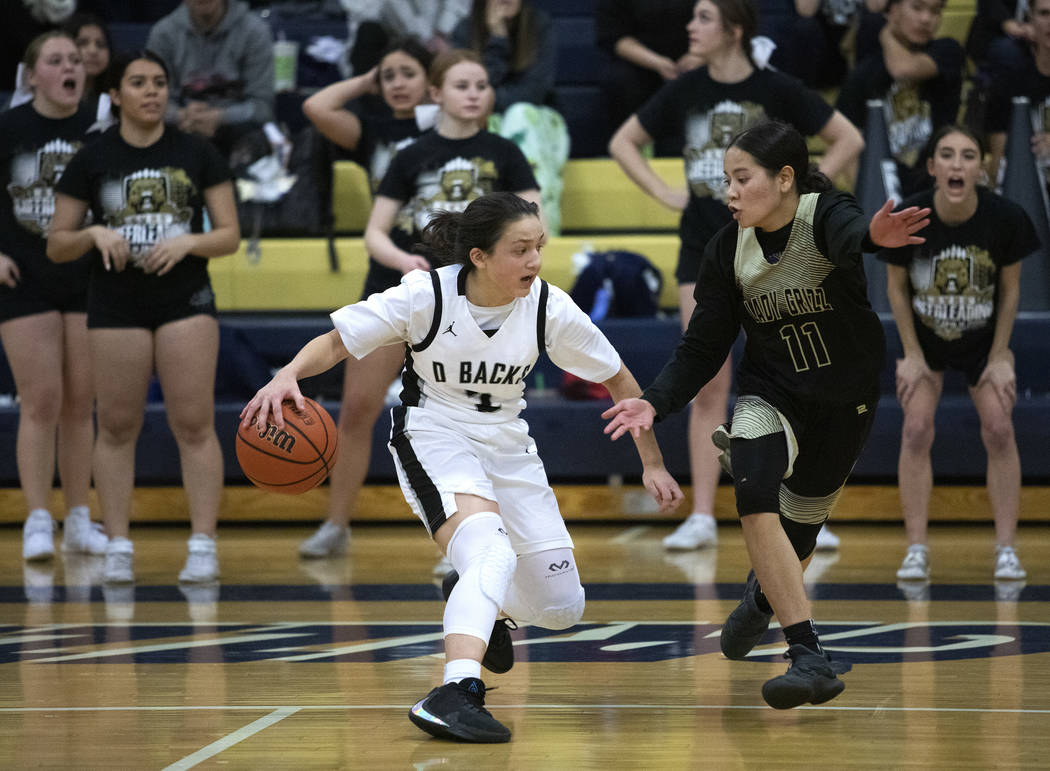 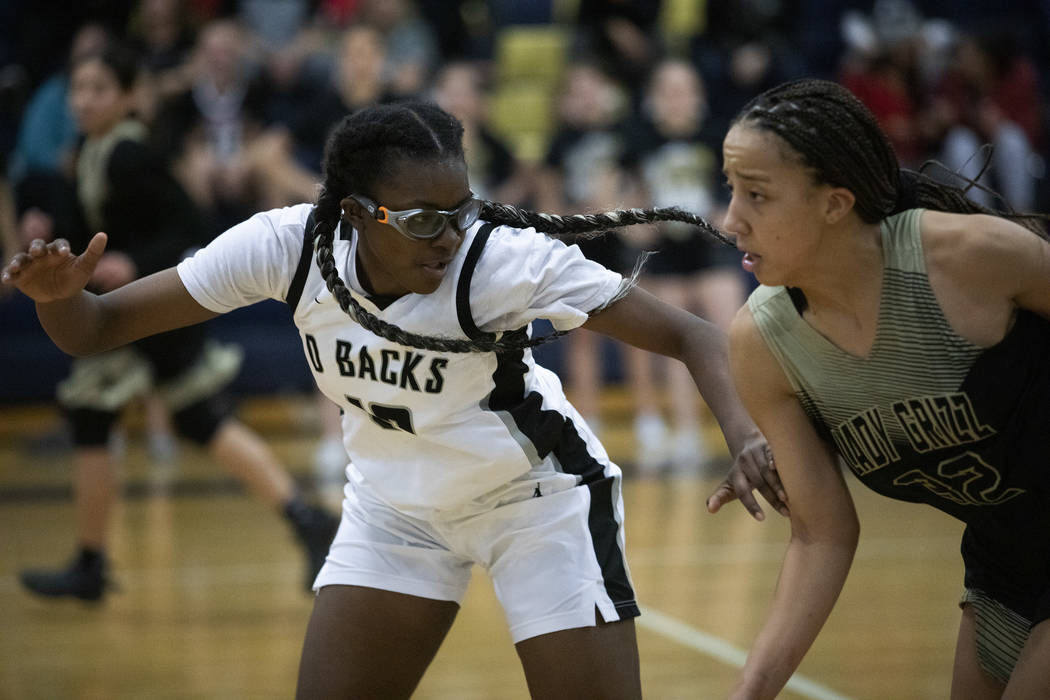 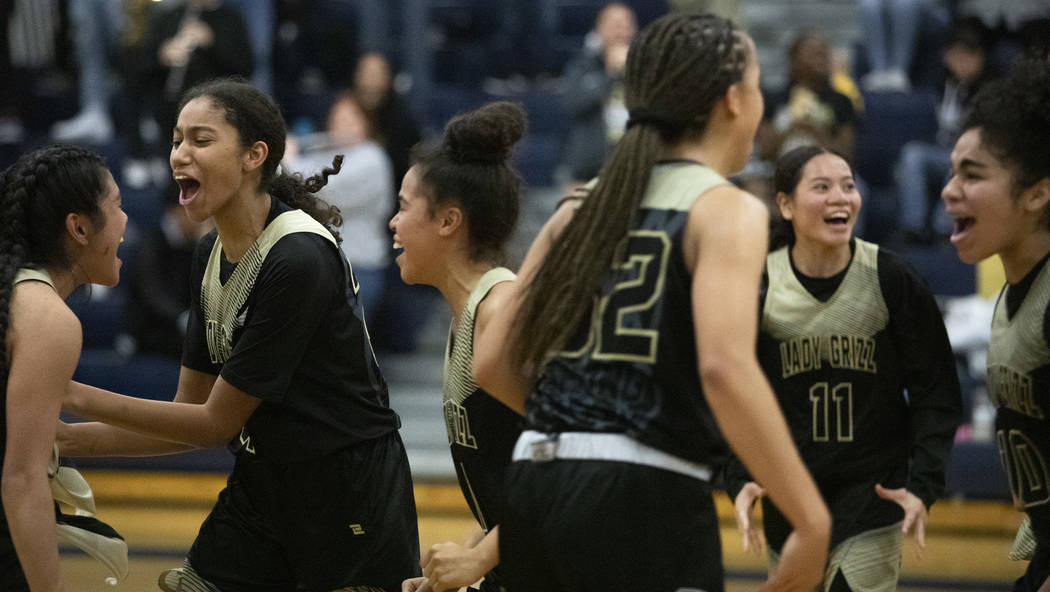 Teams are usually ecstatic after winning a big game, but that didn’t describe Spring Valley on Tuesday night.

The girls basketball team was happy to defeat Desert Oasis 66-63 in overtime, but the Grizzlies recognized they still have work to do.

“The win puts us in a very good position,” Spring Valley coach Billy Hemberger said. “I’m still not content with where we’re at. In my mind, it shouldn’t have been that close. We have to get a lot better, but we did win a big conference game and defended our home court. That’s key.”

In what figures to be a three-team race for the Southwest League title, the Grizzlies have jumped to the forefront with home wins over Bishop Gorman and Desert Oasis.

Six of Freeman’s points came in the final 12 seconds of the first half, when she drilled a 3-pointer, then got the ball back in the final seconds and watched as her heave from beyond half court found the bottom of the net.

“I was yelling to her ‘two, one,’ and she just launched,” Hemberger said. “Thank God that went in.”

That shot put an exclamation point on a 12-0 run to end the second quarter, and the Grizzlies scored the first four points of the second half to extend their largest lead at 34-23.

They again had a double-digit lead at 47-37 with less than five minutes left in regulation, but that’s when Desert Oasis’ Isabella Jaramillo got hot. She scored nine of her 18 points in a 1:07 span, and Desi-Rae Young went coast to coast for a layup, two of her 16 points, to pull Desert Oasis within 49-45 with 3:39 to go.

“You have to give Desert Oasis credit for their resiliency,” Hemberger said. “They could have quit, too, but they refused to. They have really good guard play and two bigs that battle, but our girls have heart.”

The lead changed hands three times down the stretch, and the game was tied in the final 20 seconds. Eliyjah Pricebrooks put the Diamondbacks (10-2, 2-1) ahead with a short bank shot, but Gayles scored with five seconds left to send the game into overtime.

After Desert Oasis scored the first four points, Spring Valley answered with seven straight and never trailed again. The Grizzlies got a 3-pointer from Rihanna Davis during that span for their only field goal in overtime.

Davis had nine points, seven rebounds and six assists while holding her own in the post defensively against the Diamondbacks’ much larger front line.