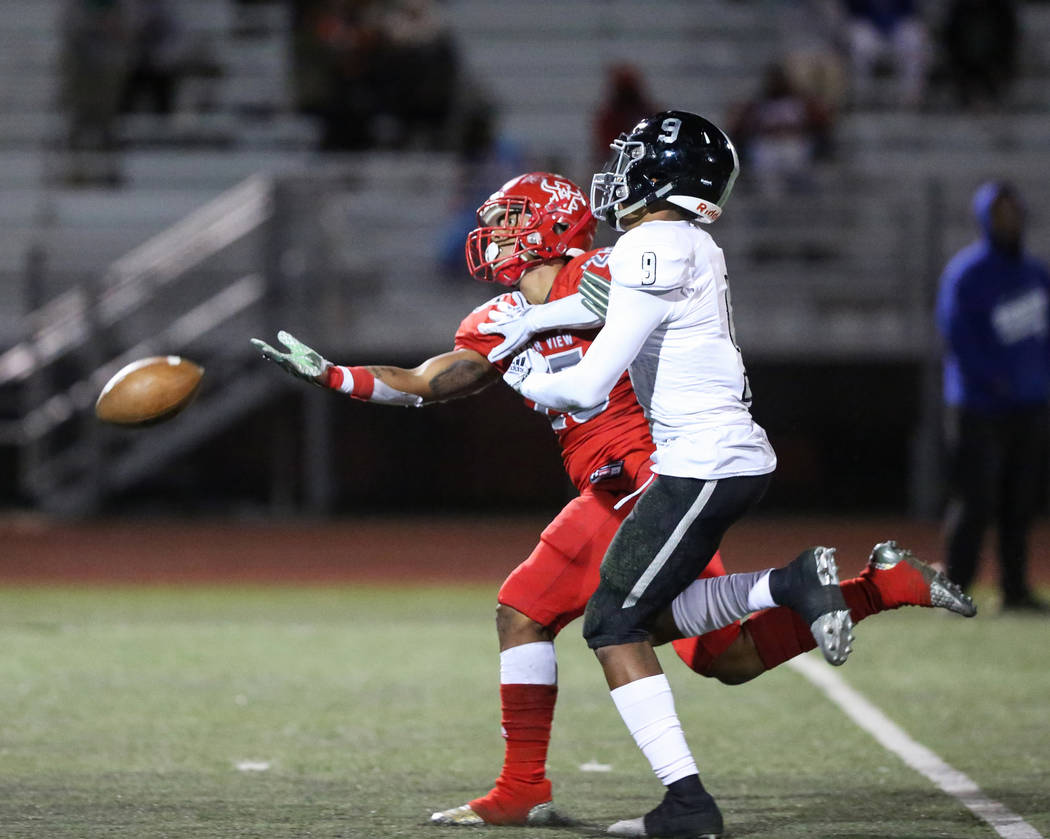 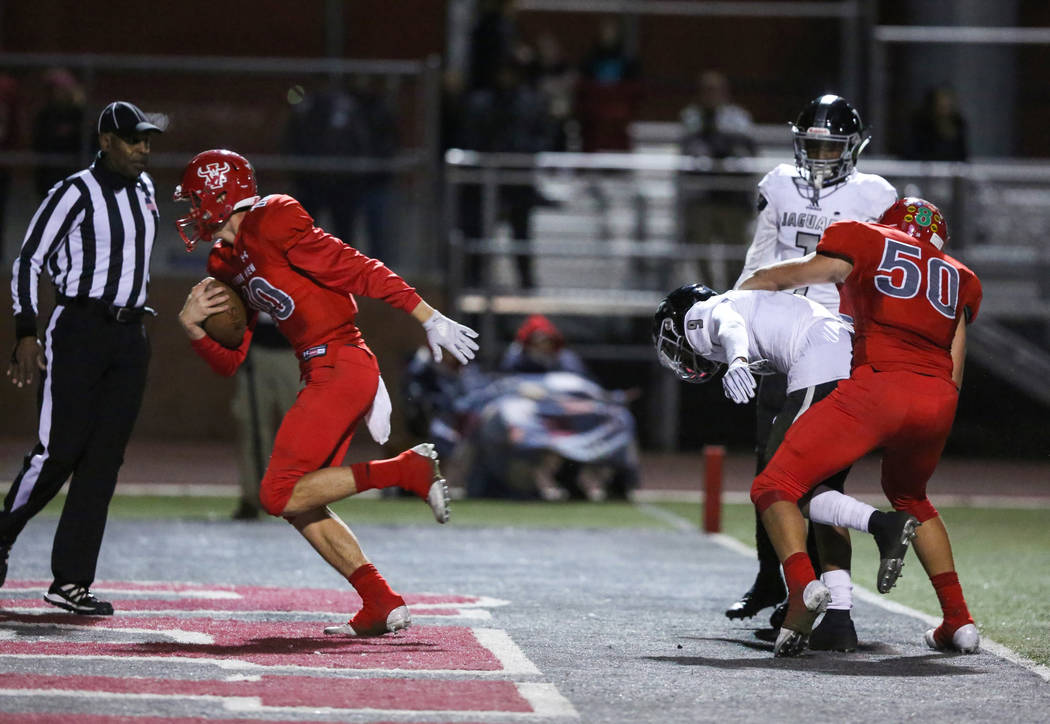 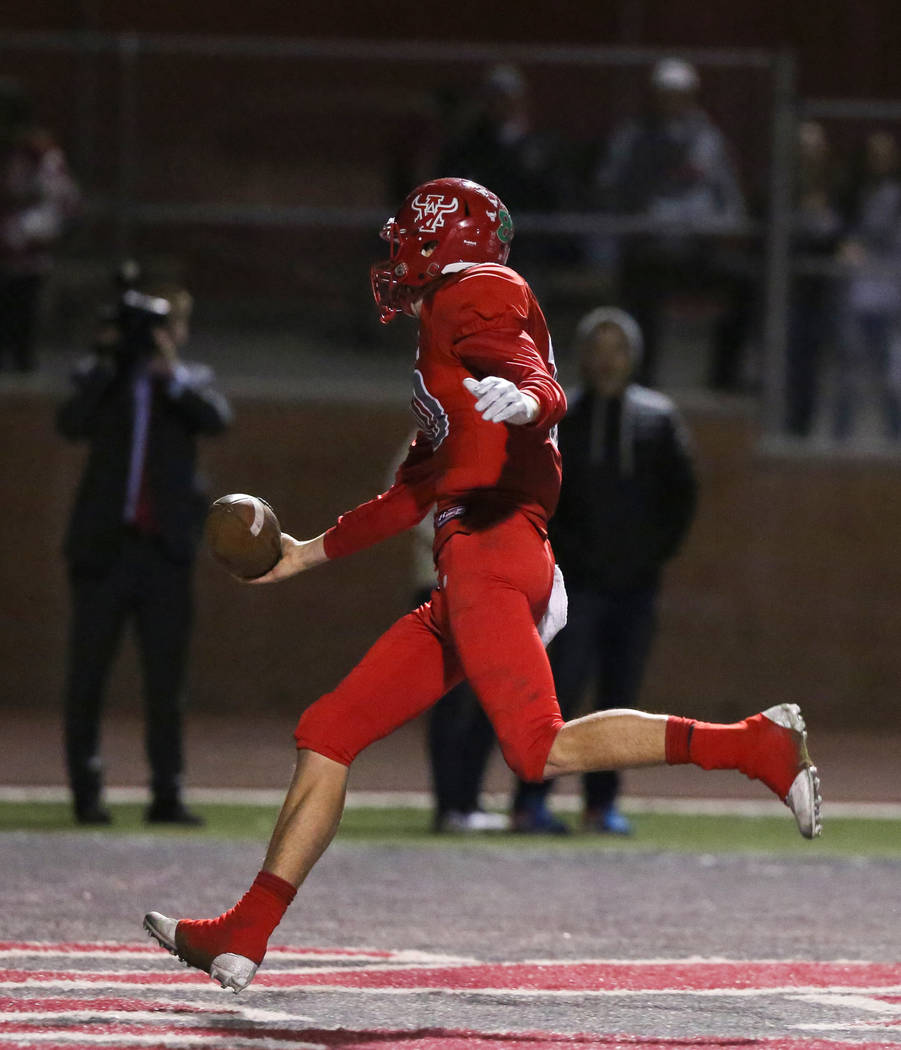 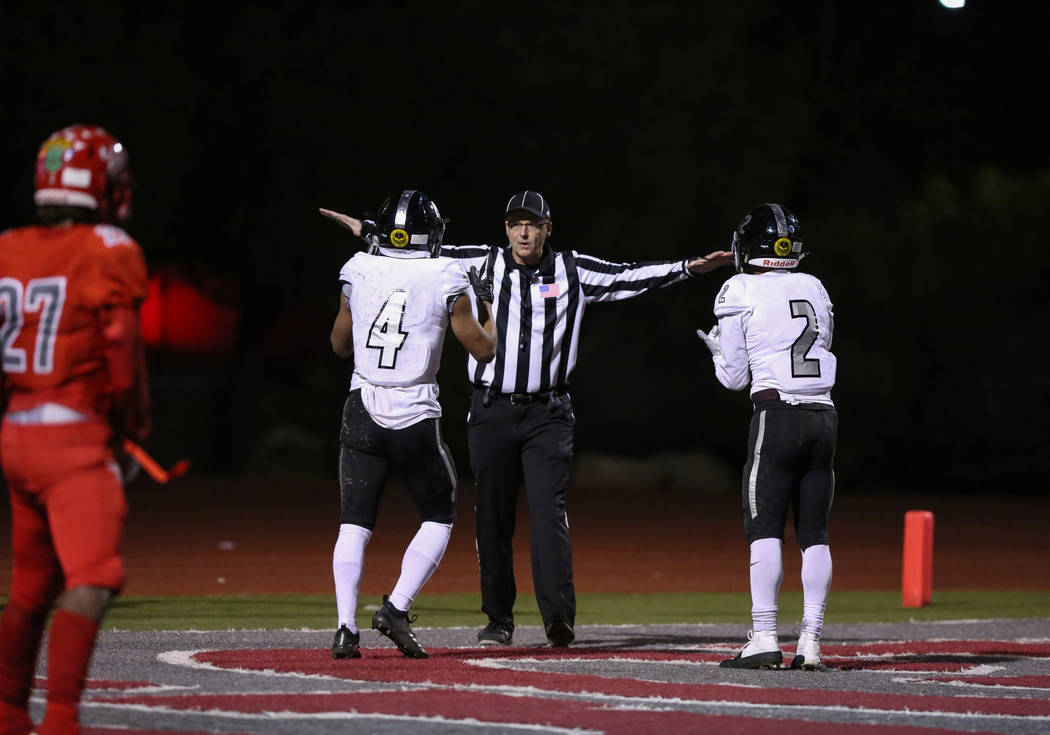 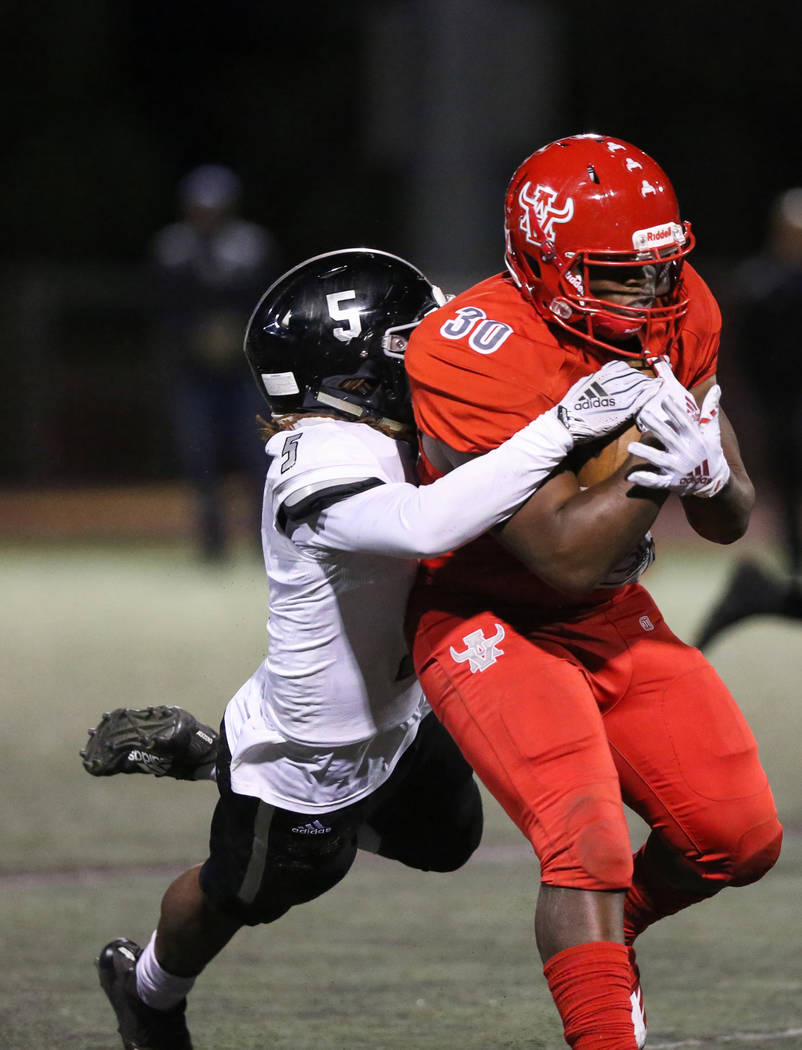 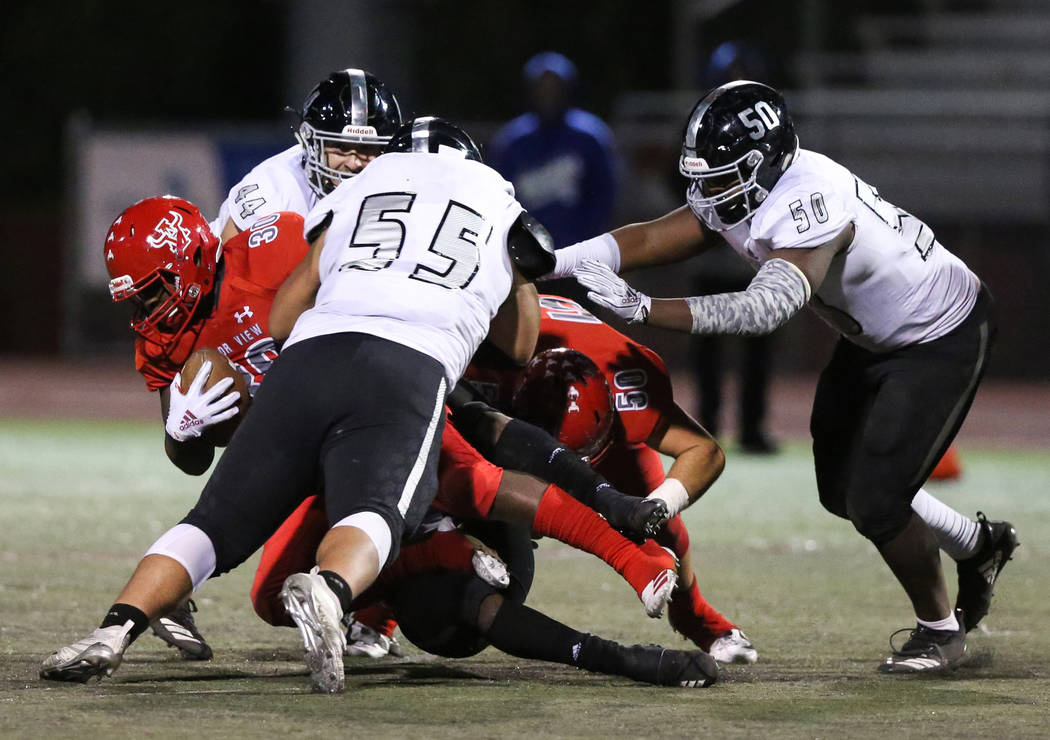 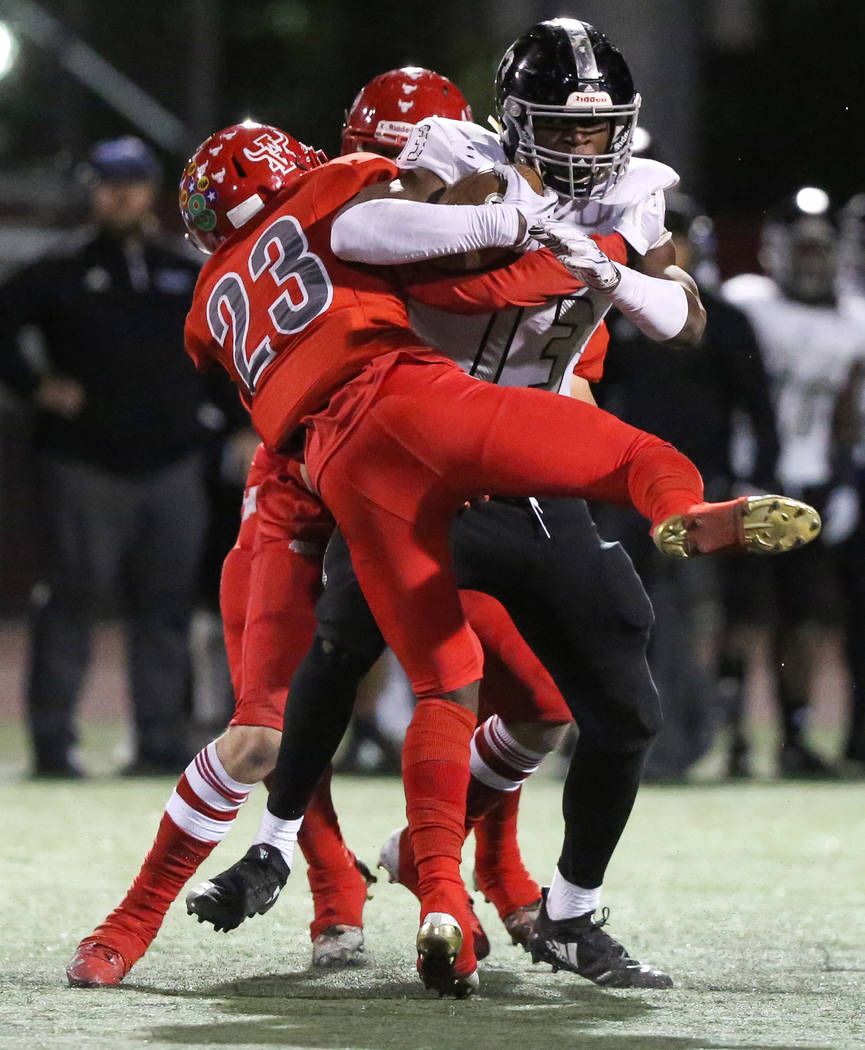 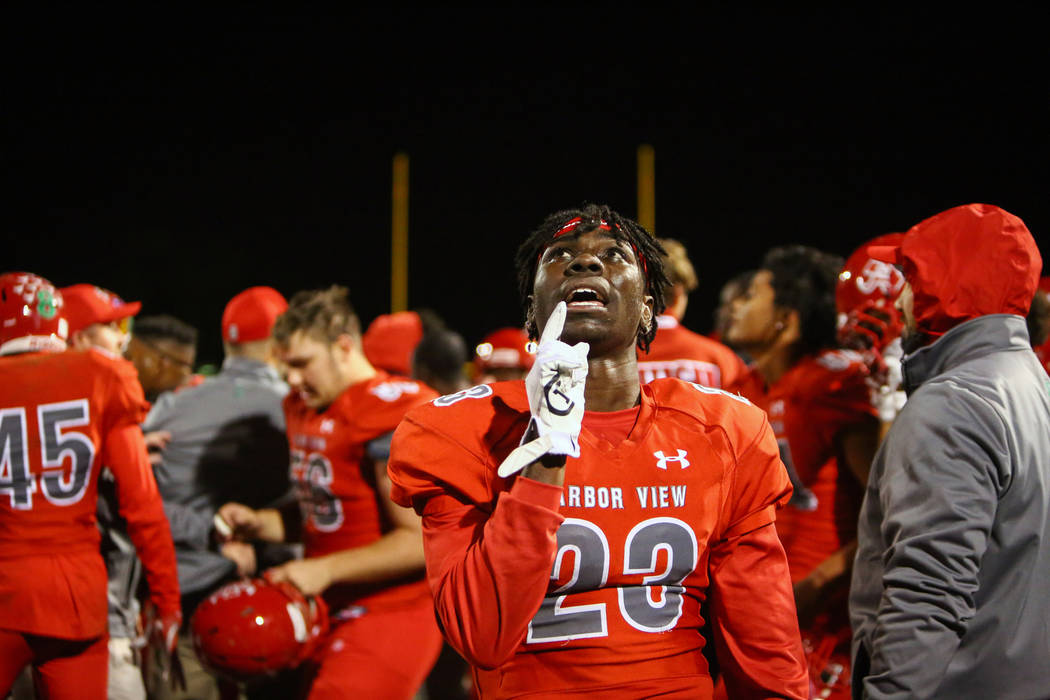 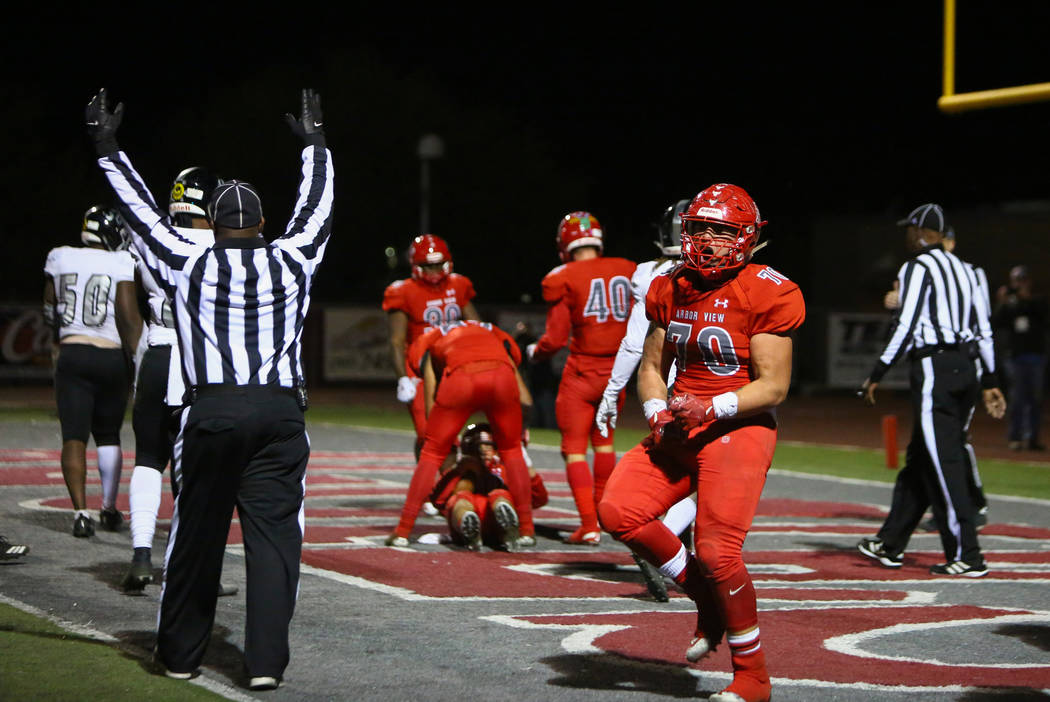 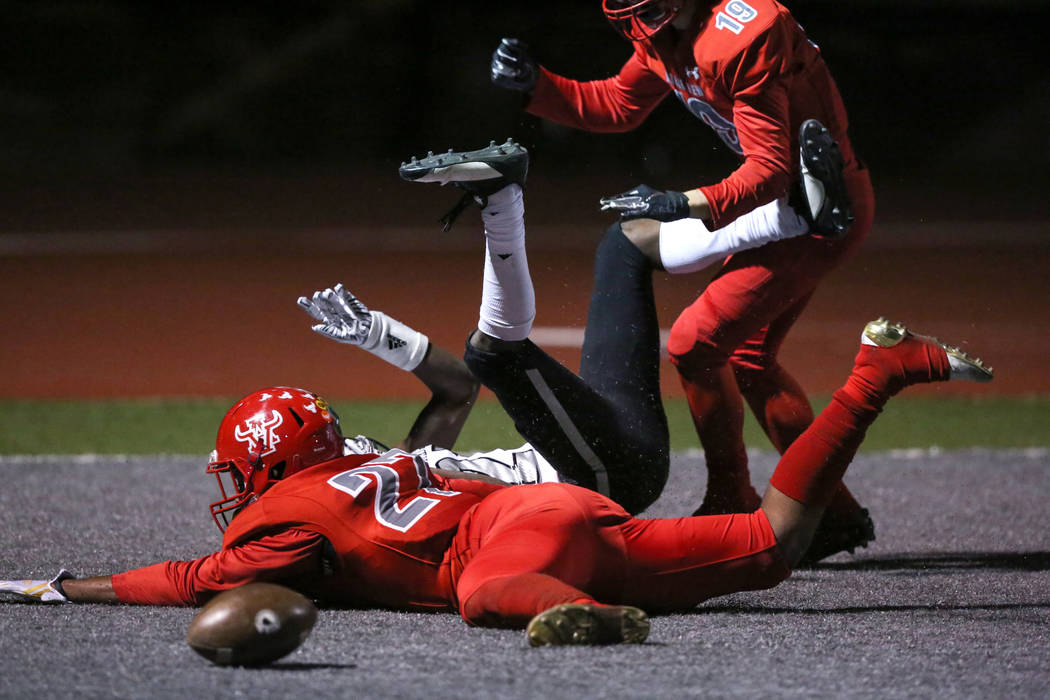 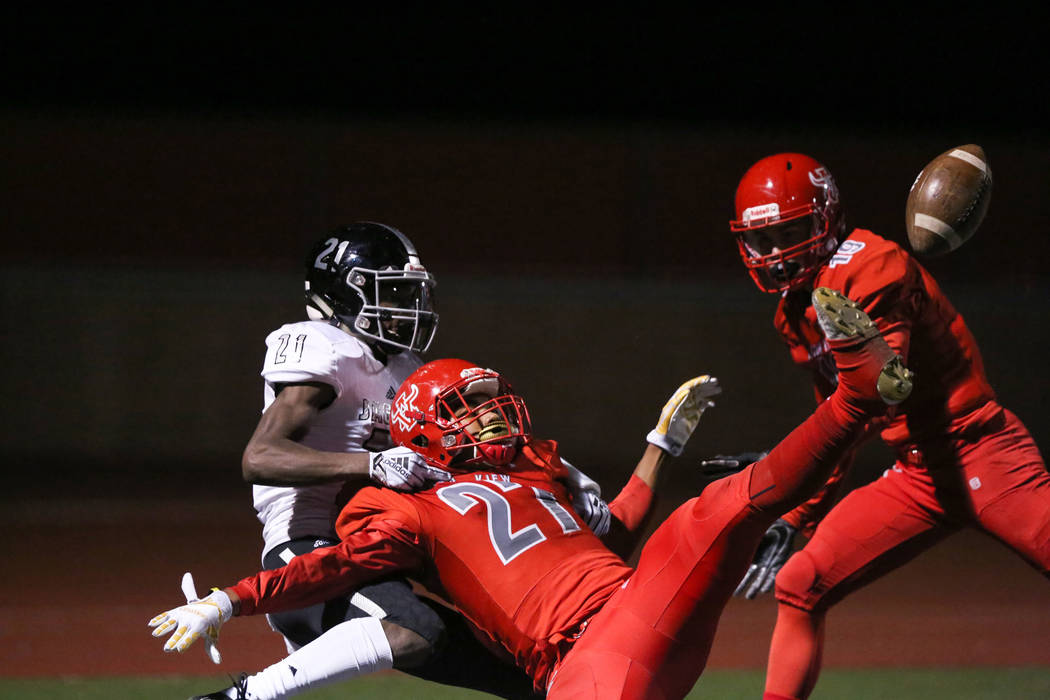 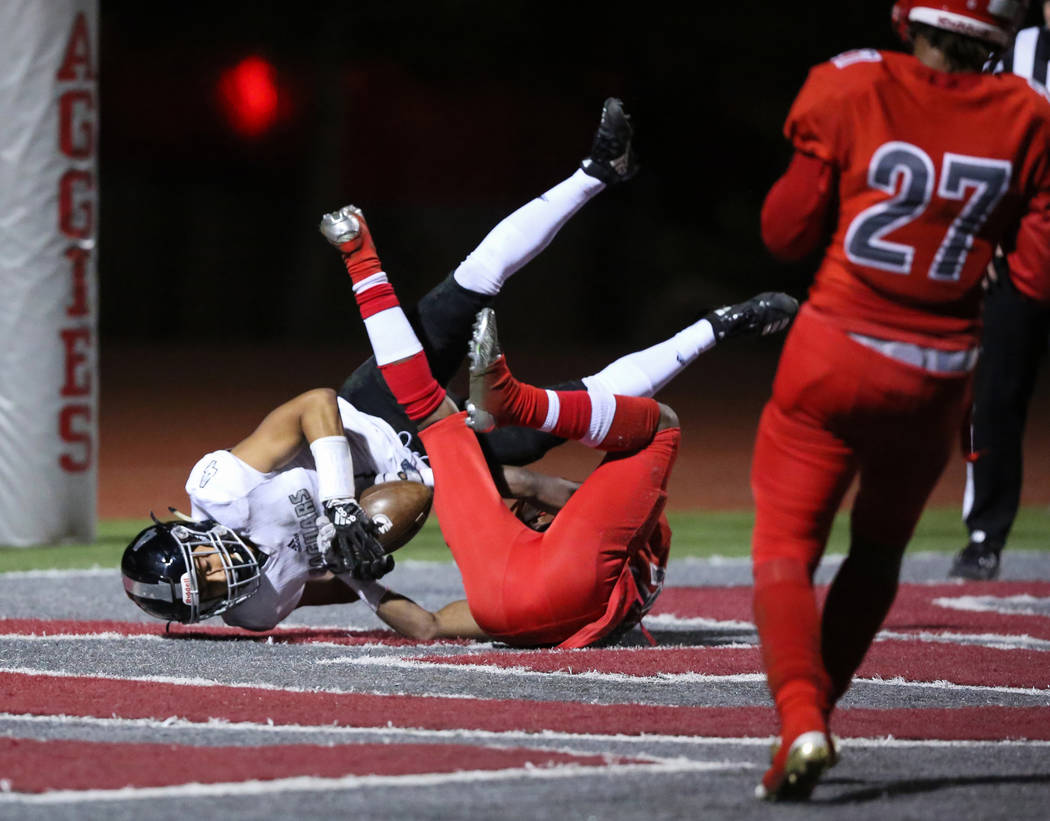 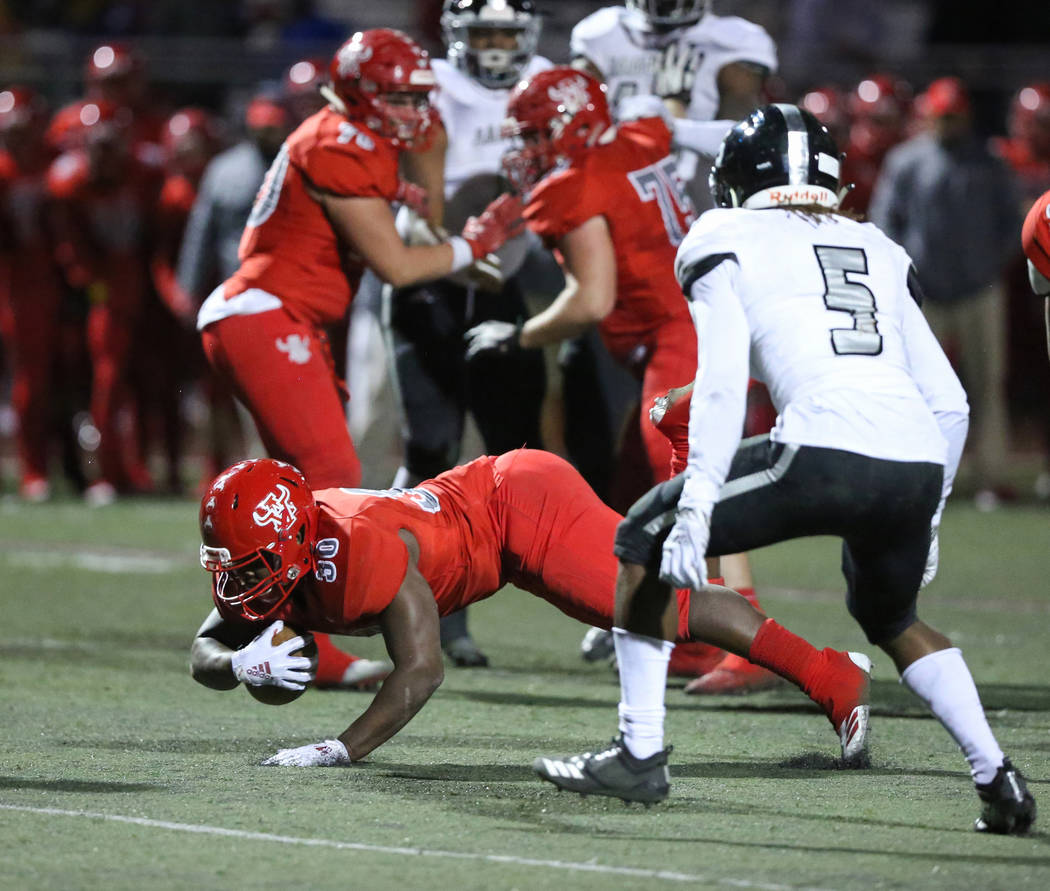 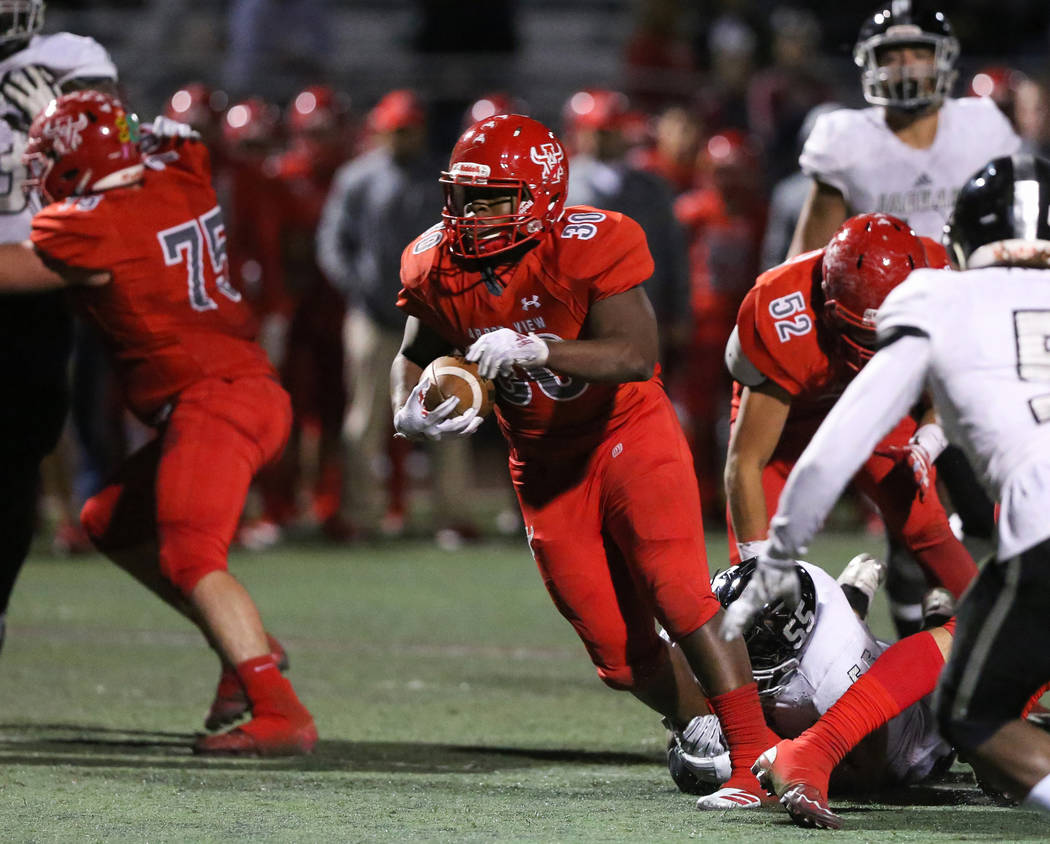 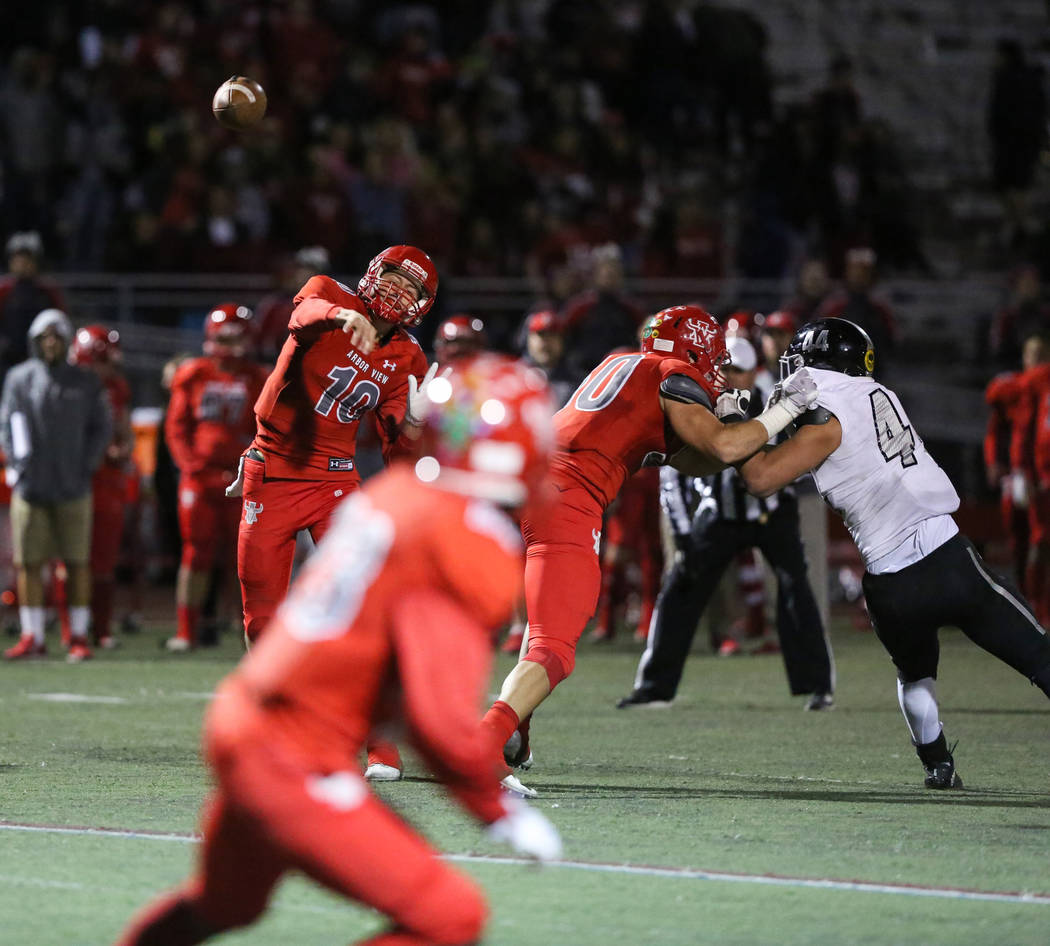 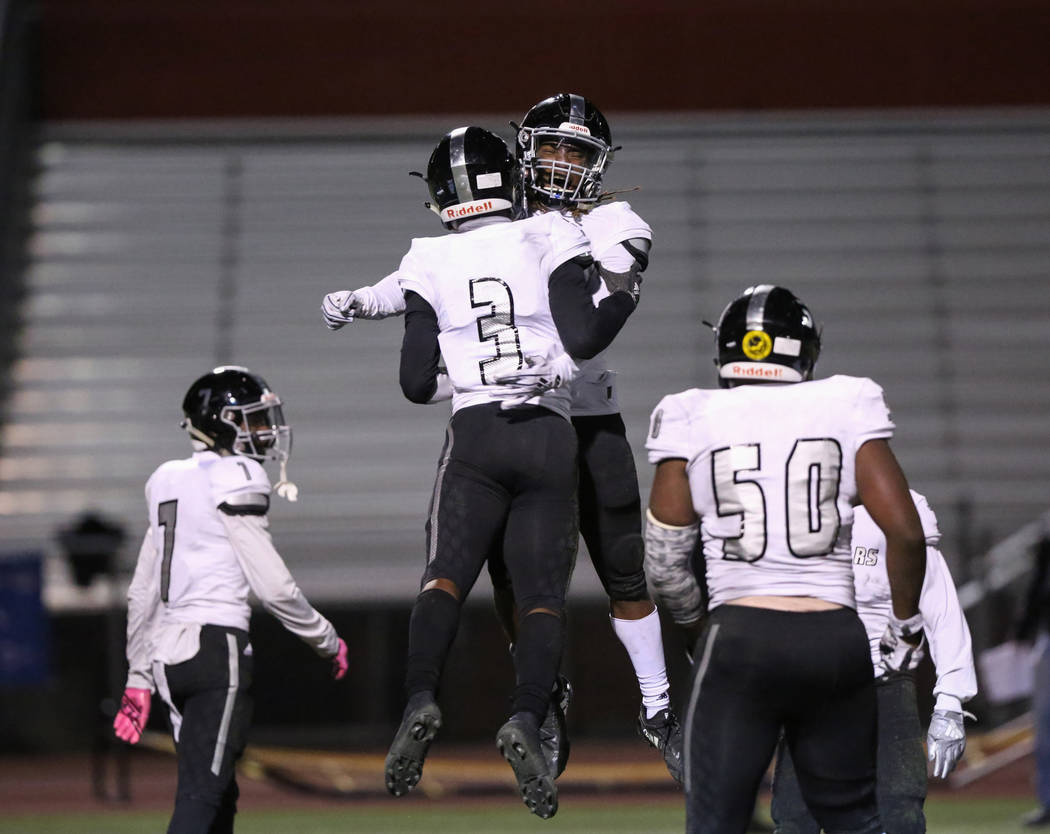 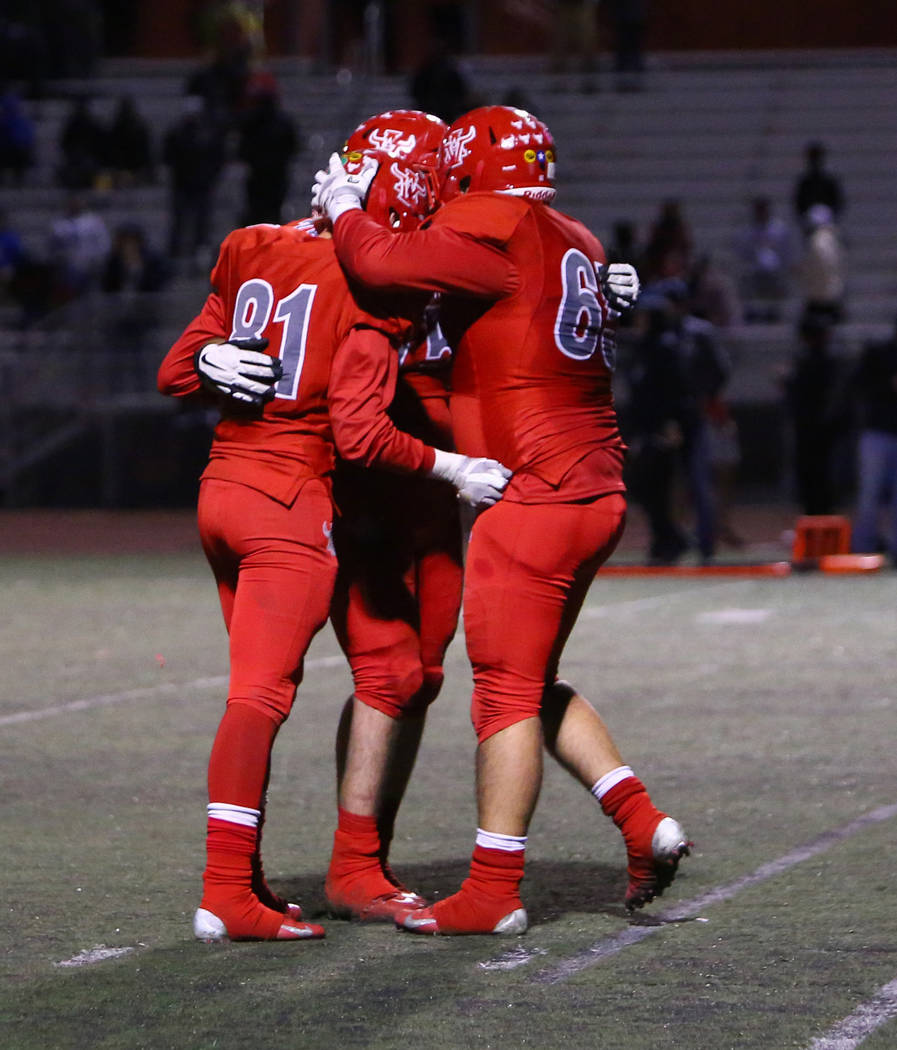 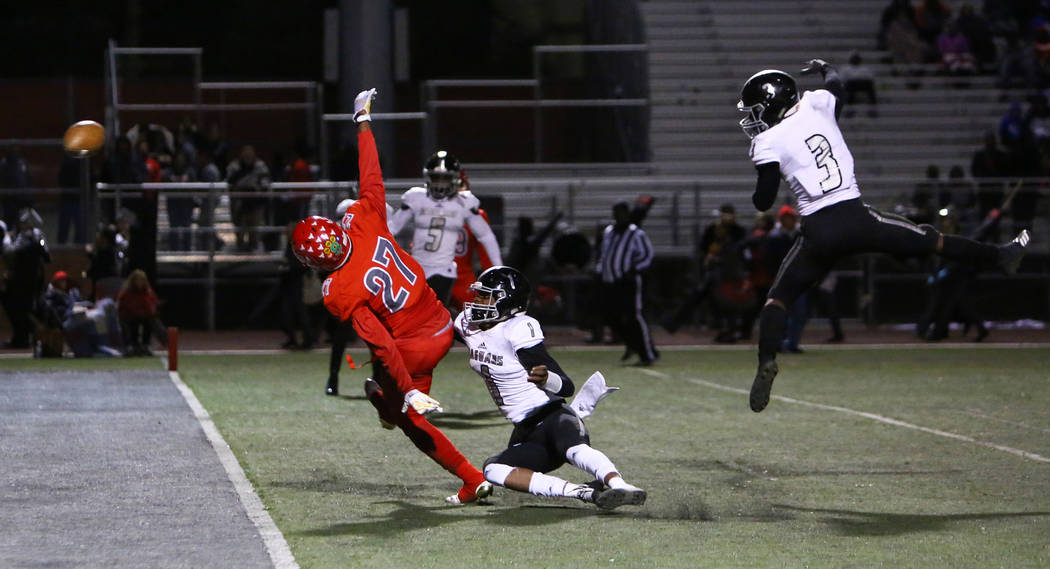 He chose instead to let the 28-21 victory speak for itself.

The Aggies (11-1) scored 21 unanswered points in the fourth quarter and forced a turnover on downs near their own goal line in the waning seconds to clinch a berth in the Mountain Region championship game opposite Faith Lutheran.

Barnson reminded his players of Saturday’s film session after the game, and ceded his usual post-game speech to the euphoric celebration taking place on the field around him.

“The kids know, they’ve wanted this,” Barnson said. “What do you say? Just an exciting game.”

The Jaguars (8-3) were ready for Arbor View’s vaunted double wing offense and held Aggies star running back Kyle Graham to a season-low 55 yards on 22 carries. Desert Pines quarterback Tyler Williamson connected with Branden Thomas for a 92-yard touchdown in the first quarter, and Jamel Brown scored two defensive touchdowns in the third quarter to help the Jaguars secure a 21-7 lead.

But the Aggies didn’t veer away from their offensive and defensive principles, and chipped away with a series of scores and defensive stops. Graham converted a key fourth down before rushing for a 3-yard score. A timely three-and-out set up Arbor View quarterback Logan Bollinger’s first touchdown run, and a fumble recovery set up his second one — to take the lead with 2 minutes, 49 seconds to play.

“We just kept on going,” said Bollinger, who returned Friday after missing a month with a broken foot. “We just had a leading mentality going down the field, knowing we were going to score.”

Williamson completed a pair of long passes on the ensuing drive to set up a goal-to-go opportunity for the Jaguars at the 4-yard line, but Arbor View’s defense stood tall on three running plays and forced an incompletion in the final seconds.

“We stopped them, and they were frustrated,” Aggies linebacker J.J. Tuinei said. “All these guys, very different guys coming together and making the best team we can. It’s great. It’s fun.”