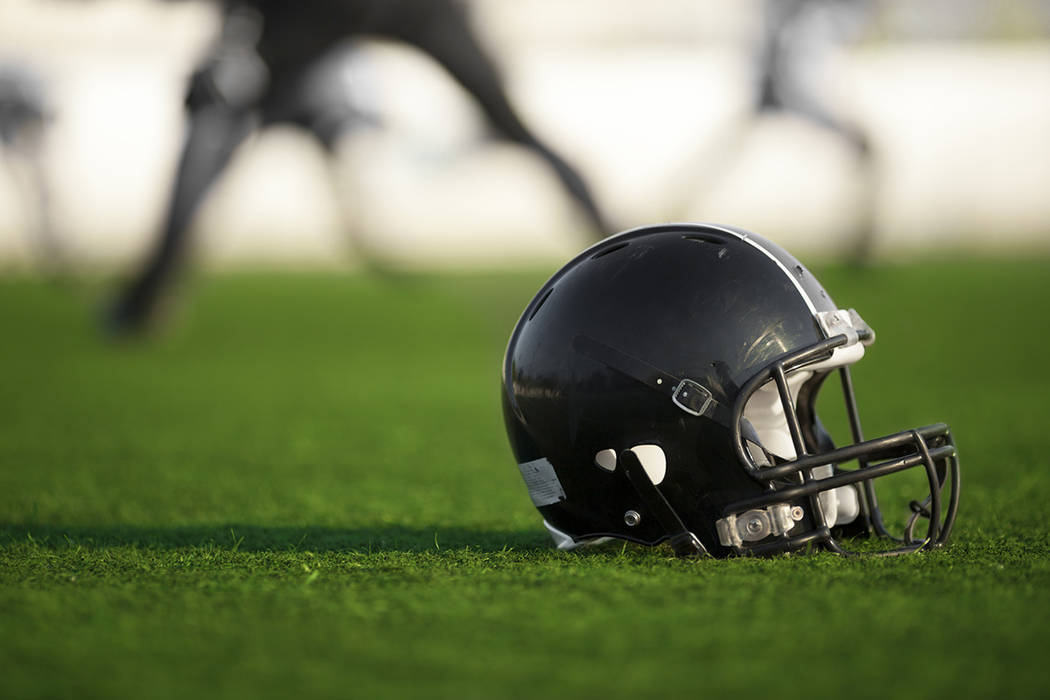 Spring Valley couldn’t pull a rabbit from the proverbial hat.

There were no miracles for the Grizzlies on Thursday night.

Instead, it was business as usual for Bishop Gorman’s football team, which has now won 88 consecutive games against teams from Nevada,

The Gaels (4-2, 2-0 Southwest League) polished off their second straight shutout victory in six days, 63-0, over the visiting Grizzlies on Thursday night.

“In order to get to the playoffs, you’ve got to get through these games,” Bishop Gorman coach Kenny Sanchez said. “And for the kids that don’t normally play, they like to get in. They like to play in this stadium.”

Bishop Gorman amassed 280 yards of total offense and six touchdowns on a total of 17 plays from scrimmage in the first half.

Spring Valley managed just eight total yards in the first 24 minutes, punted five times, and turned it over twice. The Gaels ignited running time with 11:53 left in the second quarter after Michah Bowers intercepted Grizzlies quarterback Sylo Stanton and zipped into the end zone from five yards out.

Amod Cianelli scored twice on the ground — from eight and 17 yards — and had 66 yards rushing on six carries in the first half.

Bishop Gorman quarterback Dorian Thompson-Robinson completed 7 of 8 passes for 184 yards and three scores – including strikes of 52 yards to Cedric Tillman and 58 yards to Jordan.

Spring Valley managed only a single first down in the entire first half, and the Grizzlies needed help to get it. Stanton launched a deep ball down the middle and drew a 15-yard pass interference call on a Gaels defensive back.

The Grizzlies didn’t cross midfield until their first possession of the third quarter, getting a 26-yard completion on a reverse halfback pass from Jonathan Vazquez to Kash Jenkins that spotted the ball at the Bishop Gorman 48. Two plays later, a fumble turned the ball back to the Gaels.

Bishop Gorman’s second-unit offense ran out the remainder of the third quarter, and Zavien Ragsdale scored from seven yards out for the Gaels’ final score of the game.