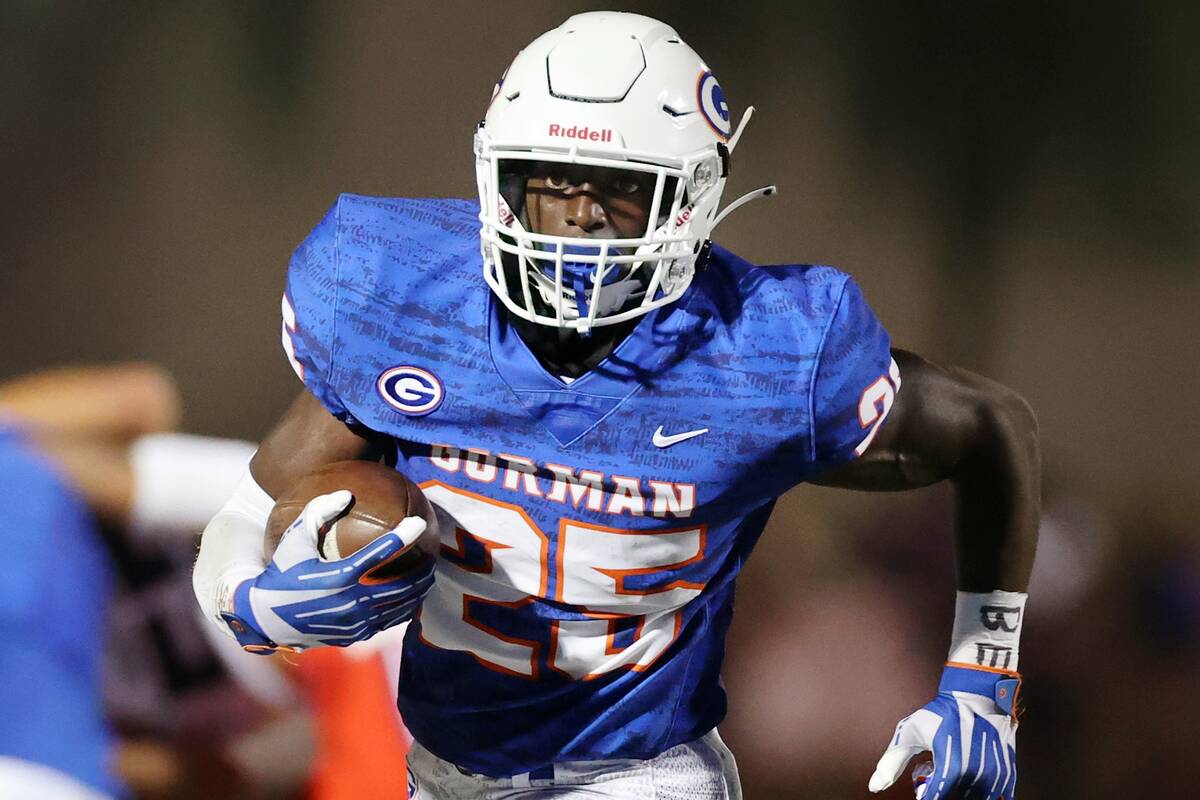 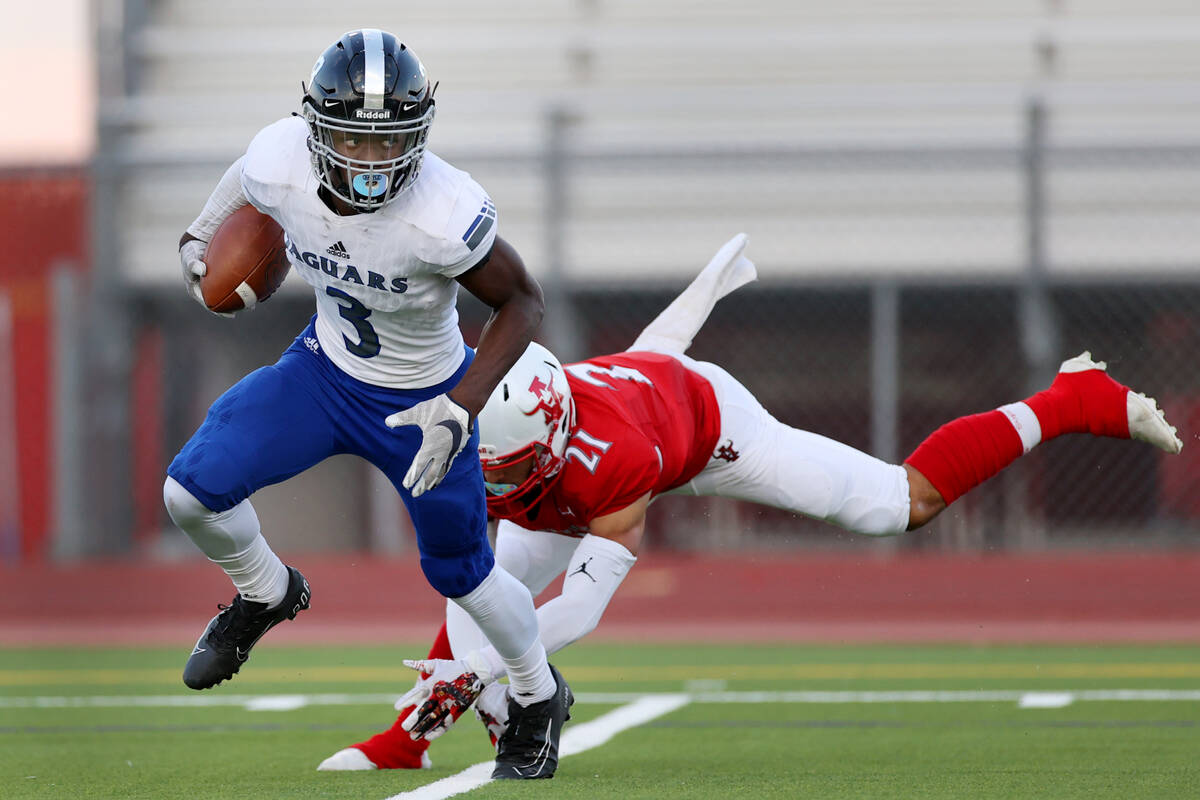 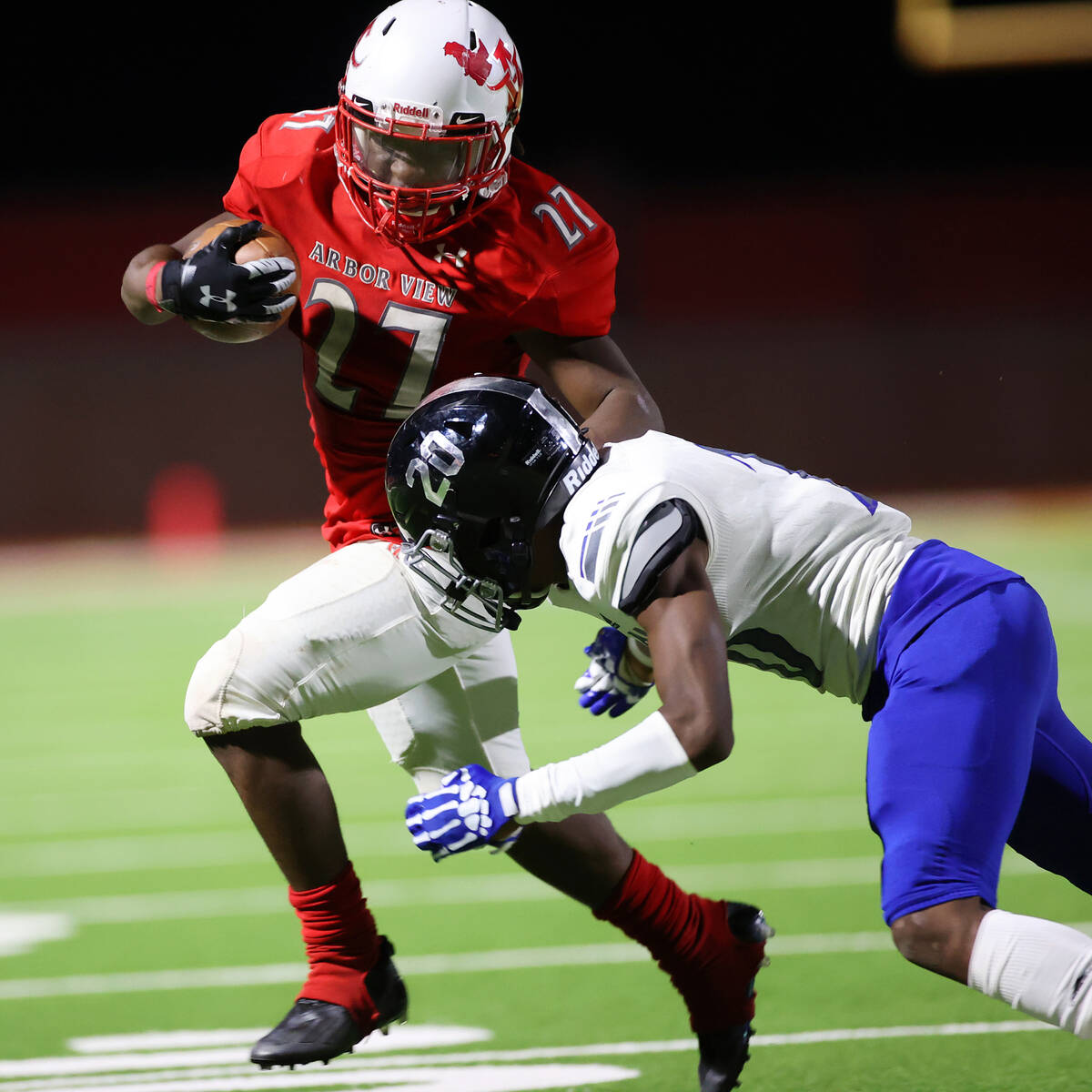 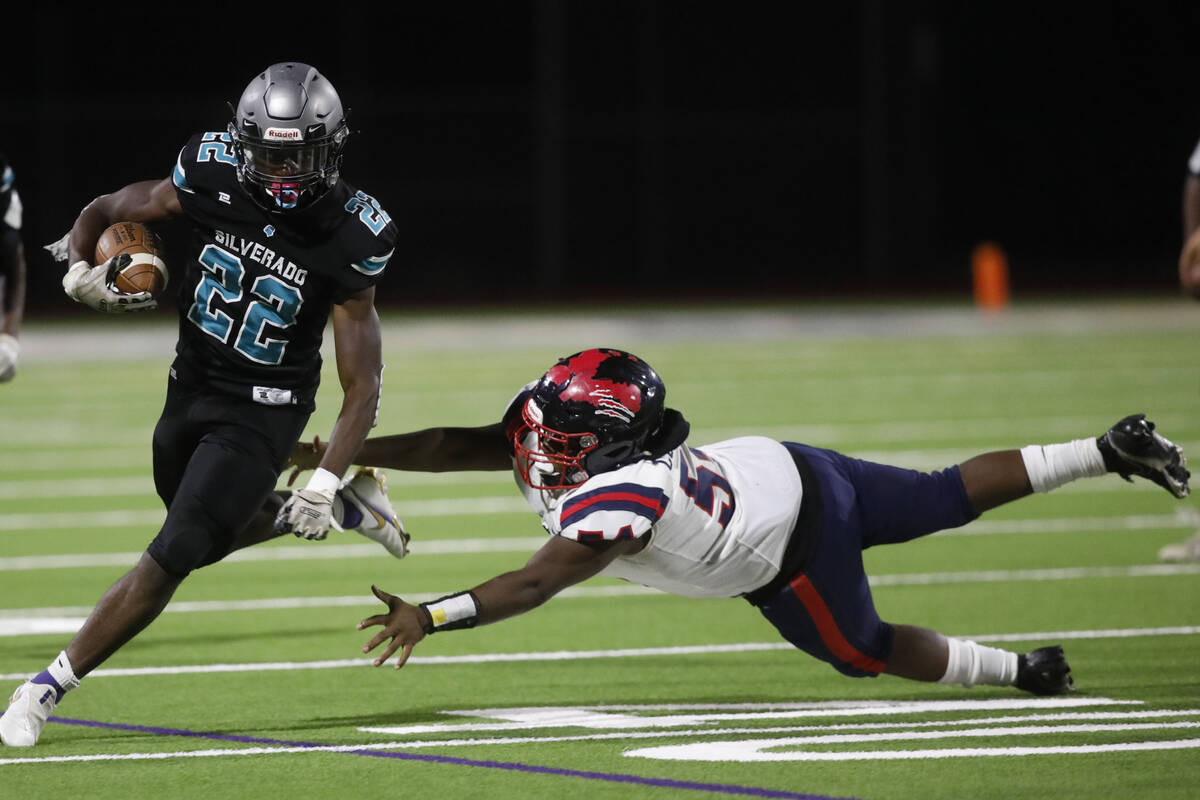 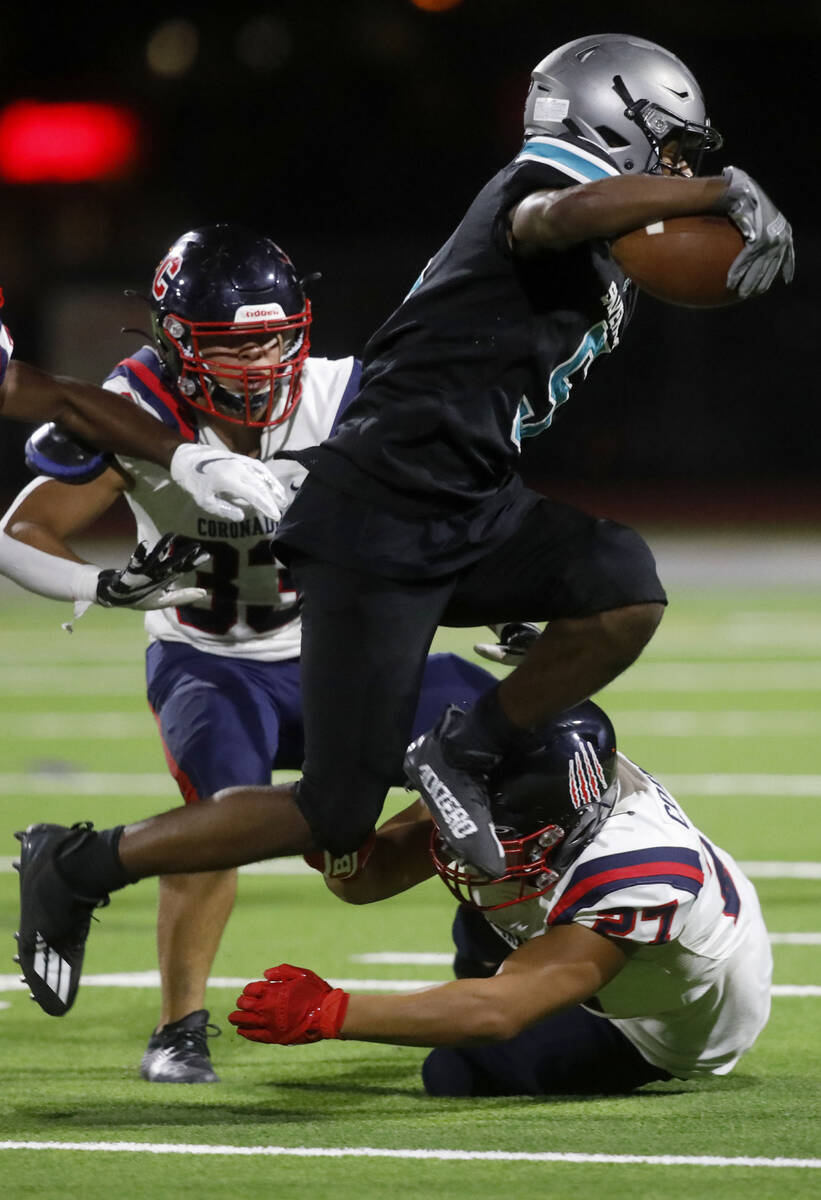 Bishop Gorman, ranked seventh in the nation by USA Today, was on cruise control Friday night, and a sweep of its out-of-state schedule seemed all but a certainty.

But 24th-ranked Hamilton recovered two onside kicks on its way to 18 unanswered points in the final 1:05, and quarterback Nicco Marchiol ran in a 2-point conversion with eight seconds left to give the Huskies a stunning 25-24 victory in Chandler, Arizona.

The Gaels were hoping to sweep its out-of-state schedule for the first time since its last national championship in 2016.

The game was broadcast live on ESPNU, the first time the Gaels had a chance to showcase their program on national TV since a 42-0 loss to Mater Dei (California) in the 2018 season opener.

After Hamilton (3-0) scored a touchdown on its first drive, it was stifled by the Gorman defense until the final barrage.

Matthew Krneta made a 46-yard field goal with 1:05 left, and Marchiol threw touchdown passes of 1 yard to Michael Masunas and 22 yards to Nick Switzer to pull off the comeback. Marchiol finished with 144 yards and three touchdowns and an interception, plus 63 yards rushing.

The Gaels (3-1) outgained the Huskies 453 to 234 and kept the ball the majority of the game. William Stallings, playing for the injured Cam Barfield, rushed for 161 yards and a touchdown, and Micah Alejado threw for 182 yards and a touchdown with an interception and ran for 58 yards and a score as Gorman scored 24 straight points after Hamilton scored on its opening drive.

Zachariah Branch caught Alejado’s touchown pass, a 28-yarder that made it a 24-7 lead with 9:02 left, and finished with 109 yards on five catches. Branch grabbed Alejado’s last-ditch effort at the Gorman 42, but was unable to pitch it back to a teammate as time expired.

Shadow Ridge (3-1) scored 28 points in the first quarter, led 49-20 at halftime and ran up 651 yards of offense. Jaquieze Holland ran for 126 yards and two touchdowns for the Mustangs in dealing Desert Oasis (3-1) its first loss.

Canyon Springs (1-2) let a 13-0 lead get away as Faith Lutheran scored 21 straight points. Davion McCoy scored on a 17-yard run, and Willis connected with Dionn Whittaker for the 2-point conversion to tie the game with 4:56 left in regulation.

Willis was 15-for-24 for 160 yards with two touchdowns and one interception for Canyon Springs. Rylan Walter was 13-for-16 for 104 yards and two touchdowns for Faith Lutheran (1-3).

Paul connected twice for scores with Michael Gazzana and once apiece with Cole Reed and Kendric Thomas for Foothill (1-1). Thomas also scored on a 7-yard run, and Jack Throw ran for a 50-yard score.

Palo Verde 27, Basic 6 — At Basic, the Panthers (3-1) scored 27 straight points in the second half after trailing 6-0 at halftime for their third straight win.

Liberty 48, Legacy 7 — At Liberty, Jayden Maiava threw for 285 yards and four touchdowns, and the Patriots bounced back from last week’s loss to No. 1 Mater Dei (Calif.).

Durango 51, Cheyenne 20 — At Durango, Maverik Cormier threw for two scores and Cole Marquez ran for two for the Trailblazers.

Micah Reyes caught a touchdown pass and returned an interception for a score for Durango (3-2). Cheyenne dropped to 1-3.

Lebon Makwashi returned an interception for a score, and Matthew Solomon scored on a blocked punt for Clark (4-0). Sierra Vista, which on Thursday replaced Spring Valley as the Chargers’ opponent, fell to 0-5.

Bonanza 30, Sunrise Mountain 0 — At Bonanza, Jacob Ah Mook Sang threw for a touchdown and returned an interception for another as the Tigers got their first win.

Chaparral 35, Eldorado 22 — At Chaparral, the Cowboys scored 14 points in the first quarter and 14 in the fourth to win the Cleat Game.

Gunner Redd scored on a touchdown reception and interception return for Moapa Valley (4-0), which came alive after a scoreless first quarter. Pahrump Valley fell to 1-1.

SLAM Nevada 52, Western 0 — At Eldorado, Donnell Colbert scored three touchdowns — one rushing, one on an interception return and one on a punt return — to help the Bulls win their third straight.

The Meadows 40, Calvary Chapel 7 — At Calvary Chapel, Sean Gosse was 10-for-15 for 147 yards and four touchdowns and ran for a score to lead the Mustangs.

Dawson Levine ran for 101 yards and a touchdown for The Meadows (3-1), which scored 21 second-quarter points to pull away. Calvary Chapel dropped to 0-2.