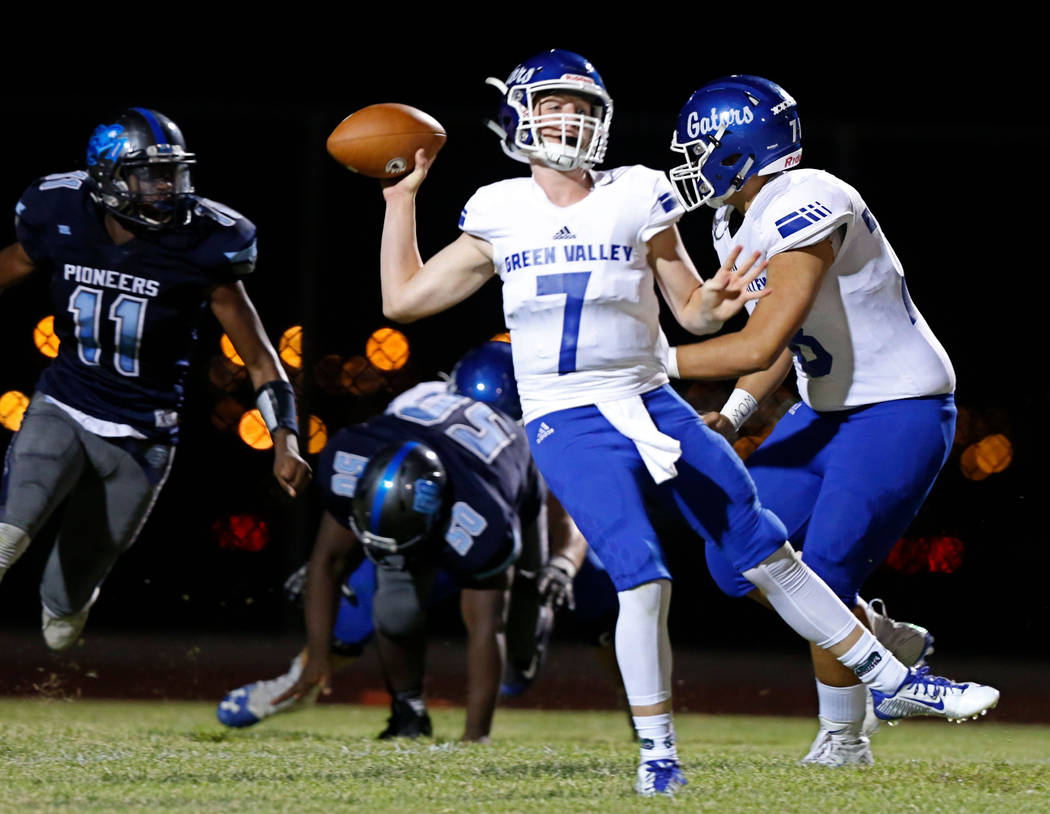 It’s another full week of football in the valley. Let’s take a look at five of the top matchups.

Lone Peak has a potent passing attack, with JD Neeleman having put up 1,100 yards and nine touchdowns. He has a pair of receivers in Shawn Wood and Trajan Hansen who have more than 400 yards apiece, and Wood has scored five TDs.

Liberty meets its fourth straight team that was ranked in the nation’s top 40 at the end of last season.

The Patriots have yet to find the win column, and Centennial has done so only once in facing a similarly difficult slate. Centennial is led by running back Nicholas Floyd, who has 467 yards and seven TDs rushing. The Huskies have used three quarterbacks, each of whom has completed 12 passes.

Palo Verde has yet to allow a point in the second half of its two games, but has had to come back to win both of them. Green Valley is still licking its wounds, literally and figuratively, after a 28-7 loss to Moapa Valley in which it lost starting quarterback Garrett Castro to injury in the second quarter. His status for Friday’s game is unknown.

Two teams trying to bounce back from losses and that approach things differently go at it in this one.

Arbor View’s ground-based double-wing attack will try to wear out the Legacy defense, while Legacy’s tandem of quarterback Evan Oleas and Aaron Holloway can strike any time through the air.

These teams are still looking to prove themselves despite a combined 5-1 record.

Chaparral is 3-0 behind a rushing offense that averages 225 yards. It will face a Clark defense that has allowed only six points in its last two games, wins over Rancho and Valley.