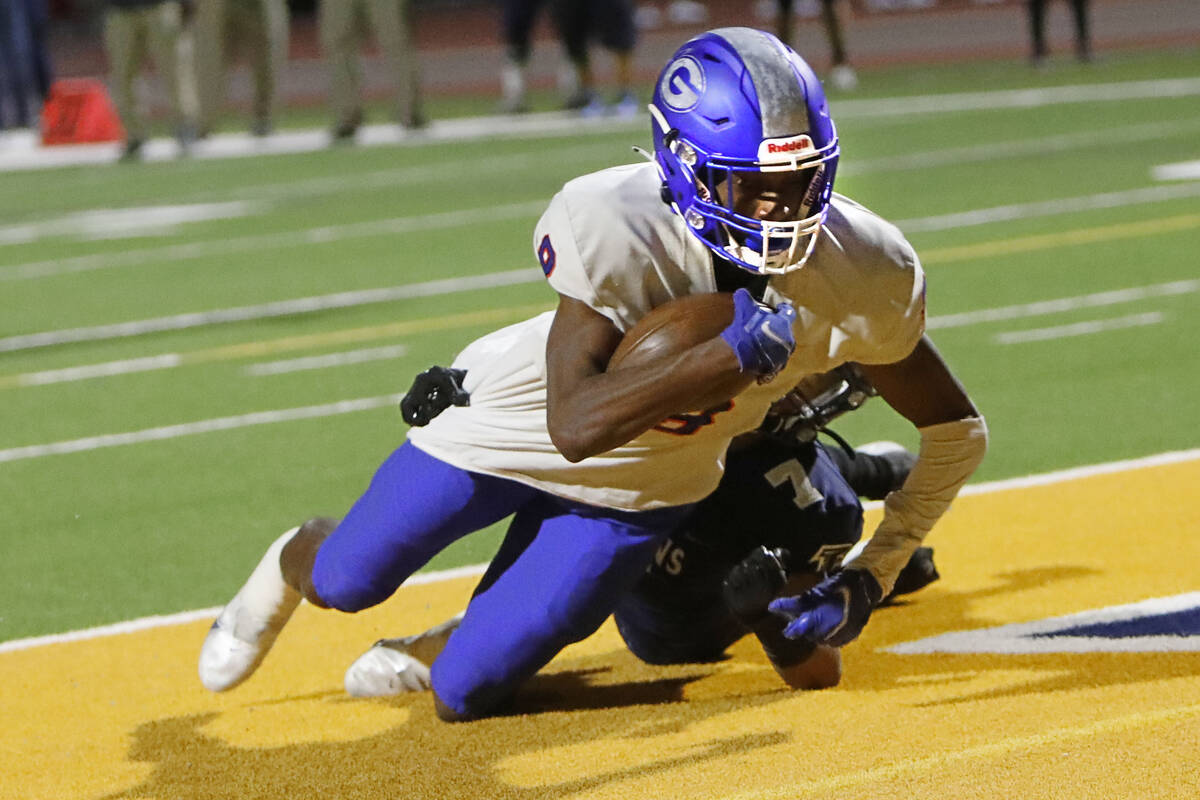 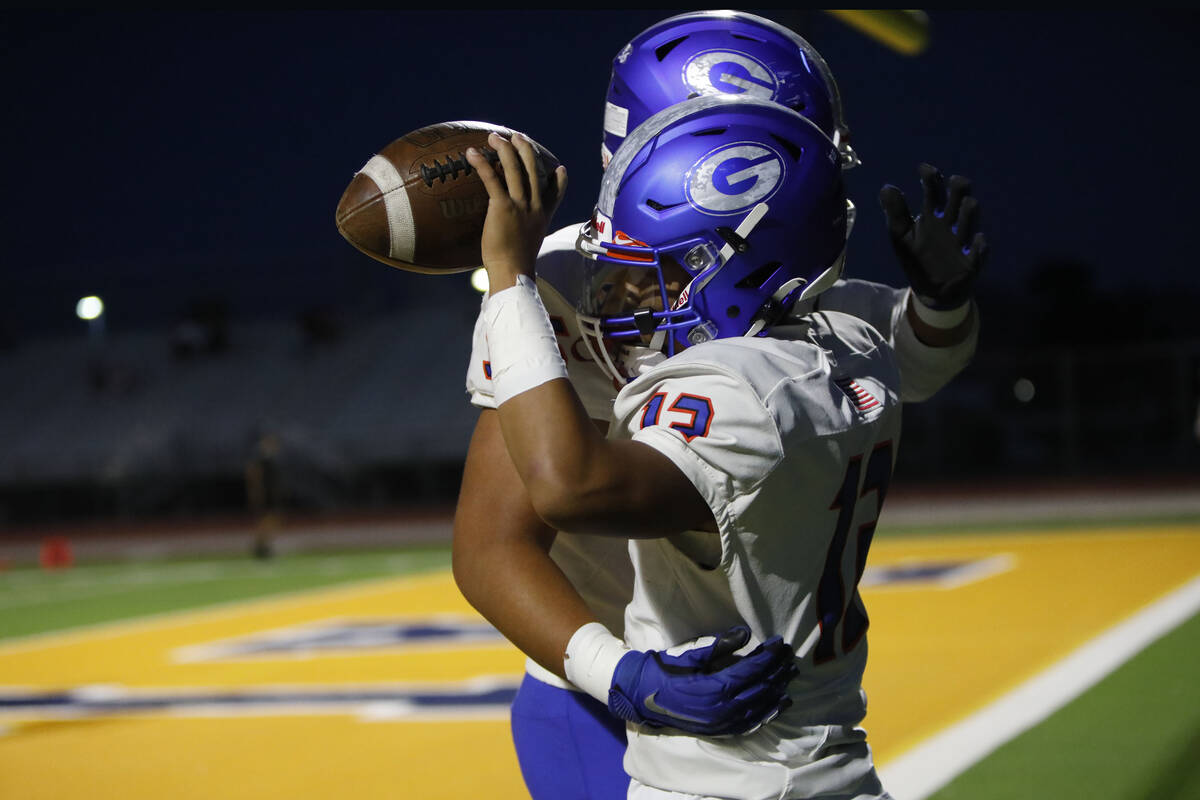 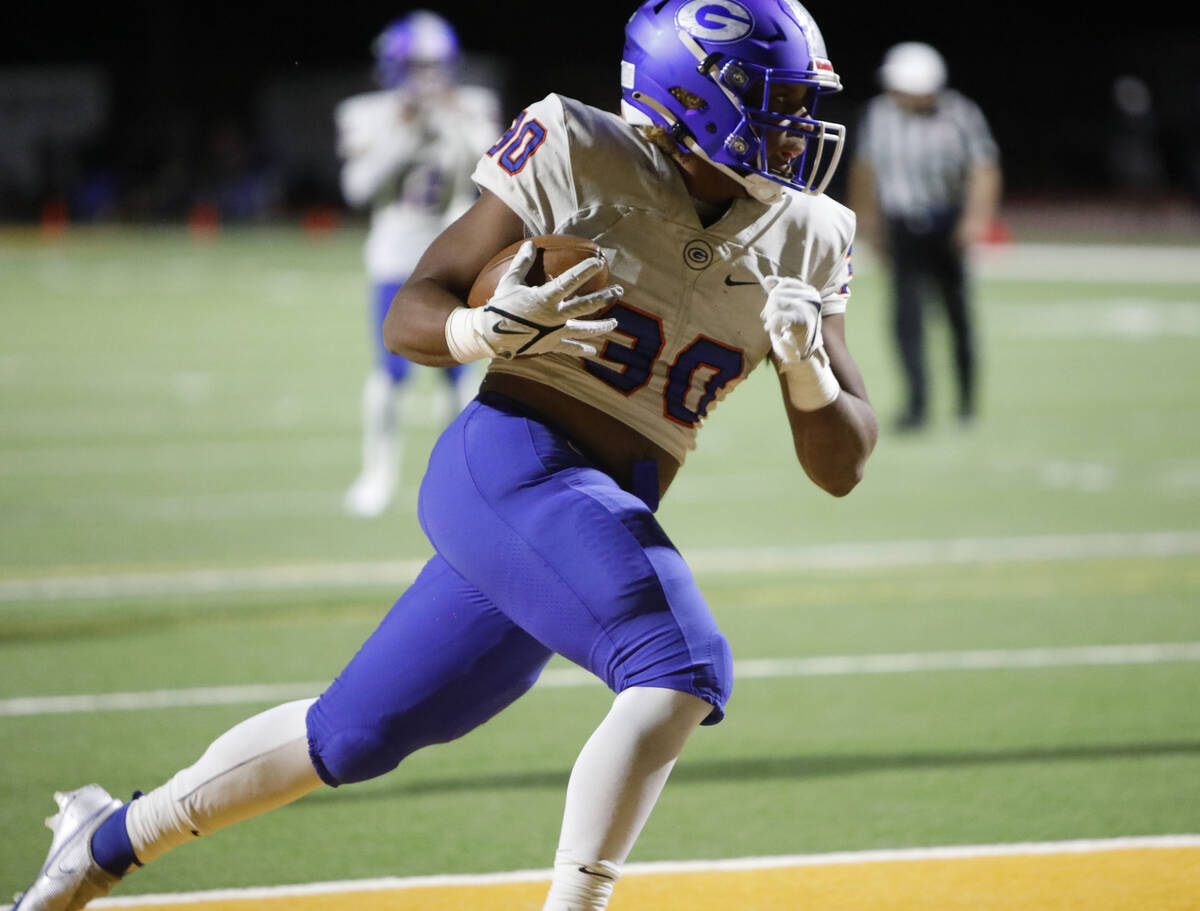 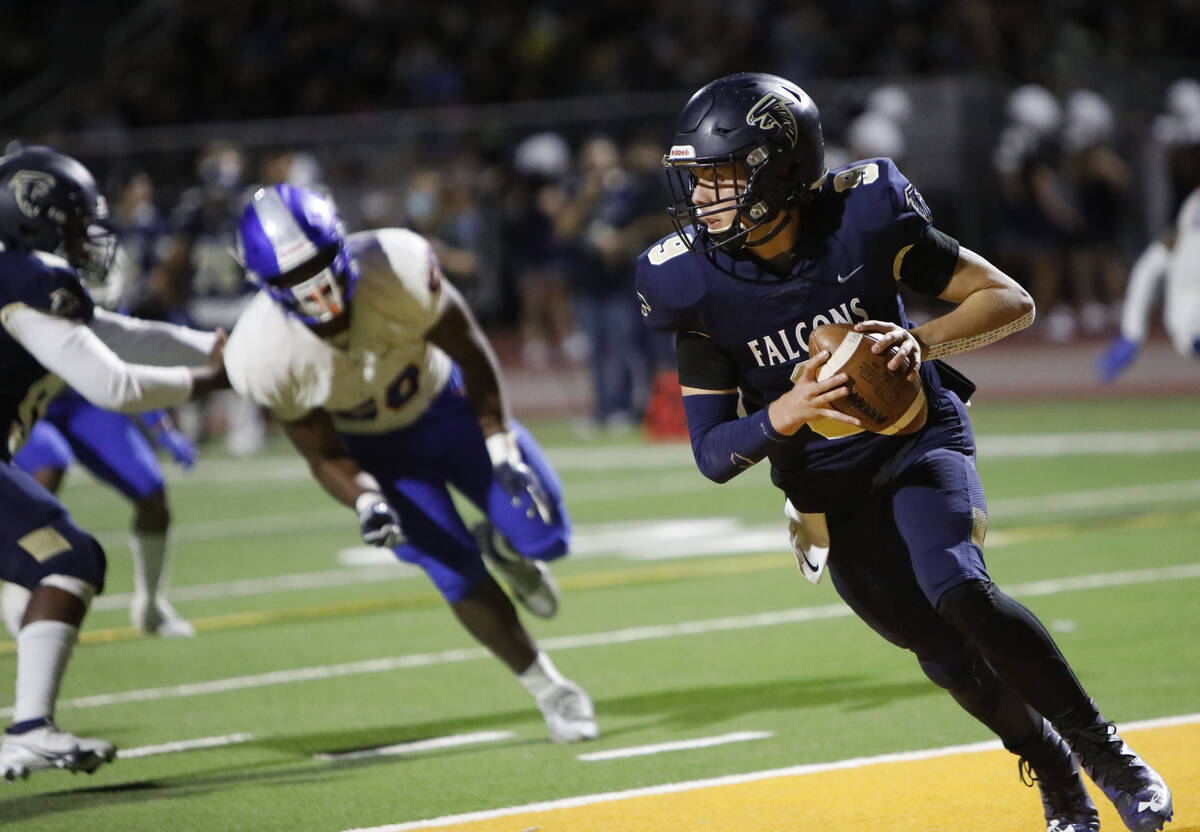 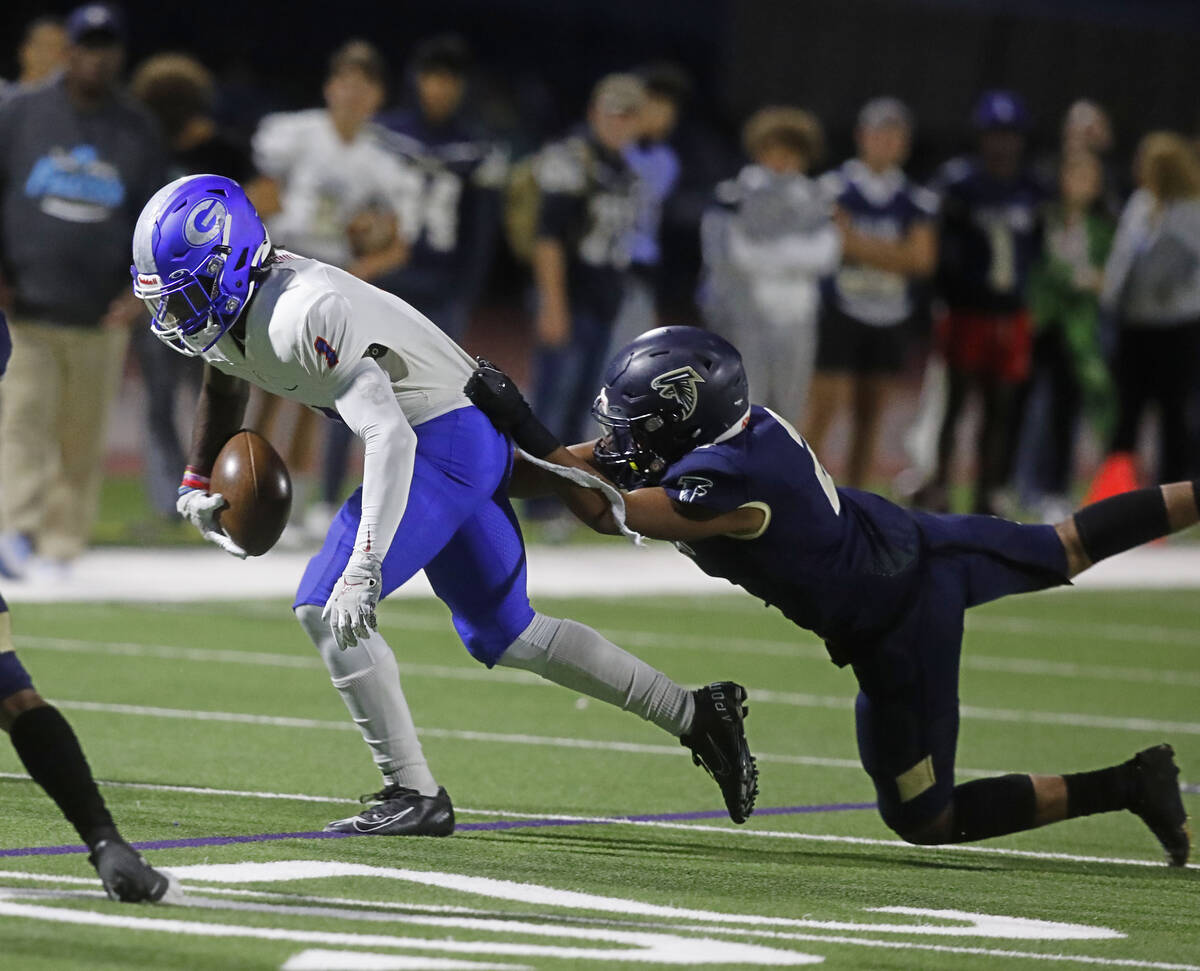 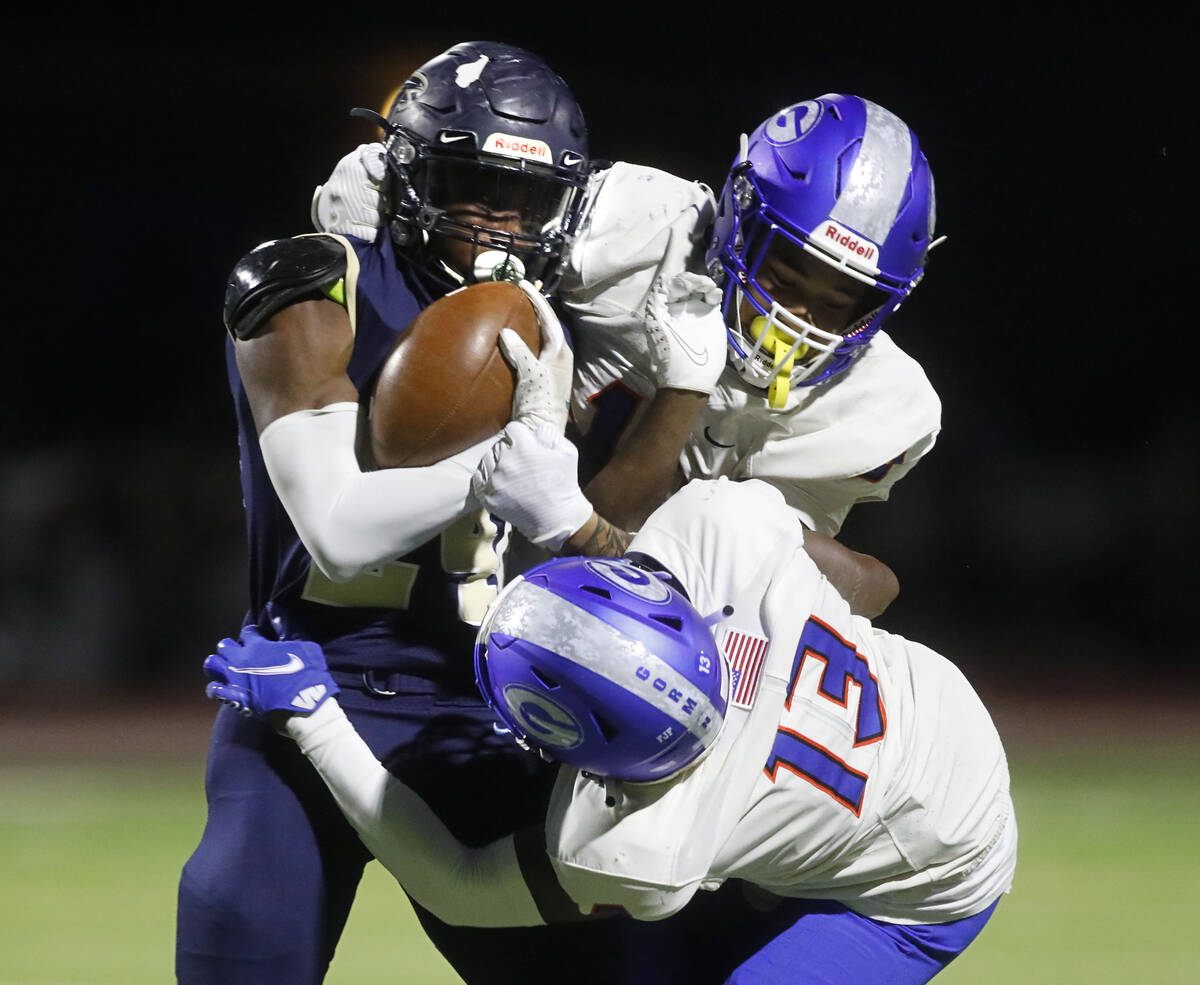 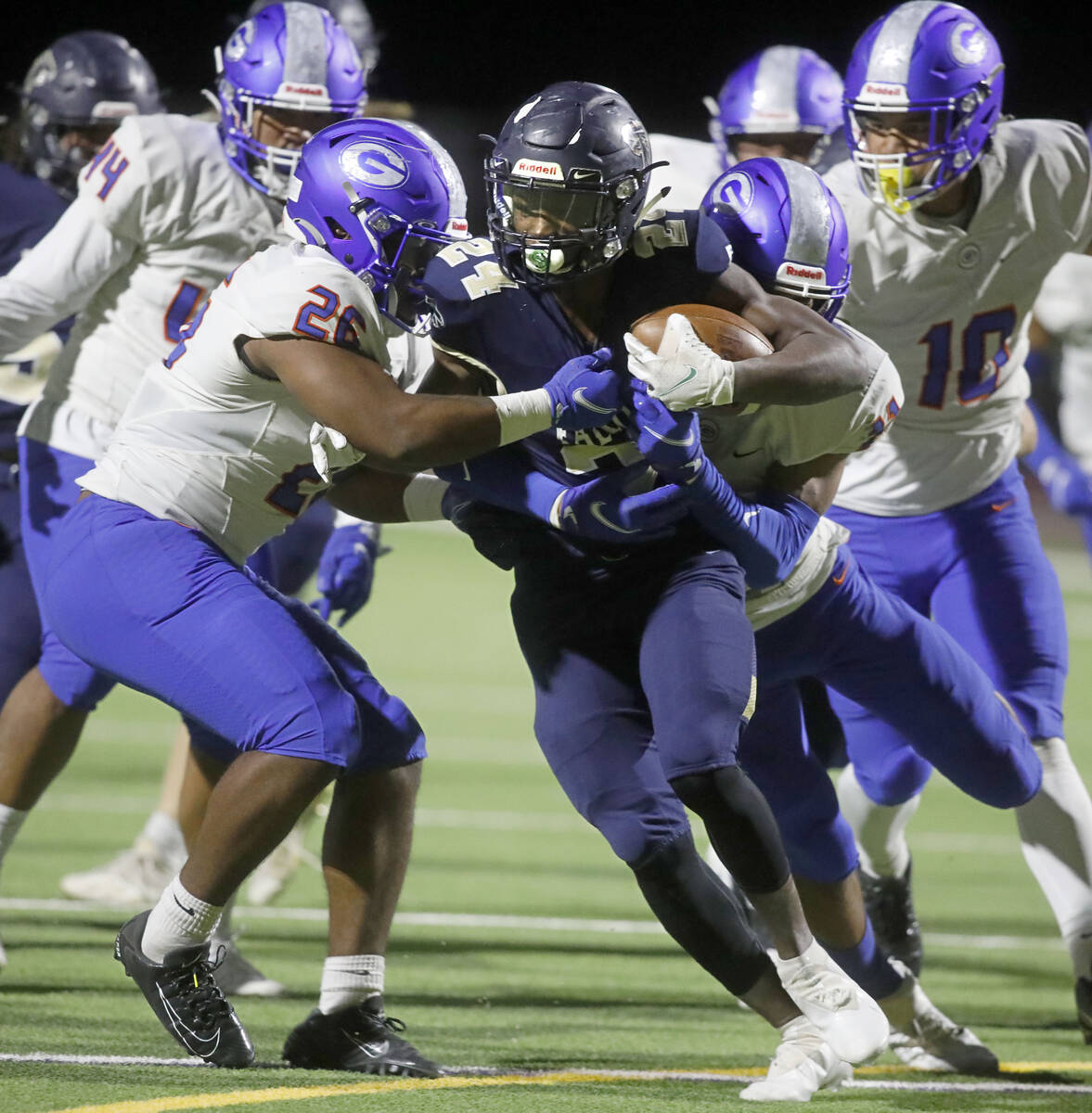 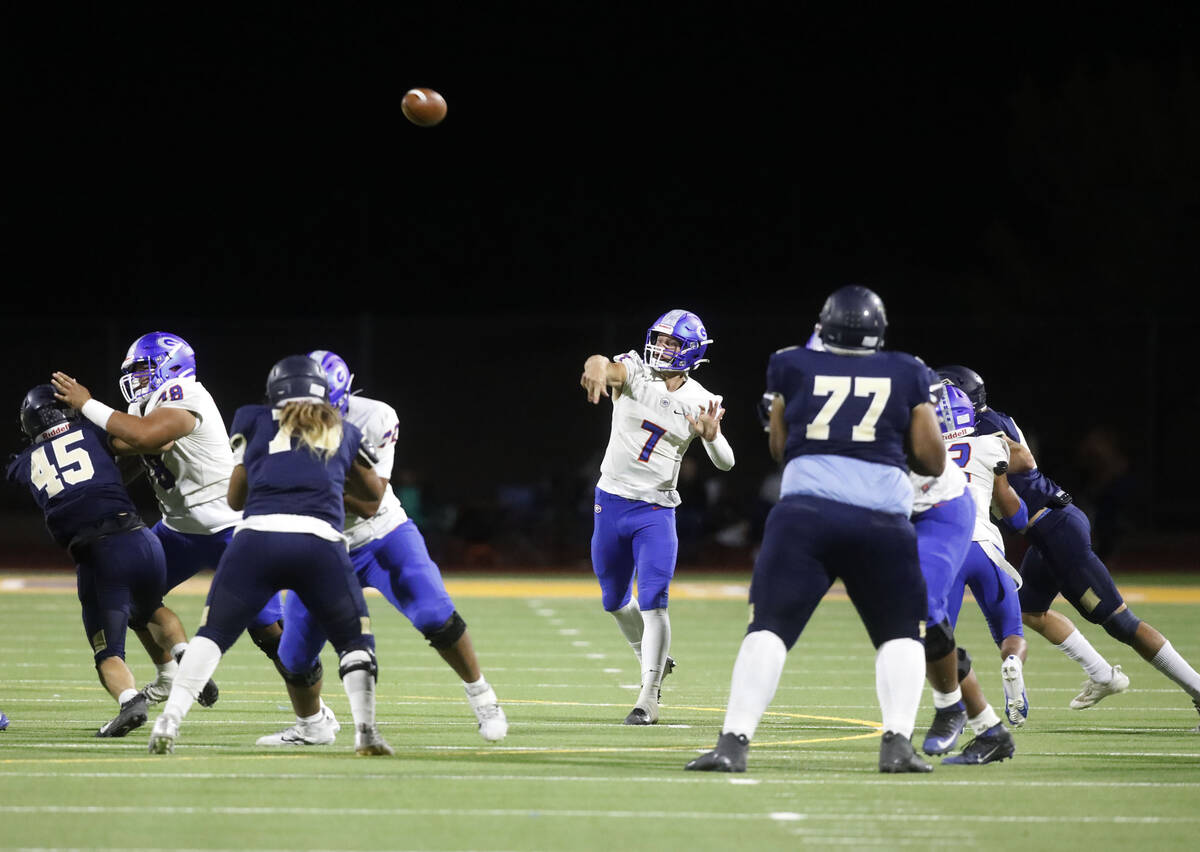 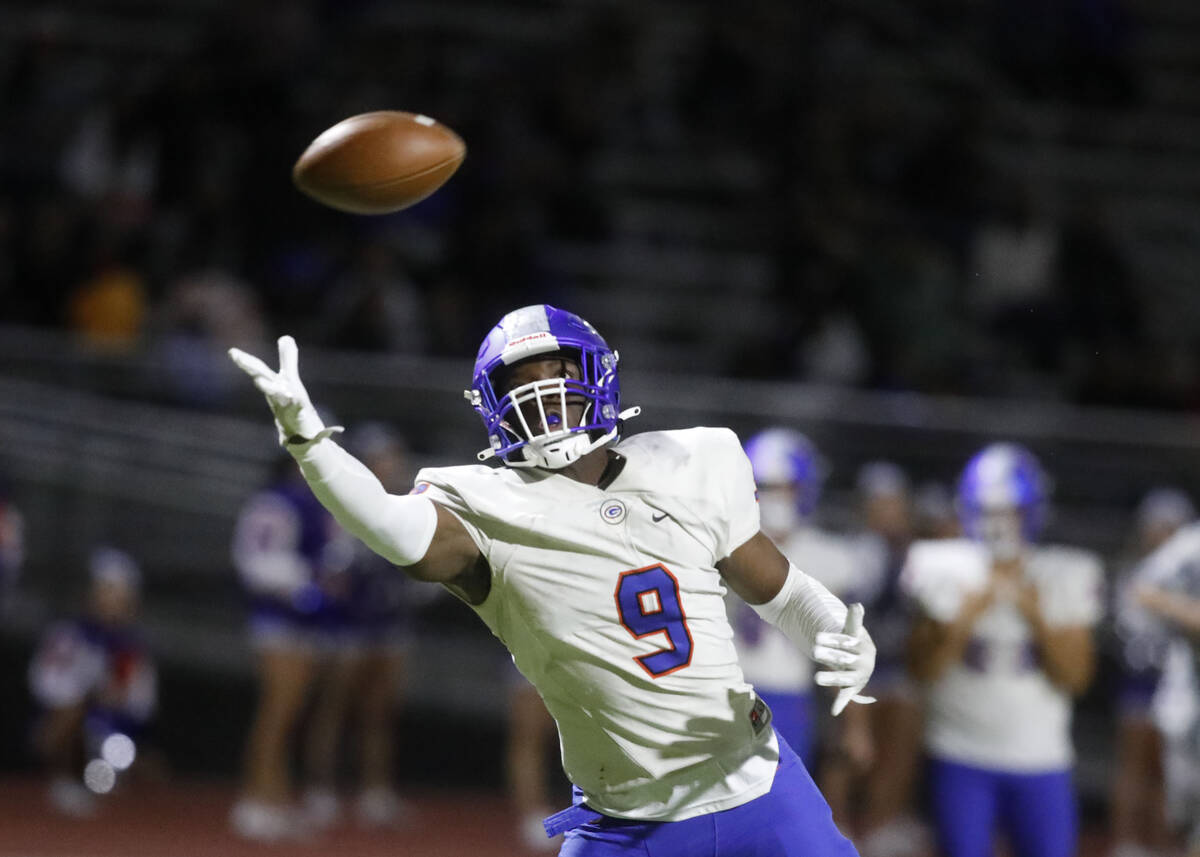 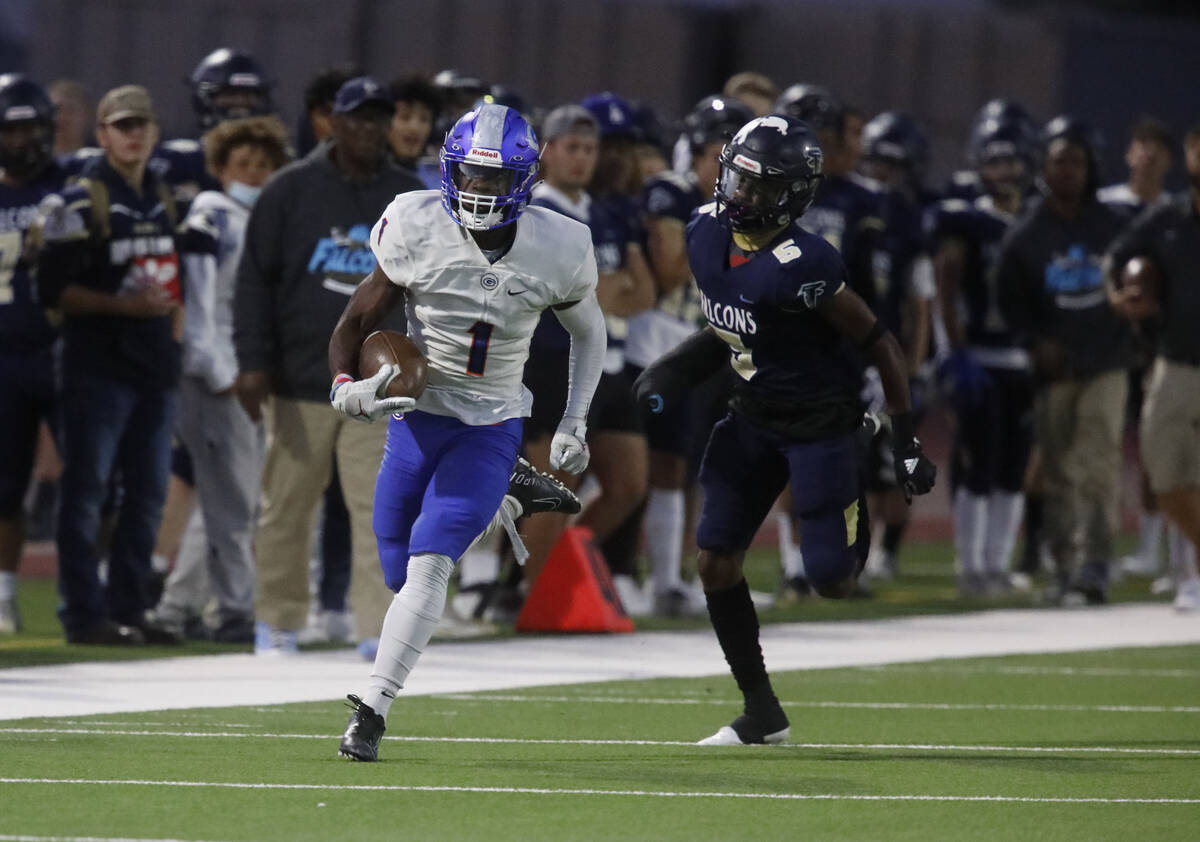 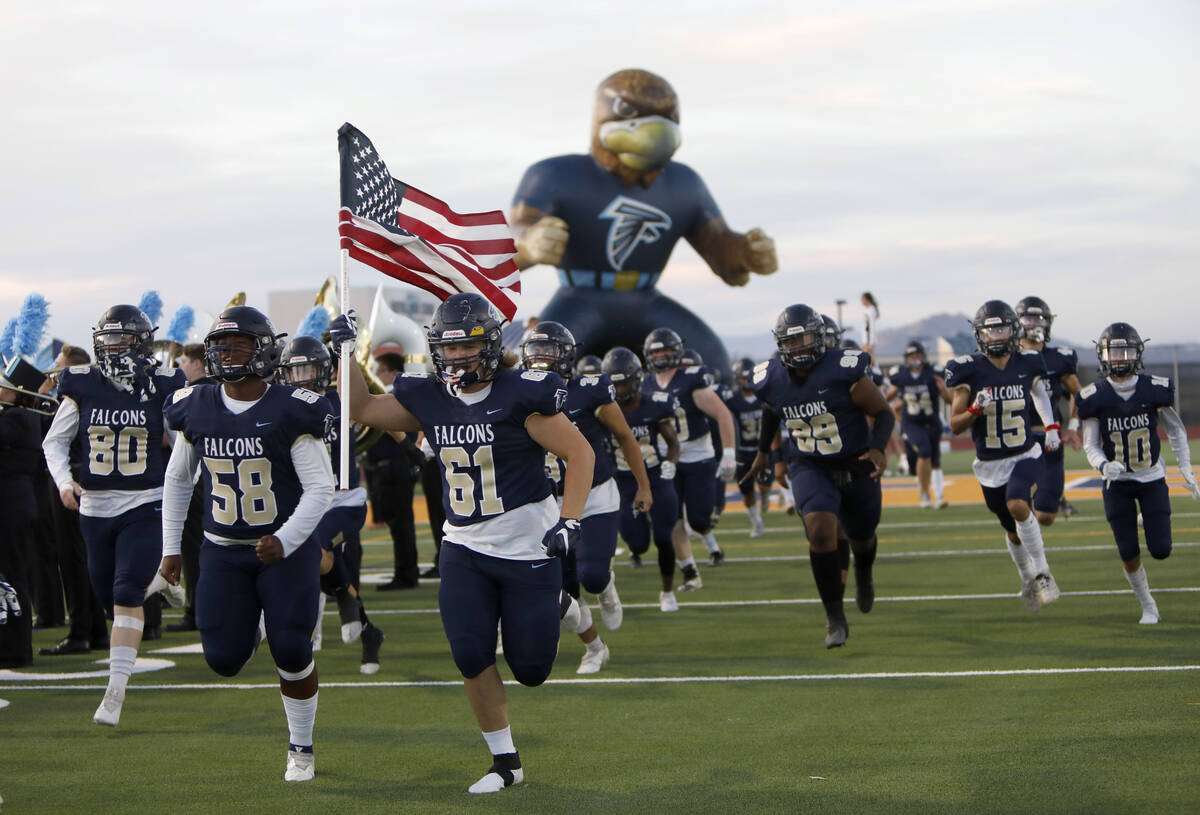 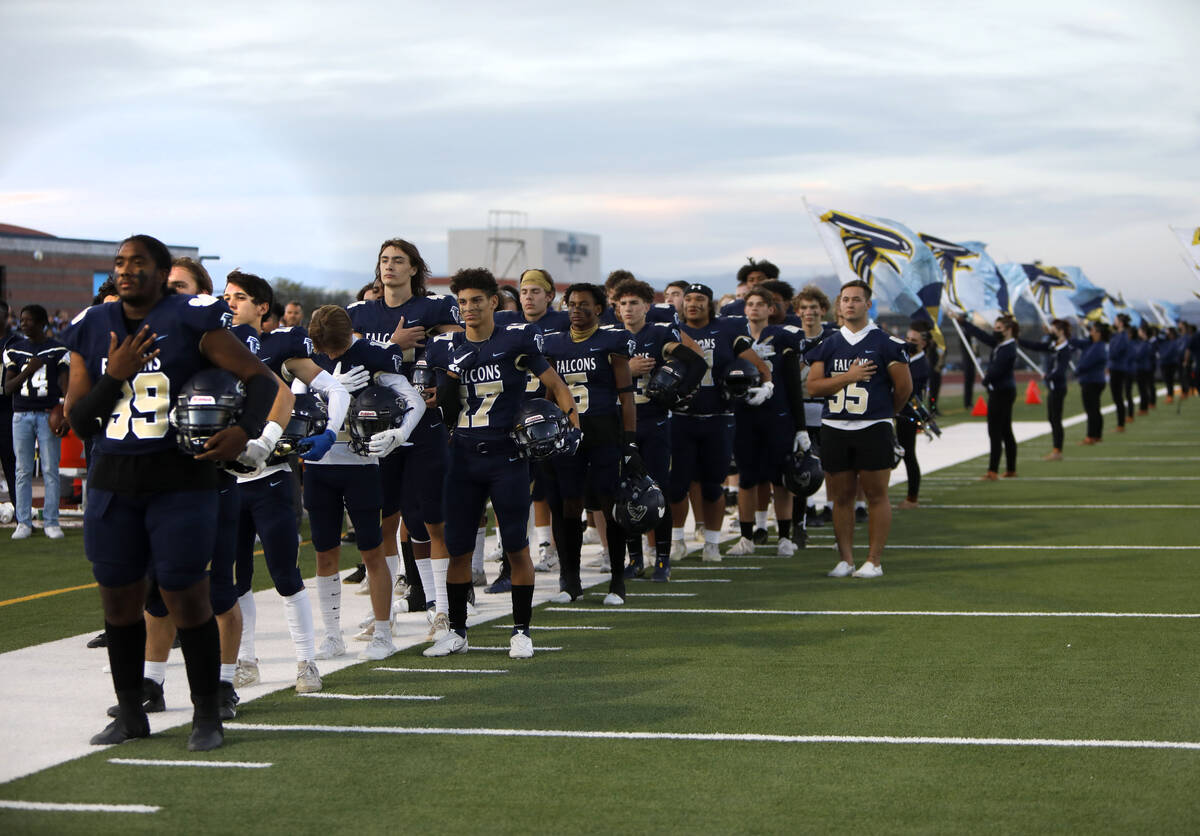 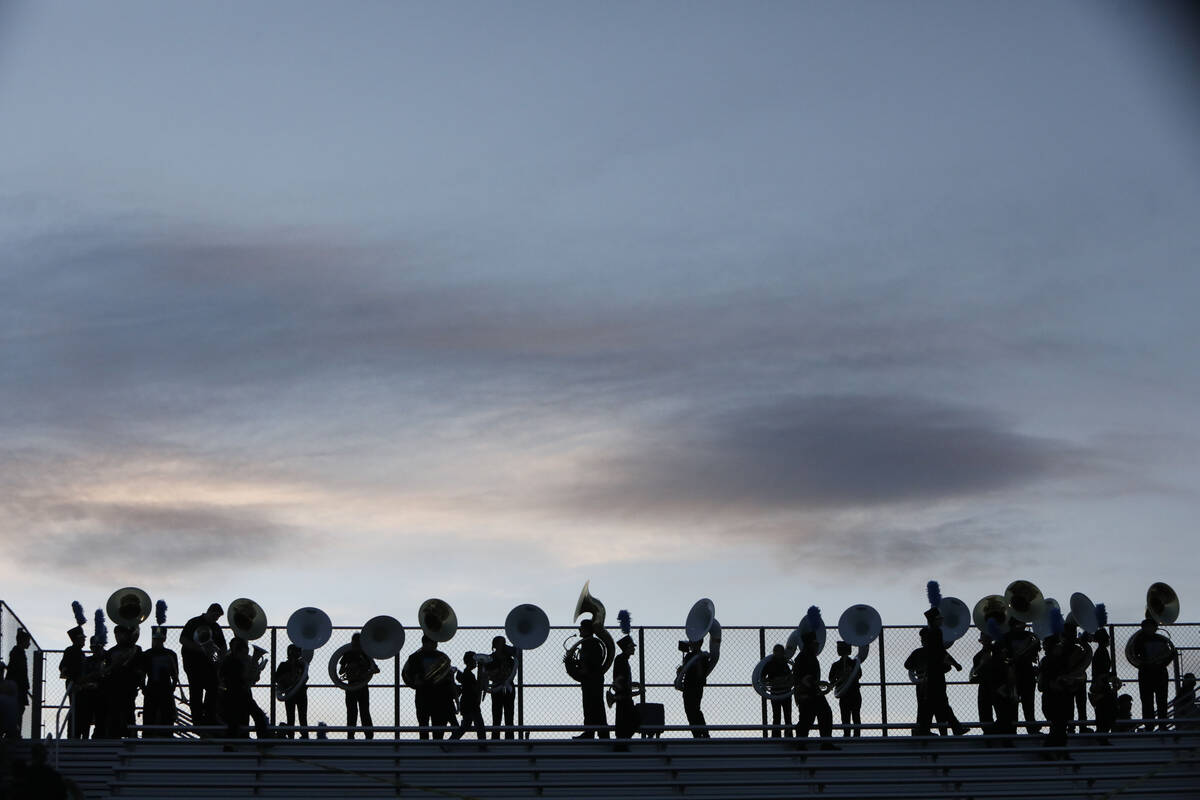 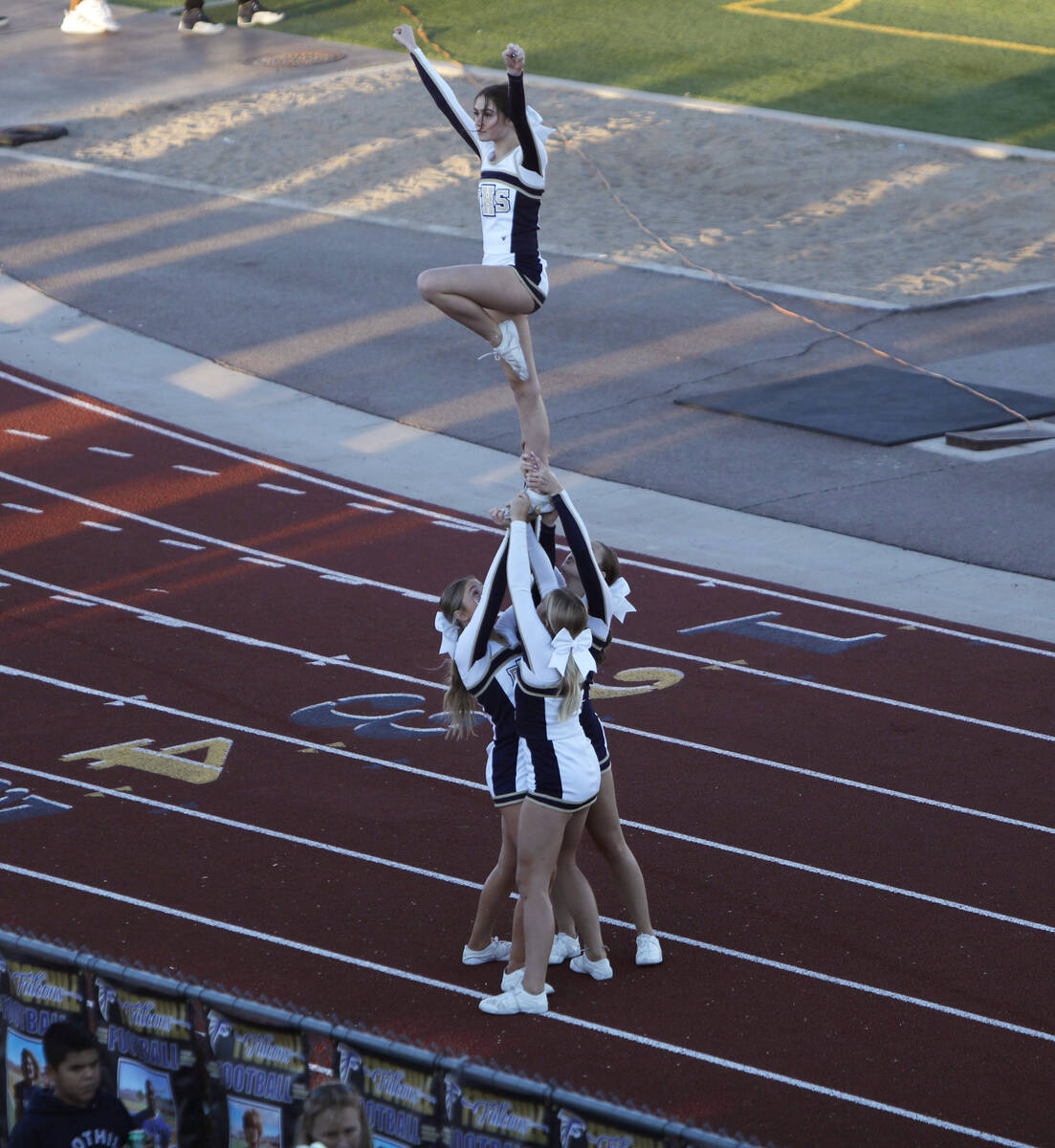 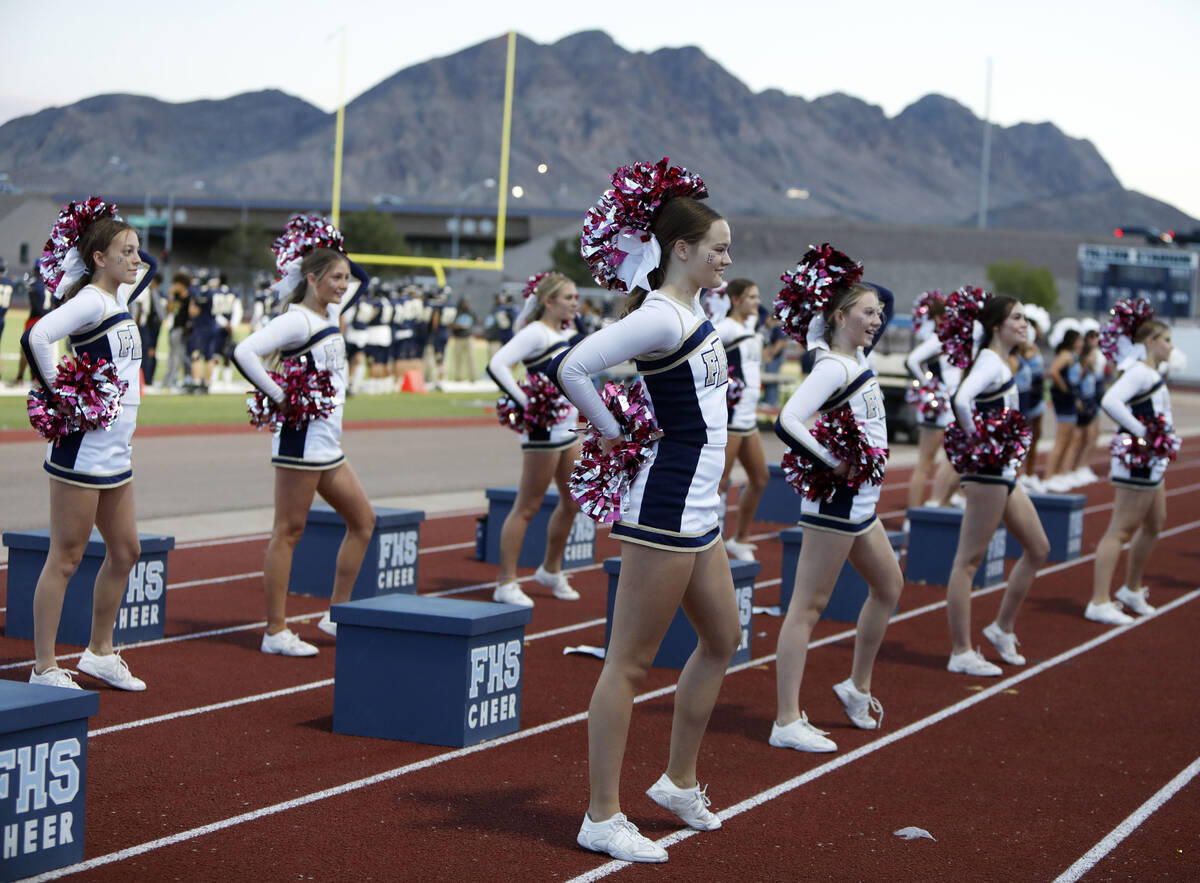 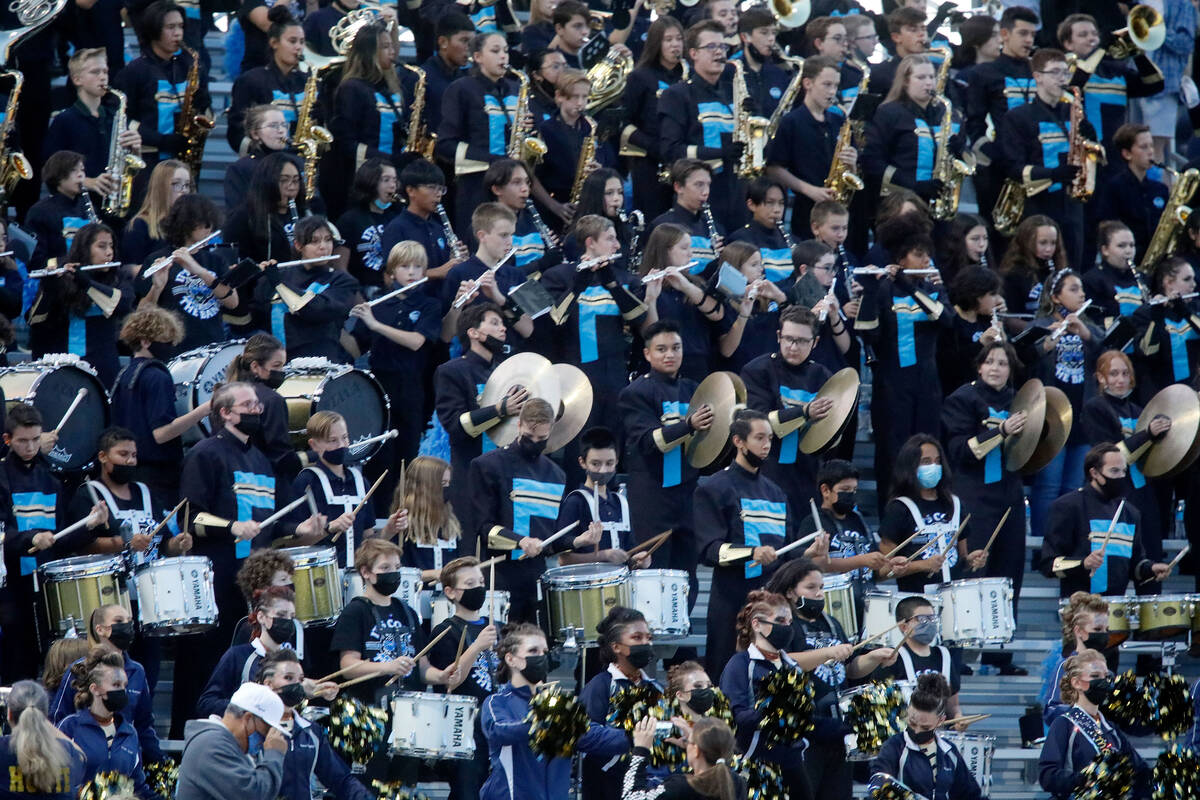 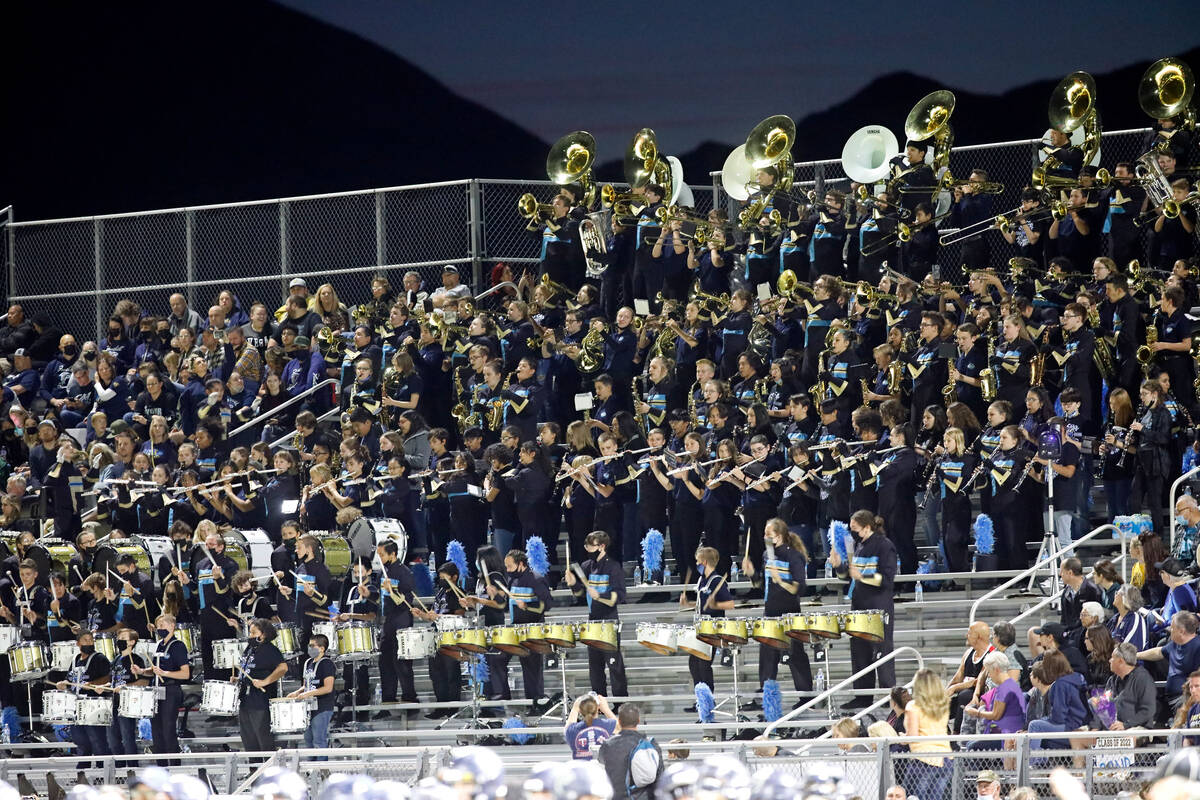 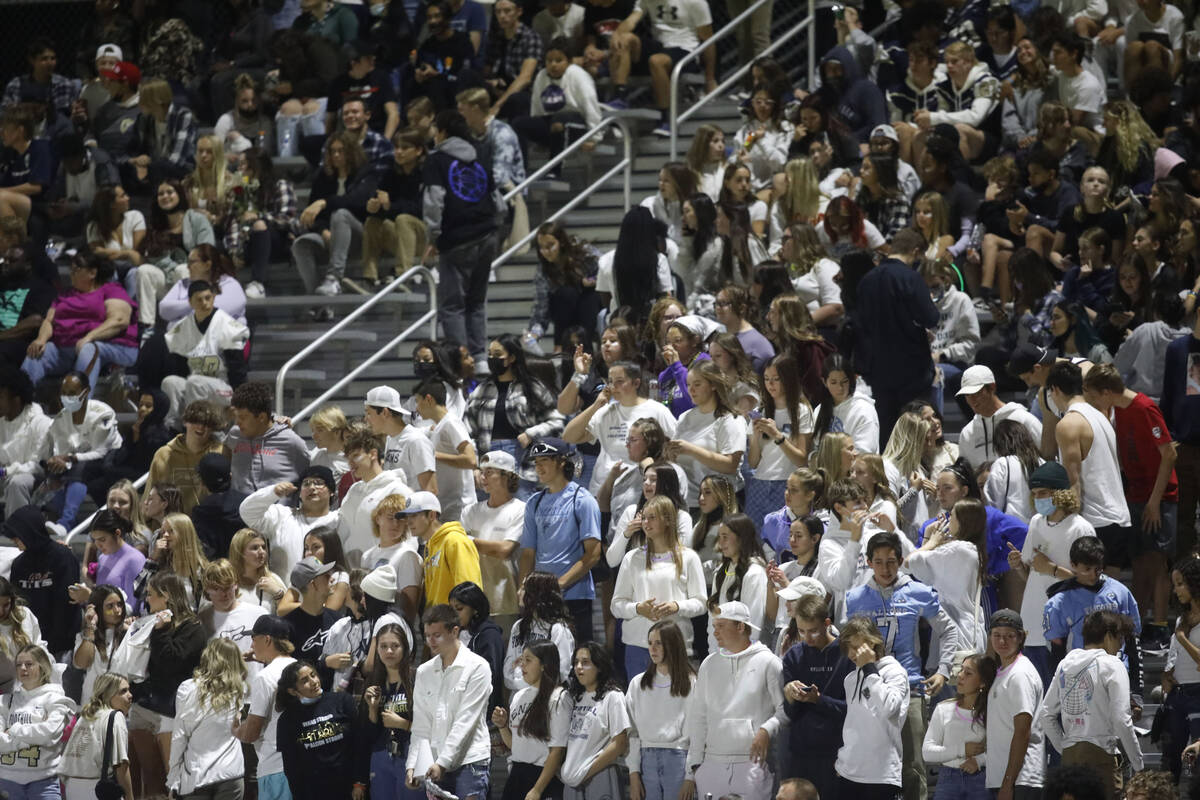 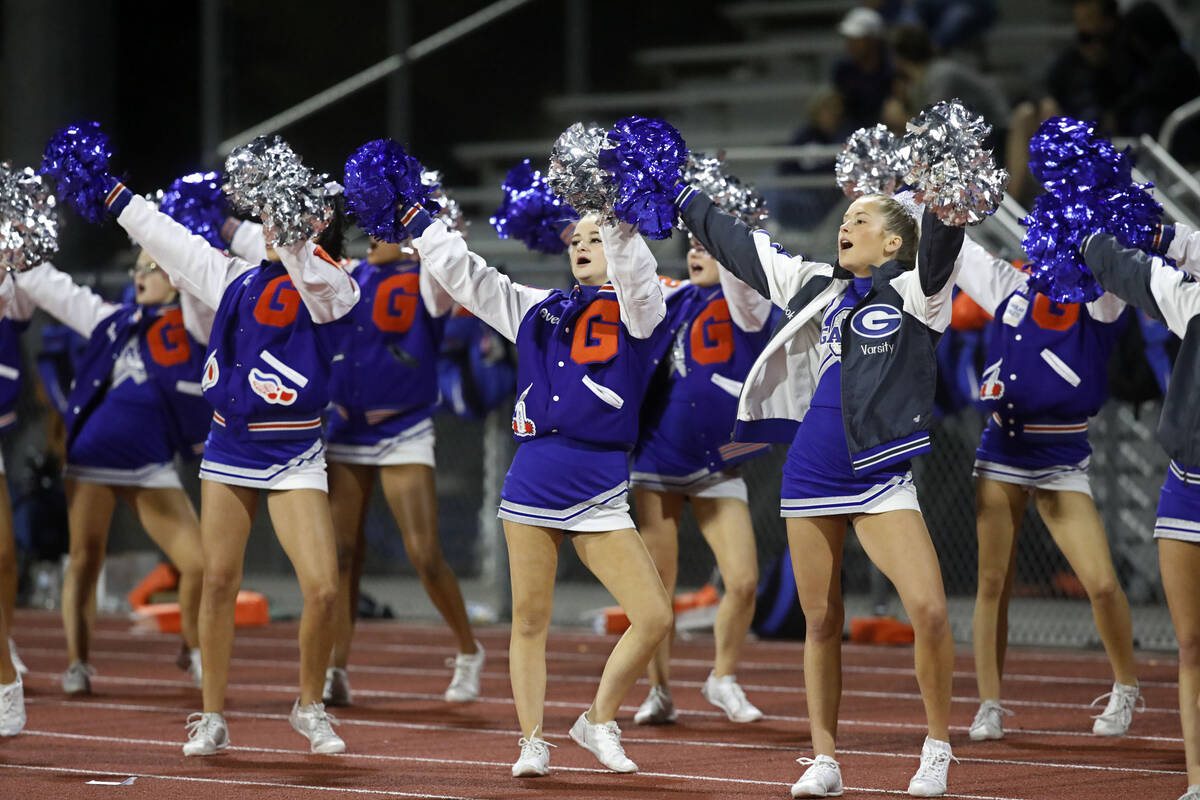 On paper, it was a game to decide the Class 5A Desert League title. In reality, the champion was obvious after three minutes.

Micah Alejado completed all seven of his first-half passes for 208 yards and three touchdowns Friday night, connecting with Zachariah Branch for an 86-yard score just three minutes into the game to start top-ranked Bishop Gorman’s 59-0 road rout over No. 5 Foothill.

The win gave the Gaels (8-1, 5-0) the top postseason seed and solidified their status as the team to beat in Southern Nevada.

“We had no doubt we could win,” Gorman coach Brent Browner said. “But the important thing was to win the league at the 5A level.”

That confidence was bolstered on the Gaels’ next possession, when they needed six plays to score again on a 22-yard Alejado keeper up the middle to make it 14-0 with 4:40 remaining in the first quarter.

Gorman scored on each of its first-half possessions, expanding the lead in the second quarter on TD passes from Alejado to Maleik Pabon and Elijah Lofton, a 30-yard run by Tyreq Bevett, a 34-yard run by William Proctor and a safety to take a 43-0 lead into halftime.

The Falcons (4-2, 3-1) were unable to answer, settling for one first down in the game to go with minus-6 offensive yards. Gorman shut out all five of its league opponents, beating them by a combined total of 273-0.

“That’s a good team we beat right there,” Browner said. “It was all about execution for us. We changed some things during the week. The kids only had a couple days to practice a lot of stuff, and they executed at a high level.”

That execution continued in the second half with a platoon of mostly reserve players and a running clock. William Stallings had a 46-yard TD sprint, Jayden House scored on a Foothill fumble in the end zone, and the Gaels logged a second safety to put it away.

“We just want to make sure we’re executing no matter what the score is,” said Browner, whose squad racked up 338 of its 395 yards in the first half. “Everyone has taken part in the success we’ve had.”

Raul Barbosa was responsible for Foothill’s biggest play, a 14-yard reception from Billy Morse in the fourth quarter.