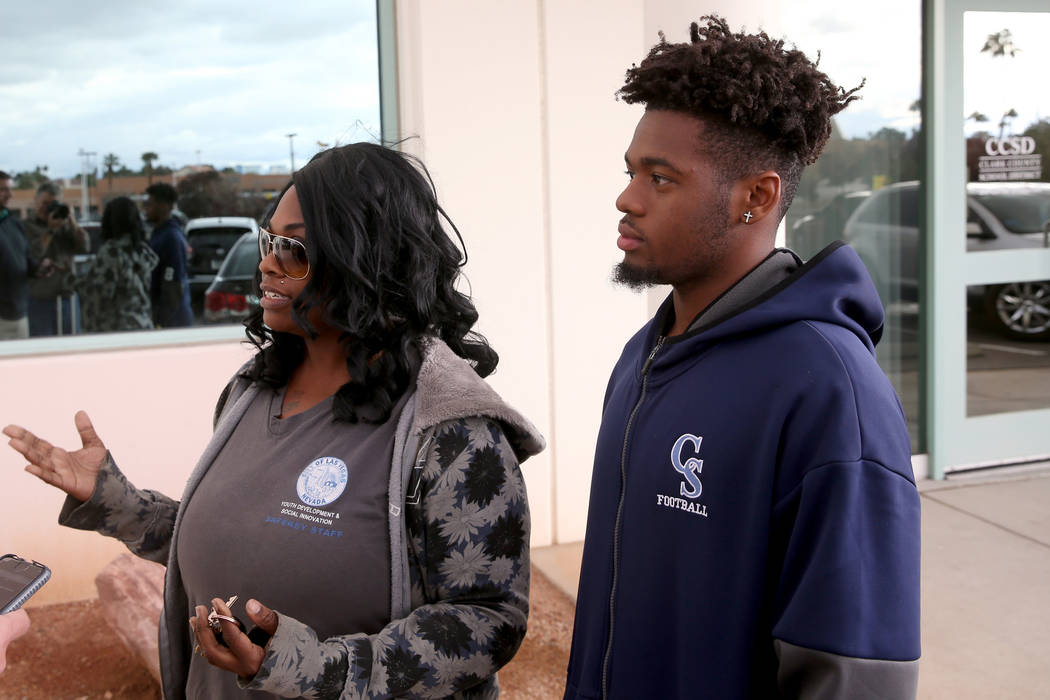 The Canyon Springs football team’s appeal of being removed from the Class 4A playoffs was denied Friday by a hearing officer.

A Level II appeal hearing was held Thursday at Chaparral High School to determine the eligibility of quarterback DJ Lewis-Bealer. The senior, who transferred from a school in Arizona, was cleared to play by the Nevada Interscholastic Activities Association before the season but ruled ineligible by the Clark County School District on Monday.

The CCSD ruling forced the Pioneers to forfeit all their wins for the season and came three days after they went on the road and defeated Arbor View 24-20 in the Mountain Region quarterfinals.

“I believe it was a tough decision for the NIAA to make,” Canyon Springs coach Gus McNair said. “We presented a strong case and a good case. There’s some other stuff at play here, but we’re OK.”

McNair declined to comment further on the “other stuff at play,” but said the school will abide by the ruling and not pursue any other avenues for the team to be reinstated.

“I do feel like we got a fair hearing,” Lewis-Bealer said. “At the same time, I felt like the decision had been made. What makes it really bad for the team is I know we didn’t cheat. I know we did everything the right way.”

Canyon Springs started the season with six straight losses but had rebounded to win four straight, including last Friday’s upset.

The NIAA released a short statement announcing the hearing officer’s ruling Friday morning. NIAA Assistant Director Donnie Nelson said in an email there will be “no further comment from the NIAA staff.”

Arbor View has been placed back into the playoffs and will travel to meet Desert Pines, the valley’s only undefeated 11-man team, in the Mountain Region semifinals Friday. Arbor View came back from a 21-7 fourth-quarter deficit to upend Desert Pines 28-21 in the same round last year and went on to win its first Mountain Region championship the next week.