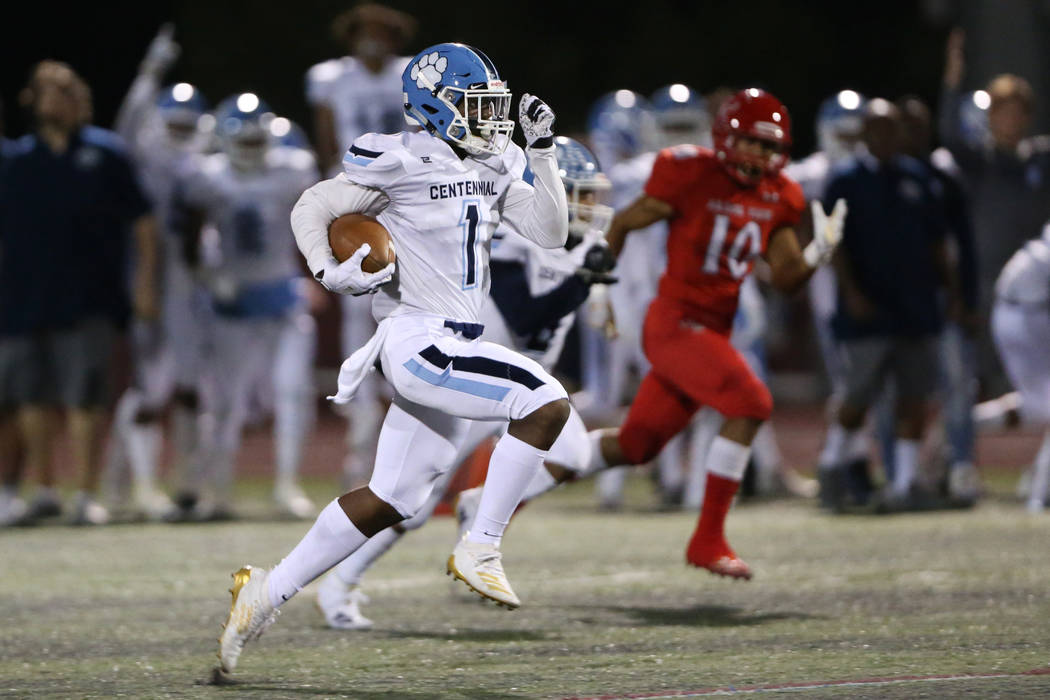 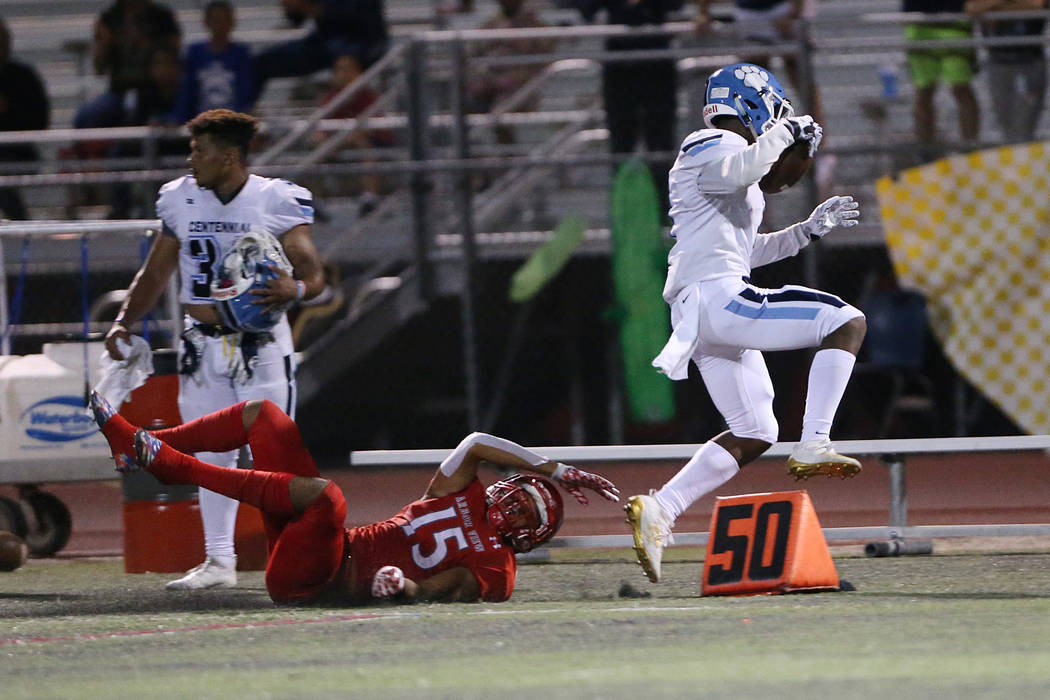 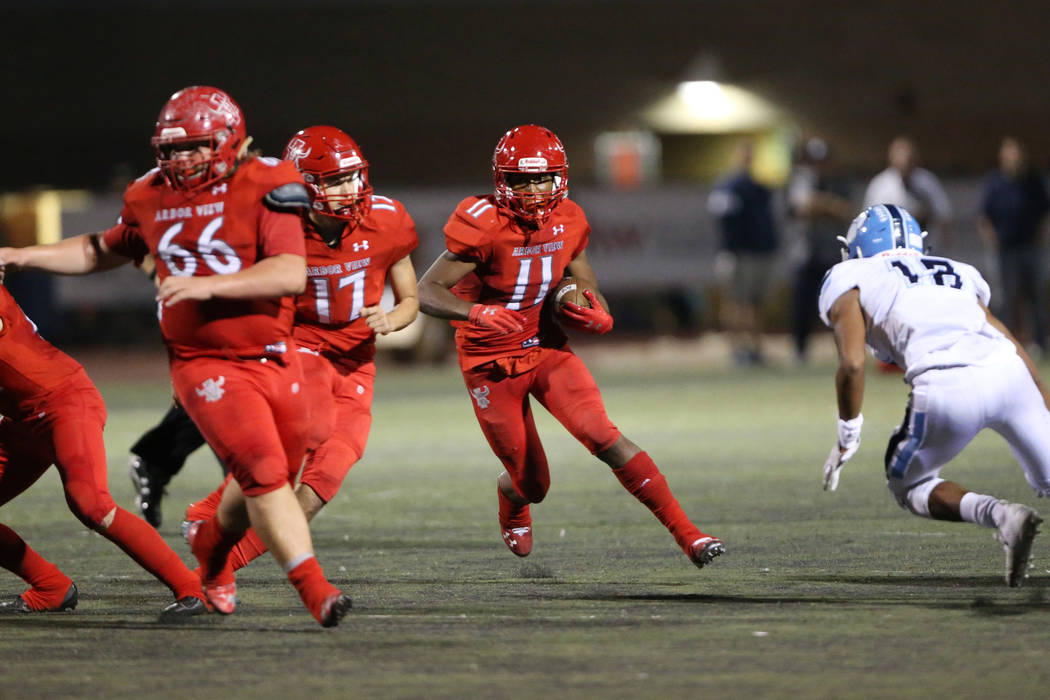 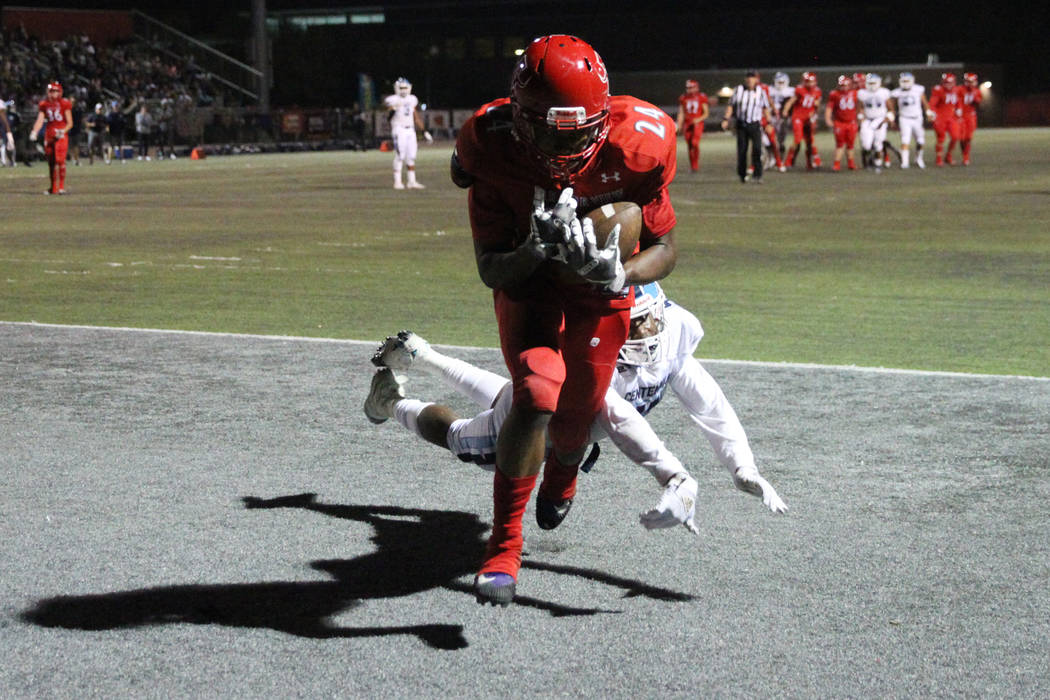 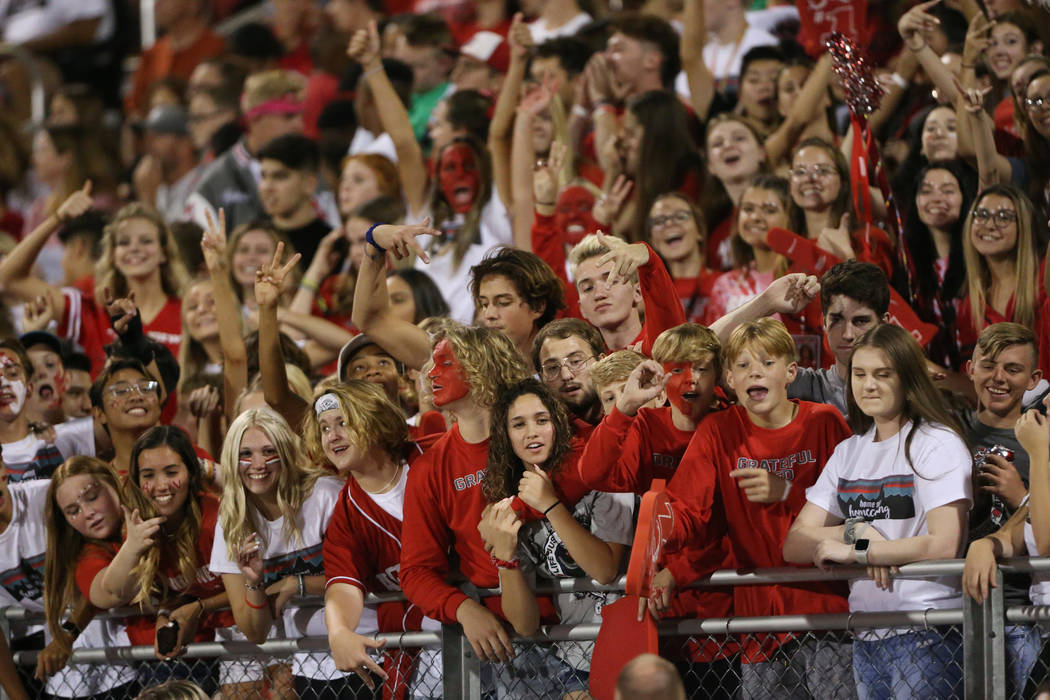 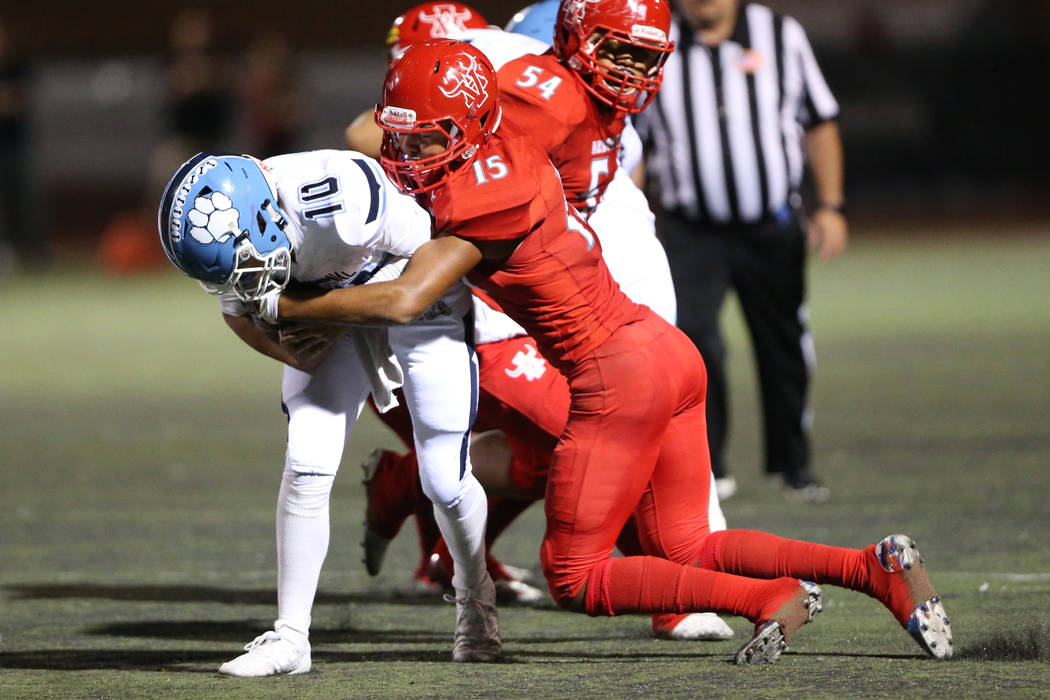 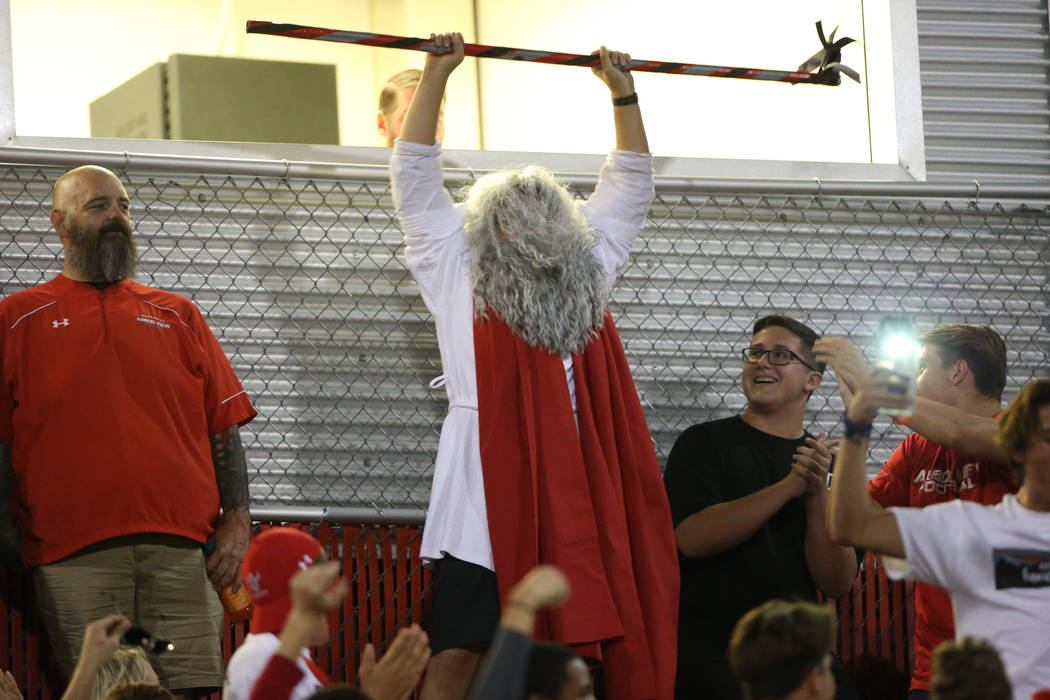 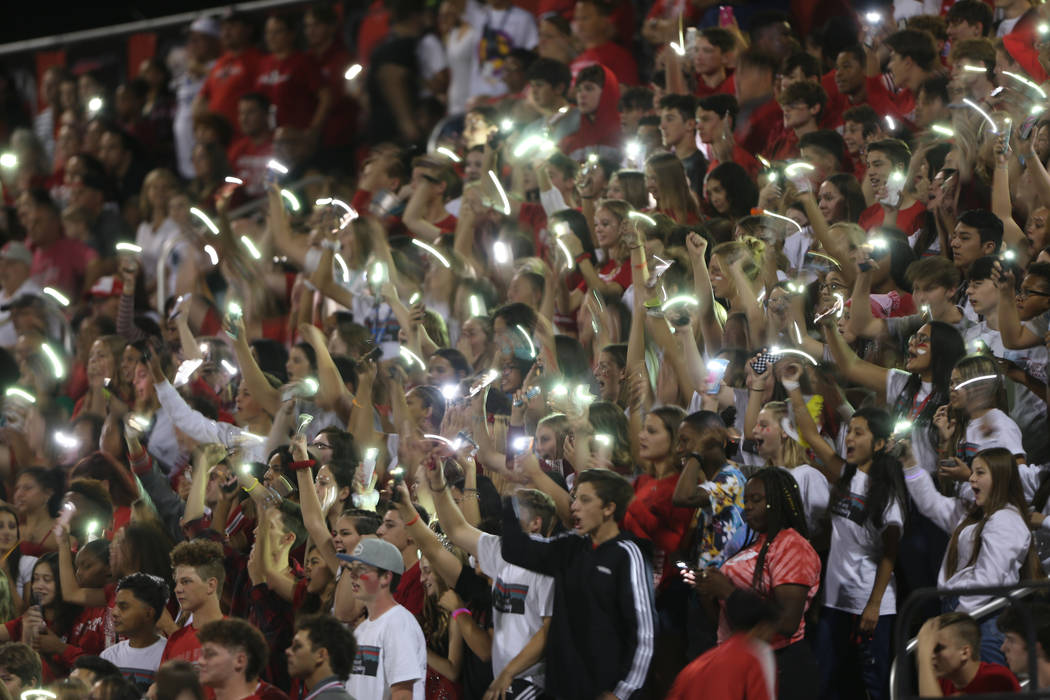 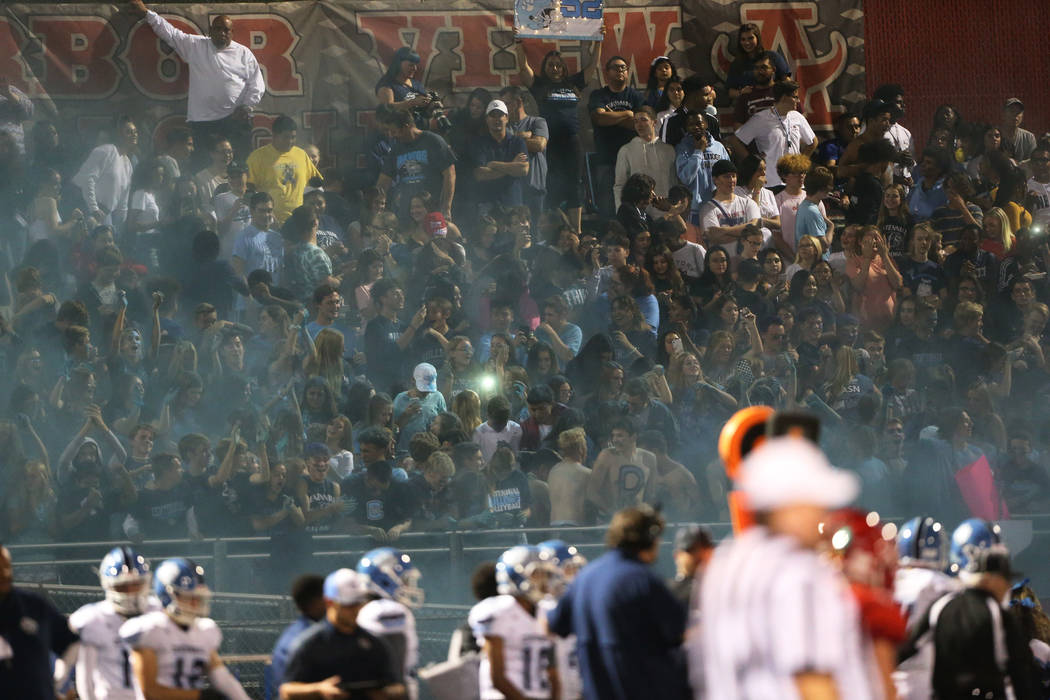 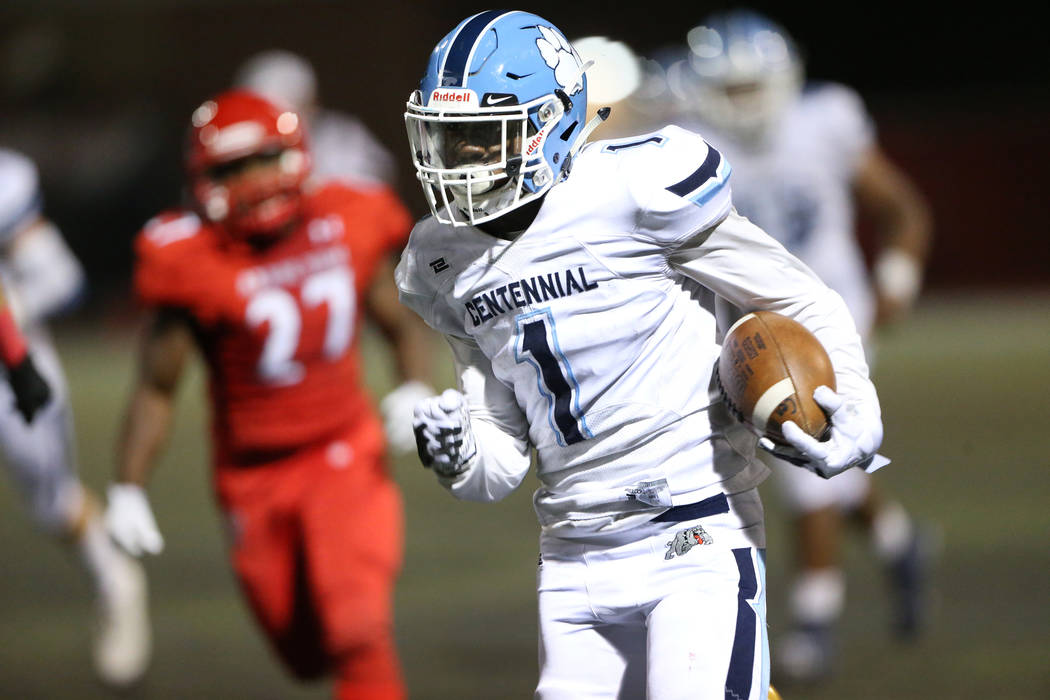 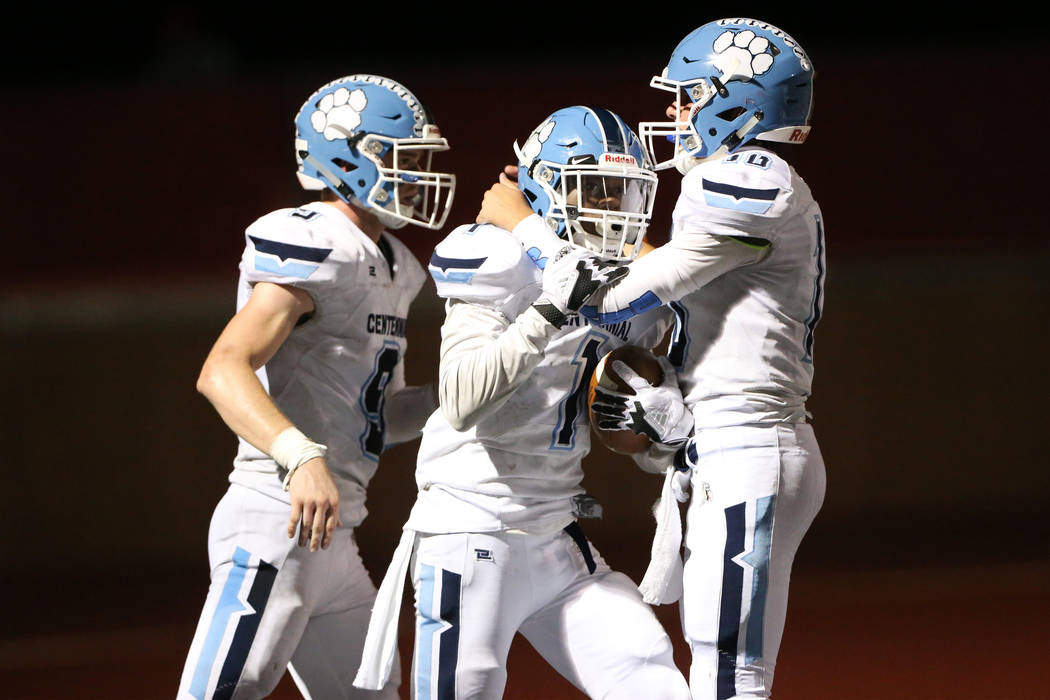 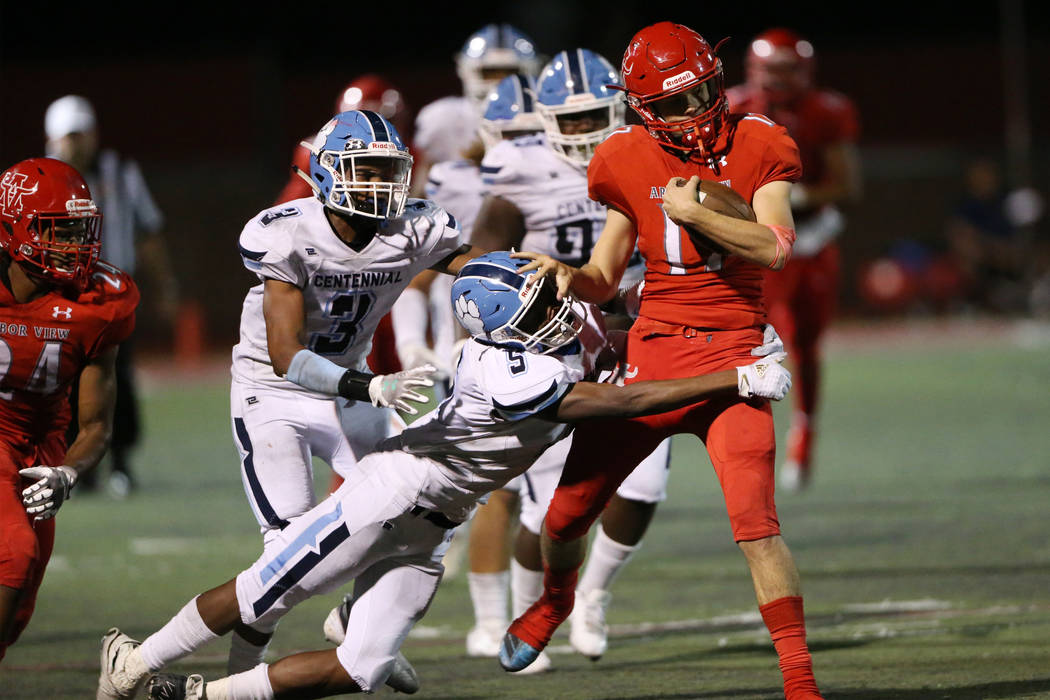 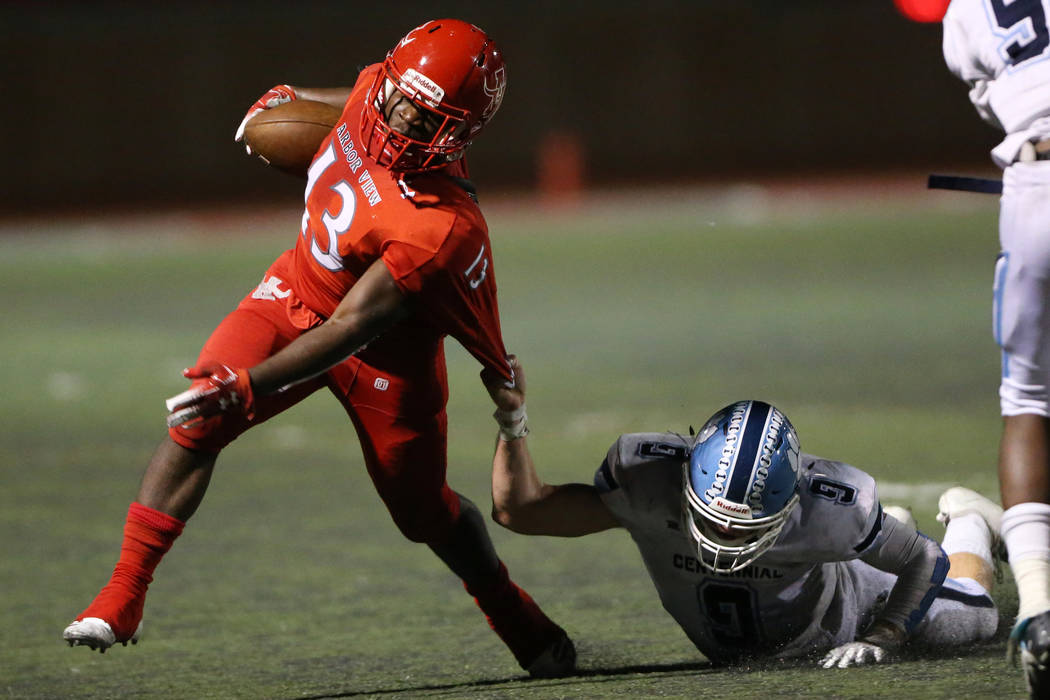 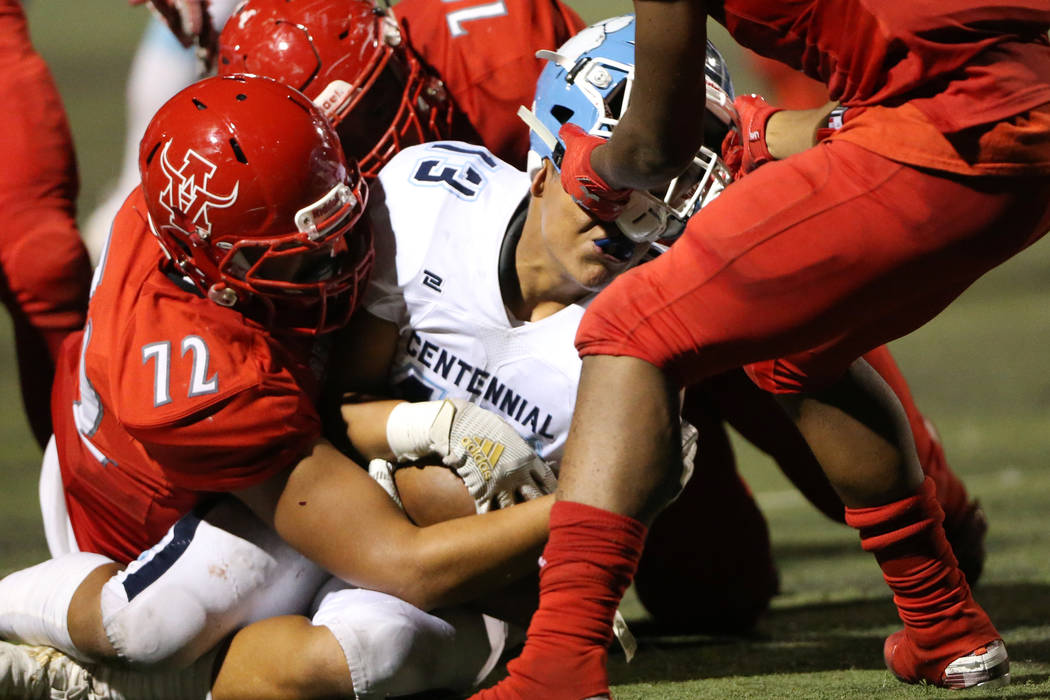 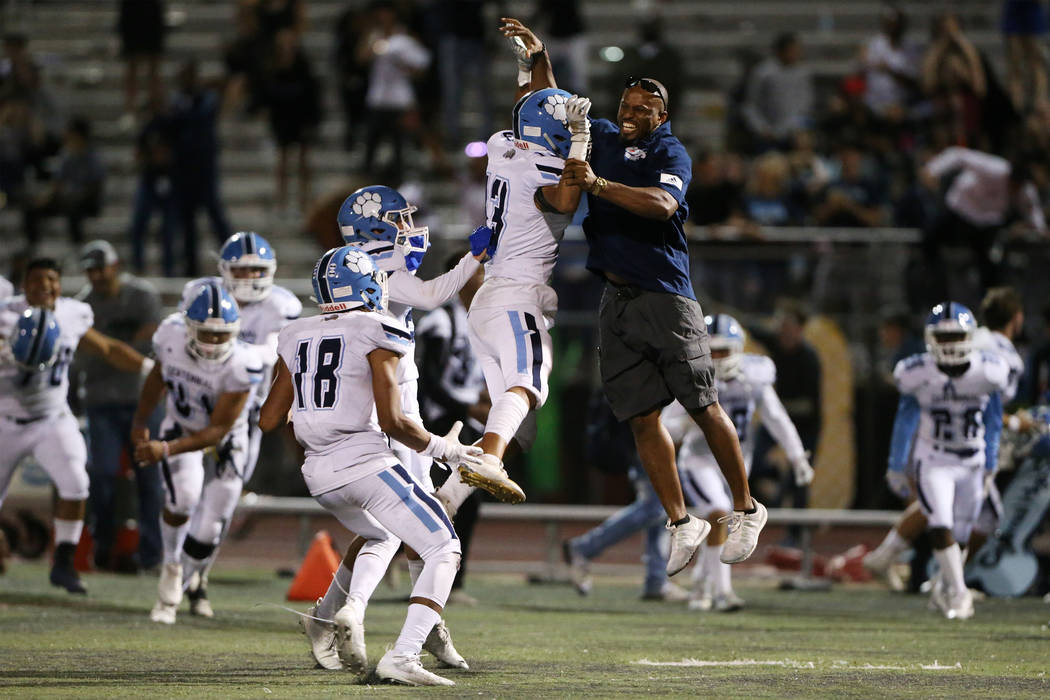 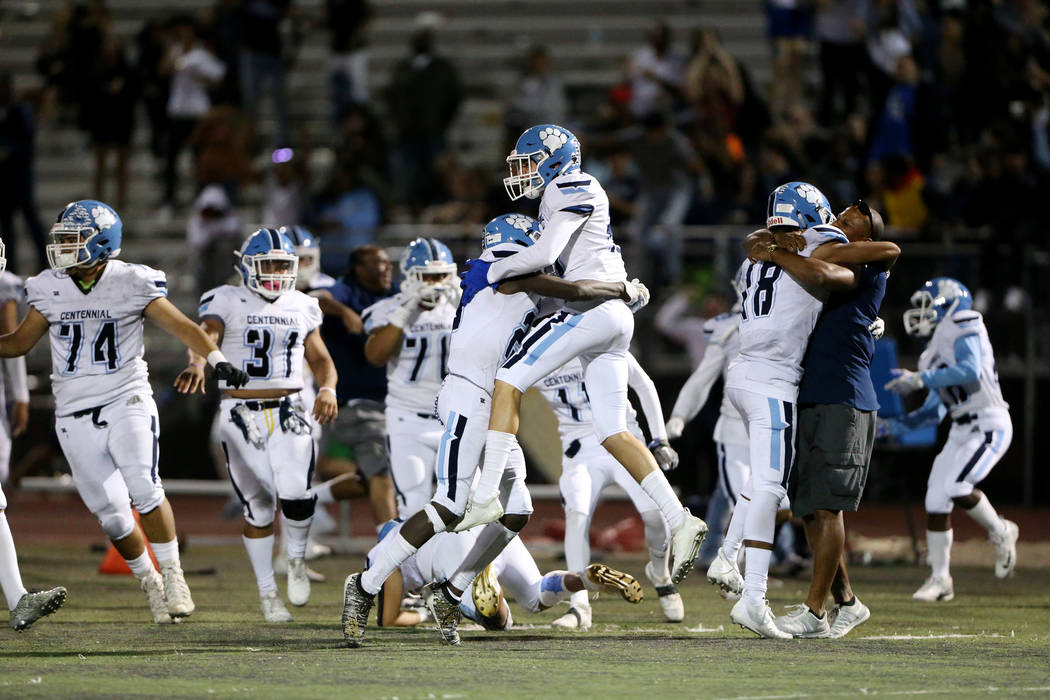 Most of the time when Jordan Smith got the ball Friday night, he was quickly swallowed by a wave of red-clad Arbor View defenders.

The two times he found open room were the difference in the game.

Smith caught a 95-yard touchdown pass from Colton Tenney on Centennial’s third play from scrimmage, then broke loose for a 55-yard scoring run in the fourth quarter. That was all the offense the Bulldogs needed in a 17-14 road win in the Northwest League opener for both teams.

“Preparing for Arbor View is tough. There’s a reason I schedule a bye before we play them,” Centennial coach Dustin Forshee said. “Their offense is tough, and it starts with our scout team. And we have great kids on defense. We have a lot of kids that have been here their whole four years that have grown with the program.”

Smith finished with 127 yards receiving and 84 rushing. He was completely stuffed on his first seven rushing tries to a total of minus-6yards, but the Bulldogs didn’t abandon the ground game and it paid off late.

Smith decided to extend the lead instead. He took a handoff through a hole on the left side, bumped into a defender and sprinted down the left sideline for the score and a 17-7 advantage.

“At first it was frustrating (getting stuffed in the run game),” Smith said. “But me and the linemen got together, and we realized it was going to be one of those tough games where you just have to get the 2 yards, the 3 yards, then it will bust for a big one. That’s how we went about it.”

Arbor View had a chance to get back in the game on its next drive, but Mokiao intercepted a pass from backup quarterback Keoka Charmichael in the end zone. Charmichael entered earlier in the drive after Kyle Holmes took a big on a pass.

Holmes returned to fire a 15-yard touchdown pass to Kyri Shoels with 1:42 remaining, but the Bulldogs recovered the onside kick. They couldn’t run out the clock, but Holmes was sacked on the first play after a punt, and the Aggies (4-2, 0-1) didn’t get another snap off.

Holmes threw for 130 yards and two touchdowns. The first was a 29-yarder to Daniel Mitchell that tied the score at 7 late in the first quarter.

Tenney threw for 194 yards and just missed on several deep balls that could have broken the game open. But the 95-yarder to Smith gave the Bulldogs the start they needed, and they never trailed.

“My quarterback told me to do a check down, and I saw the safety come down,” Smith said. “It was open field after that, and that’s a running back’s favorite. There was open grass, so I just had to turn on the jets and run for a long one.”