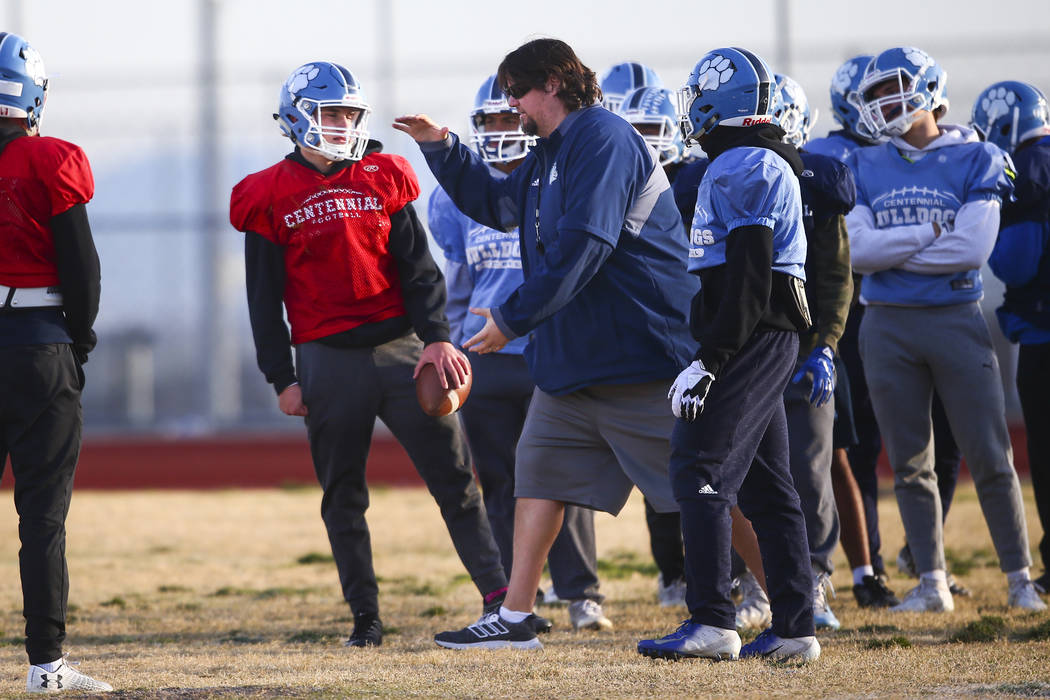 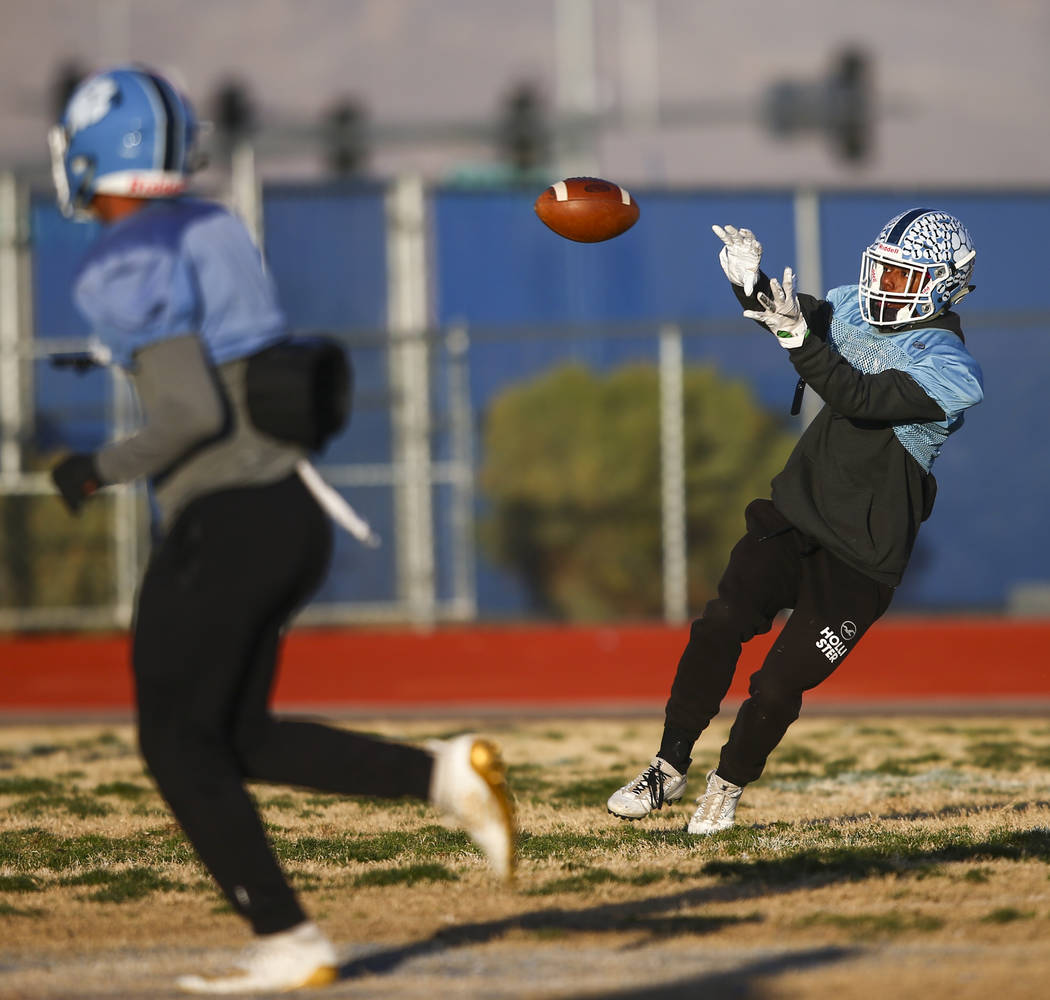 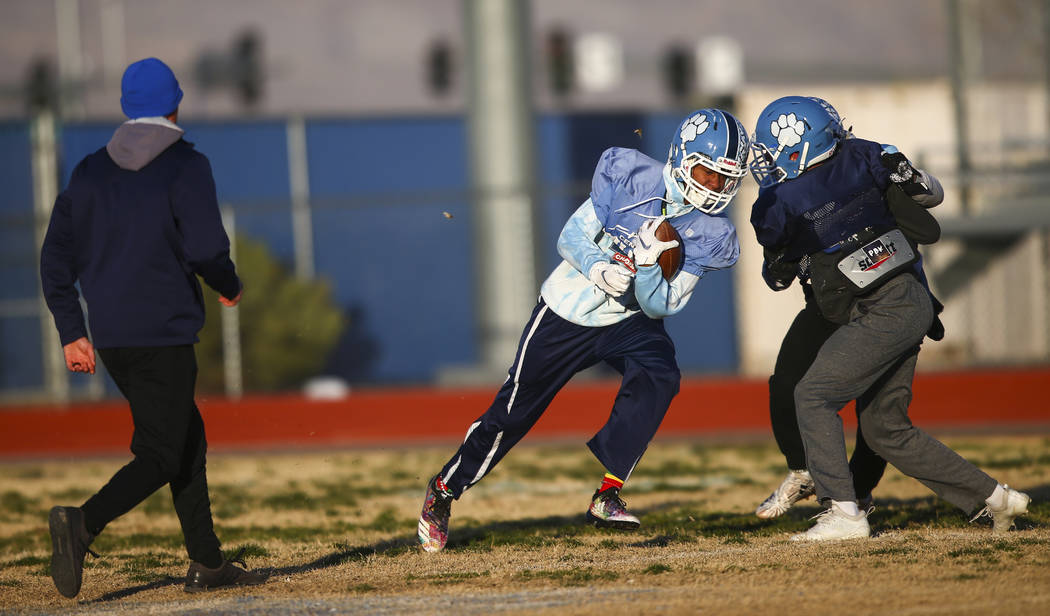 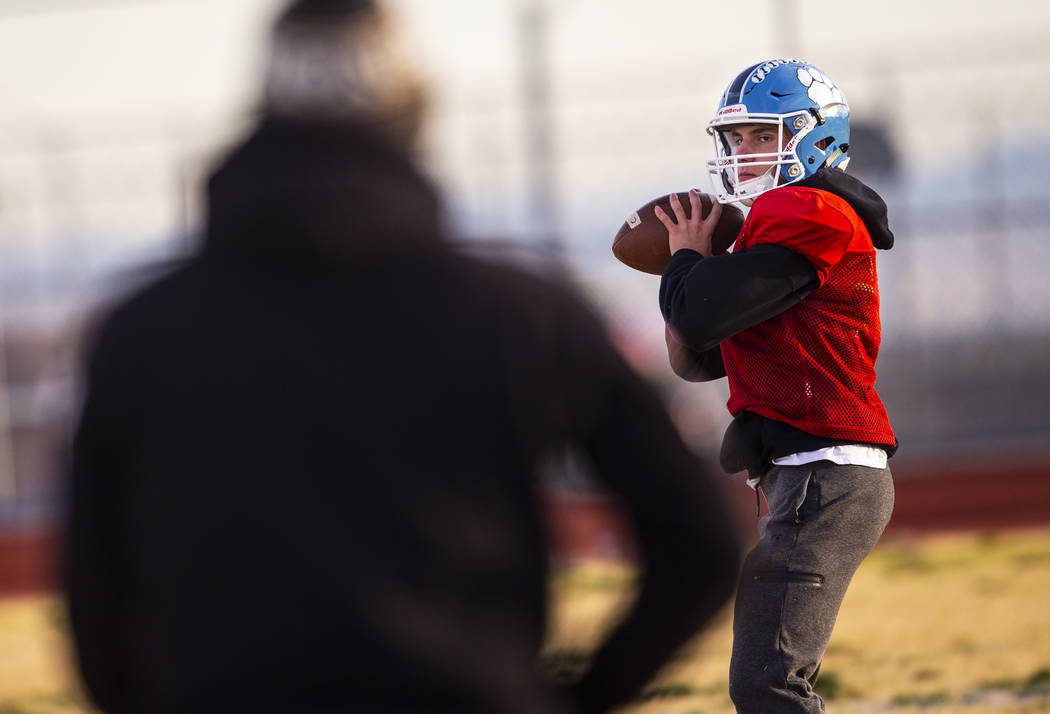 Of the three valley schools left in the Class 4A football playoffs, the one that has generated the least buzz is Centennial.

The Bulldogs don’t have the clout of having ended Bishop Gorman’s 10-year reign as state champion. That’s Liberty.

They don’t have the high-profile athletes who have Division I college coaches drooling. That’s Desert Pines.

Ask coaches whose teams have played the Bulldogs to describe them, and the word most used is “solid.” It might not sound like a ringing endorsement, but it suits the Bulldogs just fine. After all, it’s rare that anyone has talked about them at all this late in the season.

They won one game two seasons ago, then made a massive improvement to reach the playoffs last year before falling to Desert Pines in the first round.

Centennial (11-1) will get another shot at Desert Pines (11-0) on Saturday, and the stakes are higher this time. Their showdown at 4:10 p.m. at Eldorado High School is for the Mountain Region championship and a chance to play for a state title.

“Everybody knows (Desert Pines has) big-time players,” Centennial coach Dustin Forshee said. “It’s not like we don’t have some great players, because we do. I love our kids. We’re in this David vs. Goliath role, and we relish that.”

If there’s one player who exemplifies the Bulldogs’ style, it’s quarterback Colton Tenney. The junior has 2,220 yards and 24 touchdowns passing, with three interceptions. That’s 185 yards and two touchdowns per game with limited mistakes. Solid.

“He’s 100 percent a quarterback everybody in any type of offense would love to have,” Forshee said. “He watches as much film as any of the coaches. Things he doesn’t know, he wants to know. He asks questions as to why we’re doing what we’re doing.”

Tenney’s efforts balance an offense that relies heavily on running back Jordan Smith and a strong offensive line. Smith has 1,567 yards and 24 touchdowns rushing. Nobody else on the team has more than 100 yards rushing.

“We’ve had a really balanced offense this year, and that’s helped us take what the defense is giving us,” Tenney said. “Jordan has been able to get it done on the ground, which opens it up through the air, and we’ve been productive and efficient.”

While the offense seldom turns the ball over, the defense creates takeaways. Safety Ronaven Mokiao has nine interceptions, and linebacker Nate Conger has five. The Bulldogs have intercepted 19 passes and recovered 14 fumbles for a plus-23 mark in turnover margin. They’ve also scored seven nonoffensive touchdowns.

“Turnovers are huge. We talk about all the time that high school football is a game of momentum,” Conger said. “Our offense does a good job once we get those turnovers. We really emphasize it in practice with turnover drills, and once we get them, we get really hyped up.”

It hasn’t been an easy road for the Bulldogs. It never is in the Northwest League, known to some in the valley as the Black and Blue League because of the way the teams beat up one another.

Centennial was 5-1 in games decided by two scores or less, which helped it win a league title for the first time since 2002. The Bulldogs attribute their ability to close games to staying calm, a direct reflection of Forshee’s influence.

“I’m very mellow. I grew up in the Midwest, but I’m a West Coach kind of personality,” Forshee said. “I’ve got long hair, and I’m very chill and relaxed. I do yell, but I don’t yell a lot. The kids know if I’m mad, they’d better get to what they’re supposed to be doing. I think that’s allowed us to stay calm a lot of times.”

The Bulldogs haven’t generated the most buzz. They’re more solid than spectacular. But they’re also one win from reaching the state championship game for the first time, and that suits them just fine.