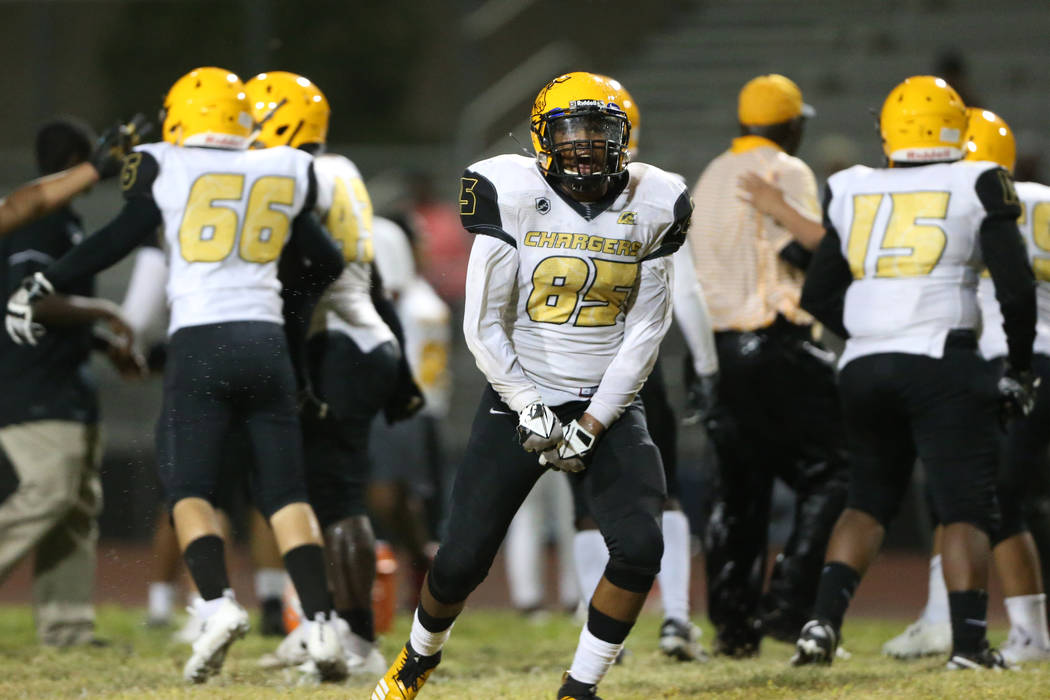 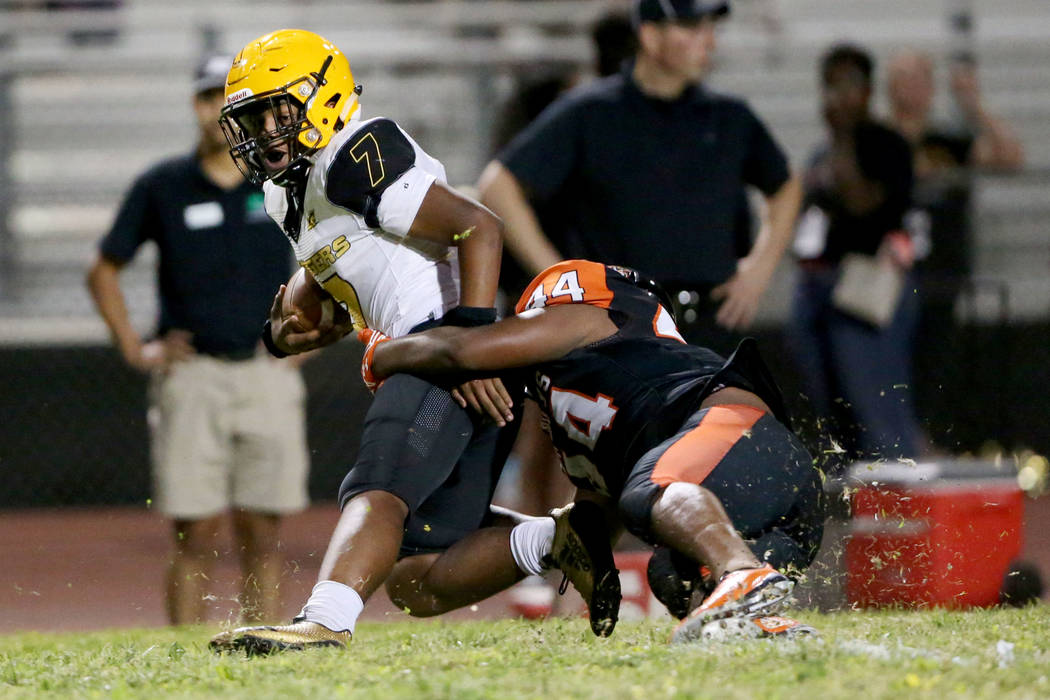 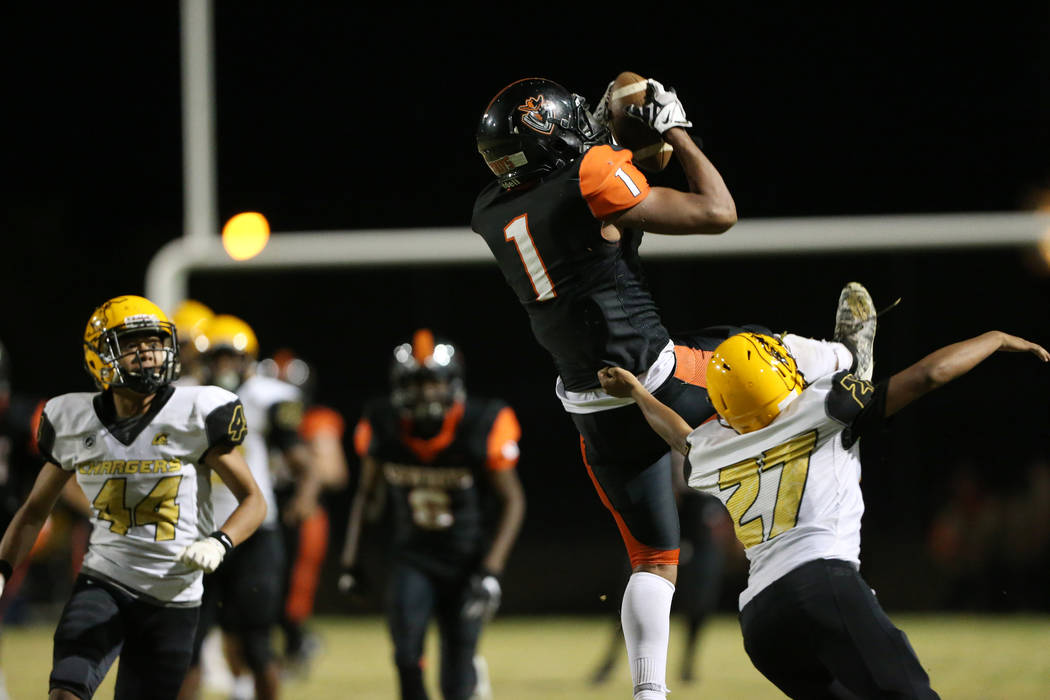 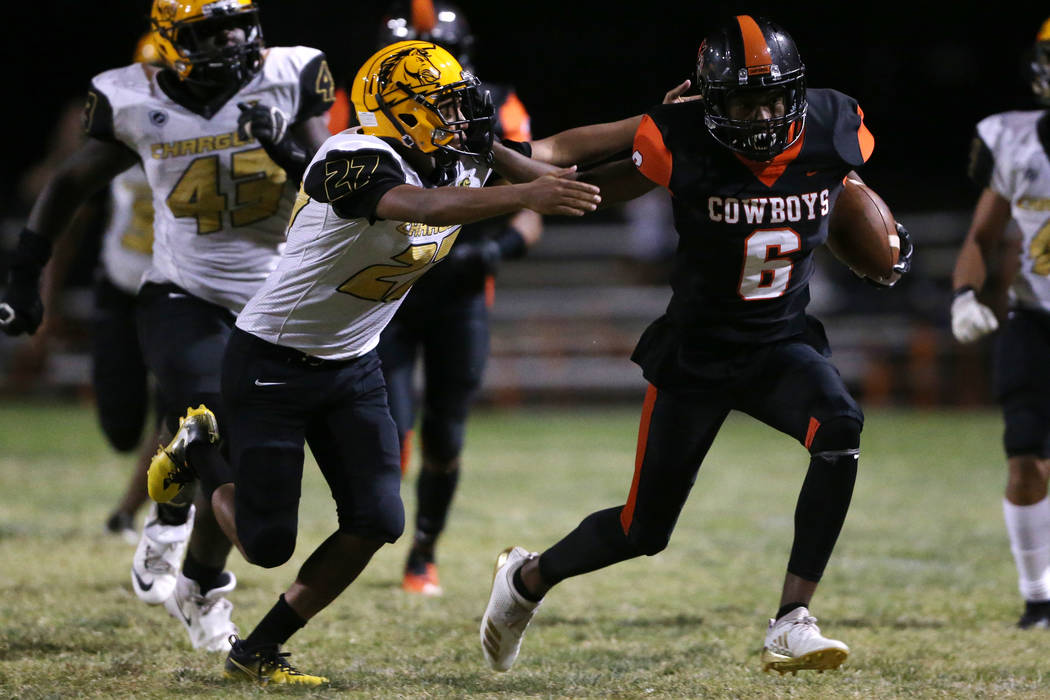 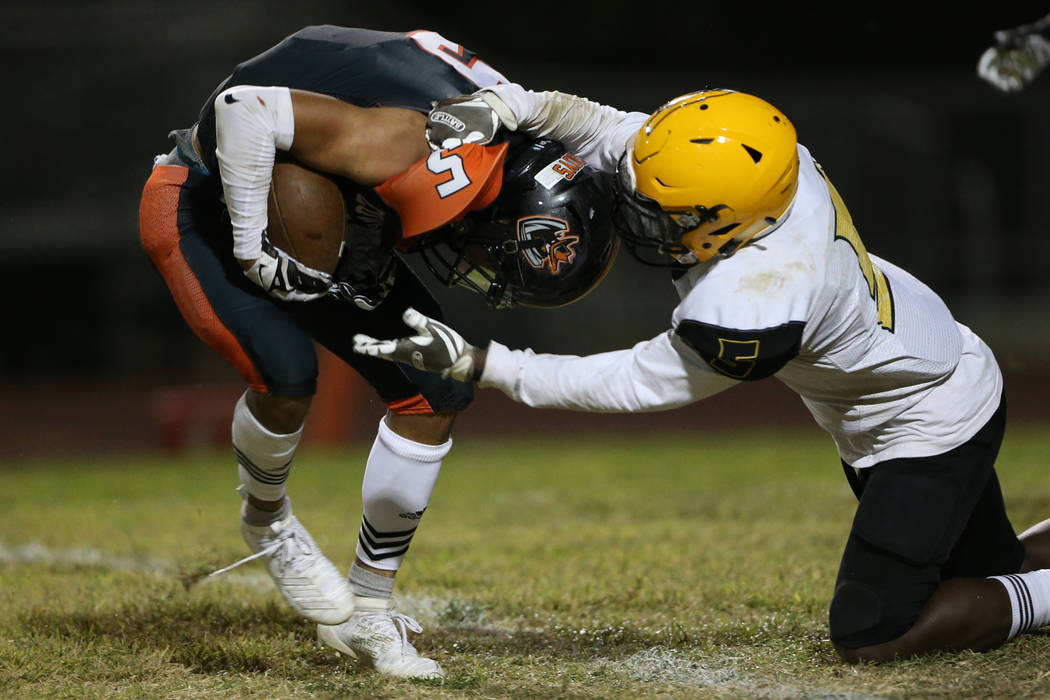 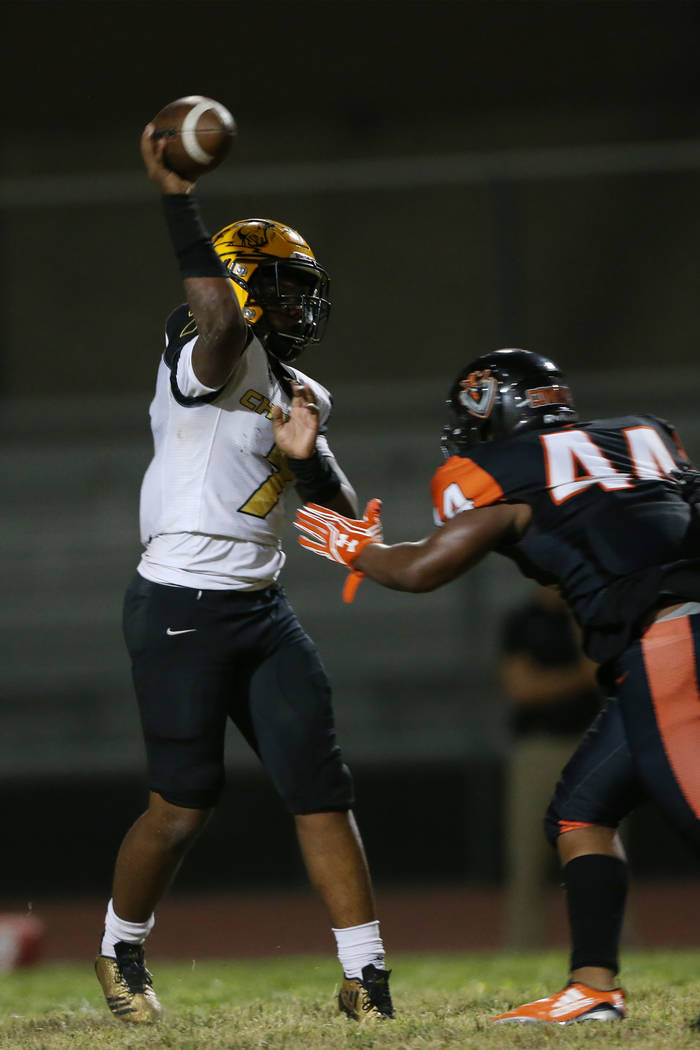 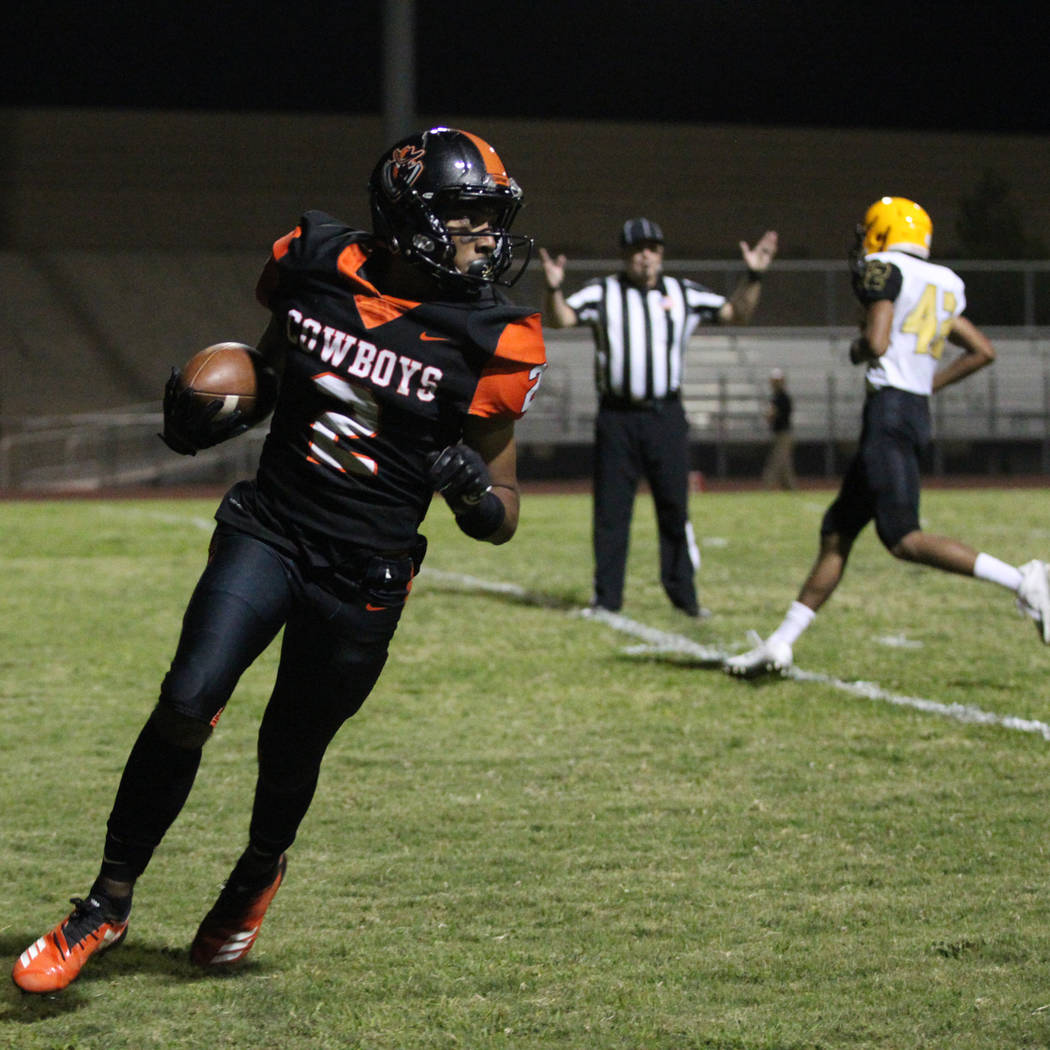 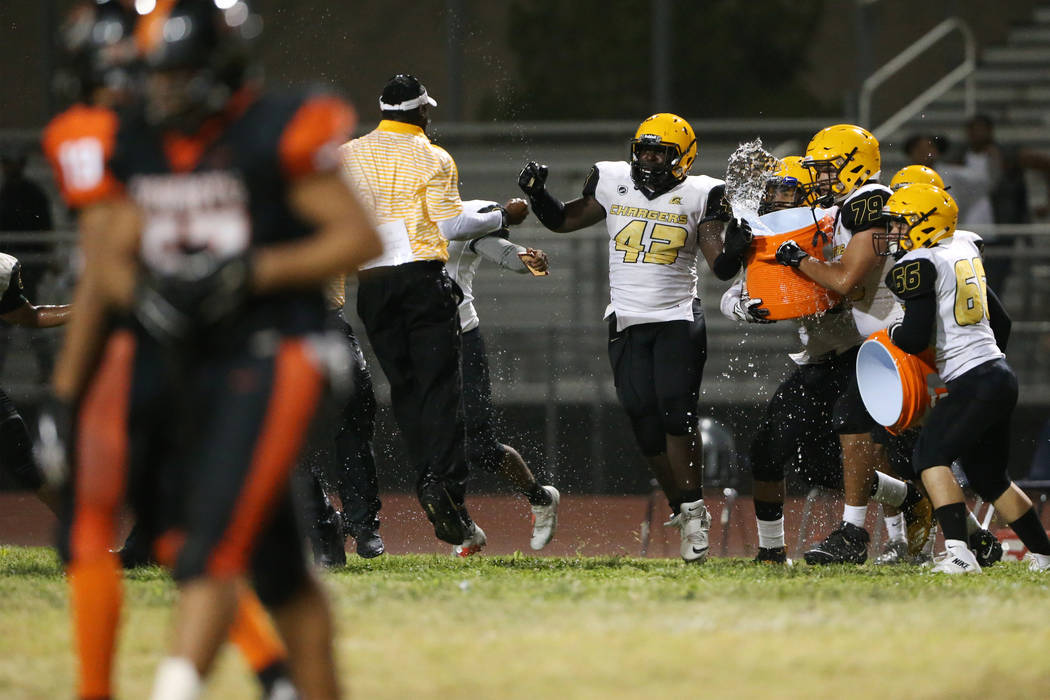 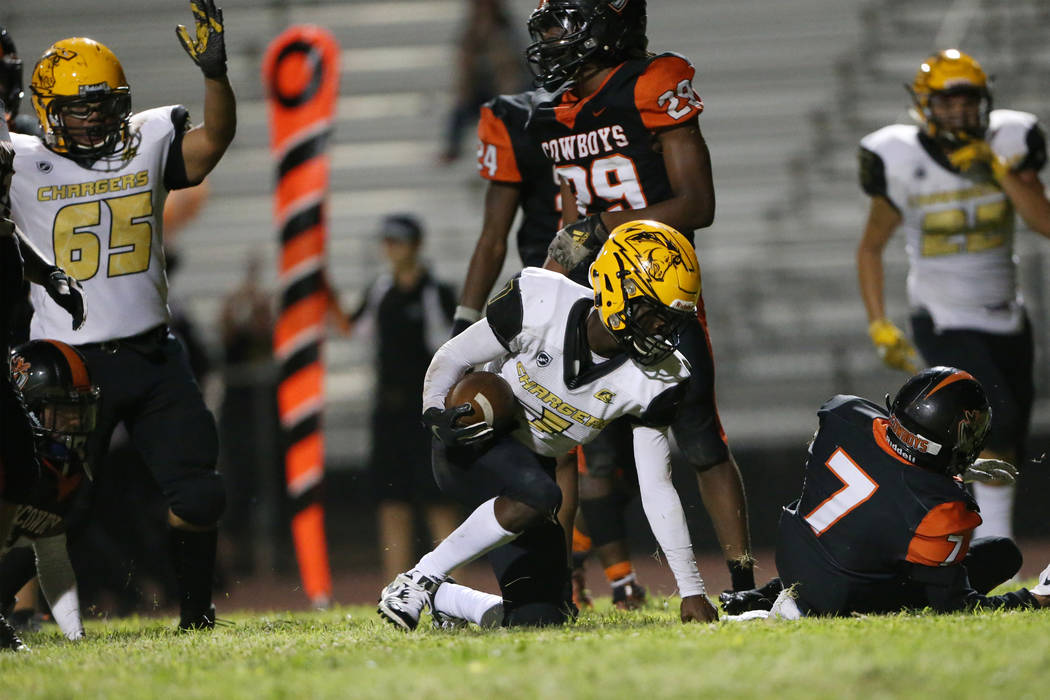 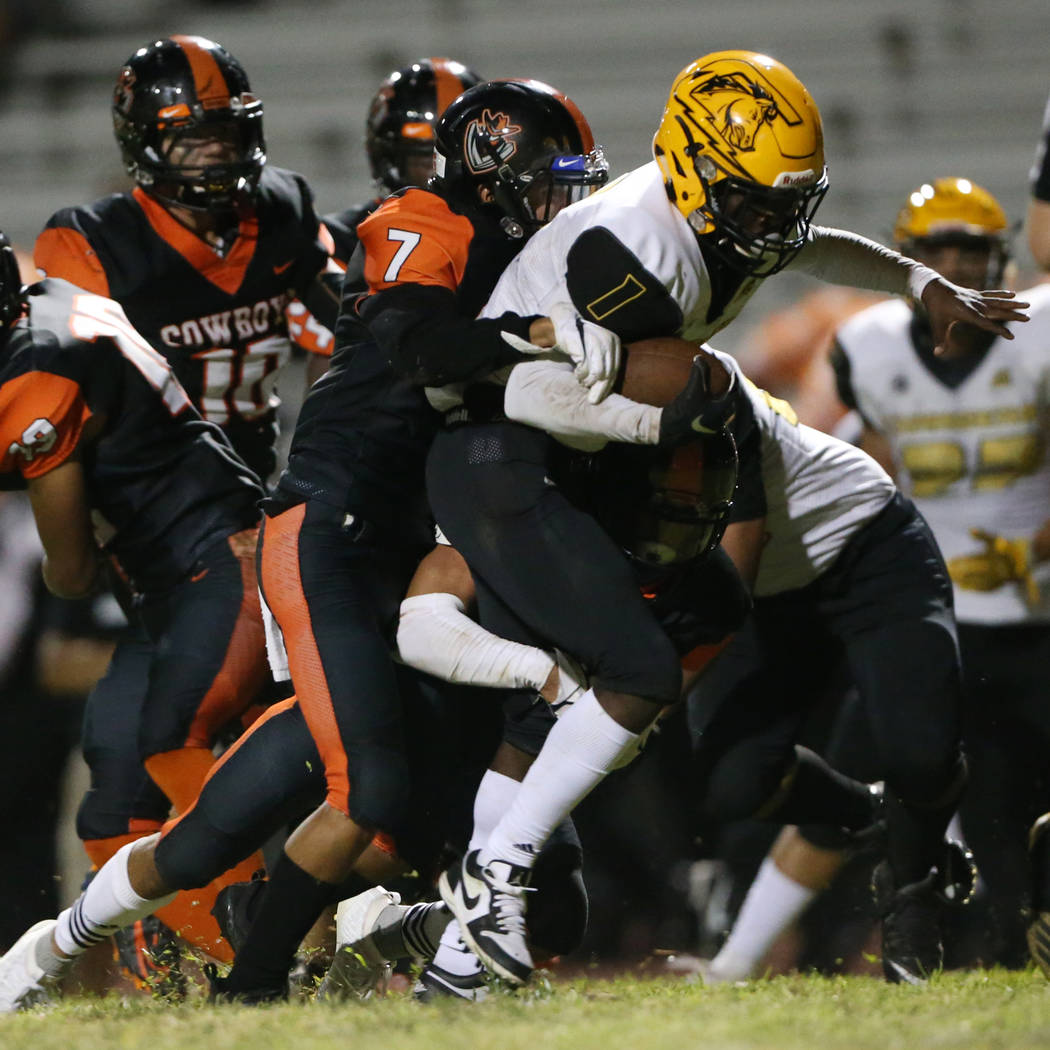 With his offense sputtering, Clark coach Ricky Pickens decided to listen to his big guys up front.

The Chargers went into a power running game with three in the backfield and no wide receivers. The result was two long, physical touchdown drives, and My’quel Johnson’s 2-yard touchdown run with 7:55 to go was the difference in a 27-20 victory at Chaparral.

“They’ve been begging me to do that all year,” Pickens said. “My offensive line has worked extremely hard in the offseason, and they kept saying, ‘Coach, I know we’ve been sputtering. Please, let us go at them.”

The Chargers (3-1) did, and they have their first three-game winning streak in at least 15 years.

Pickens received a Gatorade bath after the victory, which came against his predecessor at Clark, Chaparral coach Don Willis.

“This one feels amazing for a lot of reasons,” Pickens said. “One, is because I came behind Don Willis. He’s got a great football team over there. They play hard, and nobody expected Clark to come over here and play with these guys. But we believed in the locker room.”

The decision to get physical came after Chaparral’s biggest play of the night. Steve Torres broke on a Johnson pass for an interception and raced 90 yards to give the Cowboys a 20-13 lead.

Clark answered when Elijah Caver closed out a 10-play, 80-yard drive that was all on the ground with a 13-yard touchdown. On Clark’s next drive, Caver ran for 16 yards on third-and-16 for a key first down that set up Johnson’s 2-yard plunge.

The Chargers’ defense took it from there, recording a third-down sack that forced a punt before D’on Williams’ interception in the final minute put the game away.

“Our defense has been like that all season,” Pickens said. “Tonight you see what happened, a game-saving play on defense. That’s what we wanted.”

Jimenez entered the game on the drive and finished with 188 yards passing and the touchdown with one interception.

To that point, the Clark offense had yet to pick up a first down, but the Chargers got the big play they needed right before halftime. Johnson fired into the end zone for Latroy Howard, who had a defender in front of him but timed his leap perfectly for a 30-yard touchdown.

Chaparral hit a long pass to add a 41-yard field goal by Perez for a 13-7 halftime lead, but that didn’t deter Clark.

“That (touchdown) was huge because it shifted momentum and gave us the confidence we needed going into the half,” Pickens said. “We knew we could play with these guys, but that gave us a lot of confidence.”

Williams led the Chargers with 76 rushing yards on 22 carries, along with the late interception. Caver ran for 67 yards on 10 attempts, and Johnson threw for 100 yards, two touchdowns and two interceptions.