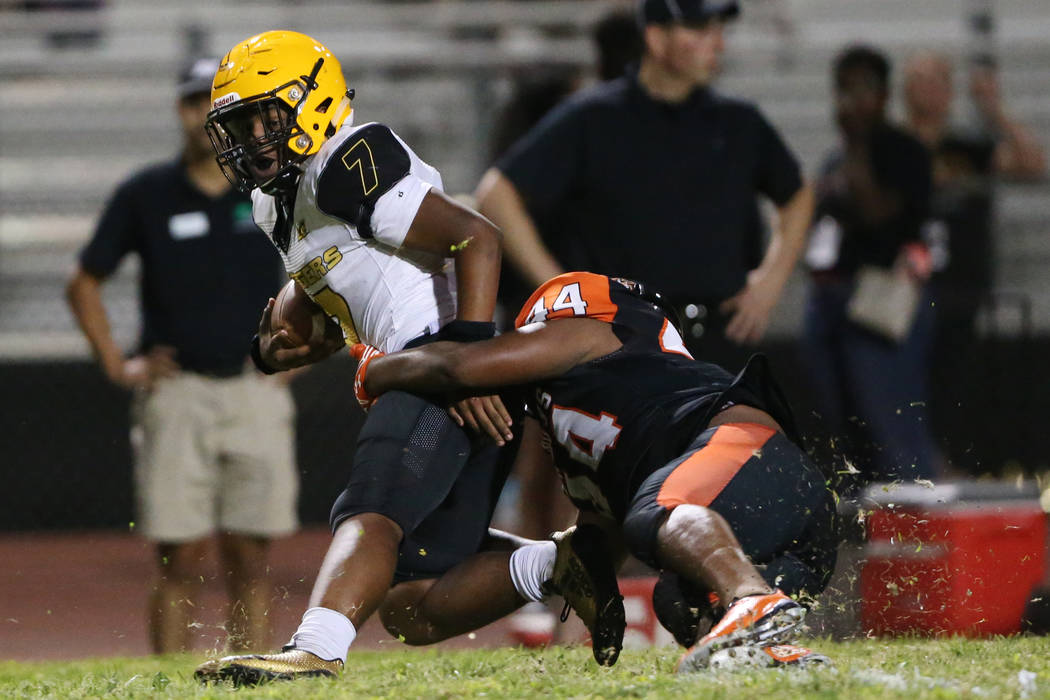 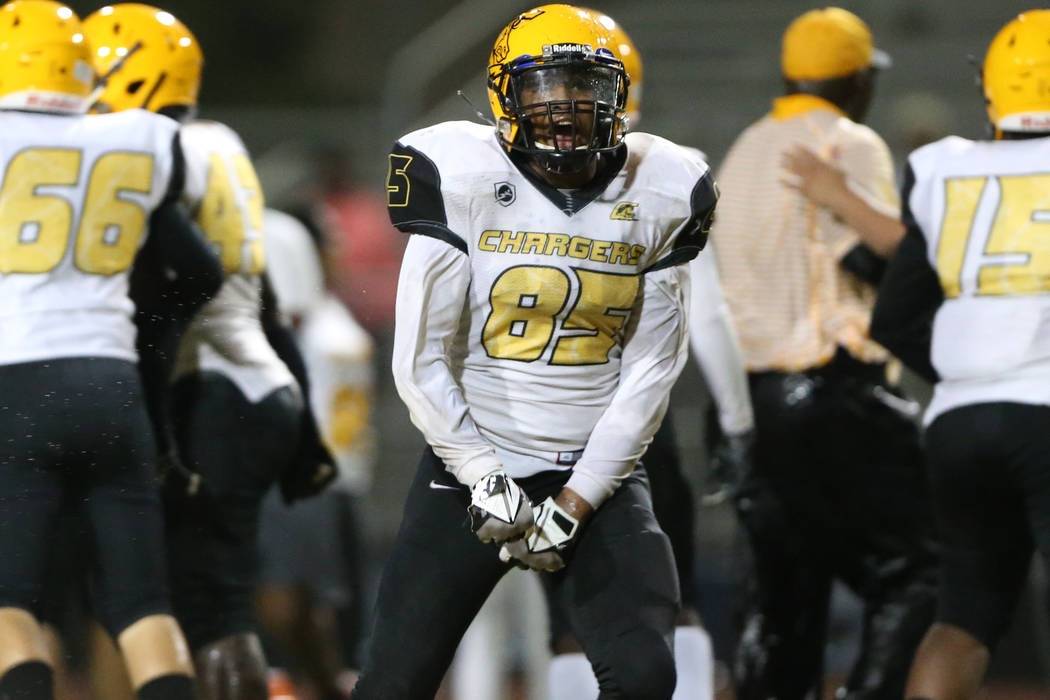 Going to school every day is a little different for Brett Arquette this year.

The senior walks the same hallways and gets dressed in the same locker room for football practice with many of the same teammates he’s had for the entirety of his time at Clark High School.

It’s the chatter and environment surrounding the Chargers’ football team that has changed.

“I don’t hear people talking about how bad the football team is,” Arquette said. “I actually feel a little proud of this program.”

Winning has that effect, and Clark has dramatically changed its fortunes. Since dropping their opener, the Chargers are riding high with a five-game winning streak after having won only four times in the past three years combined.

They will try to continue that roll and clinch their first winning season since 2014 when they meet Durango on Friday. They could also wrap up a playoff berth, their first since 2013, with a win. In both of those most recent successful seasons, the Chargers played in a lower classification than the 4A in which they now reside.

How shocking is Clark’s winning streak? In the past 15 years, the program hadn’t won as many as three games in a row. It’s believed the last time the Chargers won this many consecutive games was during the 1993 season, when they claimed the last of their four 3A state championships.

“My main goal coming here was to get the program turned around and feel what the postseason looks like in 4A,” said Clark coach Ricky Pickens, who is in his third year at the school. “To my recollection and from my research, Clark football has never been in the 4A playoffs. For us it’s historic. It shows we belong here and can compete here.”

Now comes the hard part for Pickens and Clark — dealing with success. Or, as Pickens calls it, not getting “Clarkitis.” He describes Clarkitis as getting complacent and having a confidence that “shouldn’t be there until the game is over.”

Clark survived a case in its most recent game, a 27-20 win over Sierra Vista. The Chargers raced to a 12-0 lead in the first five minutes, but they lost focus after that. The Mountain Lions rallied to tie the score before Kobe Mosley scored the last of his three touchdowns to secure the victory Saturday at Sam Boyd Stadium.

Saturday’s win was the latest in a rash of exciting finishes for the Chargers during the streak.

Since shutting out Rancho 14-0, each of Clark’s wins has been by one score. The Chargers were held scoreless by Valley for three quarters before rallying for a 12-6 win. Their only lead in a win over Chaparral was the 27-20 final score, which came on a My’quel Johnson 2-yard run with 7:55 left. The Clark defense made it stand up with two late stops.

“It’s amazing because during the game my heart’s pumping and I’m nervous, because I don’t know what’s going to happen,” said sophomore D’on Williams, who closed the Chaparral win with a last-second interception.

The Chargers followed the win over Chaparral, the first loss for the Cowboys, by edging Spring Valley 21-14 in their Southwest League opener, when Johnson connected with Kenneth Cason for a 35-yard touchdown with 1:20 left in the game.

Pickens said the late scores show Clark has learned how to find ways to win games it most likely would have lost in the past. He gives all the credit for that to his assistant coaches — Deumaine Reeder, Gjason White, Kenny Reed, Dontae Taylor and Ricky Ray — for their game plans and in-game adjustments.

The players can sense a difference, too. The bickering among teammates that has derailed past teams is gone. But they understand it’s easy to get along when they’re winning. They know the key will be staying together if and when the streak ends.

“It’s very important (to stay focused) because we could worry about our win streak and not think about the game, and have our whole energy fall off,” Williams said.