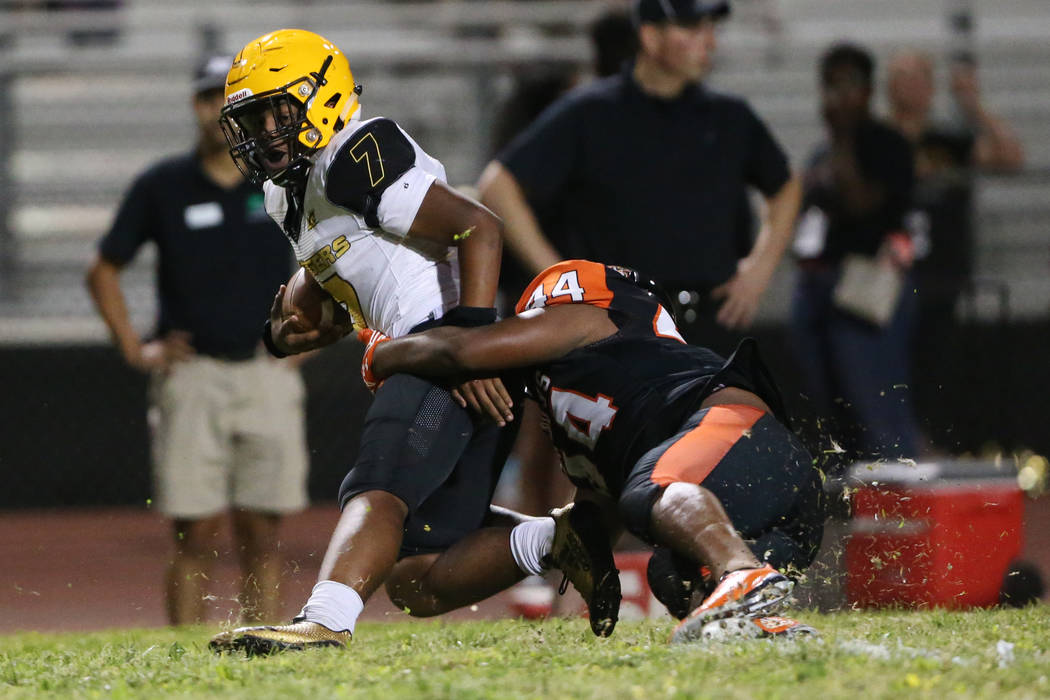 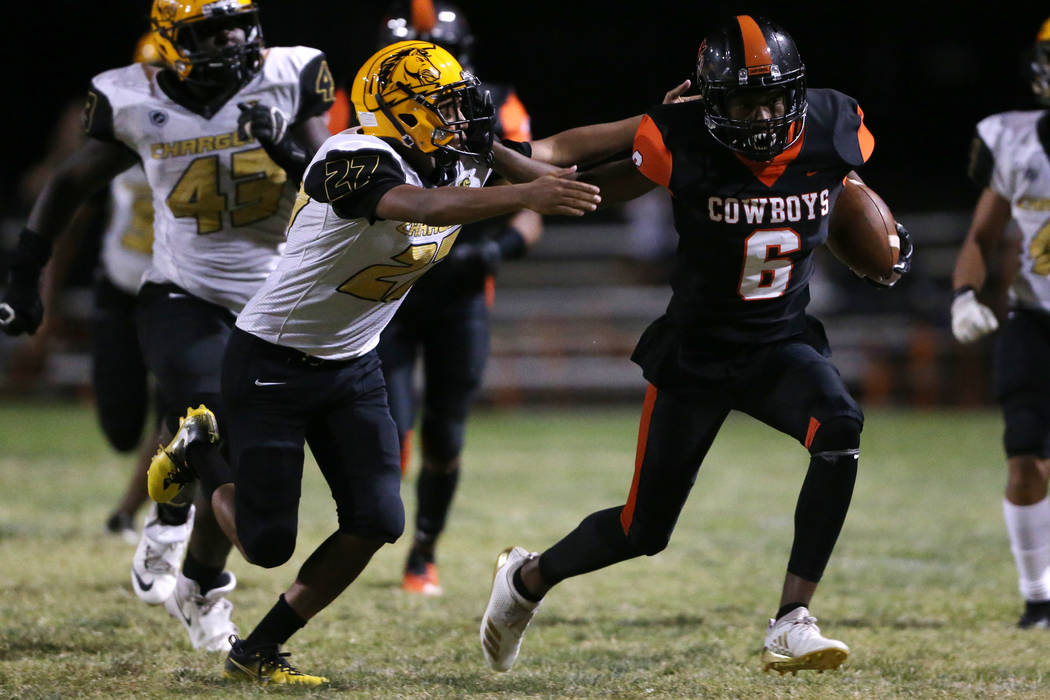 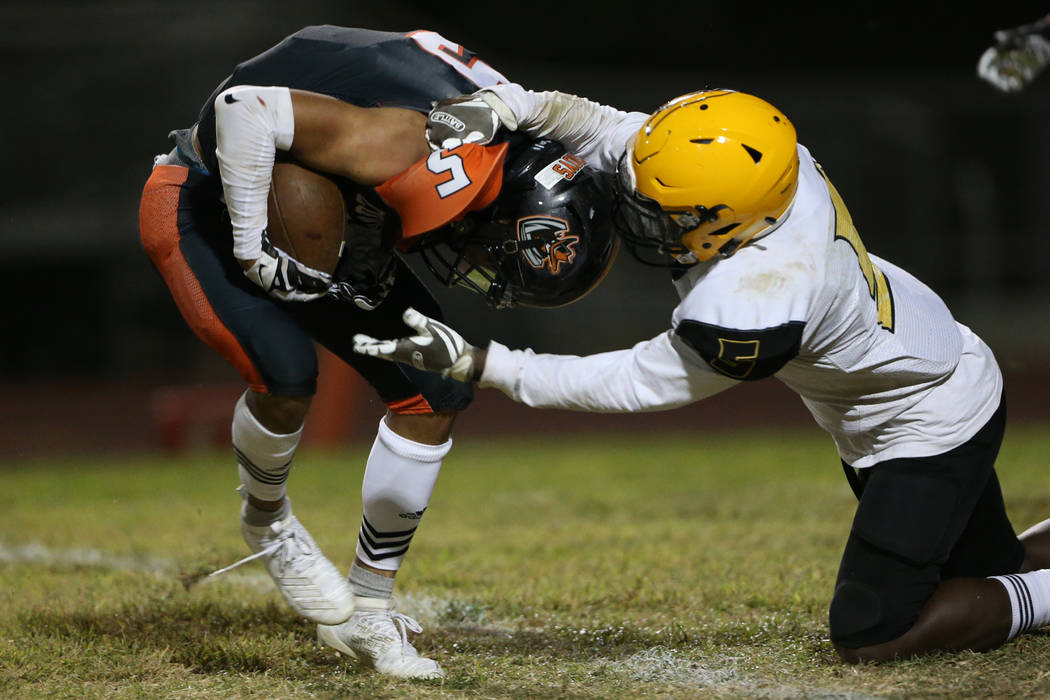 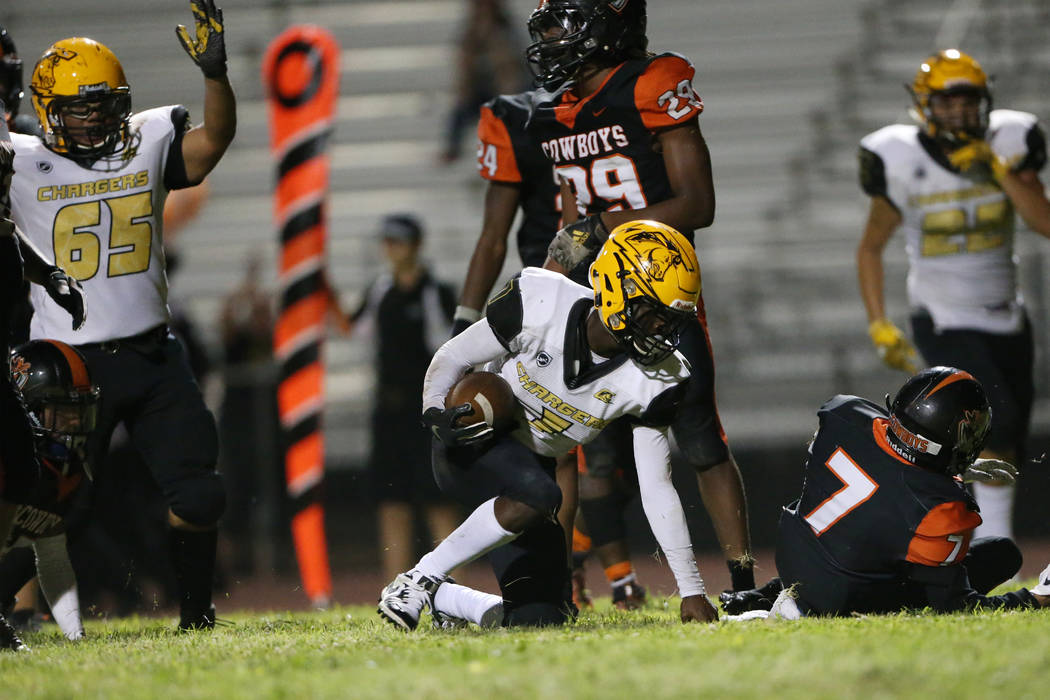 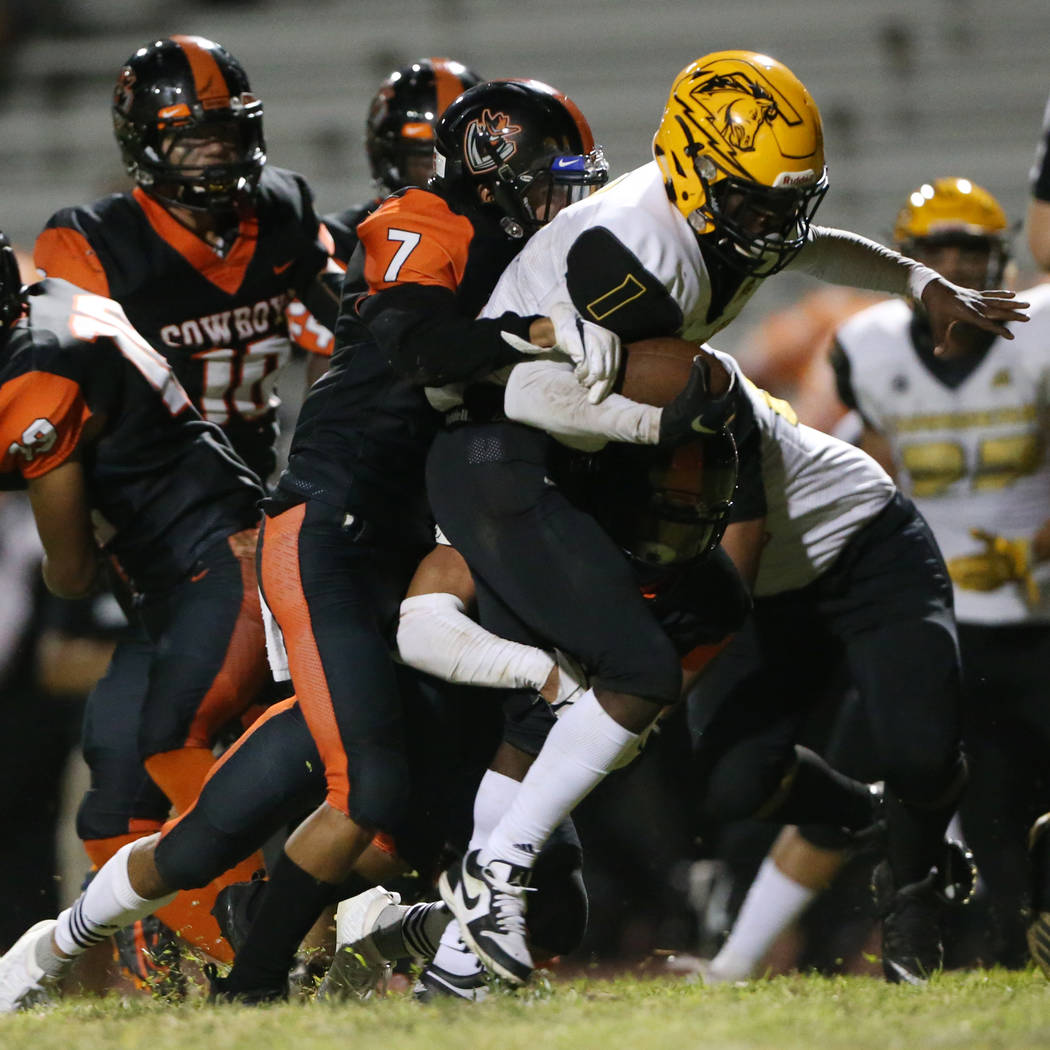 Some teams in the valley begin league play, and others are still fine-tuning for their league slate. Let’s take a look at five of the top games this week.

Clark (3-1) has been the surprise of the valley and is riding its first three-game winning streak in at least 15 years. The Chargers’ defense has been the catalyst of the early turnaround, and it will face a Spring Valley team in the Southwest League opener that is looking to get its offense kick-started. The Grizzlies (1-1) have averaged 16 points per game.

In what should be a tight Southwest League playoff race, this opener could be a difference maker. Silverado (2-1) has sandwiched blowout wins over Bonanza and Del Sol around a loss to unbeaten Las Vegas. Junior Aginae Cunningham is the Skyhawks’ leader with 542 yards rushing and five touchdowns. Durango (1-3) picked up its first win last week against Sunrise Mountain, and quarterback Ryan Cabase leads the Trailblazers in passing and rushing.

It’s the unofficial Liberty Bowl, and the Patriots (0-4) hope it will be the game that gets them in the win column. Arizona’s Liberty (3-1) is one of the up-and-coming programs in that state, Liberty coach Rich Muraco said, and has a stout defense that has allowed more than 14 points once.

Legacy (1-2) is coming off an overtime loss to rival Arbor View, and Green Valley (2-2) has scored seven points in each of the past two weeks, losing to Moapa Valley and Palo Verde. That could put a lot of pressure on the Gators’ defense to slow Liberty dual-threat QB Evan Oleas, who has 788 yards passing, 367 yards rushing and 12 total TDs.

The third and final Southwest League opener this week pits Desert Oasis (2-1), coming off a bye, against Sierra Vista (0-4). Christian Vaughn leads the Diamondbacks offense with 628 yards rushing and looks to pad that against a Mountain Lions defense that has allowed 176 points.