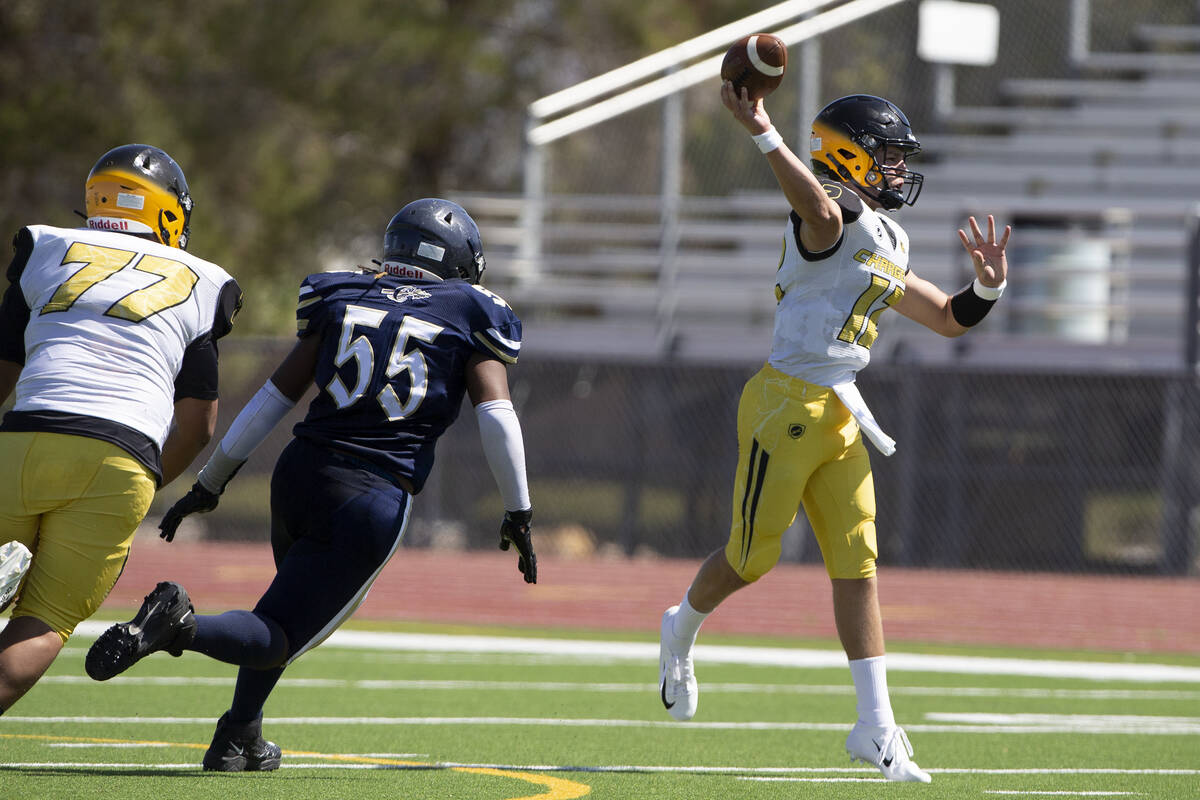 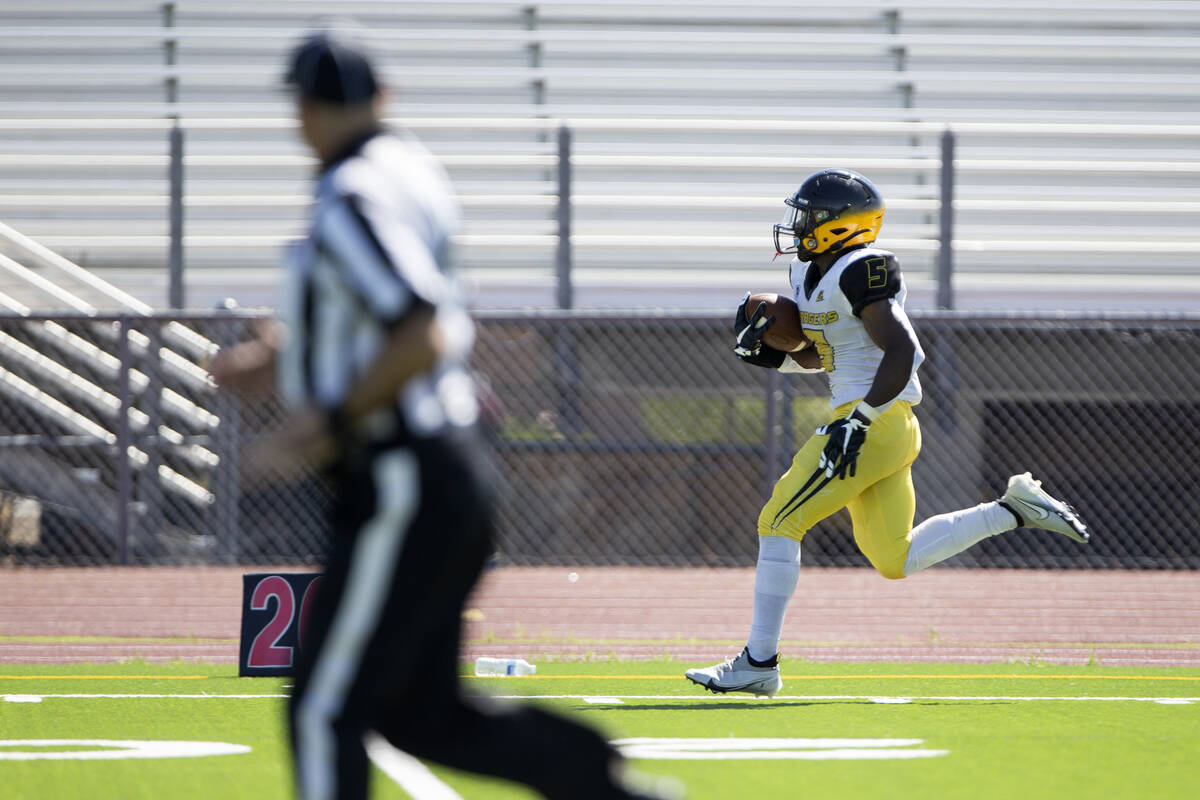 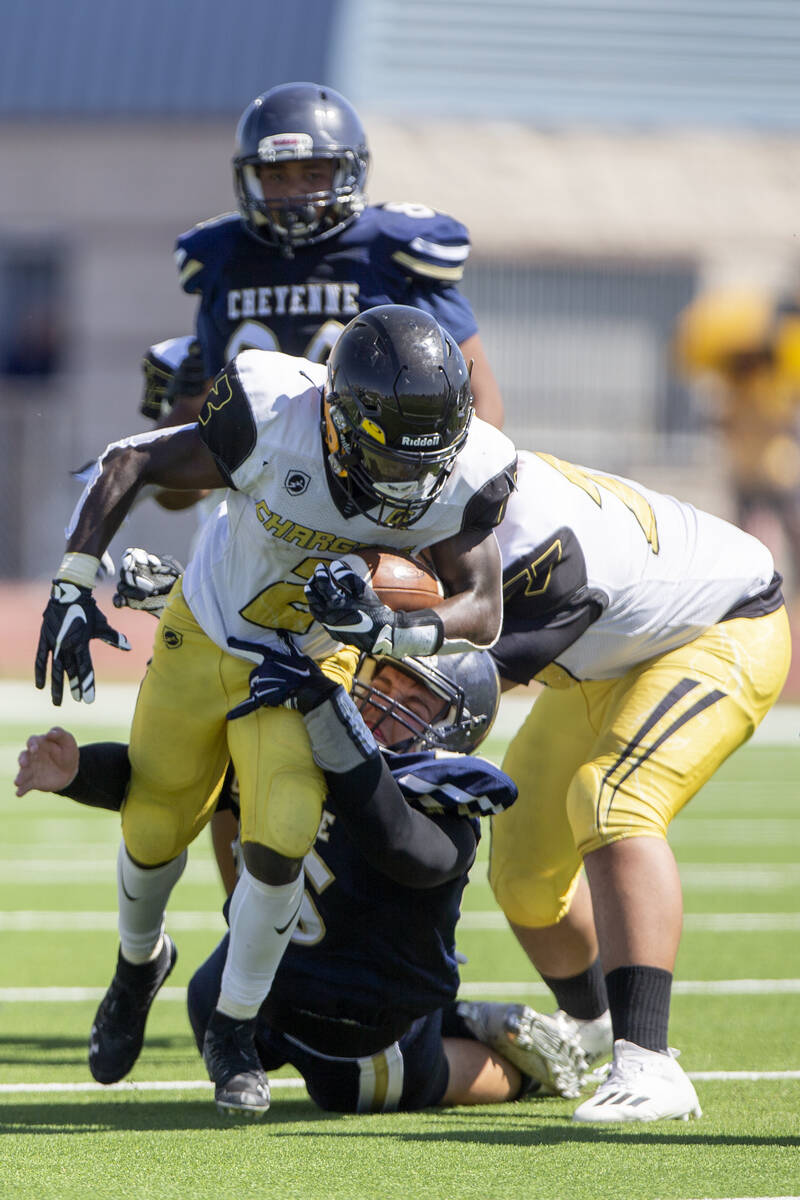 Two years ago, Clark was the surprise team in the valley.

The Chargers had won a total of four games in the three seasons leading up to 2019 and not much was expected from them, especially after a loss to Virgin Valley in their opener.

But Clark won its next five games and edged Desert Oasis in the final seconds of its second-to-last game of the regular season to clinch a playoff spot for the first time in six years.

The fact that the Chargers were playing meaningful games down the stretch was a big difference from the previous few seasons.

“The mentality of the program is to not settle on our success but to try to build off that,” said Clark first-year coach Deumaine Reeder, an assistant with the 2019 team. “The kids see what we’ve done in the past and where we’ve come from, so that has paid off because the kids have known the program’s struggles over the years. They don’t want to repeat that.”

Clark reached the playoffs in the old Class 4A and remained in 4A under the new alignment, which created 5A. The Chargers are 6-1 and have largely been dominant with the exception of a 41-0 loss to Las Vegas. Even with that loss, Clark has outscored its opponents 242-68 this season, a leap from two years ago when five of its six wins came by one score.

“The biggest thing for us is we’ve got some guys who were sophomores then and are now seniors,” Reeder said. “And we’re standing on our motto of the year ‘FINAO, or failure is not an option.’”

Reeder said Clark is trying to build its program by watching what successful ones such as Bishop Gorman and Liberty do.

If things keep going the way they are, the Chargers might be a model for other programs looking for a turnaround.

Eldorado, which also benefited from the new alignment, going from the old 4A to the new 3A, could be one of those teams. The Sundevils are 3-4, but that win total is the school’s best since 2014, and they won their first two 3A Desert League games. A playoff spot is a near certainty, and the Sundevils are in position to potentially claim a league title with tough games against Pahrump Valley and SLAM Nevada remaining.

“It means the world to these guys,” Eldorado coach Henry Jackson said. “The seniors were afraid they were going to miss out on their senior year, too, so the fact that these games late in the year have meaning is huge.”

The Sundevils put themselves in position atop the league standings by rallying past Boulder City 15-14 two weeks ago. They trailed 14-0, and Boulder City was looking for another touchdown but was stopped on the 1-yard line.

But Jackson and Eldorado got a rude awakening about the ups and downs of building a program last week, when it followed up the emotional win over Boulder City with a 34-7 loss to Rancho. Fortunately for the Sundevils, that was a nonleague game, so it didn’t take away from their postseason aspirations.

“We just let them know when you don’t prepare for victory, you put yourself in position for failure,” Jackson said. “Last week’s practice schedule was rough and shoddy at best. We had a day off for staff development day and picture day for the whole school Thursday, our walk-through day. But it’s a learning experience, and the blame is on me for that game. We have to have them prepared.”