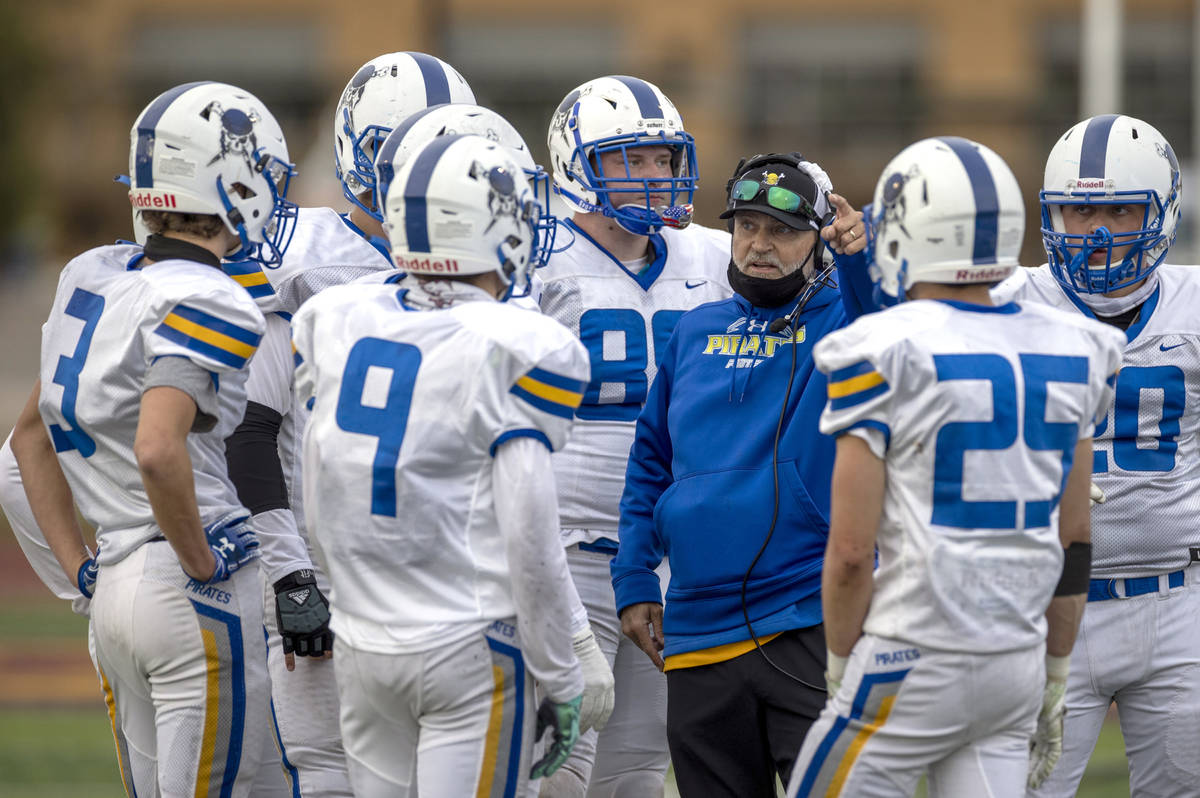 For Class 3A football teams in Southern Nevada, it was an even split as to whether they were allowed to play during the spring.

Five were, and five weren’t.

The teams that played mostly agreed that those games put them ahead of where they normally would be in August.

“In the spring, we were able to concentrate not so much on the outgoing seniors as our young players, and now every kid coming up has four games of experience,” Moapa Valley coach Brent Lewis said.

Moapa Valley and Virgin Valley were the only two Clark County School District teams that were allowed to play. Virgin Valley got a last-minute go-ahead after its hybrid-learning model was approved, but that didn’t allow much time to prepare.

The Bulldogs went 2-2, with both victories over Pahrump Valley.

“It was definitely better than not being able to do anything,” Virgin Valley coach Matt Woods said. “But it was a tough four to five weeks with everything going on, trying to get the kids back out. It’s the same thing right now. We’re got kids that have been sitting at home doing nothing for a year, and we’re getting them doing something again.”

Moapa Valley and Virgin Valley got a playoff-like atmosphere for their annual Hammer Game. Moapa Valley won 18-14 to claim the hammer after the Bulldogs held it with two wins over their rival in 2019.

SLAM Nevada took on a different level of foe than normal, with games against Class 5A teams Bishop Gorman and Faith Lutheran.

“Across the board, we can go into each game and say we’ve seen better,” SLAM Nevada coach Mike Cofer said. “We’ve gone against the best in the valley. It’s not like any schedule we play will be easy, but nothing will be more difficult.”

As for those who didn’t play, preseason practice has been a different experience.

Boulder City coach Chris Morelli said his team is “behind the eight ball, and we’re seeing that at practice right now.”

The Eagles have established a winning culture over the years, and Morelli said the players knowing what he expects helps. But he has only two players with varsity experience.

It’s a similar situation for Valley, which is trying to get into the playoffs after three straight 4-6 seasons.

Coach Quincy Burts understands it was an advantage for teams that played in the spring, but he’s not letting the Vikings use it as an excuse.

“I don’t preach that we’re behind,” Burts said. “They do have a slight edge because they understand the game protocols and how to compete through a full game with (COVID-19) testing and all of that.”