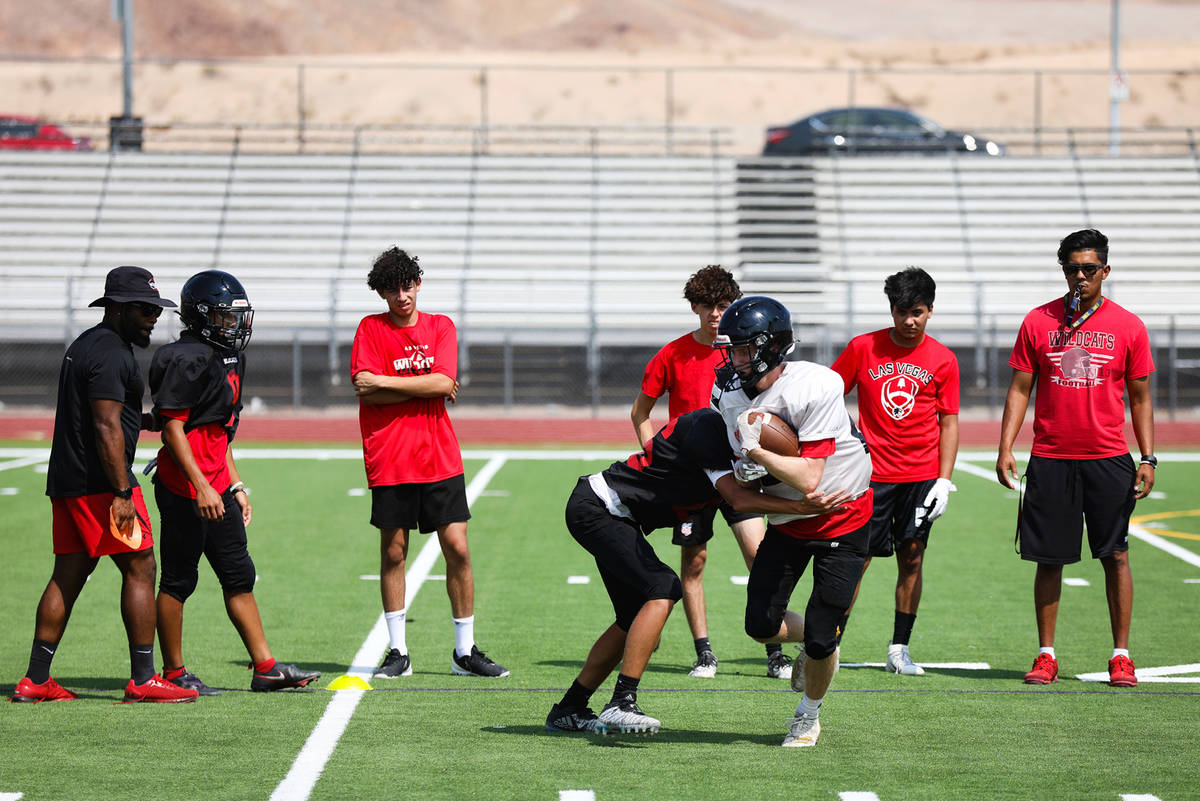 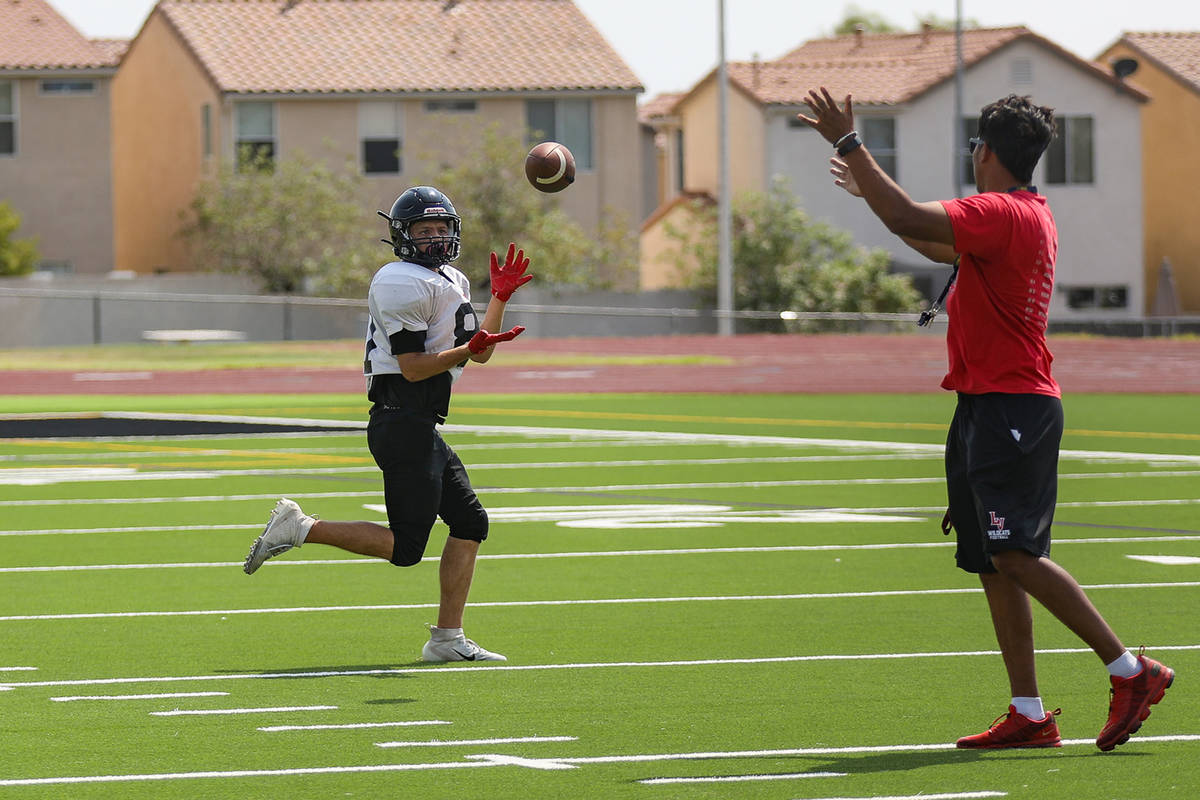 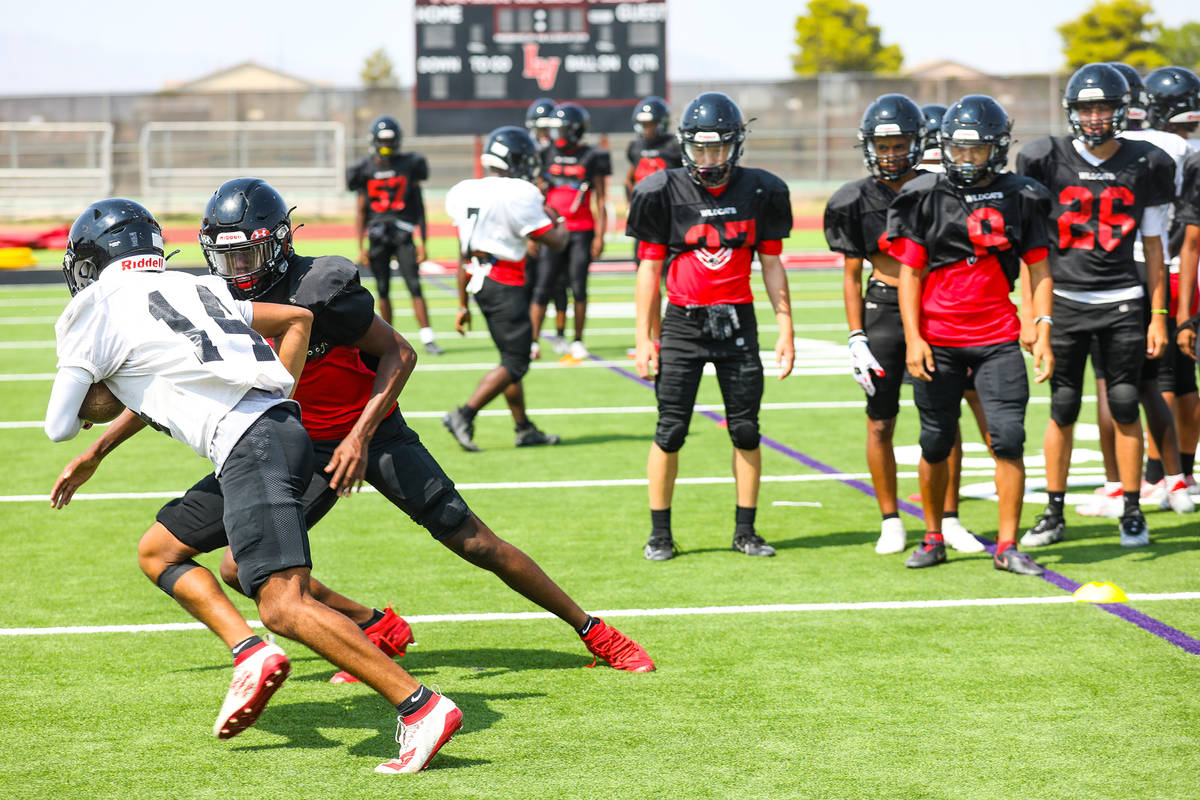 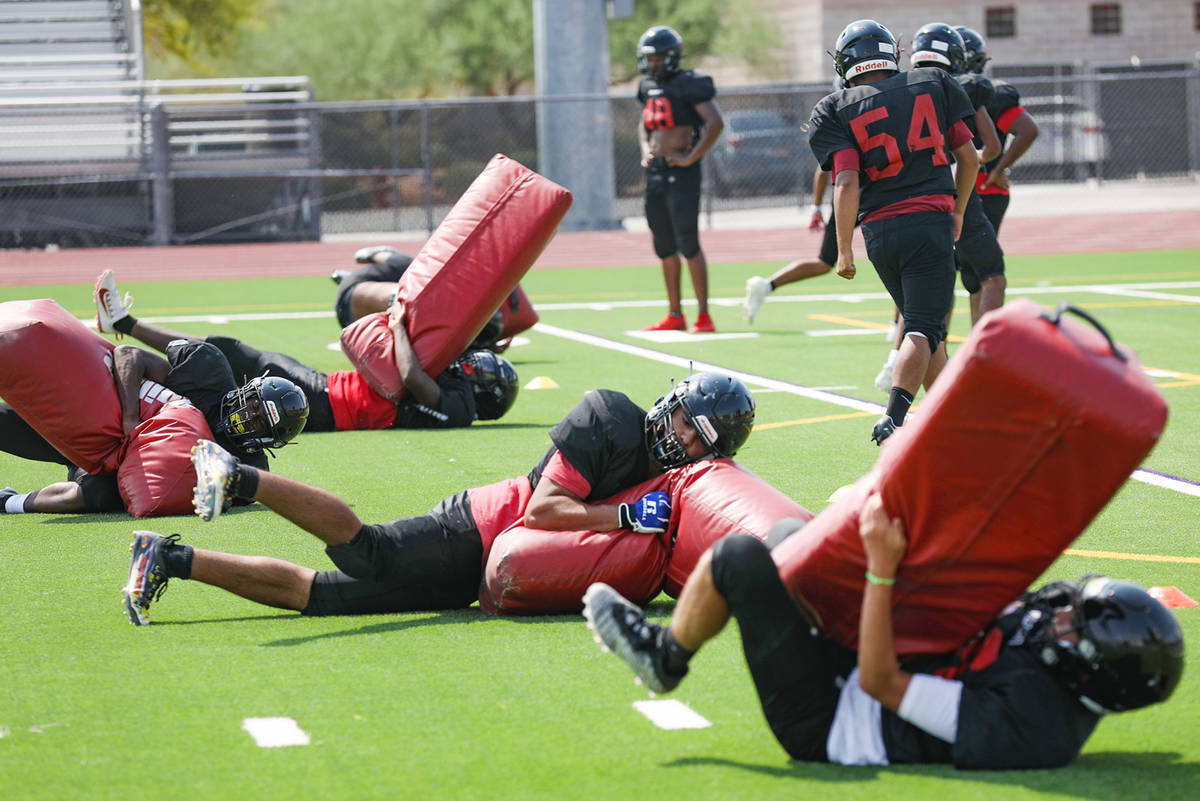 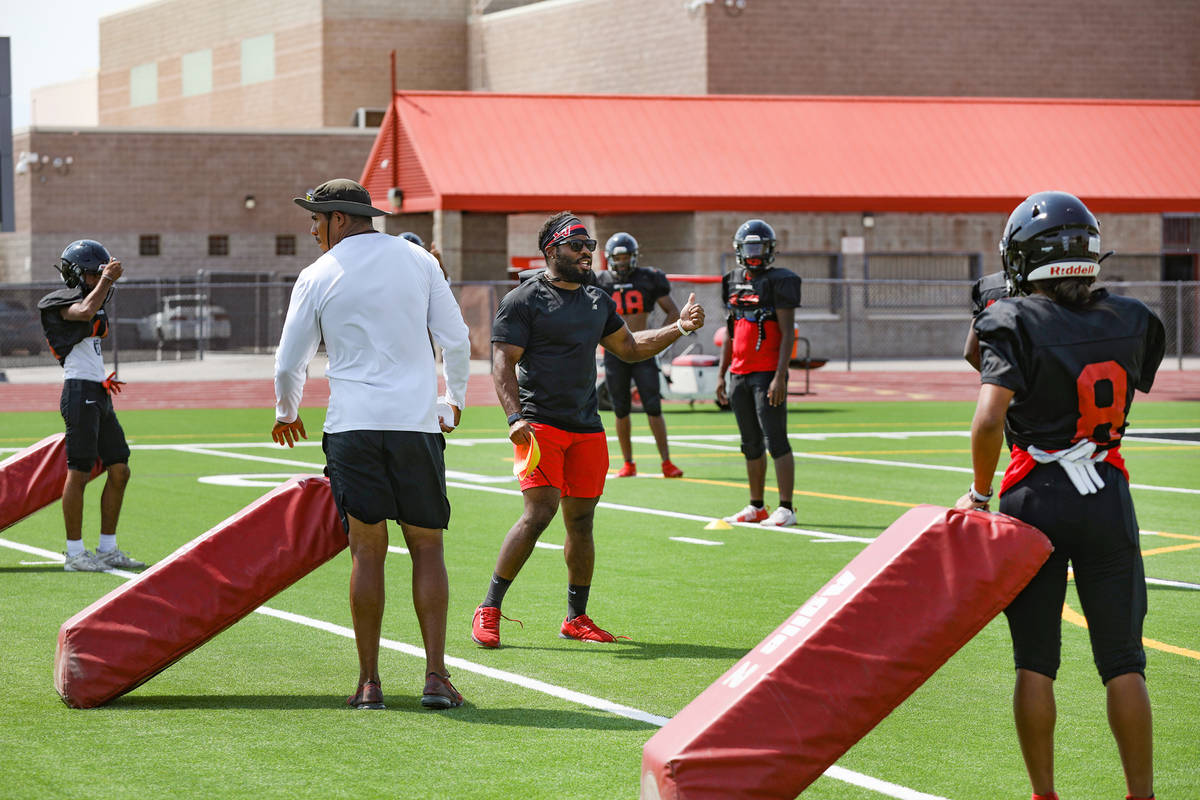 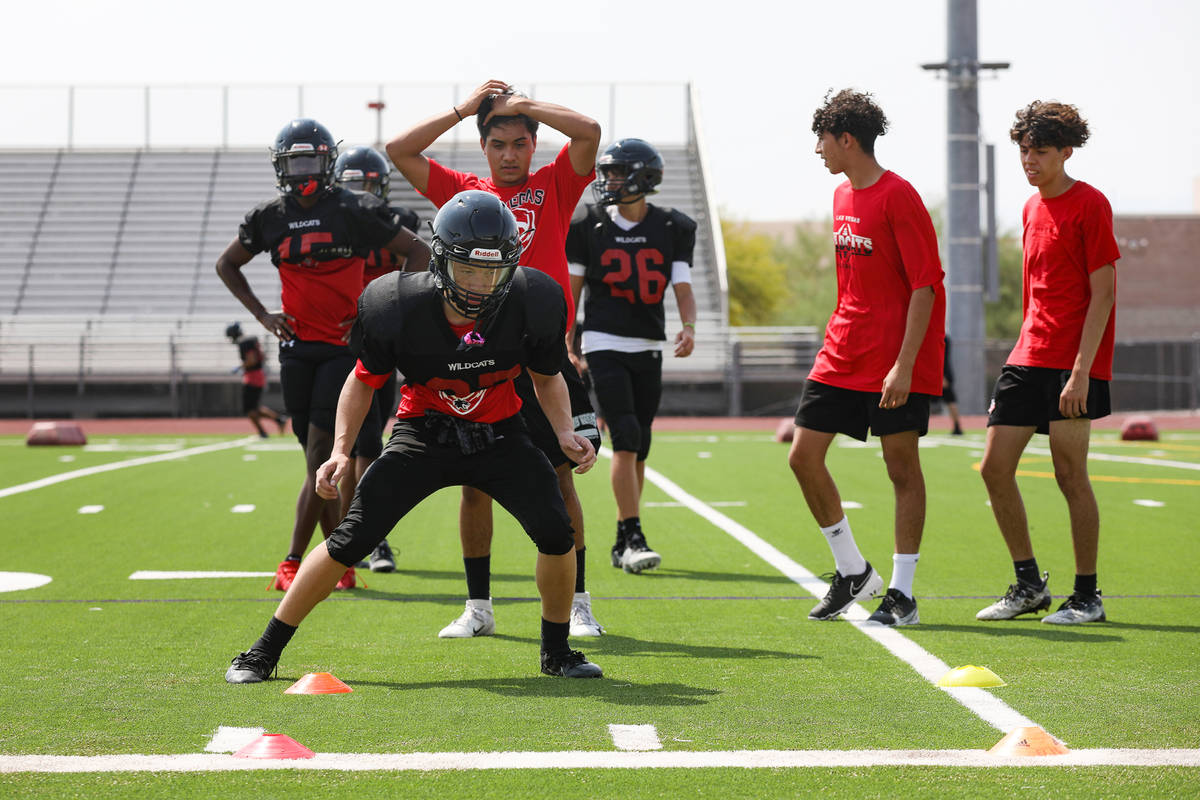 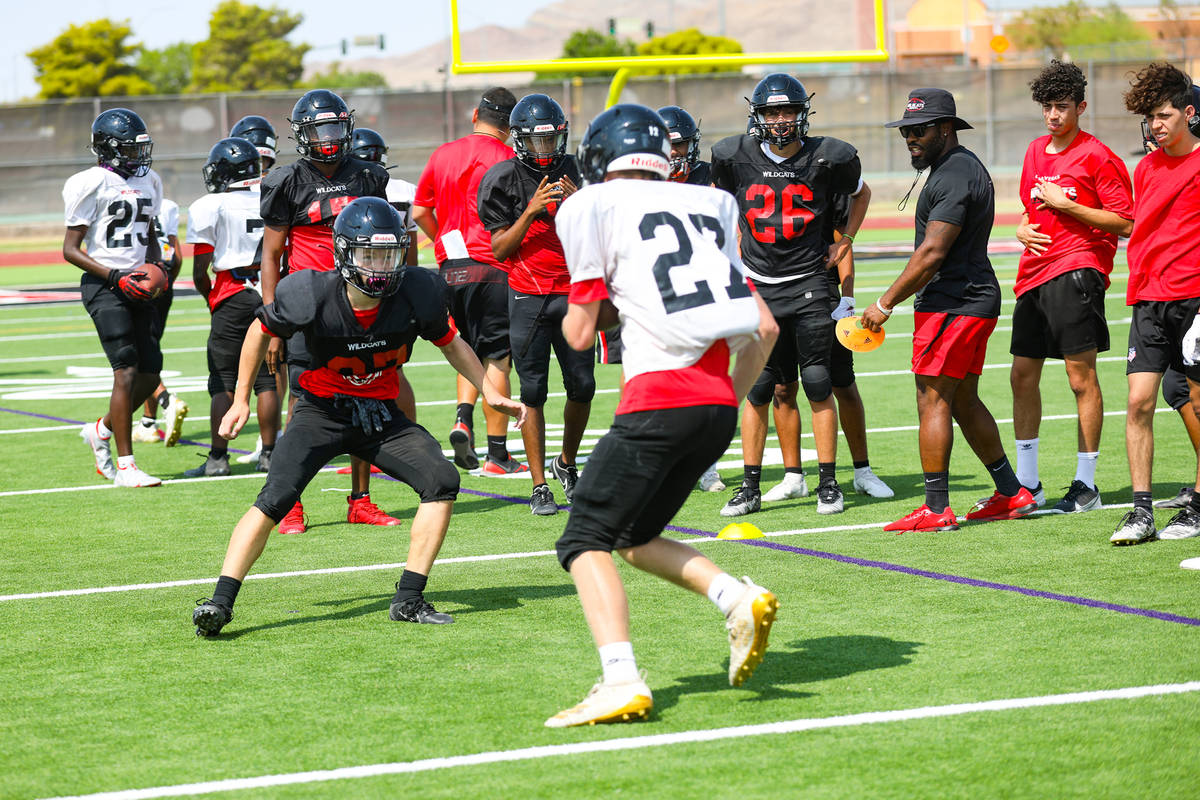 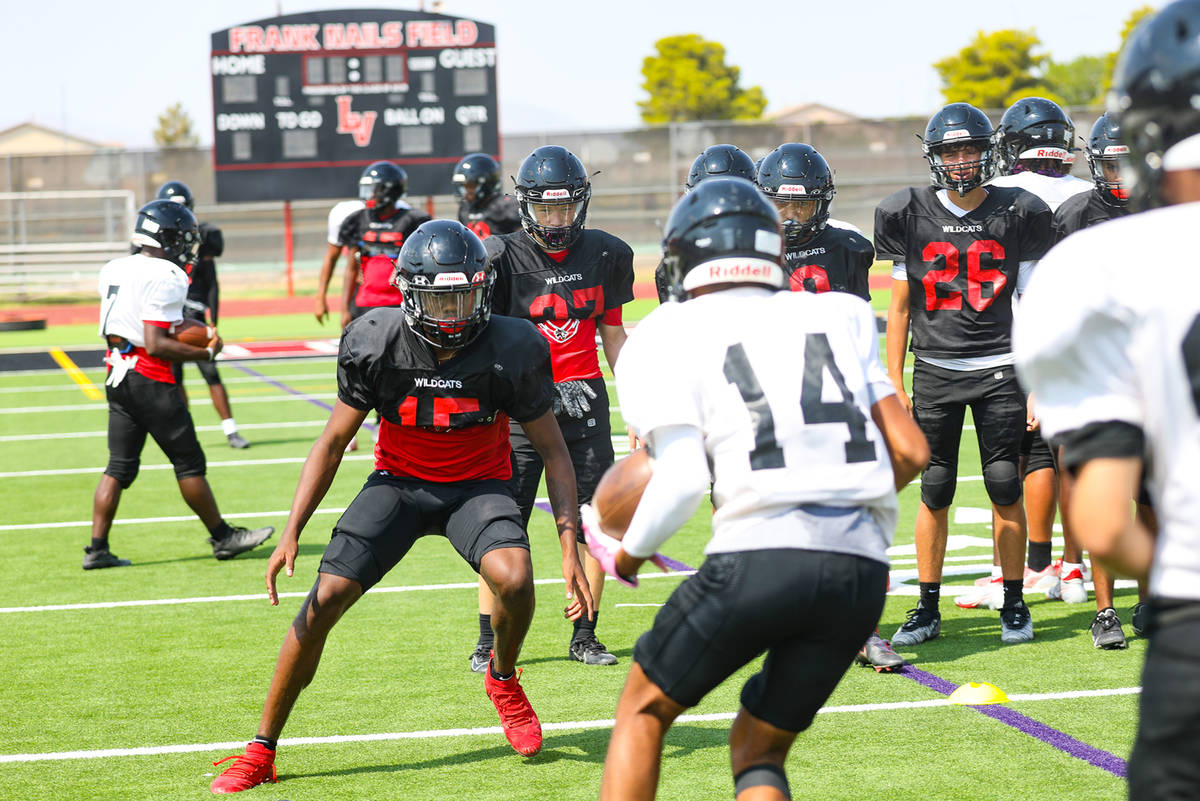 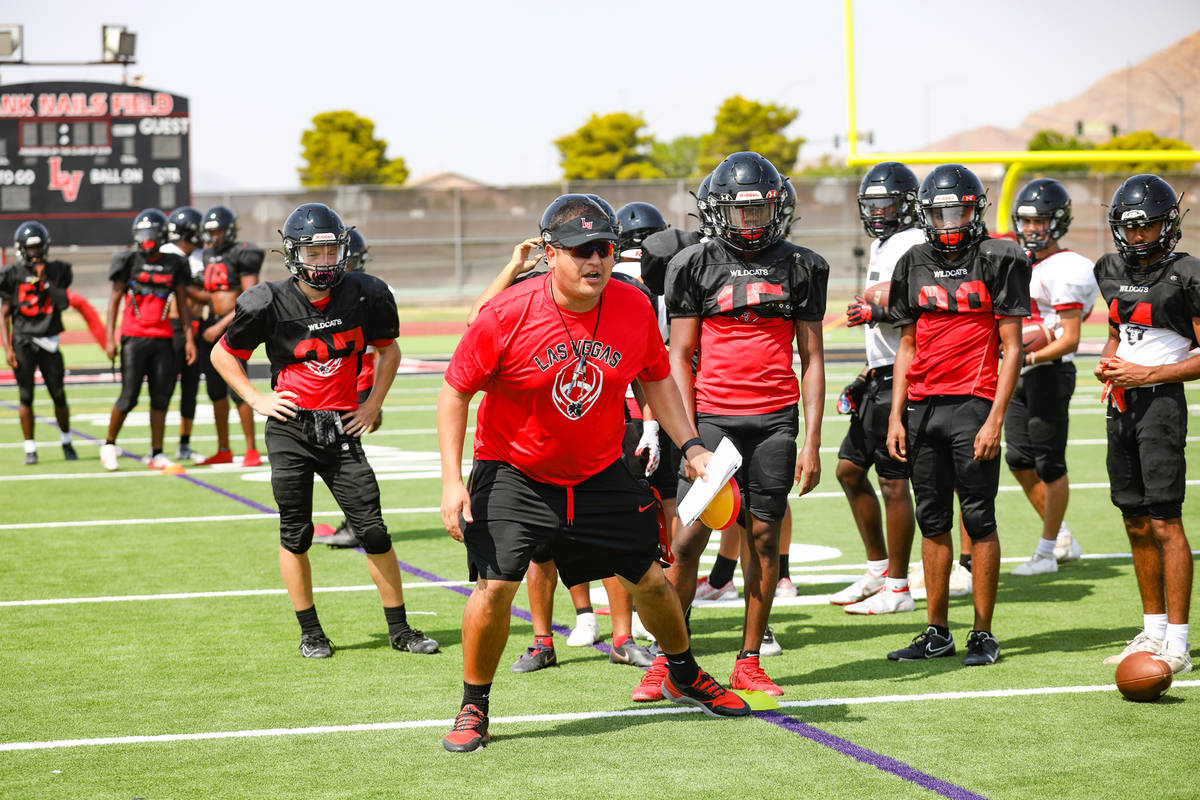 Breakdown: The Cowboys just missed the old Class 4A playoffs in 2019 and figure to be a strong contender to secure a postseason berth.

They have 30 players in their varsity program, so health and finding ways to build depth will be key. They are also short on experience with only one returning starter on offense and defense. Quarterback Nelson Jimenez is back to lead the offense, while linebacker Myson Dyess returns on defense.

Playoffs: Lost to Fernley in the Class 3A state semifinals

Breakdown: Bennett has a difficult act to follow after Pat Ward led the Desert Shields to an 18-5 record in two seasons.

Cheyenne steps up to 4A with 14 seniors and about 32 players overall in the varsity program. Bennett said he would like for players to play only on offense or defense, but some will play both ways out of necessity.

Vincent Carlton will lead both lines, and Zakhi Wilson will play running back and linebacker. Anthony Egnor will also get chances to carry the ball at running back out of Cheyenne’s power spread. Bennett said the defense will show multiple looks.

Breakdown: The Spartans have 40 players on their varsity roster, and they appear to have strengths at wide receiver and in the front seven on defense.

Seniors Cody Kimball and Jayden Johnson anchor the defensive line, while junior Eugene Davis and senior Jayden Stevens will provide support at linebacker. The Spartans will benefit from getting away from their old 4A Northwest League foes, but reaching the playoffs will be a challenge.

Breakdown: The Diamondbacks have 50 players on varsity and have 4A’s premier returning quarterback in Tyler Stott.

The senior threw for 2,300 yards and 23 touchdowns in 2019 and led Desert Oasis within an eyelash of the playoffs. A 49-48 loss to Clark in the second-to-last week of the season kept the Diamondbacks out.

Stott should have plenty of help at the skill positions from junior wide receivers Elijah Darwin and Zion Gonsalves and senior running back Isaiah Flasher. Seniors John Holland and Peter Holland are the top players on the defensive line, while seniors Anthony Ponesa and Vonn Rivera lead the secondary.

Playoffs: Lost to Foothill in the 4A Desert Region first round

Breakdown: The Skyhawks are expected to be one of the favorites in the new 4A after finishing second in the old 4A’s Southwest League behind Bishop Gorman.

John Agounke should be the focal point of the Silverado I-formation offense. He had 267 yards rushing and two touchdowns in 2019. Brandon Tunnell started at quarterback as a freshman, and he will have his twin brother, Bryson, back as a primary receiver.

The Skyhawks should be of the bigger teams in the trenches in 4A, with 12 players on their roster listed at 250 pounds or more, including four 300-pounders.

Breakdown: The Miners move up to 4A after playing in 3A since the school opened in 2009 and have 30 players on the varsity roster.

They will be unusually young, with only four seniors. One returning player, tight end/linebacker Jonathan Juniel, will led the team, as will quarterback Tyler Shea, running back/linebacker Malik Jones and wide receiver/safety Marell Finks.

Bennett said he expects the team’s success to hinge on a big offensive line that should be able to “apply force and run the ball.”

Breakdown: The Wolves won’t have a player on their roster who has varsity experience available to start the season.

That makes it difficult for Cahill to know for sure what he has on his 34-player team, but he expects new leaders to emerge. He said senior quarterback Damian Gramajo should be one of the best in 4A, and Gramajo has quality receivers in junior Marcellus Moore and senior Daishaun Fletcher.

Basic’s strength on defense will be up the middle, where junior nose tackle Damingo Cleveland and four inside linebackers who Cahill said will rotate around reside.

Playoffs: Lost to Liberty in the Desert Region first round

Breakdown: The Chargers made a dramatic turnaround in 2019, winning five more games than in 2018 and reaching the playoffs despite practicing on the school’s softball field after its turf field was deemed unplayable.

Reeder takes over a team that returns some key standouts. They are led by running back/safety D’On Williams, who had 79 tackles and six interceptions, linebacker Reyes Reynaga, who recorded 154 tackles and three sacks, and center Weston Petty.

Reeder said he thinks the program still has momentum despite losing the 2020 season and has adopted a “FINAO (failure is not an option) mentality” that is bringing the team together.

Playoffs: Lost to Boulder City in 3A Southern League quarterfinals

Breakdown: The Dragons step up to 4A with a new coach and pretty much a new roster. Only one player with varsity experience returns.

Del Sol has 44 players on its roster, and DuBose said it has “a little bit of everything, with some speed at skill and some size in the line.”

The Dragons will rely heavily on six sophomores who will start on offense or defense. One of them is quarterback Austin Morville. Their top seniors are expected to be wide receiver Vonta Holloway, tight end/defensive end Chaz Burse, defensive end Tucker Allen and linebacker Nich Hernandez.

Playoffs: Lost to Green Valley in 4A Desert Region first round

Breakdown: The Trailblazers have 30 players on their roster, including five letter winners.

Senior Jaxson Young is Durango’s top returning offensive weapon. He had 266 yards and four touchdowns receiving in 2019 and added 330 yards as a kickoff and punt returner. He probably will also start at defensive back. Junior Maverik Cormier takes over at quarterback.

Senior Cole Marquez had 46 tackles from his linebacker spot in 2019 and should lead the defense.

Playoffs: Lost to Palo Verde in Mountain Region first round

Breakdown: If there’s any team in 4A with a right to say “what might have been” about losing the 2020 season, it’s the Wildcats.

Las Vegas had momentum after winning six more games in 2019 than in 2018 and figured to be one of the favorites for the 4A crown.

But the Wildcats have senior building blocks back from that team, especially on defense. Defensive back Bryan Inmon had four interceptions, linebacker Rob Flanagan had 49 tackles and 7.5 sacks and hybrid defensive end and linebacker Seth Thomsen had 10 tackles and four sacks.

Senior offensive lineman Alejandro Barraza Ponce de Leon is the top player on offense. The Wildcats will challenge themselves against three 5A teams in nonleague play.

Breakdown: The Bengals will have 30-35 players on varsity, three of whom with experience in junior running back/defensive end Jacob Ahmooksang, offensive and defensive lineman Edward Jackson and slot receiver/defensive back Sammuel Ferreira.

Jones said most of his offensive linemen played together on junior varsity and have formed a “nice connection up front.” He called defensive coordinator Stanley Davis one of the best coaches in the valley and thinks he will make an inexperienced group competitive.

Playoffs: Lost to Bishop Gorman in 4A Desert League first round

Breakdown: The Cougars have an uncommon number of players in the 4A ranks with 62 on the roster. Biletnikoff said that’s nearly double what they had in 2018.

Defensive end Ike Nnakenyi is the Cougars’ top defender, and he has scholarship offers from three Mountain West schools. Collin Mosteller was brought up late in his freshman season in 2019 and will hold down the other defensive end spot, and middle linebacker Ryan Hardin is a sophomore who Biletnikoff said would have started as a freshman.

Chris Avila ran for a team-high 448 yards and five touchdowns as a sophomore in 2019, and receivers Isaiah Botley and Brady Kennedy lead a strong corps. The Cougars are looking to come together in the offensive line and secondary.

Mojave will look to get its offense started after being shut out five times and scoring six points in three other games. The Rattlers’ only win in 2019 came when Canyon Springs was forced to forfeit all its wins for using an ineligible player.

Breakdown: The Mustangs missed the playoffs in 2019 after a one-point loss to Palo Verde and 24-21 loss to eventual 4A state runner-up Centennial. Both of those teams, along with former Northwest League foes Arbor View and Faith Lutheran, are in 5A.

Shadow Ridge will look to continue its physical ways with a flexbone offense led by junior running back JaQuieze Holland and senior slotback Dylan Wood. They give sophomore quarterback Coen Coloma quality options to help take pressure off him.

The defense has three seniors in linebackers Roy Mokiao and Devon Woods and safety Zane Hernandez who will be its leaders.

Breakdown: Goodell has a rebuilding job on his hands, but he has 26 seniors out of about 45 players on the roster to help him get started.

Malachi Greene is the only Mountain Lion with varsity experience, and he will move from cornerback to slot receiver. Twin brothers Sean and Dylan Torre will man the defensive end spots, while Lawrence Vigil will be a two-way starter on the offensive and defensive lines.

Goodell said Sierra Vista will be multiple on both sides of the ball. On offense, that means everything from double wing to spread with five wide receivers. On defense, it could line up in a 5-3, 4-4 or 3-5 depending on its opponent.

Breakdown: The Grizzlies have about 45 players on the varsity roster, five of whom have played on Friday nights.

Raiders report: Clelin Ferrell gets chance to prove his worth