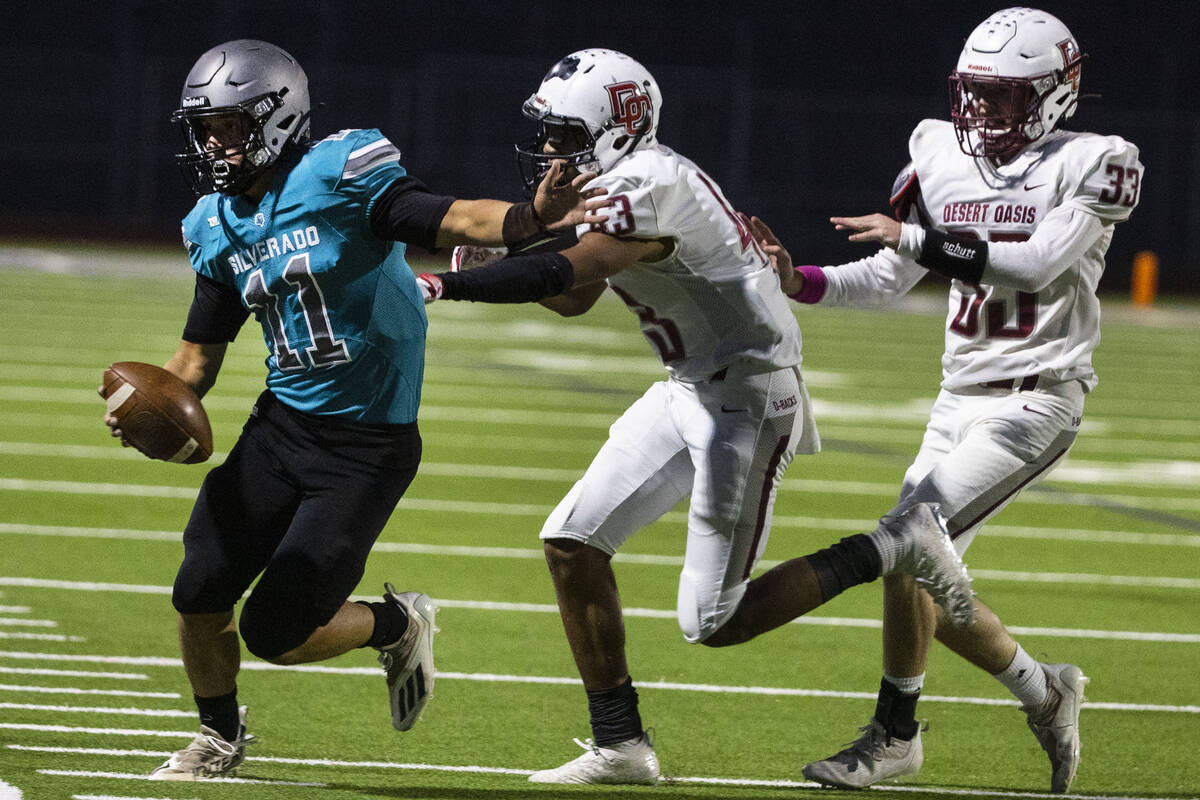 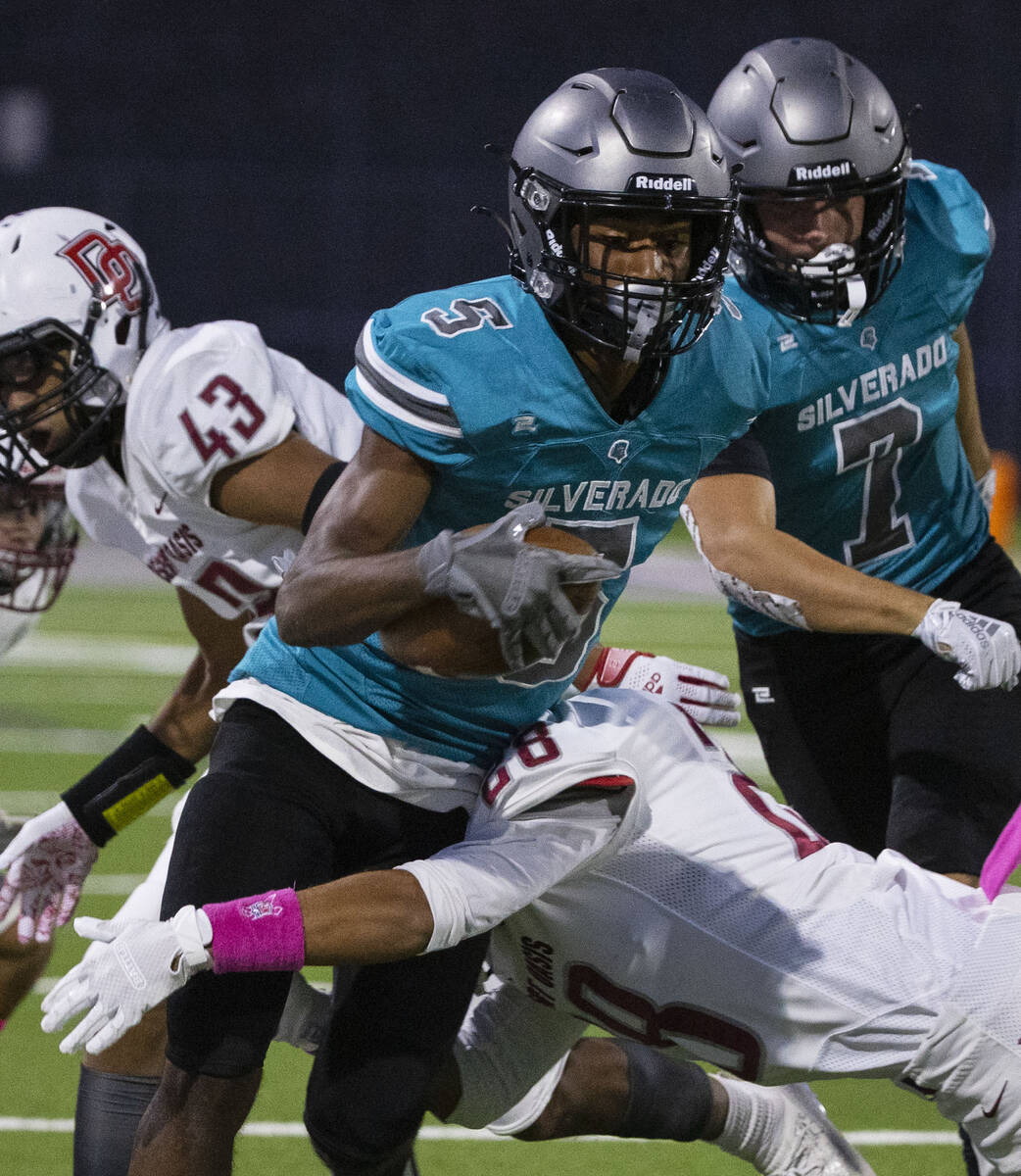 One of the benefits of adding a Class 5A this season was that the teams left in 4A got away from the likes of Bishop Gorman and Liberty.

That gives them a better chance to compete for a state championship. As one coach said this summer, “In the old 4A, you knew your season had an expiration date.”

But it’s no coincidence that every team that made the playoffs in the old 4A in 2019 — Clark, Coronado, Durango, Las Vegas and Silverado — also reached the postseason this season, and Coronado (Sky League), Las Vegas (Mountain) and Silverado (Desert) finished as league champions.

Those teams received first-round byes, as did Shadow Ridge, the second-place team in the Sky League.

“Shadow Ridge, Coronado, Las Vegas and Coronado, those teams can compete in 5A,” Desert Oasis coach Brant Smith said. “We have our own juggernauts we have to deal with, just not Gorman or Liberty.”

Silverado ran through the regular season undefeated, and seven of its nine wins were against 4A playoff teams. The Skyhawks are the clear favorites entering the postseason, especially after wins over Shadow Ridge and Coronado.

But it probably won’t be an easy run to a championship for Silverado, especially considering the resumes of the other teams it could meet.

Coronado has allowed six points or fewer in four of its five games since a 32-14 loss to Silverado, a game it led 14-10 after three quarters. Las Vegas is 6-0 against 4A competition, with its three losses against 5A teams. Shadow Ridge’s running game gives it a chance to control the clock against anybody.

As for teams that will open Thursday, Desert Oasis has the best record at 7-2. But its two losses drive home the disparity between the top four teams and the rest, because they came against Silverado and Shadow Ridge by a combined score of 146-47.

The Diamondbacks have a tough draw against Durango, a team that has been inconsistent but has a strong defense that limited Las Vegas to 10 points and Shadow Ridge to 17.

In the other three games, Basic will host Chaparral, Clark will host Spring Valley and Cimarron-Memorial will host Sierra Vista.

Basic made a strong statement by routing Clark 41-6 last week, and Cimarron-Memorial took care of business against winless Sunrise Mountain to clinch a winning record in the Desert League and a hosting spot.

“It’s a great opportunity for our football program to be back in the playoffs,” Cimarron-Memorial coach Shane Kanie said. “It’s been 10 years since we had a home playoff game, so there’s some pressure there. But we’re excited about the opportunity we have.”

Creating more opportunities for teams to be in the playoffs is one of the reasons for the new alignment that included five classifications.

And while none of the teams play at the level of Gorman or Liberty, the 4A teams expect their playoffs to generate plenty of interest.

“I think the 4A has caught a lot of buzz,” Kanie said. “A lot of people around town are excited about what’s going on in 4A. There are some really good football teams, and as somebody in 4A, it’s great.”