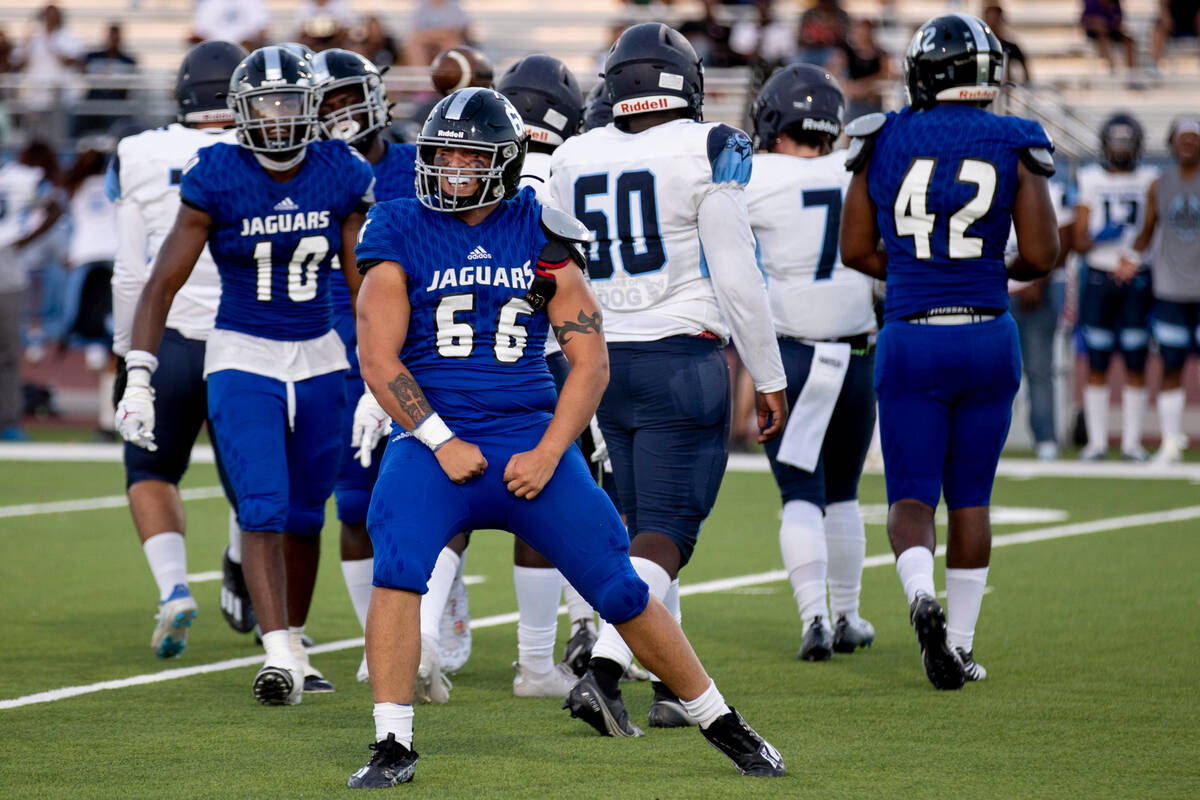 “We have great senior leadership,” Desert Pines coach Tico Rodriguez said. “Malik Stinnett and Labarrio Mays did a great job today of leading the defense. It’s a senior-based defense, so they’ve been together for a couple years now. They’re very sound, they play hard, they play together.”

Legacy (0-3) didn’t get a first down until about four minutes remained, and that came on a penalty. By then, the Jaguars (2-1) had triggered the running clock.

Stinnett and Mays each had a sack, but plenty of other Desert Pines players helped make life miserable for Longhorns quarterback Ricky Sampson, who was sacked five times.

“There’s a lot of talent on our defense, so we just keep throwing bodies at you,” Rodriguez said. “And to have a great defense, you’ve got to have numbers and rotation. And all our guys are contributing.”

Legacy struggled on special teams with several short punts, including one that went for minus-9 yards.

The Jaguars made the Longhorns pay on the next play, with Marquis Roby hitting Isaiah Nickels in stride down the right sideline for a 43-yard touchdown pass that made the score 13-0 with 4:20 left in the second quarter. It was the first of four scoring drives that took less than a minute.

The defense then helped Desert Pines extend its lead, with Se’mauri Norris-Johnson sacking Sampson and forcing a fumble near Legacy’s goal line. Tyler Stewart pounced on the ball at the 1-yard line, and Gregory Burrell scored on the next play for a 20-0 advantage.

“I love watching the defense ball out,” Roby said. “It puts us in better field position. They didn’t score at all, so the defense did their thing, for sure.”

So did Roby, who settled in and completed 10 of 16 passes for 138 yards and three touchdowns.

“He’s a dynamic athlete, and he felt comfortable today throwing the ball,” Rodriguez said. “He throws a great deep ball, so he was able to be comfortable in the offense this week.”

Roby had a 7-yard scoring pass to Massiah Mingo and a 17-yard TD toss to Treyshaun Jackson, who caught the ball near the line of scrimmage before spinning away from multiple defenders near the 12 to score.

Nickels, Mingo and Jackson are freshmen.