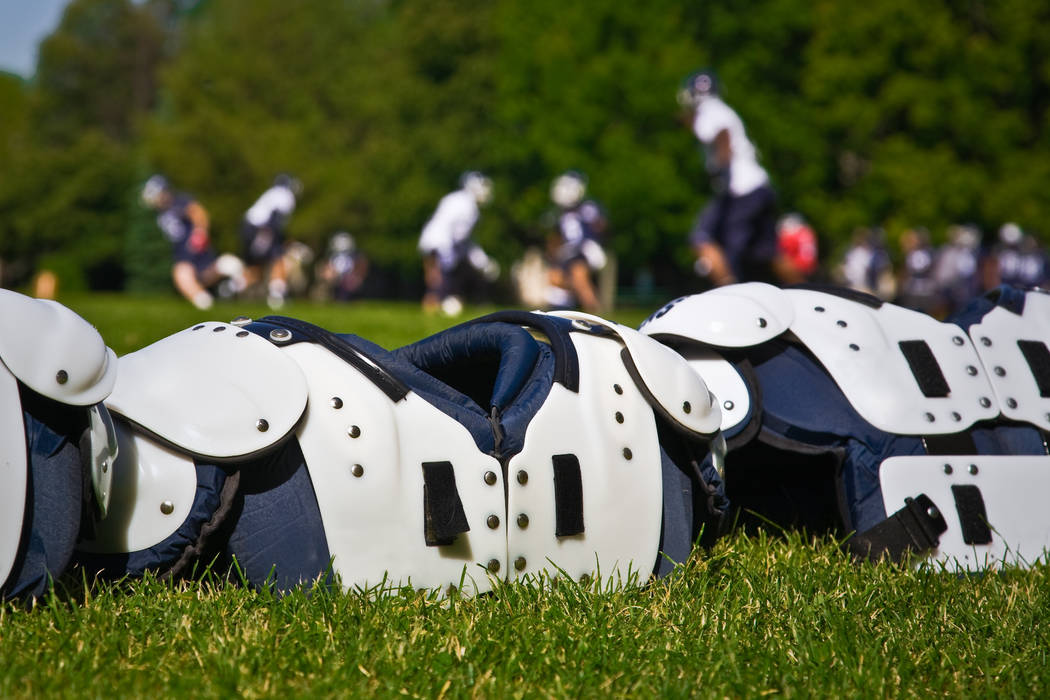 It ended in a fight before halftime.

Officials suspended the game in the second quarter after a late hit turned into a sideline fight that involved multiple players from both teams. The Southern Nevada Officials Association will make a final determination on the outcome following a review by its commissioner.

The fight erupted after Basic quarterback Paul Myro broke for a 10-yard run near the Wolves’ sideline with 1:13 remaining in the half. A late hit sent him into several Basic teammates standing on the sidelines at midfield.

Within seconds, players from both teams entered a skirmish, resulting in an overturned bench and lots of pushing. Officials suspended the game after intervention from coaches.

At the time of the fight, Basic led 35-13 and had taken control following four unanswered touchdowns. Clark principal Jill Pendleton said the game likely would be declared a double-forfeit.

An official ruling can’t be made until the SNOA completes its review, which likely will take place early next week.

Any further discipline for players or coaches also will be determined by the SNOA and Nevada Interscholastic Activities Association.

“It’s just so unfortunate that this happened,” Pendleton said. “There were probably 1,000 people here just to watch Friday night football, and no one wants to see this. The band was getting ready to perform their halftime show.”

Many of the players who were involved in the shoving were trying to break up the fight.

This is the second time in the last year that Basic was involved in a fight on the field. The Wolves hosted Canyon Springs on Sept. 15, 2017, and the game ended with Clark County School District police administering pepper spray to break up an on-field altercation.

That game was declared a double-forfeit by the SNOA, and both teams also forfeited their next scheduled game.