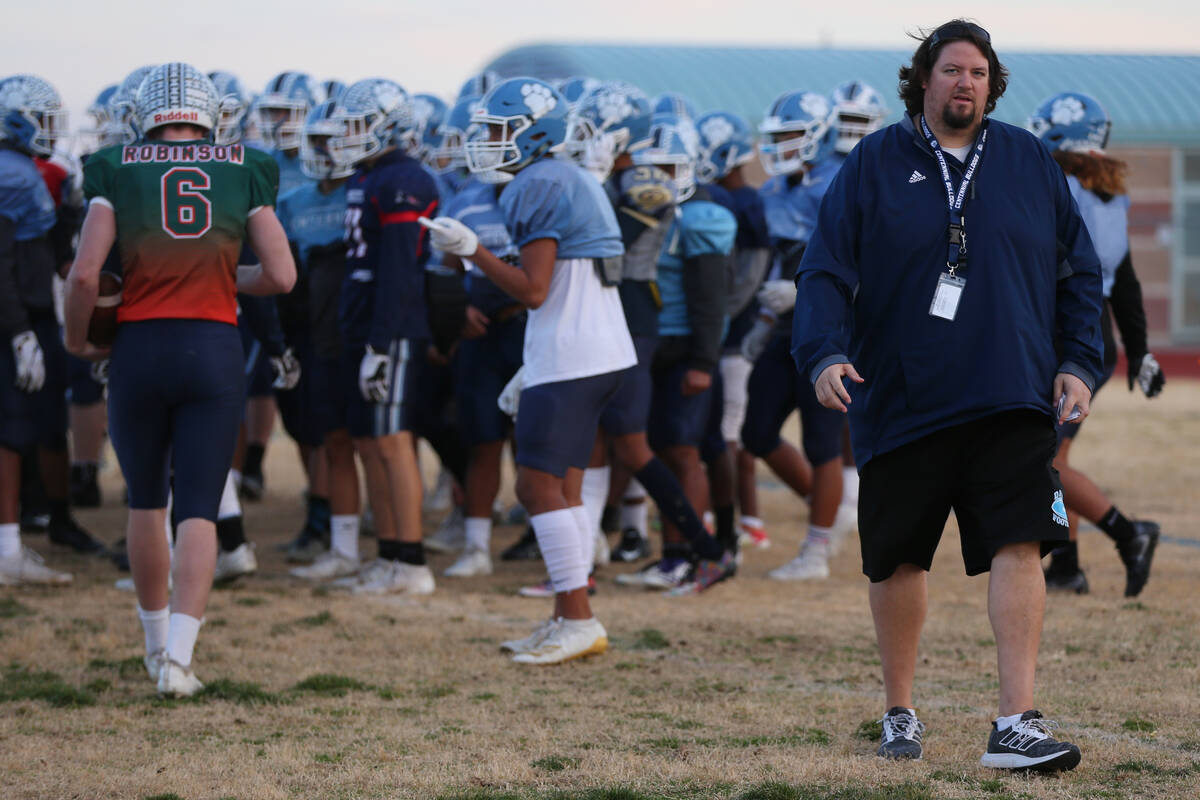 Two years ago, Centennial played for the Class 4A state football championship.

The Bulldogs lost to Liberty 50-7 on that December day in Sam Boyd Stadium, but the fact they were there signaled the Bulldogs had arrived as a premier team in the state two years after posting a 1-7 record in 2017, coach Dustin Forshee’s first season.

All of that momentum left Centennial with the cancellation of the 2020 season, and missing 10 days in the spring, 10 more in the summer and the first 10 days of fall practice because of COVID-19 protocols left the Bulldogs behind as they entered this season.

They opened with a 31-22 loss to Class 4A contender Shadow Ridge in a back-and-forth battle, then fell to 4A Durango when they were shut out after the first quarter in a 31-28 decision.

For the third straight week, the Bulldogs found themselves with a chance to win Friday against Legacy. Both defenses dominated, and Centennial never found the end zone. But three field goals from Brayden Bayne — the only returning letter-winner from the 2019 team — allowed the Bulldogs to squeak out a 9-8 win.

Forshee has said he views this season as his program completely starting over. While that might be overstating it, since many of the players were in Centennial’s high school program in 2019, missing 2020 and the 30 days of workouts because of COVID-19 is a setback.

But there’s no better way to make up for lost time than playing in close games.

“Just like anything, if you want to be successful, you have to win,” Forshee said. “You have to be in close games. You have to deal with adversity, and stay calm and collected when you’re in a close game.

“That’s what happened with us. We had two really big catches and throws to get us in field-goal range. I think the kids are learning, and it’s nice for them to experience that.”

The Bulldogs have that out of the way.

After Moapa Valley’s two routine wins (over Eldorado and Pinecrest Cadence) to start the season, a meeting with Boulder City was expected to provide its first true test.

That’s not how it worked out.

Nothing went right for the Boulder City. Transportation issues caused the game to be delayed. The Eagles fumbled on the first play of the game. Moapa Valley’s Peyton Neilson threw five touchdown passes, and the Pirates led 34-0 at halftime en route to a 54-14 win.

The Gators appeared to be on their way to another one-sided victory Friday, when they jumped out to a 14-0 lead on Palo Verde. It looked especially bad for the Panthers when they lost starting quarterback Davis Whetten to a broken ankle.

Brady Denardin took over under center and threw two touchdown passes for the run-heavy Palo Verde, and Paisley Nichelson bulled his way into the end zone from a yard out with 26 seconds left to give the Panthers a 21-20 win.

The top three teams in 5A will get out-of-state tests, and all three of the games will be played at Bishop Gorman as part of the Polynesian Classic.

Green Valley will look to bounce back Friday, on the road against a Coronado team coming off an opening 51-14 win over Cimarron-Memorial. Shadow Ridge travels to Palo Verde for what should be another physical battle.