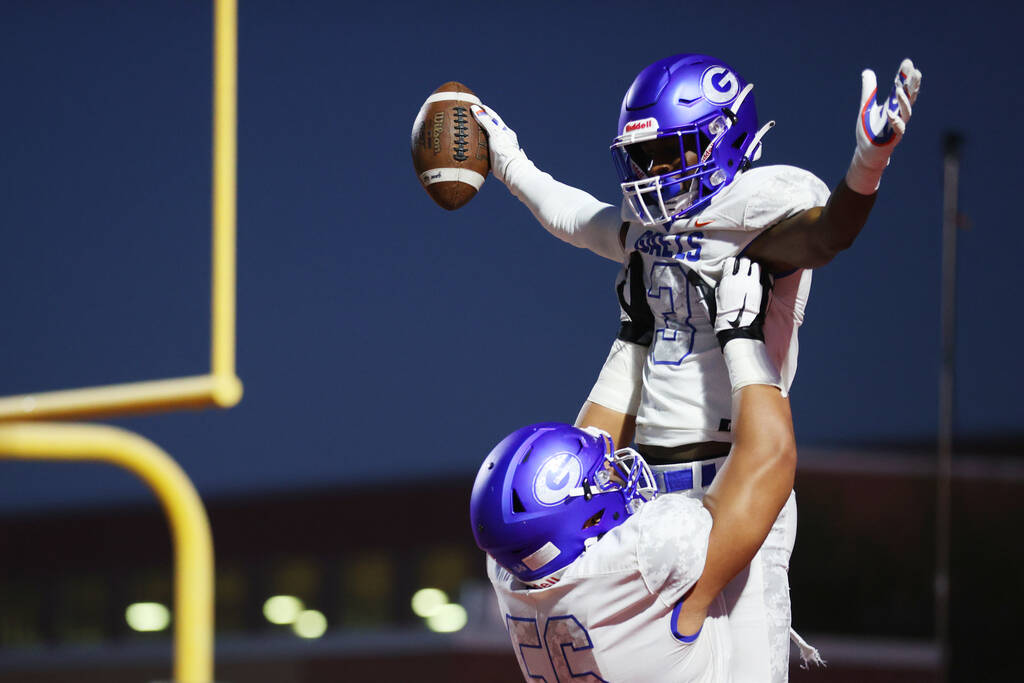 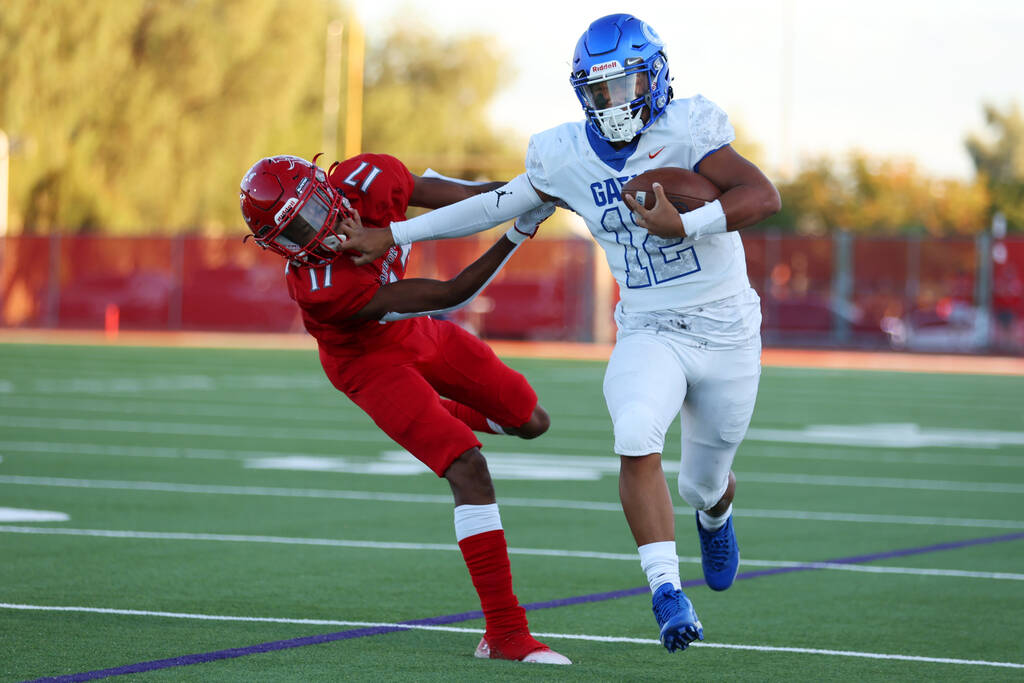 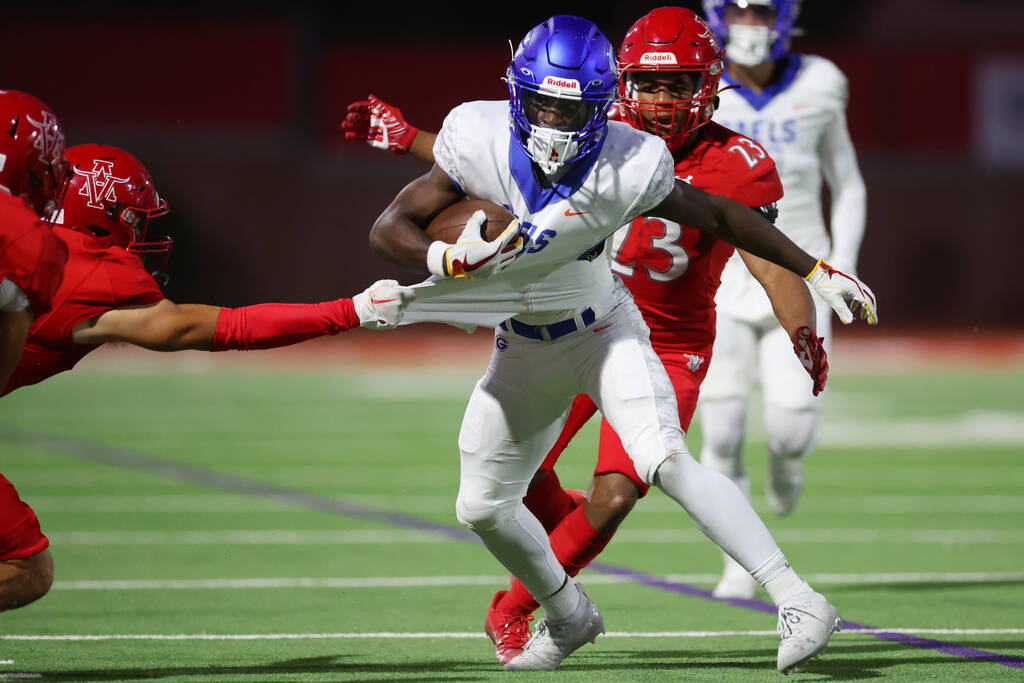 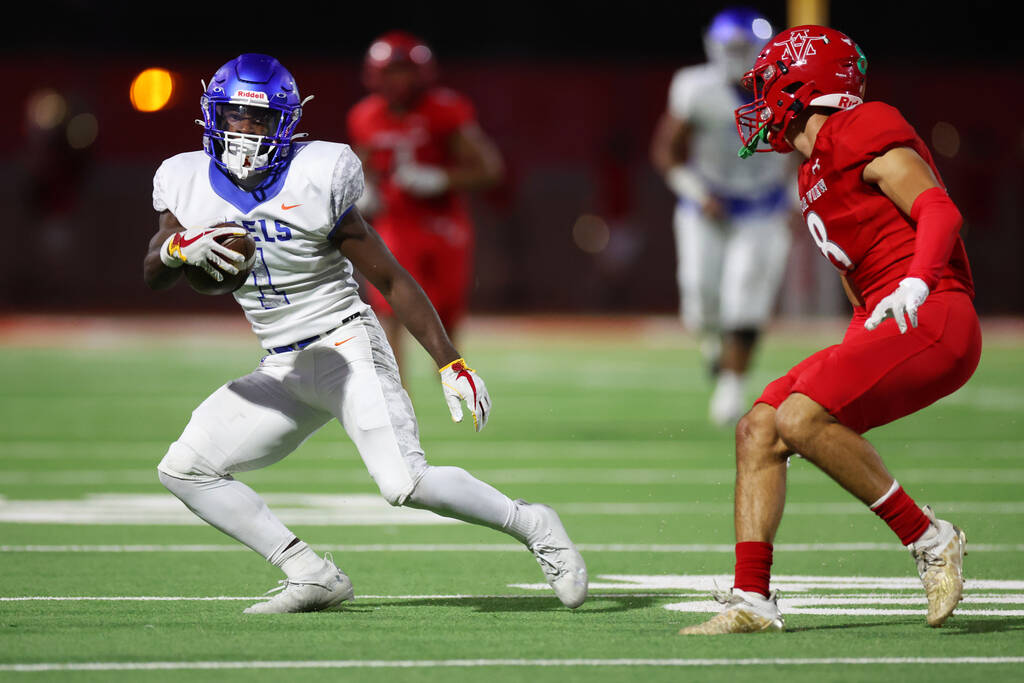 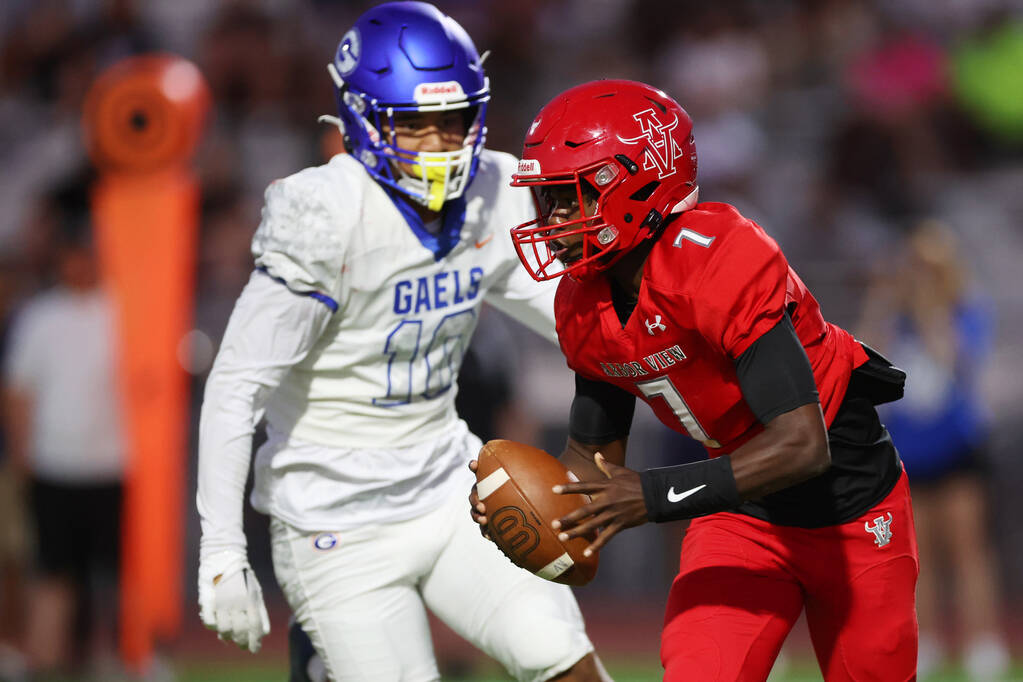 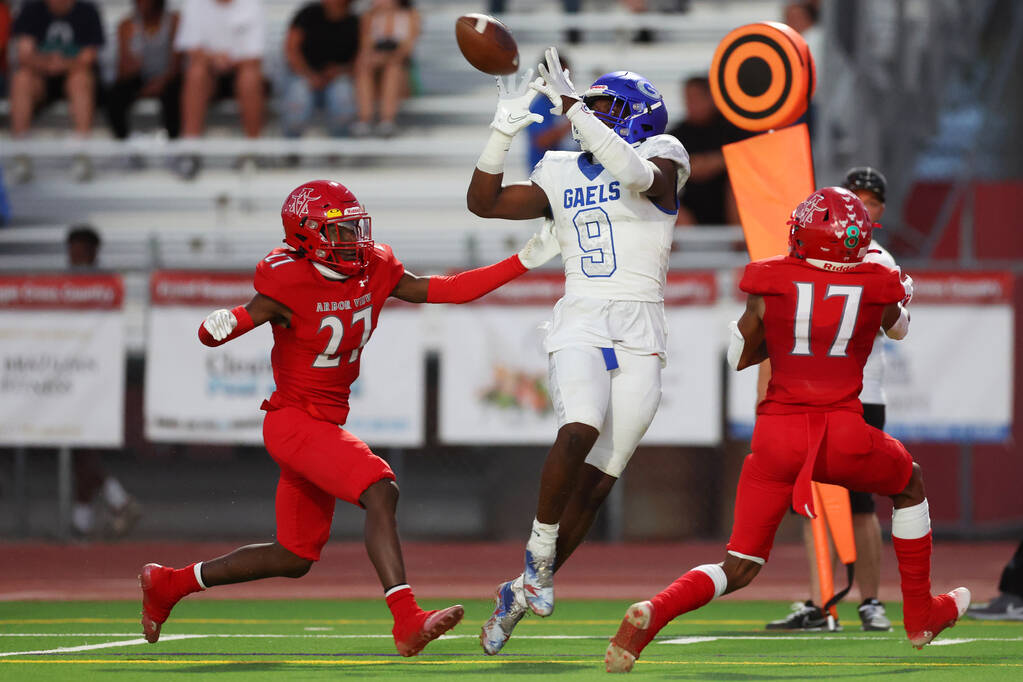 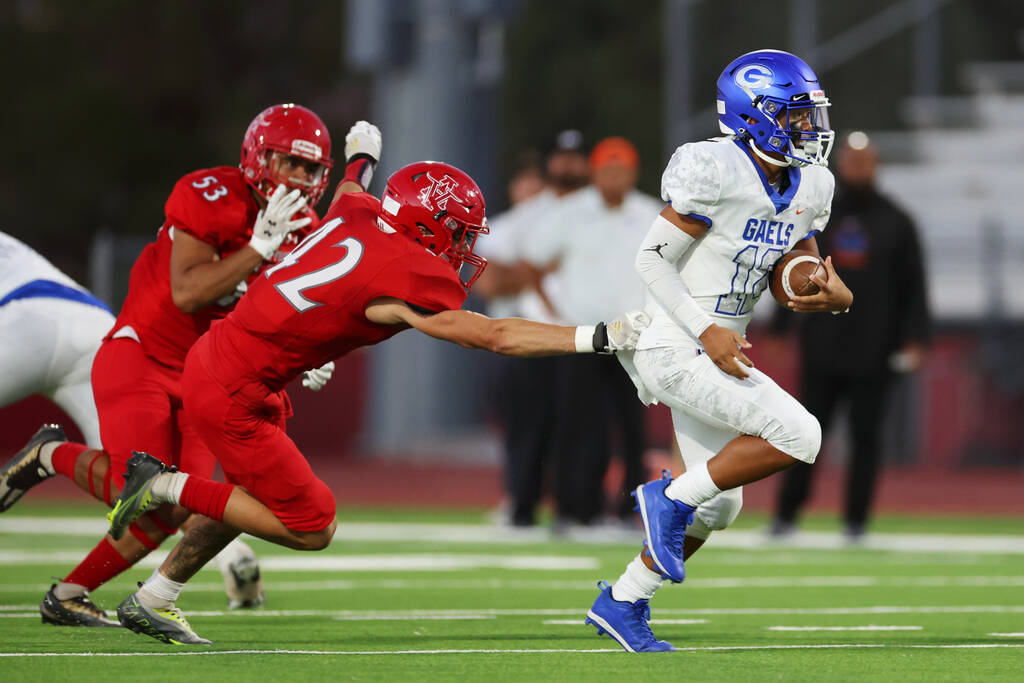 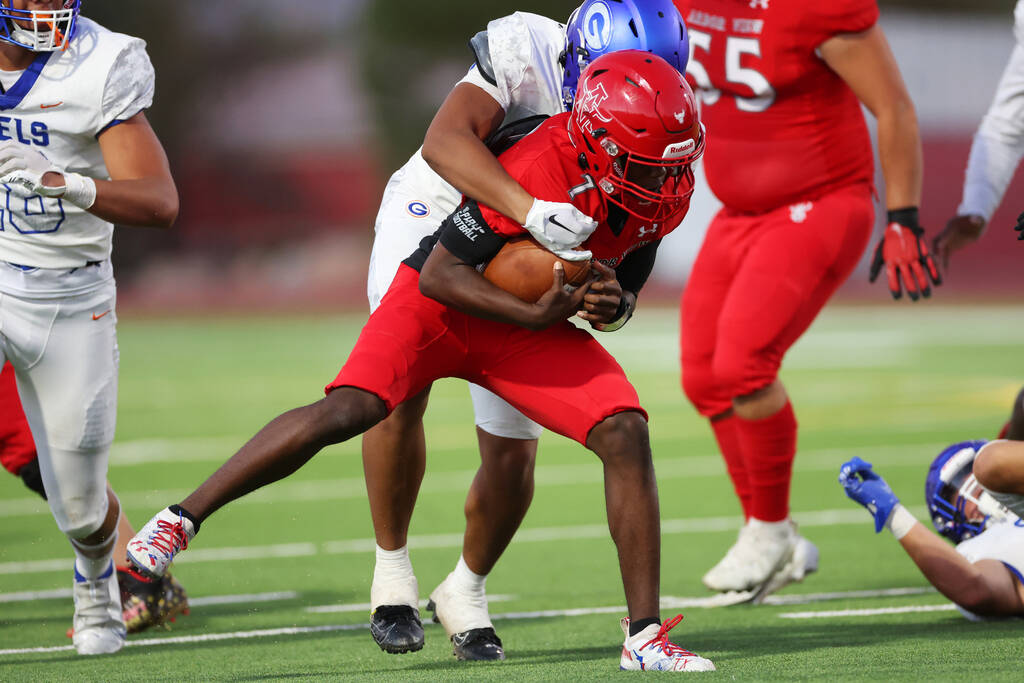 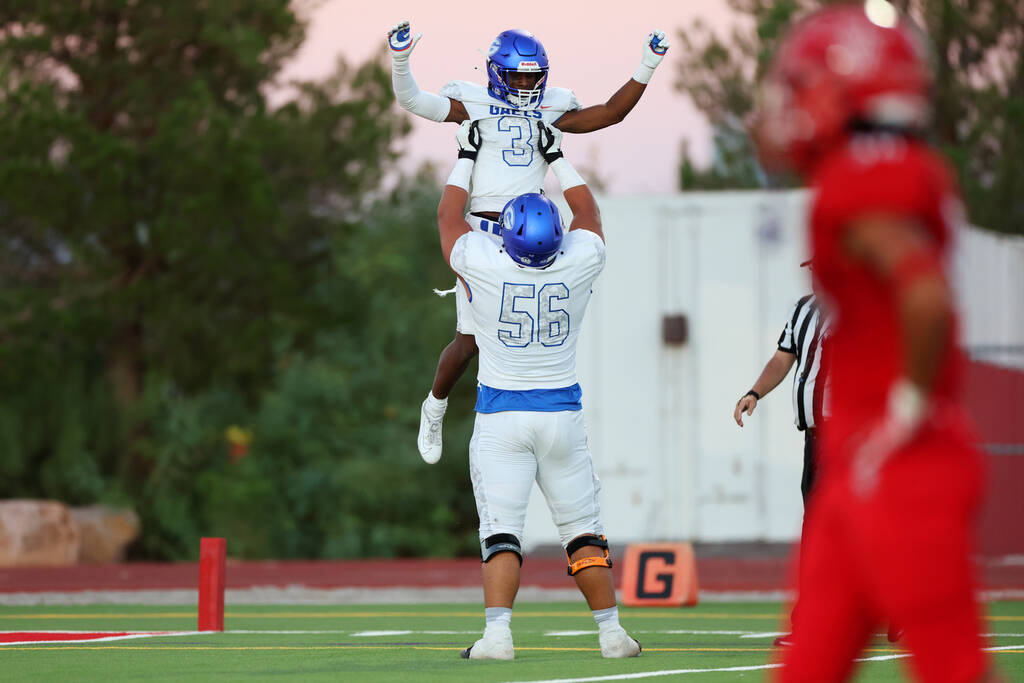 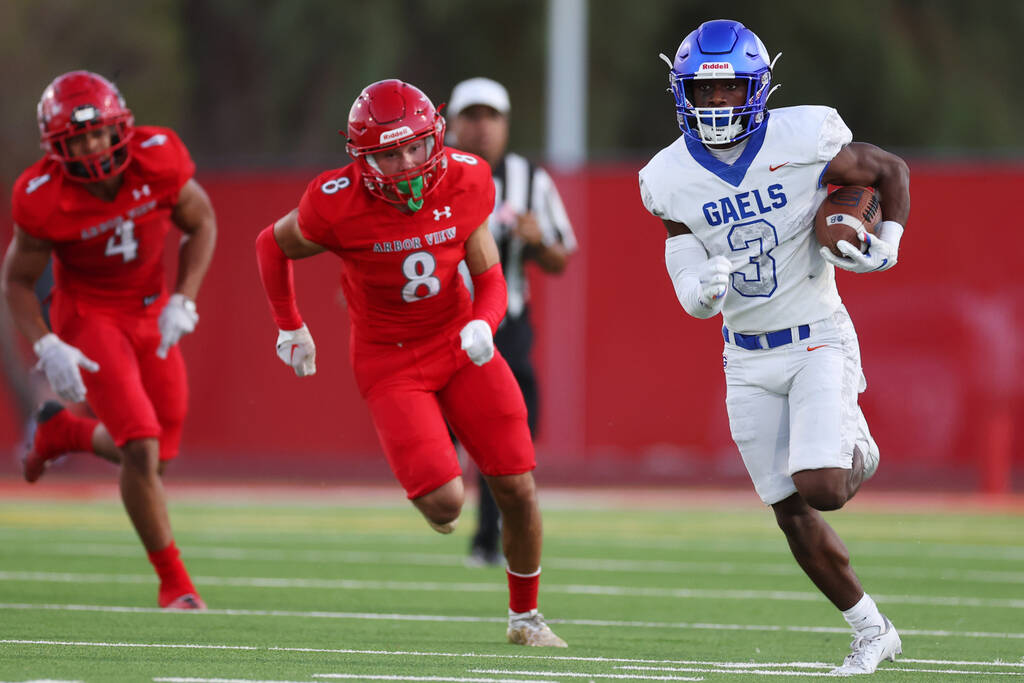 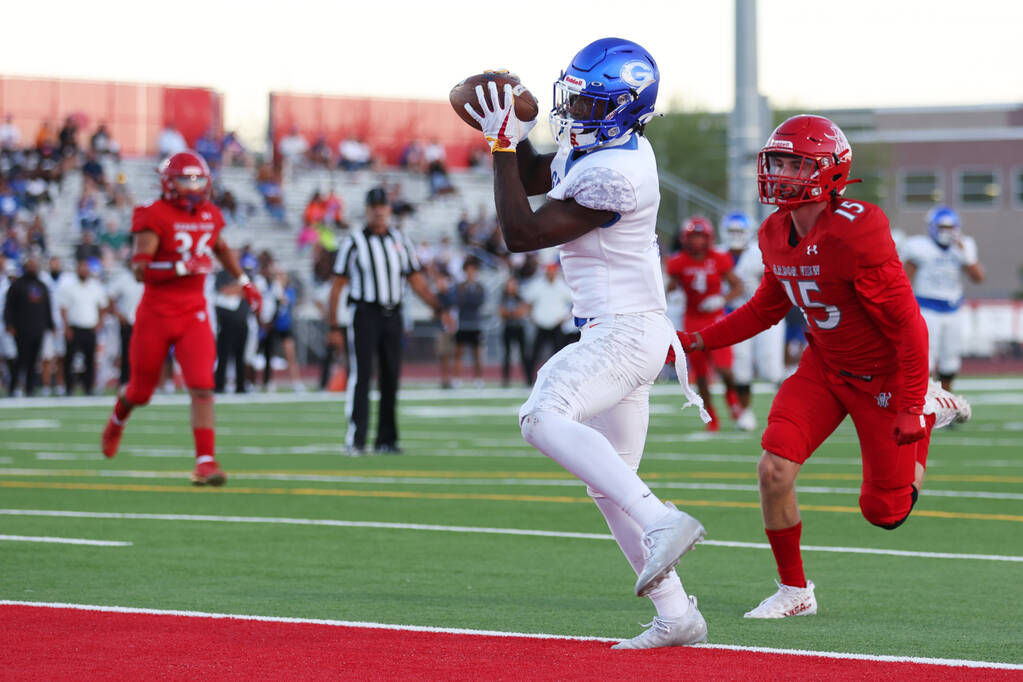 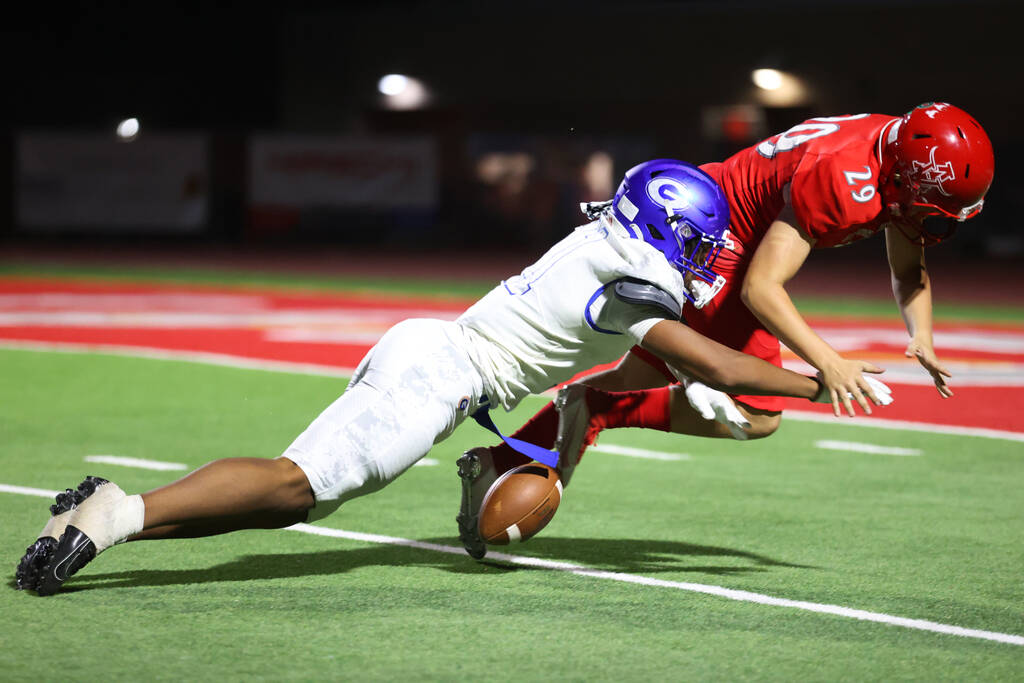 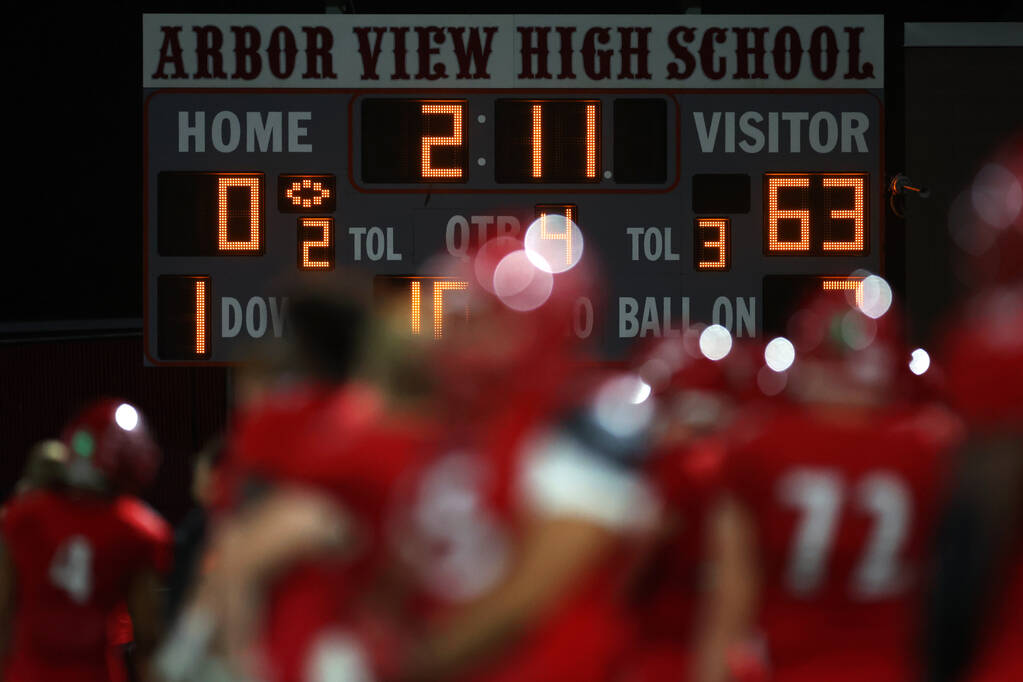 Bishop Gorman showed it is easily still the team to beat in Class 5A.

The Gaels, the No. 1 team in the Review-Journal’s rankings, scored early and often in a 63-0 rout of No. 2 Arbor View in their Desert League opener Friday night at Arbor View.

Junior quarterback Micah Alejado completed 11 of 14 passes for 214 yards and four touchdowns and added 97 rushing yards and a score for the Gaels, who outgained the Aggies 446-99 in total yards.

“They played well, they played hard and were disciplined in what they did,” Gorman coach Brent Browner said. “We prepared like we prepare for every other game. It’s important to come in with that same mentality when we play state teams.”

Gorman (5-1) scored on six of its seven drives in the first half to build a 42-0 halftime lead. The game went to a running clock midway through the second quarter.

Alejado thew a pair of early touchdowns passes, a 36-yarder to junior tight end Elija Lofton and a 19-yarder to senior receiver Zachariah Branch. Junior running back Micah Kaapana then added a 49-yard touchdown run as the Gaels’ lead grew late in the first quarter.

The Aggies’ best chance to respond came in the first quarter off a Gorman mistake. Branch fumbled at the Arbor View 40-yard line, and senior safety Tanner Aitken picked the ball up and returned it to the Gorman 18.

However, Arbor View went three-and-out on the drive and missed a 28-yard field goal. Gorman responded two plays later with a 72-yard touchdown run from junior running back Devon Rice to make the score 28-0.

Alejado connected with Lofton again, this time for a 29-yard touchdown that put the game at a running clock. Alejado added a 37-yard touchdown pass to Rice at the end of the first half and rushed for a 12-yard score to start the second half before he was pulled.

Browner said he was impressed with how his quarterback has matured over the season, especially his ability to make the right play at the right time. Browner said that included knowing when to get out of bounds or throw the ball away.

“He’s been doing more of that, and we’re proud of him for that,” Browner said.

“That’s not an easy team to do that against,” Browner said of the shutout. “For them to do that, it shows their preparation before the game is paying off.”

The Gaels travel to play Canyon Springs next week, while Arbor View (4-1) goes to Palo Verde.