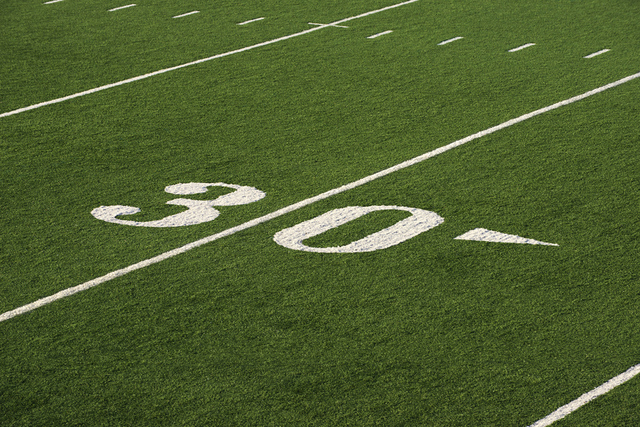 Lake Mead (5-2, 4-2 2A Southern League) took control of a 7-0 game late in the second quarter, when it stopped Democracy Prep on a fourth-and-short attempt deep in Democracy Prep territory.

The Eagles then scored two plays later on a 35-yard touchdown pass from Joshua Thorell to Mitch Dolinar and never looked back. The pass was Thorell’s second of his three scoring passes. The first came with 7:30 to go in first quarter when he connected with Regan from 15 yards out.

The Blue Knights (4-3, 4-2 2A Southern League) proved to be their own worst enemy with several untimely penalties that stopped their own drives and kept Lake Mead drives alive. Democracy Prep’s only turnover, a fumble, also proved costly as Lake Mead turned the change of possession into quick points on Thorell’s 35-yard touchdown pass to Regan to give the Eagles a 21-0 with 7:04 to go in the third quarter.