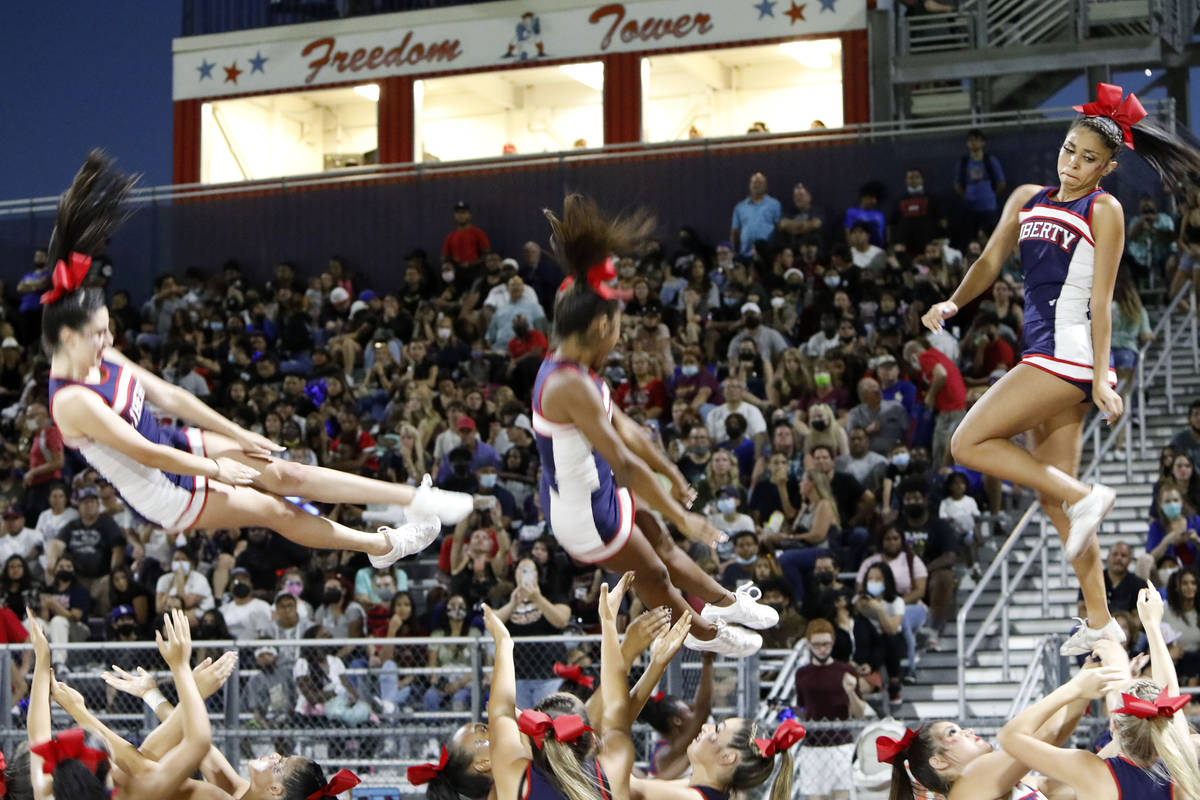 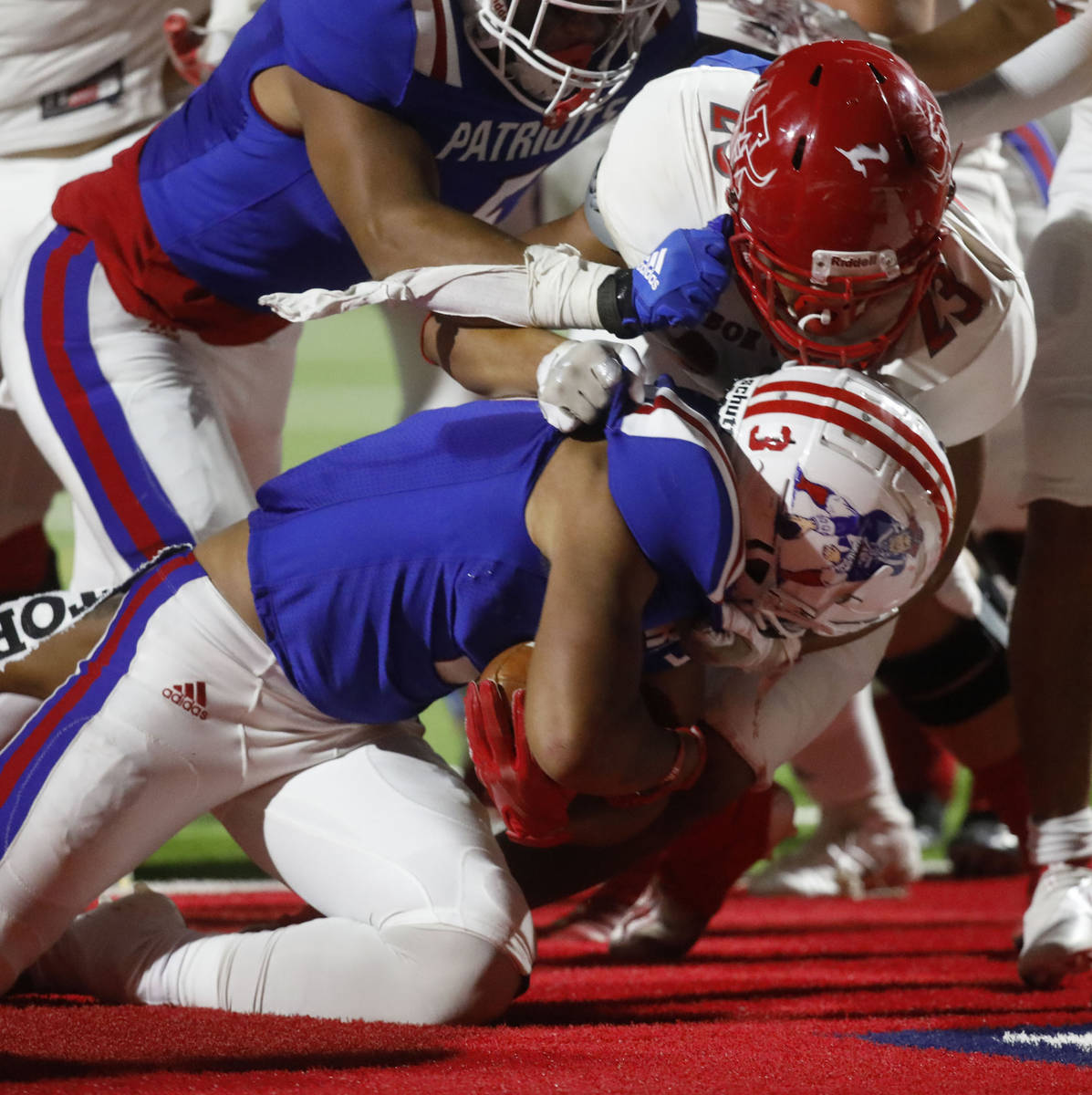 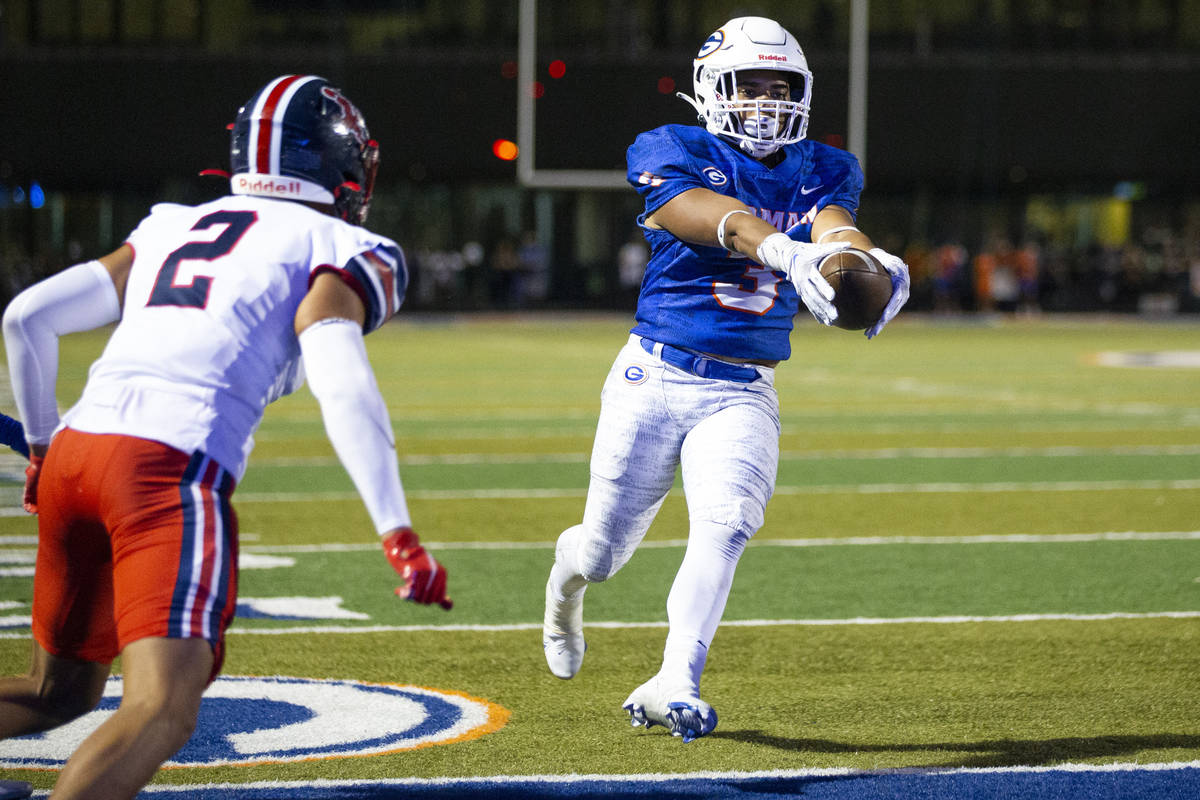 Desert Pines’ stars came out to shine in a 38-13 road win over Palo Verde on Friday night in both teams’ first-ever Class 5A game.

Jovantae Barnes ran for 139 yards and four touchdowns and Rjay Tagataese was 16-for-24 passing for 228 yards for the Jaguars. Malik Stinnett led the defense with three sacks, and Idgerinn Dean added two.

Lavon Brown had 88 yards on four receptions to help the Desert Pines offense.

Green Valley 39, Canyon Springs 6 — At Canyon Springs, Anton Keeling had a 60-yard touchdown reception and a 70-yard punt return for a score as the Gators cruised.

Green Valley picked up a safety on defense to score in all three phases of the game. Damon Bischoff made three field goals, including a 54-yarder in the win.

A pair of fourth-quarter touchdowns — one by Jonah Ruiz and a quarterback keeper from Coen Coloma — erased a Bulldogs lead. Maddyx Venezuela also ran in a touchdown and nabbed a key late interception to put the game away for good after Centennial led 16-13 at halftime.

Las Vegas 32, Sierra Vista 7 — At Las Vegas, freshman Elijah Espinoza threw for four touchdowns in his high school debut to lead the Wildcats to the win.

Alvaro Zetino caught two touchdown passes, and Andrew Bowen and Stephon Hunt added one apiece for Las Vegas. Adonis Jackson rushed for a score as the Wildcats scored at least once in each quarter.

Silverado 41, Durango 6 — At Durango, John Agonke ran for 88 yards and two touchdowns on five carries, and Jaden Thrower scored on a touchdown reception and interception return to help the Skyhawks to a comfortable win.

Donavyn Pellot and Caden Harris scored rushing touchdowns for Silverado, which pulled away after leading 14-6 at halftime.

Cimarron-Memorial 28, SLAM Nevada 0 — At Cimarron-Memorial, Michael Sabina was 12-for-16 passing for 148 yards and three touchdowns, and he ran for 147 yards on five carries to lead the Spartans.

Arnold Anderson caught two touchdown passes, Ayouba Sumoaro caught one for a score, and both picked off a pass to help the Cimarron-Memorial defense to a shutout. Malachi White-Wright added a touchdown on the ground.

Moapa Valley 48, Eldorado 12 — At Eldorado, the Pirates got a safety less than two minutes into the game and were off and running.

Peyton Neilson was 7-for-9 passing for 171 yards and four touchdowns, two of which went to Dustin Gordon. Gunner Redd and C.J. Anderson caught one TD pass apiece, Jayme Carvajal ran for a score and Elias Cox returned a fumble 48 yards to paydirt.

Virgin Valley 46, Del Sol 0 — at Del Sol, the Bulldogs scored 24 points in the first quarter and never looked back in an easy win.

Gavin Brown threw for 139 yards and two touchdowns and rushed for another score, and Ethan Workman and Javen Laub each added a rushing touchdown for Virgin Valley.