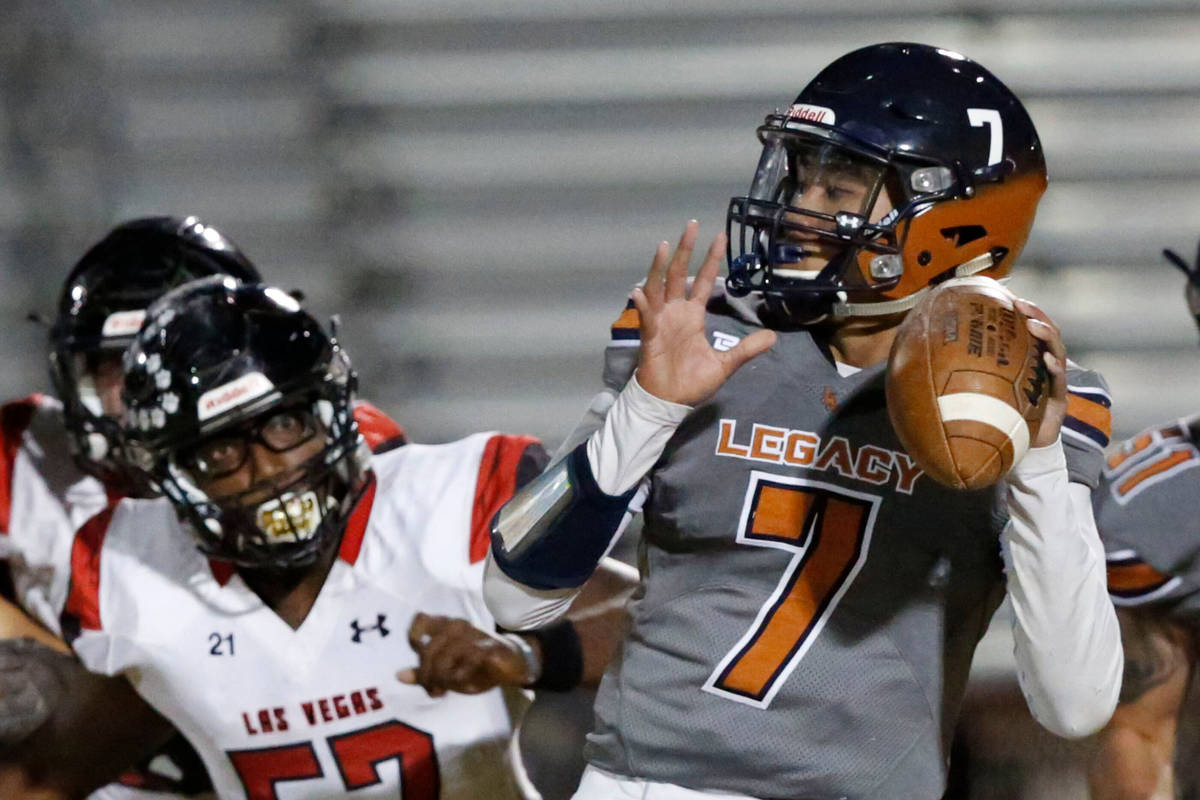 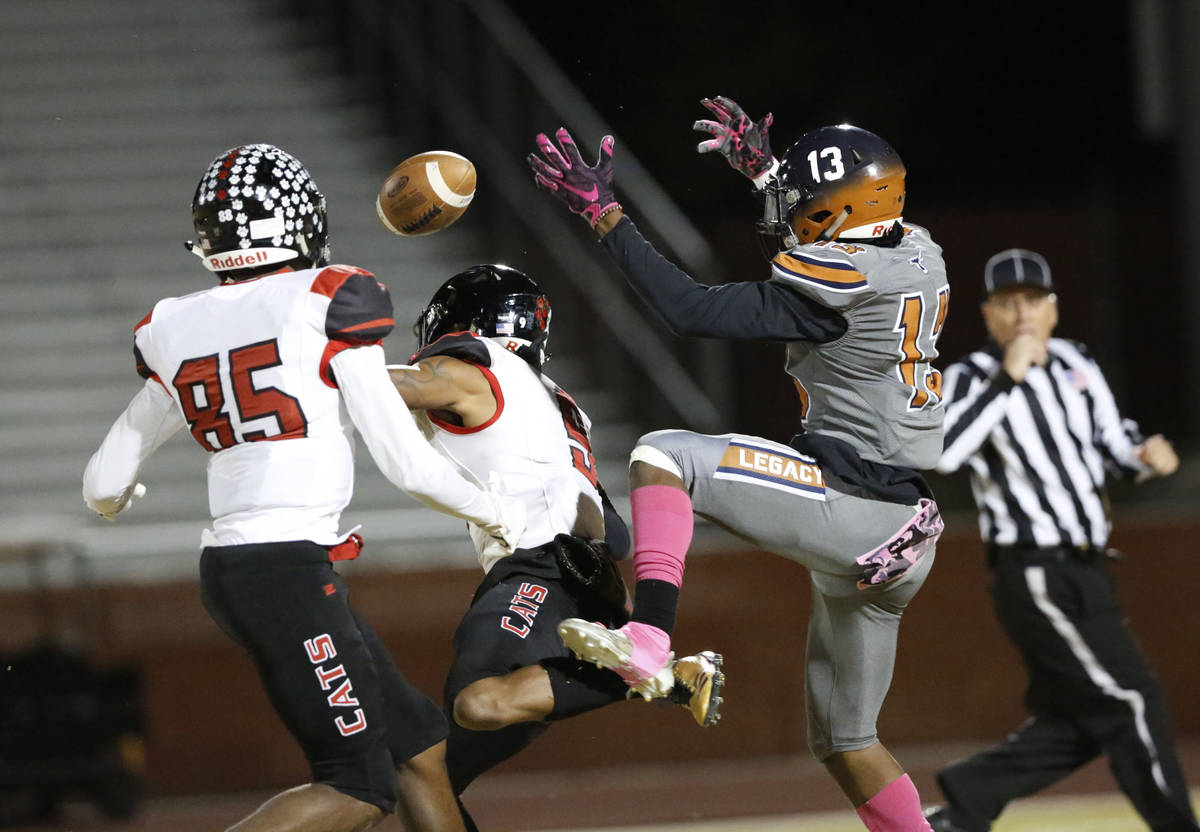 If you were to run into Evan Olaes, it’s likely you would see Aaron Holloway soon after.

That’s just the kind of relationship Legacy High’s dynamic quarterback-wide receiver combination have. They’re incredibly close friends who have been on the same football and basketball teams going back to when they met in elementary school.

But they’re going their separate ways next fall, as Holloway has committed to play football for UNLV and Olaes is committed to Colorado State. Both are expected to sign their national letter of intent Wednesday, the first day of the early signing period.

“We have our own future and our own thing to do,” Olaes said. “I’m always going to come back, and we can work out together. That’s how close we are. I just want to see both of us succeed, and I’m sure it’s the same for him, too.”

They have shared plenty of success on the field, and both ranked atop the valley in yardage at their positions as juniors.

Olaes threw for 3,186 yards and 26 touchdowns and added another 1,152 yards and 14 scores rushing. Holloway caught 65 passes for 1,462 yards and 14 touchdowns to help the Longhorns to a playoff berth, where they pushed eventual state runner-up Centennial to a 35-27 game in the first round.

They almost went to Colorado State as a package deal. Legacy coach John Isola said Colorado State coaches called him to talk about Holloway, but Isola told them they needed to check out his quarterback, too.

After Olaes committed to Colorado State in June, and it looked as if Holloway might not be far behind. But Colorado State coach Steve Addazio was running out of scholarships and wanted to hold off before extending one to anyone else.

“Then it goes back with his family and for us how comfortable we were to not have him attached to anybody and then we don’t have a season, what happens?” Isola said. “Then what happens? On the heels of that conversation, UNLV comes in with an offer like the next day.”

Holloway said he was looking forward to getting out of town for college, but he’s excited to be staying home.

If next year is anything like this one, UNLV will provide plenty of an opportunities for him to get on the field. The Rebels played 16 true freshmen, including their leading receiver in Kyle Williams, who was named Mountain West Freshman of the Year on Tuesday.

Holloway, the only local player in UNLV’s 2021 recruiting class, said Williams’ success gives him a glimpse of the immediate impact he could have.

“I see they’re playing true freshmen and walk-ons and anybody that’s willing to play and help them win,” Holloway said. “I think that’s a good look for me, and I’m really grateful for the outcome of the recruiting process.”

Olaes said he fits in the Colorado State offense because it needs a dual threat to operate successfully. This season, the Rams played two quarterbacks, a runner and a thrower, but every team wants to have one QB it can stick with. Olaes thinks he has the ability to be that guy.

“They like the type of quarterback I am,” Olaes said. “It’s exciting to me that they’re excited about who I am as a quarterback but also as a person and leader. I’m just excited to get up there.”

With Holloway and Olaes playing in the Mountain West, albeit in opposite divisions, it’s likely they will cross paths.

They admit that will be weird, and Olaes said “I’m not looking forward to playing against him.”

Isola got emotional thinking of being without Holloway and Olaes next season, but said he looks forward to the day he can sit in Allegiant Stadium or Canvas Stadium in Fort Collins, Colorado, and watch them play.

“That will be a great moment,” Isola said. “They’ll be on opposite sidelines, but I’ll have to root for both of them.”