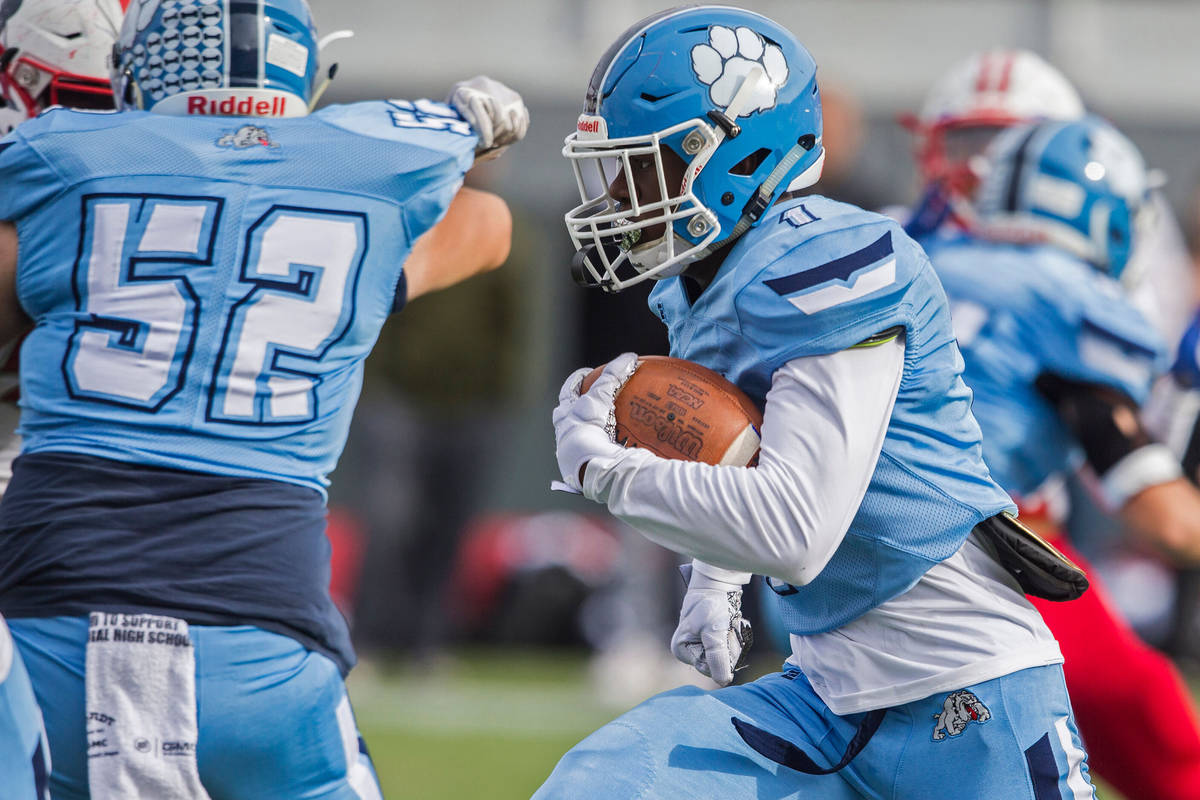 The two teams that squared off for the last Class 4A state championship in football have had their programs affected by COVID-19 this week.

Liberty and Centennial have both suspended all in-person team activities after a positive COVID-19 test in the program.

Liberty coach Rich Muraco said the positive test occurred in its JV program. He shut down varsity practices to be safe after learning of the positive result Wednesday.

“The good thing for us is we stagger practices,” Muraco said. “We don’t practice together, so there’s no contact between the teams. The JV will have to sit out 10 days. We test again Tuesday and get results Wednesday, and any varsity player who tests clean can come back to practice.”

Liberty and Centennial are two of nine schools selected to participate in the Clark County School District football jamboree that will be held April 23 and 24 at Allegiant Stadium.

They are both slated to participate April 23, and Forshee and Muraco both said the plan is still to participate barring any setbacks. Centennial tests each Friday, and its positive result was learned Tuesday – exactly 10 days before their jamboree time.

“It’s a bummer to lose any practice time, and unfortunately, we’re not the only ones to get hit with this,” Forshee said. “It’s the day and age we’re in. We’re going to take all precautions and make sure to be as safe as possible.”

Liberty and Centennial are two of three teams that have suspended activities this week. Coronado High was informed of a positive test in its program Tuesday night.