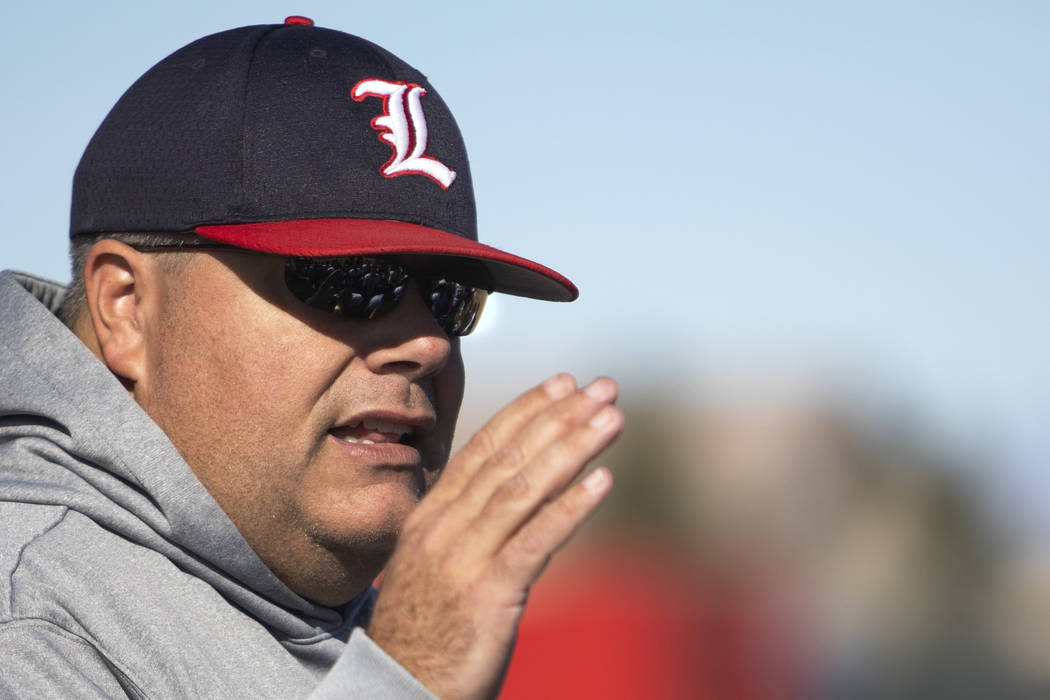 RENO — Considering everything Liberty has come back from this season, a 10-point deficit in the third quarter of Saturday’s Class 4A state football semifinal at Bishop Manogue might not rank high on the list.

The Patriots shook it off like a minor annoyance and are headed to the state championship game.

When Manogue’s Michael Schneider powered across the goal line for a 1-yard touchdown run with 7:35 left in the third quarter, the Miners led 24-14, and only a blocked field goal on the final play of the first half had prevented them from scoring on each of their first five possessions.

But it took the Patriots only three plays and 57 seconds to answer and turn the game around.

Britt hit Maurice Hampton with a 31-yard touchdown pass to cut the deficit to 24-21. Then, on their next possession, the Patriots went 54 yards in seven plays — capped by Britt’s 13-yard TD pass to Germie Bernard — to take a 28-24 lead.

“There was no panic, so we felt like two scores down, especially when you’re getting the ball back, it’s not a big deal,” Muraco said. “I was getting a little worried that the defense wasn’t going to be able to stop them, but they stepped up and did a good job.”

Liberty’s pass rush began to get to Manogue quarterback Drew Scolari, who was called for intentional grounding to end one possession. Manogue’s first two possessions after Liberty took the lead ended when Scolari was stopped short of a first down after being forced to scramble.

Zyrus Fiaseu bulled his way through the Manogue defense for a 15-yard touchdown run and 35-24 lead with 7:44 to play. After Liberty’s Trey Cain intercepted a tipped pass in the end zone with 4:12 left, the Patriots closed the scoring on Britt’s 17-yard TD pass to Moliki Matavao with 1:10 left.

“This team responds like that,” Britt said. “We do not give up.”

Manogue controlled the first half by keeping the Patriots’ offense off the field. Liberty had three possessions in the half, but scored touchdowns on two of them.

Muraco said he challenged his team in the locker room.

“I told them 45 minutes or an hour from now, we’re either going to be celebrating a win or you guys are going to be crying and your season’s going to be ruined and what you did last week won’t mean anything,” said Muraco, whose team upset 10-time defending state champion Bishop Gorman last week.