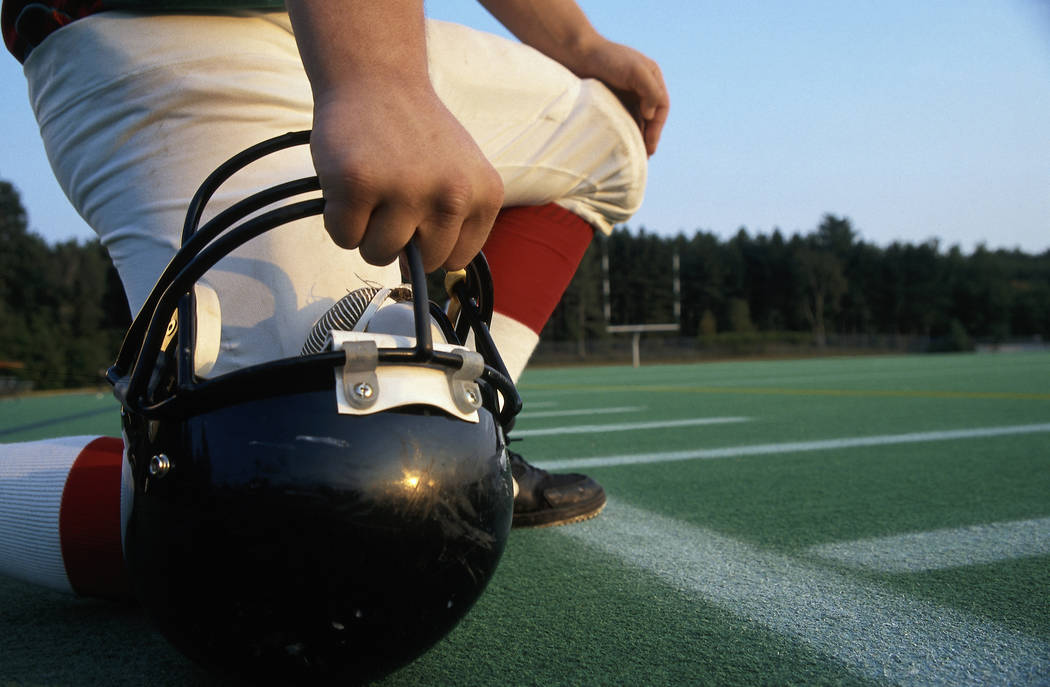 Any questions about whether Liberty is still the dominant team in the Southeast League were answered Friday night.

The Patriots scored touchdowns on their first three drives, and their defense harassed Foothill quarterback Koy Riggin all night in a 38-0 homecoming victory at Freedom Field.

“We played two good games the last couple weeks, and Foothill’s having a great season. Coach (Vernon) Brown has done a great job over there as a first-year head coach,” Liberty coach Rich Muraco said. “They’ve played some really good teams from the other side of town, and we let the kids know this is essentially a division championship-type game.”

Liberty had 415 yards of total offense, while Foothill was limited to 22 yards on 18 rushing attempts and 138 yards overall.

The Patriots’ first two drives ended with Britt touchdown passes to Germie Bernard of 14 and 51 yards. The latter of those came on a third-and-25 play when Bernard somehow got lost behind the Falcon defense.

Britt did it himself on the next possession, keeping around left end and outrunning the Foothill defense down the sideline on an 82-yard scamper that made it a 21-0 game with 10:34 to go before halftime.

“He’s an outstanding young quarterback. We went to him not because the other guy wasn’t doing well, but he provides a dynamic to our offense that teams are going to have to prepare for as a running quarterback,” Muraco said. “It’s probably the first time since I had Kai Nacua (now an Indianapolis Colts safety) that we’ve had a quarterback that can run like that.”

Since becoming the starter four games ago, Britt has proved to be accurate as a passer as well, and he fired his third touchdown pass of the game with 17 seconds before halftime to Zyrus Fiaseu. That came on the heels of Foothill’s best drive of the night.

The Falcons (6-2, 2-1) moved from their own 22 to inside the Liberty 5 when Riggin saw room up the middle and took off. Just before he broke the plane of the goal line, the ball was stripped and Liberty recovered in the end zone.

Riggin was flushed from the pocket seemingly every time he tried a straight drop-back pass, and rolling him out allowed the Liberty defense to focus on one side of the field. That made for a tough night, and Riggin completed 11 of his 26 passes with an interception.

“I loved the way our defense flew around to the ball,” Muraco said. “The defensive coaches put together a great game plan, and the kids executed it. The only negative was the penalties that extended drives and gave them a lot of yards.”

Fiaseu added a 10-yard rushing touchdown in the third quarter, and a 71-yard Fiaseu interception return set up a 22-yard Dillon Fedor field goal that finished the scoring.