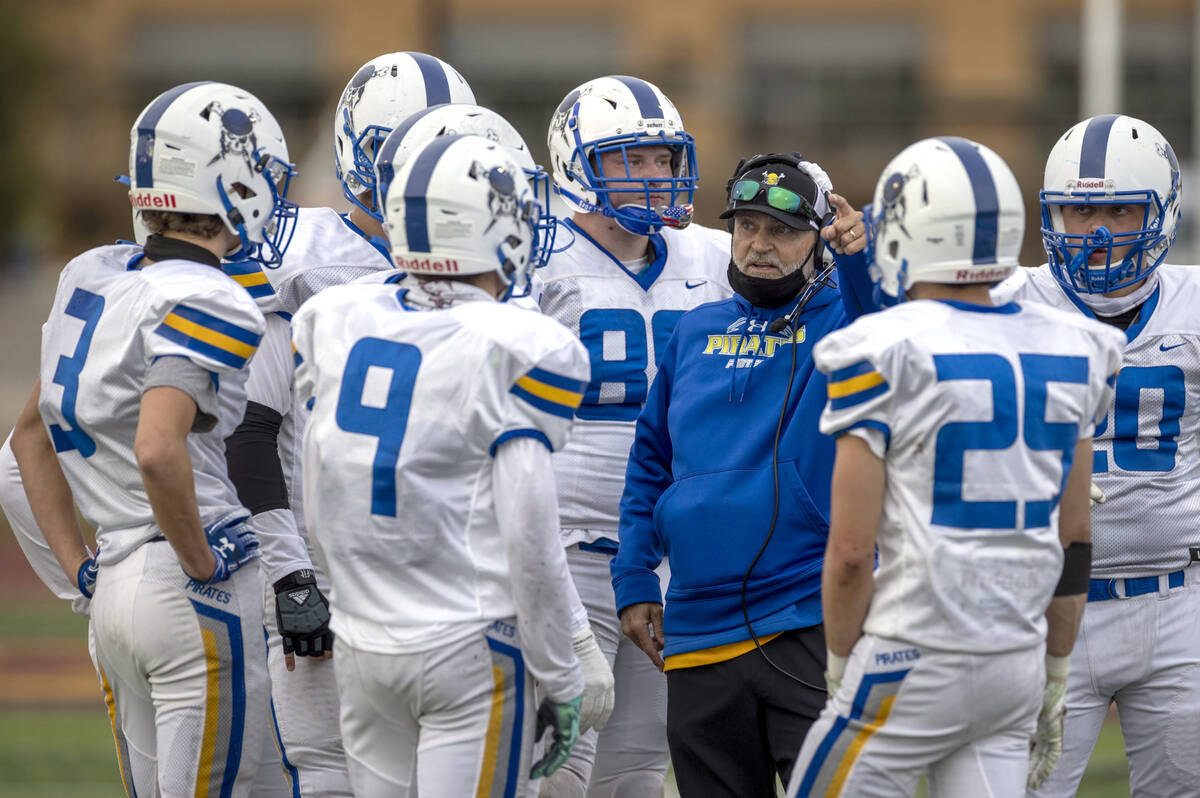 In many ways, Moapa Valley and Virgin Valley are mirror images of each other.

When they meet, the game is usually won in the trenches. Both teams bring a hard-nosed style of play. So it makes sense that the rivals play in the Hammer Game.

This year’s renewal of the rivalry kicks off at 7 p.m. Friday at Moapa Valley.

Rivalry games are important to both sides when nothing is on the line. What sets this one apart are the stakes beyond the hammer.

Virgin Valley coach Matt Woods also grew up understanding the rivalry’s importance. Woods, a 1992 Virgin Valley graduate, said the game is all he hears about in the offseason.

Once the season begins, not much changes. Both communities keep an eye on the other, knowing they’ll eventually cross paths.

“I’ve experienced it my whole life,” Woods said. “We’ve played so many times, and it’s so close. It’s two rural communities that both love football, and both valleys have fielded very good football teams, so that makes it special.”

The hammer has gone back and forth in recent years. It currently resides at Moapa Valley, courtesy of the Pirates’ 18-14 win during the shortened spring season in a game played at a park in Mesquite.

The Bulldogs beat Moapa Valley twice in three weeks in 2019, in the regular-season finale and a second-round playoff game. Moapa Valley took the hammer in 2018, with Virgin Valley claiming it in 2016 and keeping it in 2017.

Moapa Valley has been the dominant Southern Nevada 3A team this fall and enters the game with a perfect 8-0 mark. Virgin Valley had a hiccup against SLAM Nevada in late September, losing 21-14, but comes in with a 7-1 mark.

Lewis and Woods both complimented the other teams’ athletes and said limiting the big play will be a key to winning Friday.

“Both communities have planned our seasons around winning the league championship in this game,” Lewis said. “We have an enormous amount of respect for their coaching staff. Their kids are a lot like our kids. They’re very well-coached, and they play their guts out just like we do.”