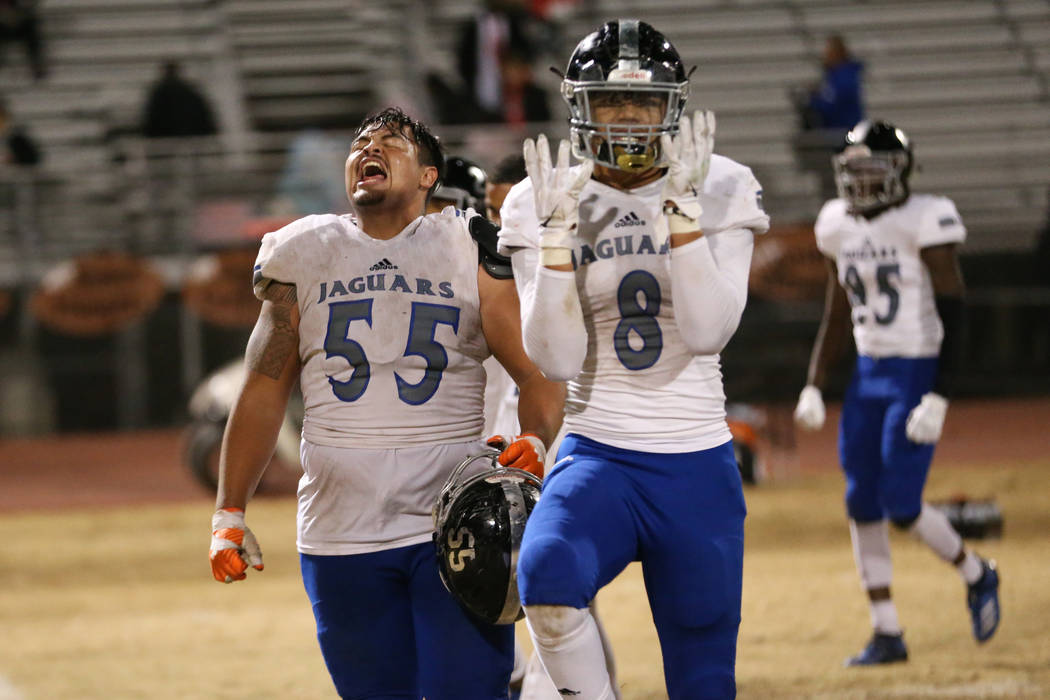 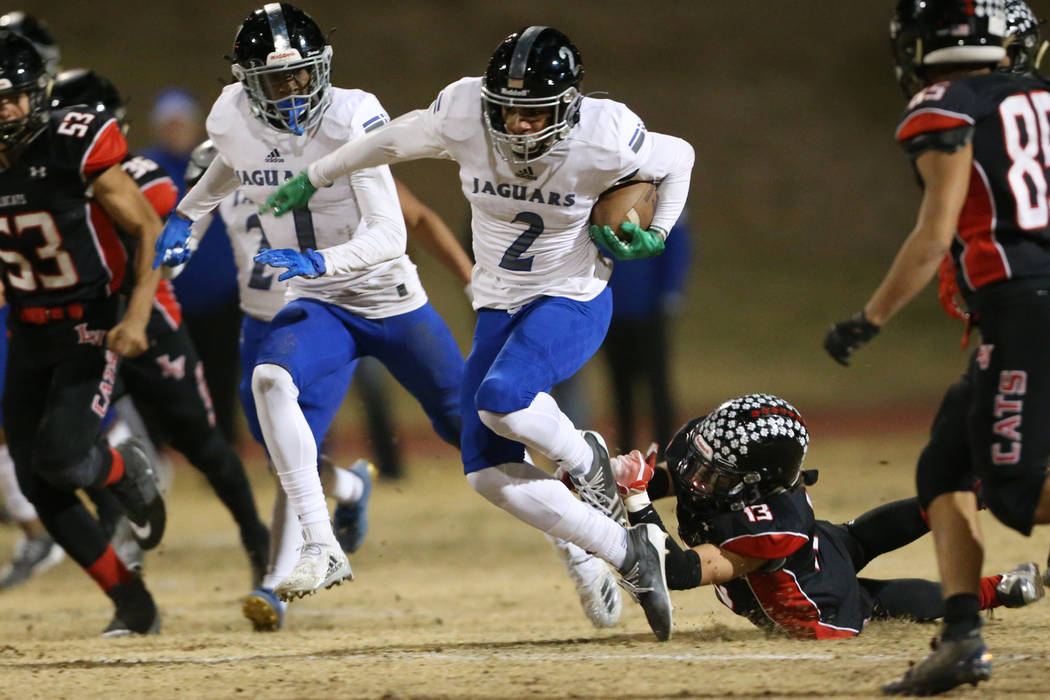 For teams that win their league, the reward is a first-round home playoff game and usually against an opponent it should easily defeat.

Centennial and Desert Pines won the Northwest and Northeast League titles and will have home-field advantage. An easy game with which to start? Not likely.

The Mountain Region playoffs begin Friday, and all four of the coaches whose teams host quarterfinal games had the same basic sentiment in terms of what to expect.

“Anyone can beat anyone,” they all said in some form.

“The hot team is going to win it,” Arbor View coach Matt Gerber said. “It hasn’t been like this in a few years. The Northeast has really stepped up this year. Sometimes you get a first-round game, and you know you’re going to win it. Nobody is saying that this year.”

To understand why, take a look at how the games between the leagues’ No. 1 and No. 4 teams played out. In the Northwest, Centennial’s only loss was 24-20 against Faith Lutheran, which finished fourth. Desert Pines’ closest game was a 21-14 victory over Legacy, which took fourth in the Northeast.

For a short time, Faith Lutheran was in charge of the Northwest race after its win over Centennial. But the Crusaders fought injuries and inconsistency the rest of the way, and a 55-35 loss to Palo Verde on Nov. 1 knocked them out of title contention.

That means a first-round matchup for Faith Lutheran against Desert Pines, the 2016 and 2017 Class 3A state champion. The Jaguars are motivated to get that championship feeling back after blowing a 14-point fourth-quarter lead in a 28-21 loss to Arbor View in the second round of last year’s playoffs.

But they know they can’t look beyond Friday’s game against Faith Lutheran.

“They’re very good. The interesting thing about them is they played a really tough nonleague schedule,” Desert Pines coach Tico Rodriguez said. “They played some of the toughest teams in the country. They beat the No. 1 seed on their side, a really good Centennial team, and played Arbor View close.”

Centennial gets a Legacy team that hasn’t been blown out all season. Its losses in league play were to Desert Pines, 42-35 to Las Vegas and 22-19 to Canyon Springs.

“They’re a team full of athletic players on offense and defense,” Centennial coach Dustin Forshee said. “They can cause havoc on defense because they’re so quick. Their coach, John Isola, is super creative with his offense. He’s going to come out and do something we’ve never seen. They’re a talented group that can beat anybody.”

Las Vegas is back in the playoffs after winning three games last season and failing to make the postseason for the first time since 1998.

Wildcats coach Erick Capetillo was feeling a little nostalgic about his team’s matchup with Palo Verde, a throwback to a rivalry from the early to mid-2000s.

“Palo Verde is always a good team,” Capetillo said. “When I was in high school, these were the two premier programs in the city, and that continued for a few years after I graduated in 2002. They’re still the same Palo Verde team — very physical, very well coached, but they’ve added a few wrinkles.”

While most point to Desert Pines as the favorite to win the region, Arbor View also will be a target. The Aggies open the playoffs at home against a Canyon Springs team that dropped its first six games but won its final three.

“I’ve told our kids all year we’ve got the biggest target on our back,” Gerber said. “We take everybody’s best shot. Canyon Springs had a tough schedule. There were a lot of teams that extended themselves this year and played quality competition out of state. They were one of them.”