Nevada high school football season to have earliest start ever 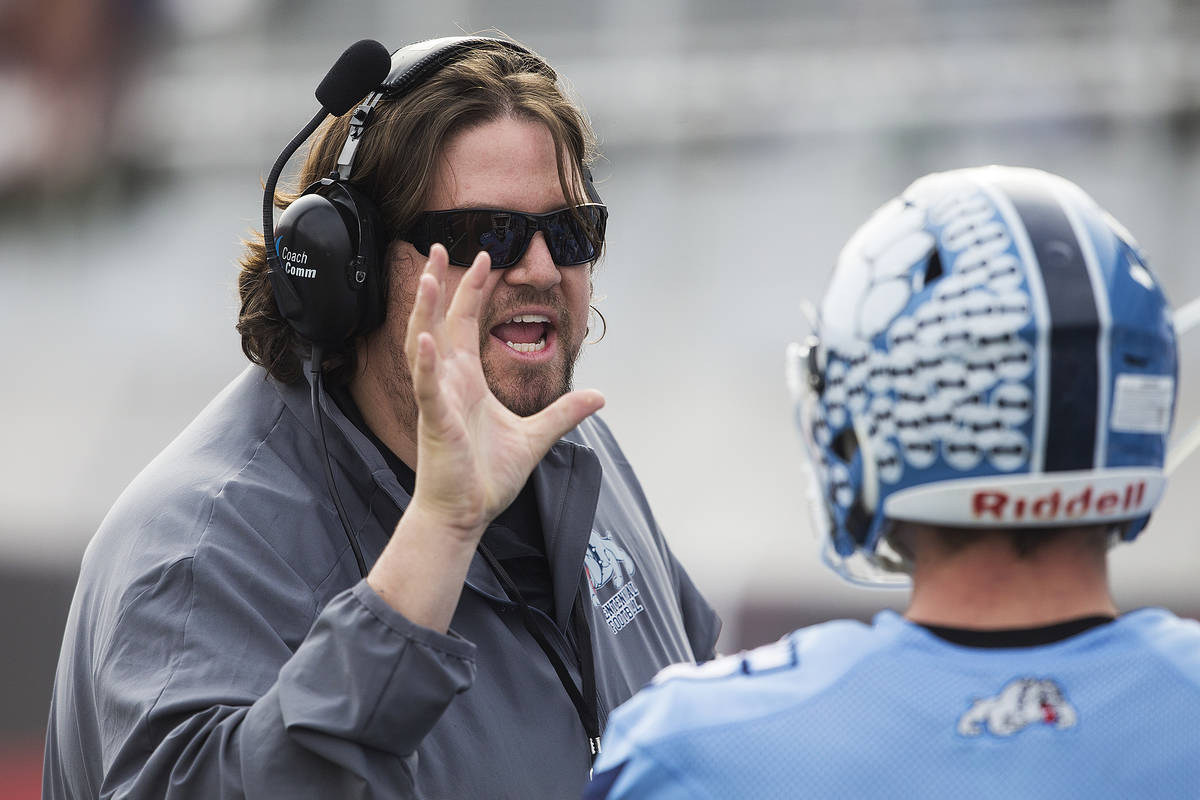 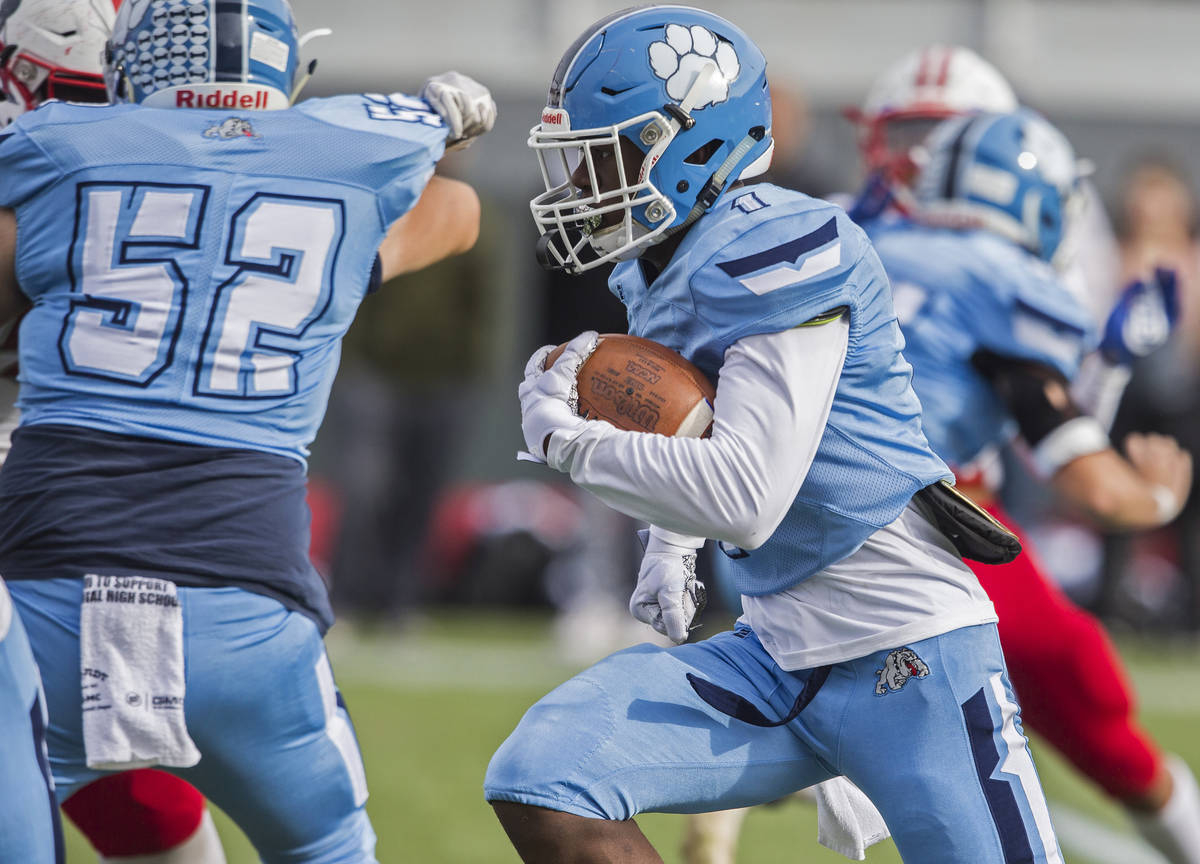 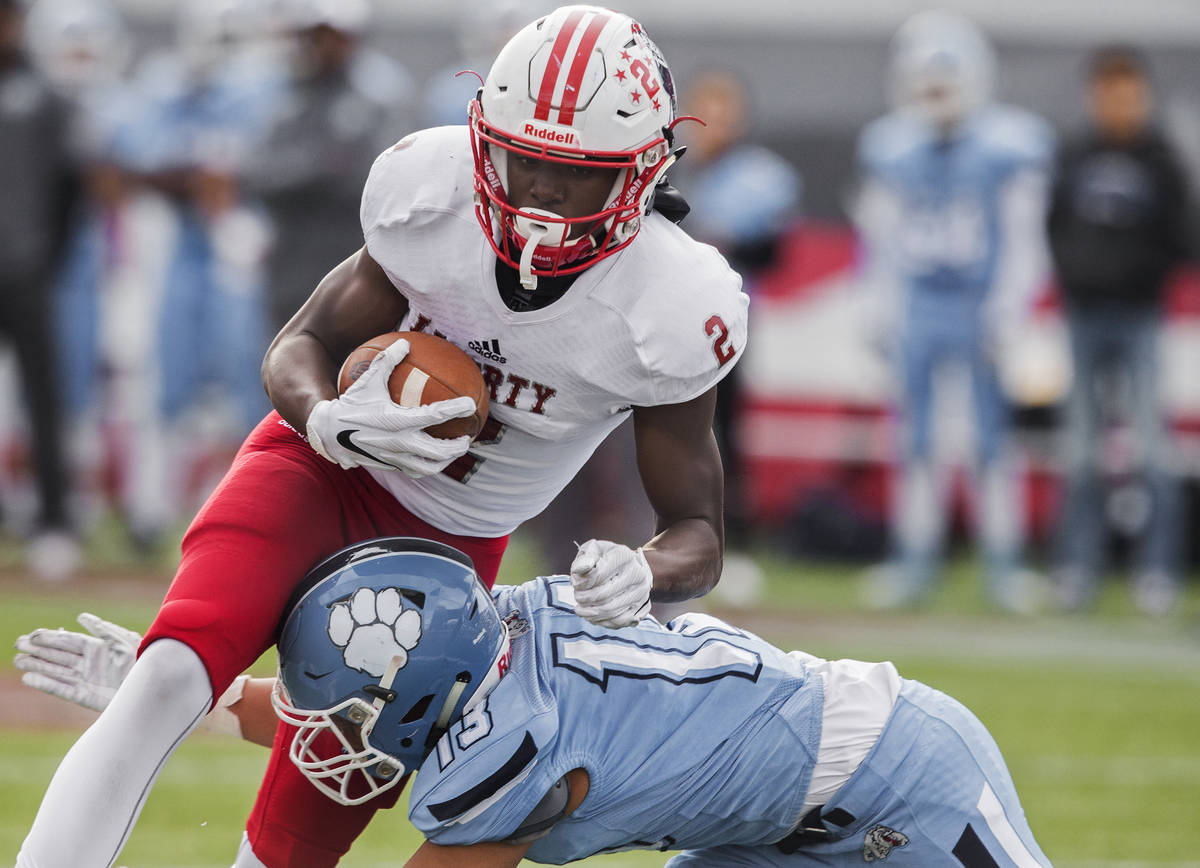 Centennial was one of the final two football teams playing in Nevada last season, reaching the Class 4A state championship game.

The Bulldogs also will be among those getting a historically early start this year. They’ll host Las Vegas on Aug. 14, the earliest Nevada has started its season.

It can be difficult to get ready for a game that quickly under normal circumstances, but the COVID-19 pandemic has left teams dealing with uncertainty since March.

“The biggest challenge is we haven’t been allowed on campus yet,” said Shadow Ridge coach Travis Foster, whose team is scheduled to host Durango on Aug. 14. “I can’t tell you how ready I am to get started. I’ve been on Zoom calls with the kids and talked to them on the phone, but it’s not the same as seeing them.”

That might change soon. On Tuesday, Gov. Steve Sisolak announced that schools and athletic facilities can reopen at the discretion of local school districts with social distancing restrictions.

The Nevada Interscholastic Activities Association echoed the governor’s directive with a statement, leaving the local districts as the final hurdle to teams getting back to work.

Centennial coach Dustin Forshee said he expects the Clark County School District to meet soon and announce its plan next week. The earliest he sees the valley’s teams resuming activities is June 21.

“For us, we had our program established,” Forshee said. “This is our fourth year. For places that have had the same coaching staff and system in place, it’s not that bad. It set you back a little bit, but we hope kids have been doing some stuff on their own. If they give us the whole month of July to get going, we feel like we’ll be OK. We’ll be behind where we were previous years, but we’re not usually polished in the first week anyway.”

The shift — and the way the calendar falls this year — makes for other interesting schedule quirks. All games slated for Friday, Sept. 18, have been moved to Sept. 17 because of the Jewish holiday Rosh Hashana.

The Class 5A, 4A and 3A state playoffs will begin with first-round games moved up to Thursday, Oct. 29, with Nevada Day on Friday. Class 2A and 1A will start Nov. 6 or 7.

The NIAA moved the schedule up to have the season finished before Thanksgiving, but assistant director Donnie Nelson said the early start is only a certainty this year since the 2021-22 calendar has not been “approved to that degree.”

“We looked at our heat acclimation time period, our noncontact and contact practice time, and it worked out that there was no reason to delay the first game for another week,” Nelson said. “I don’t think you’ll see a whole lot of games on the 14th because the surrounding states don’t start that early.”

Seven games are scheduled for Aug. 14, and most schools that don’t have a game that week will scrimmage and open their season the week after.