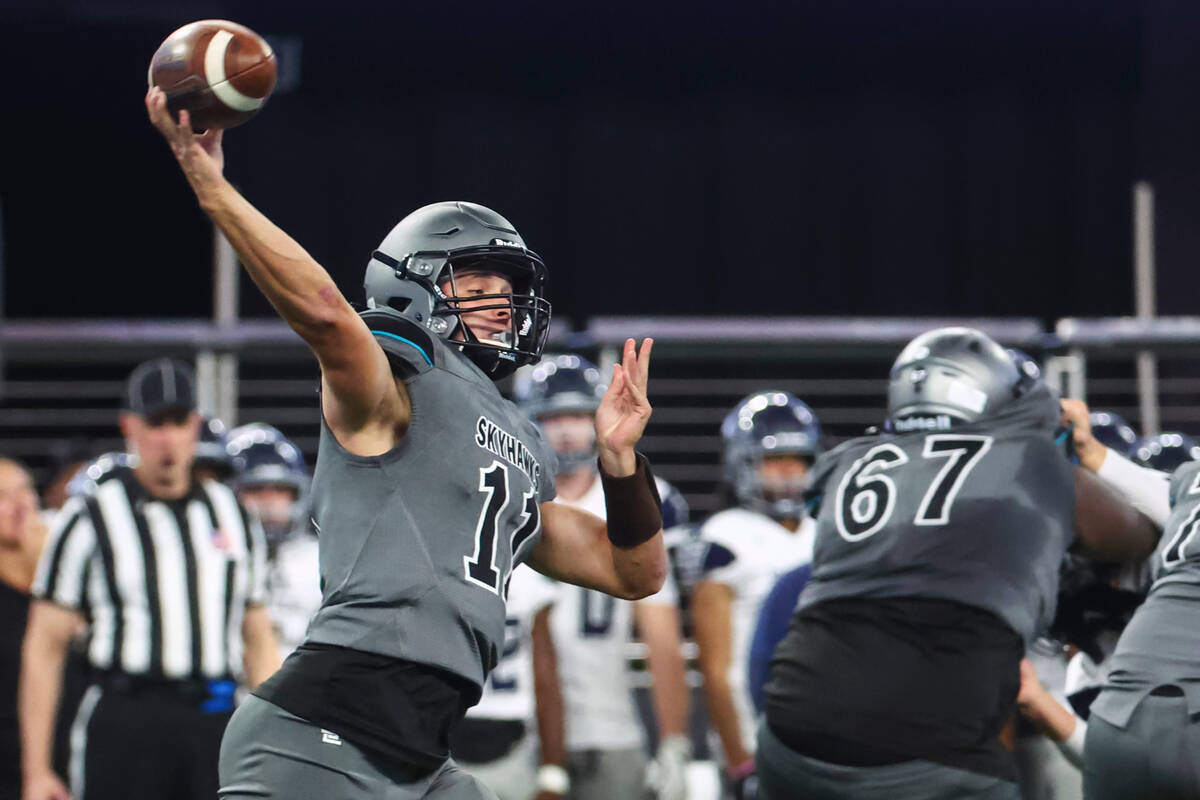 Silverado's Brandon Tunnell (11) throws a pass during the first half of the Class 4A football state championship game against Shadow Ridge at Allegiant Stadium on Monday, Nov. 21, 2022, in Las Vegas. (Chase Stevens/Las Vegas Review-Journal) @csstevensphoto

But the senior quarterback was going to gut out one more performance in his final high school football game.

Tunnell threw three touchdown passes and rushed for a score which helped lead the Skyhawks to their second straight perfect season and second consecutive 4A state title. His performance earned him Nevada Preps Athlete of the Week honors.

Indeed he did. On Silverado’s first play from scrimmage, Tunnell fired a 25-yard touchdown pass to running back Caden Harris.

With a state title and perfect season on the line, Tunnell said the quick start helped him settle into the rest of the game.

“I had a lot of nerves, but when I took the first snap, they all went away,” Tunnell said.

Tunnell also threw touchdown passes to Donavyn Pellot and D’Angelo Hagans, and had a rushing score.

One of Tunnell’s more impactful plays was a 14-yard scramble on third-and-13 midway through the fourth quarter with Silverado leading 37-27. The third down conversion kept the clock running as Silverado added two more insurance touchdowns.

Tunnell started on Silverado’s varsity team as a freshman in 2019. He’s helped lead the Skyhawks to 24 consecutive wins and back-to-back state titles.

“I’m overwhelmed with happiness right now that my group and I were able to do this,” Tunnell said.