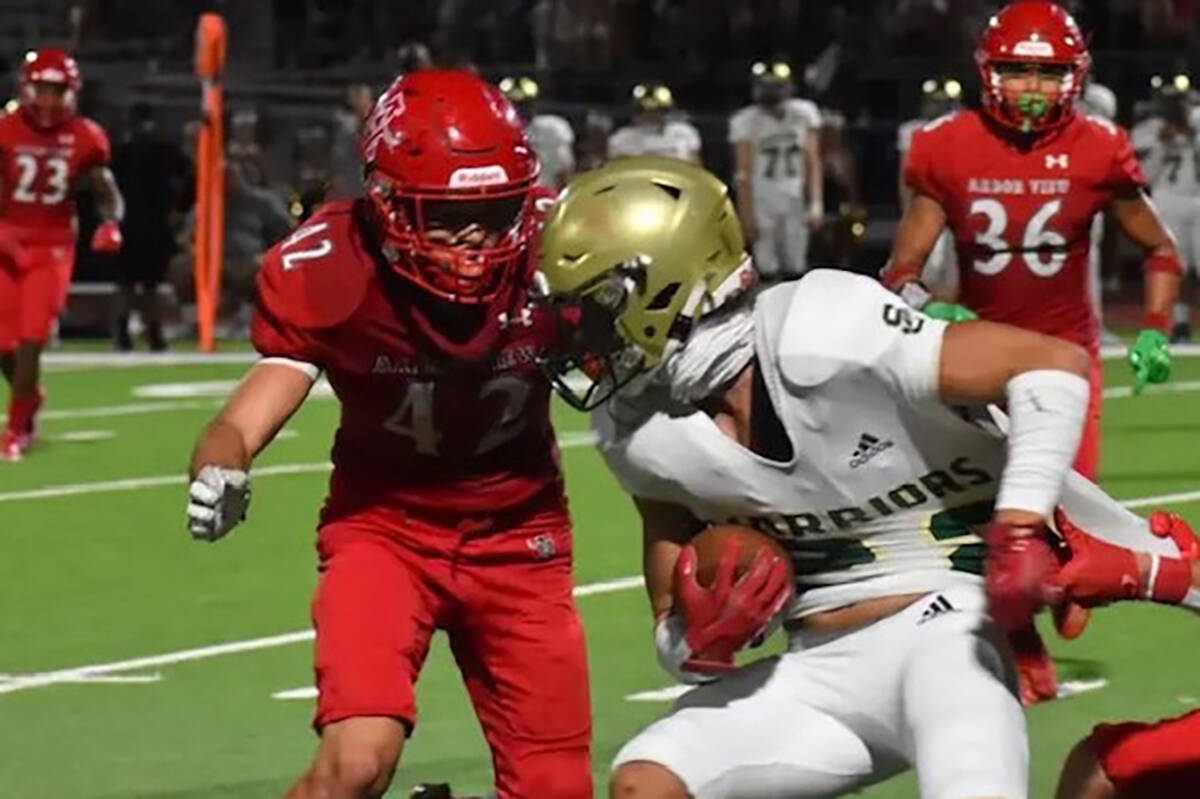 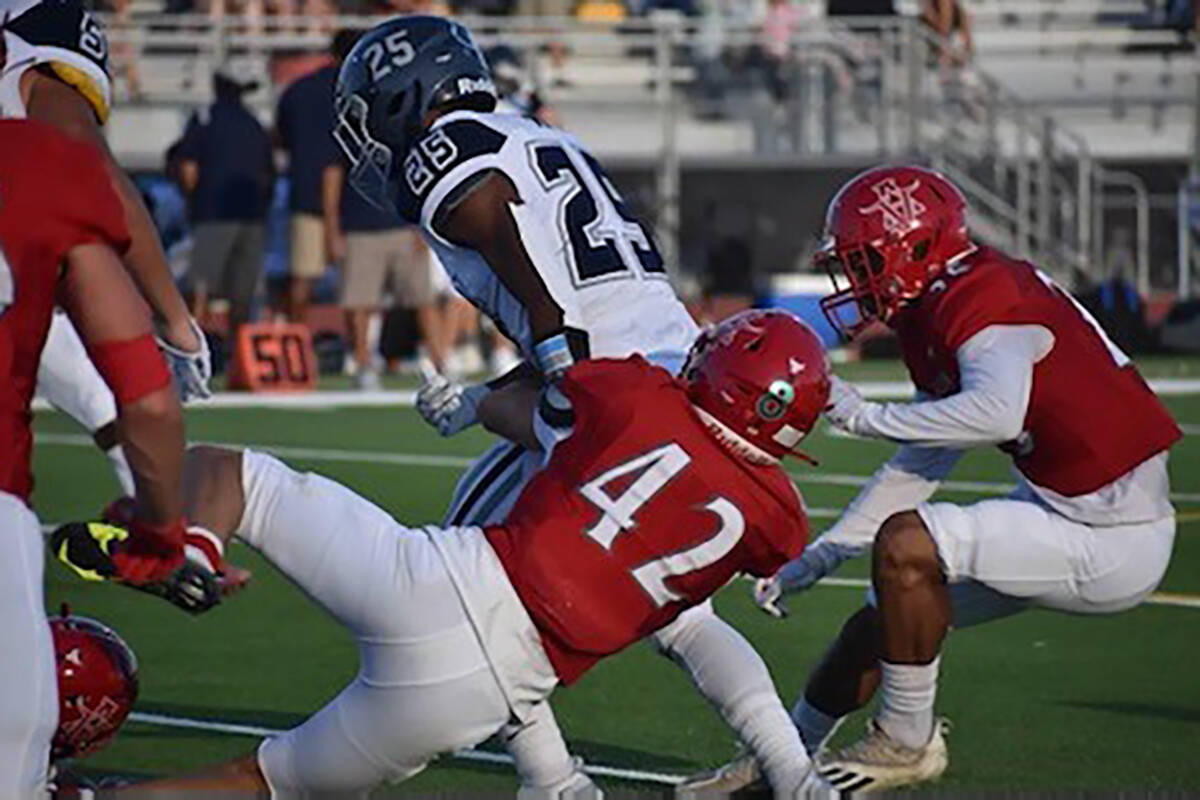 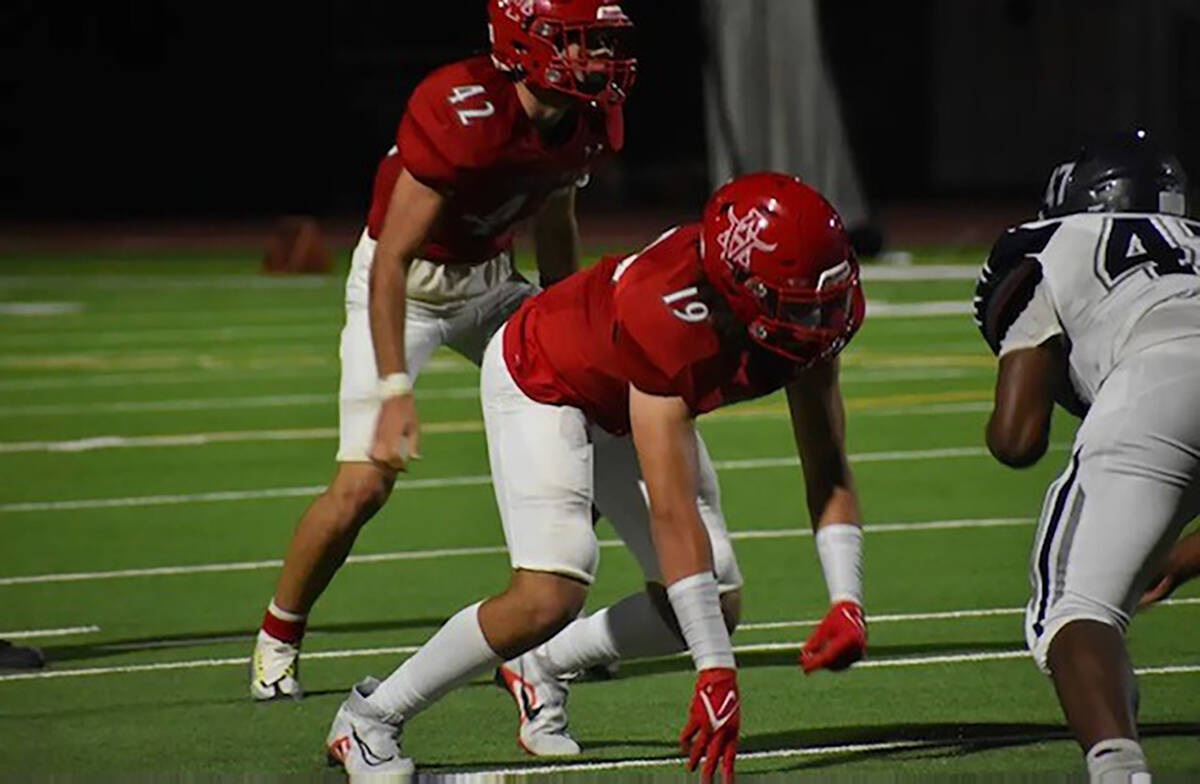 Arbor View linebacker Christian Thatcher (42) lines up for a play during a 38-6 win over Shadow Ridge on Friday. (D.E. Photography)

From the time Christian Thatcher saw Arbor View’s football schedule, he was excited about the matchup with Shadow Ridge.

The sophomore middle linebacker showed he had good reason to look forward to that game with 18 tackles in leading the Aggies to a 38-6 win Friday.

For that performance, Thatcher was named the Nevada Preps Boys Athlete of the Week.

“I was excited because I know they run the triple option, and that allows me to run all over the field and make plays,” said Thatcher, a key cog in an Arbor View defense that has allowed six total points in two games.

That’s been Thatcher’s M.O. since the day he began at Arbor View. He knew the importance of the middle linebacker position and that he would have to learn fast.

But after a strong showing at a camp at Southern Utah in the summer before his freshman year, Thatcher knew he belonged. He made such an impression that Southern Utah offered him a scholarship even though he hadn’t played a down of high school football.

Thatcher’s sideline-to-sideline speed is a strength, but he knows he needs to add size to his 6-foot-2-inch, 195-pound frame and continue to improve.