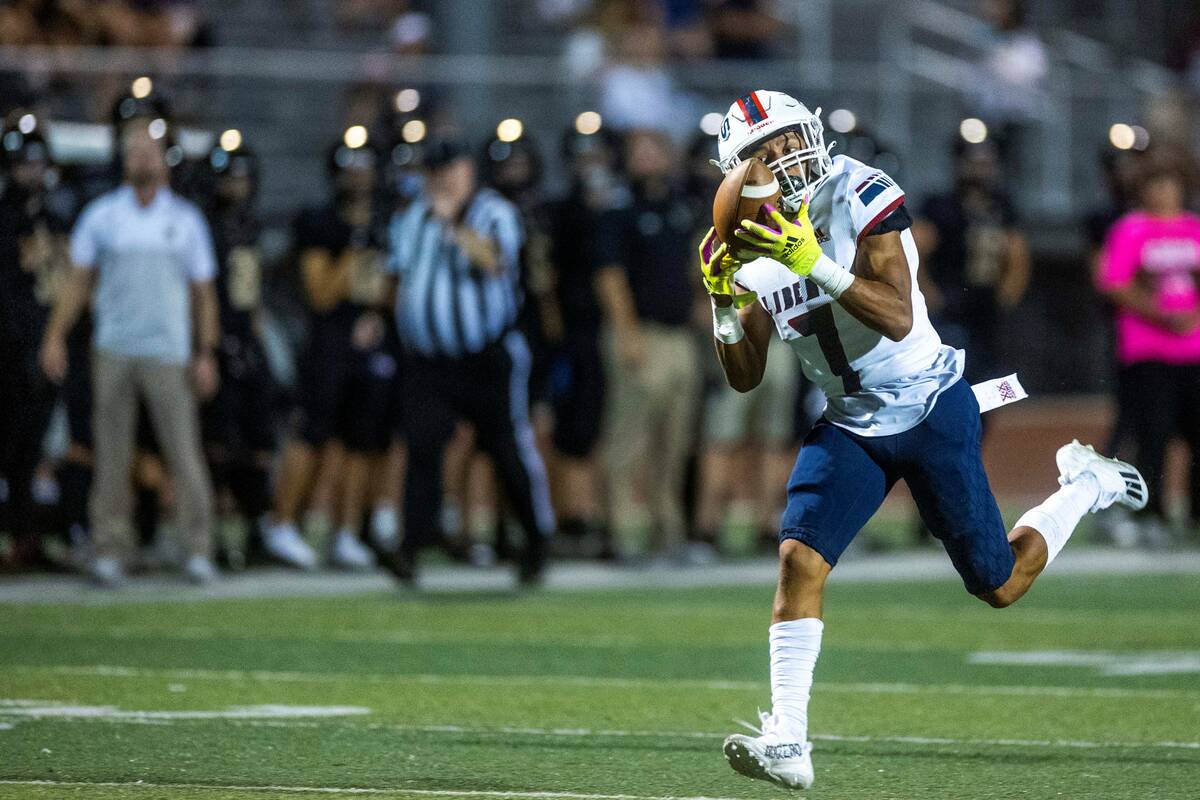 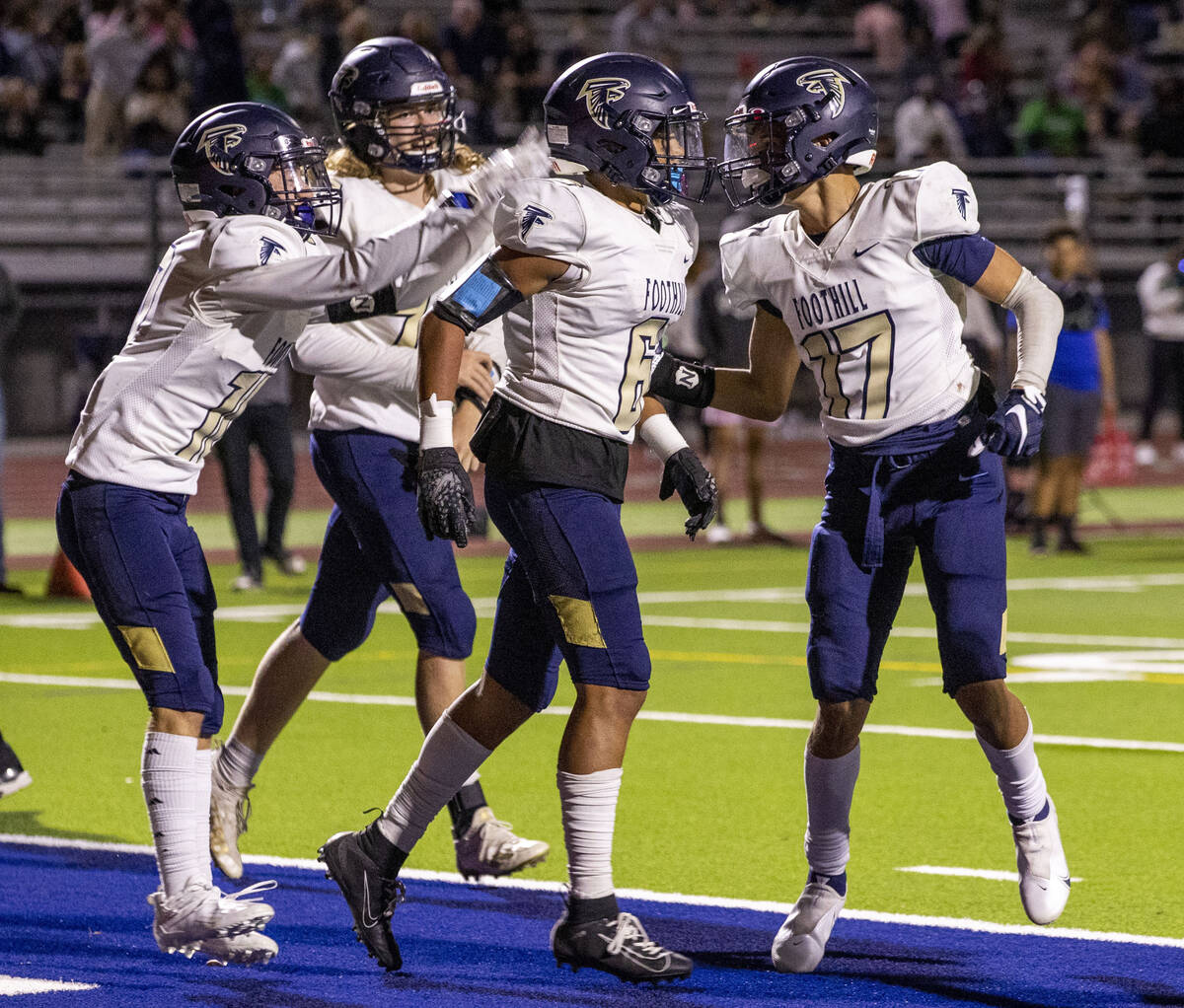 Foothill wide receiver Jayden Robertson (6) is congratulated on his go ahead score over Green Valley during the second half on an NIAA 5A playoff football game at Green Valley High School on Thursday, Oct. 26, 2021, in Henderson. (L.E. Baskow/Las Vegas Review-Journal) @Left_Eye_Images 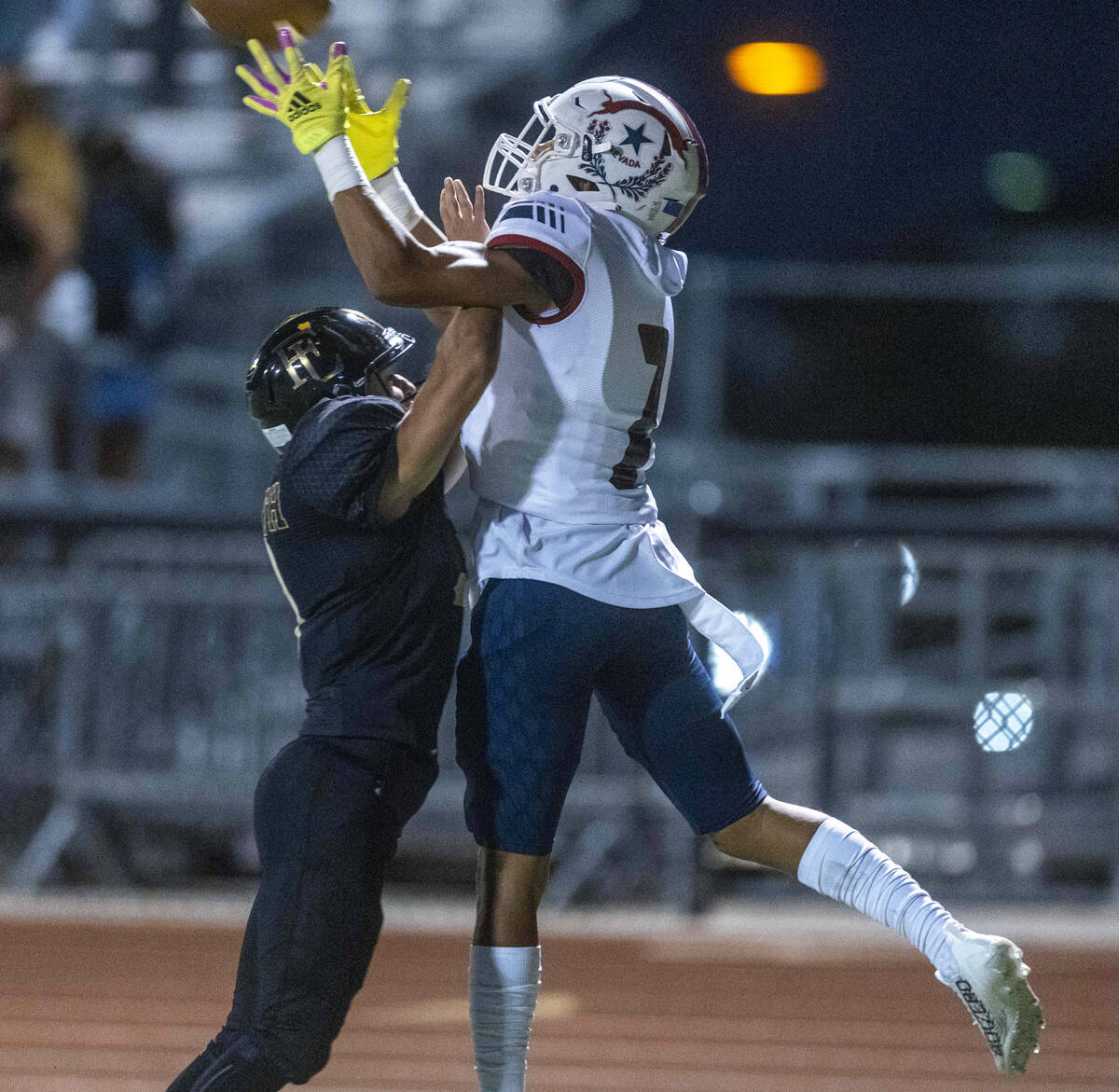 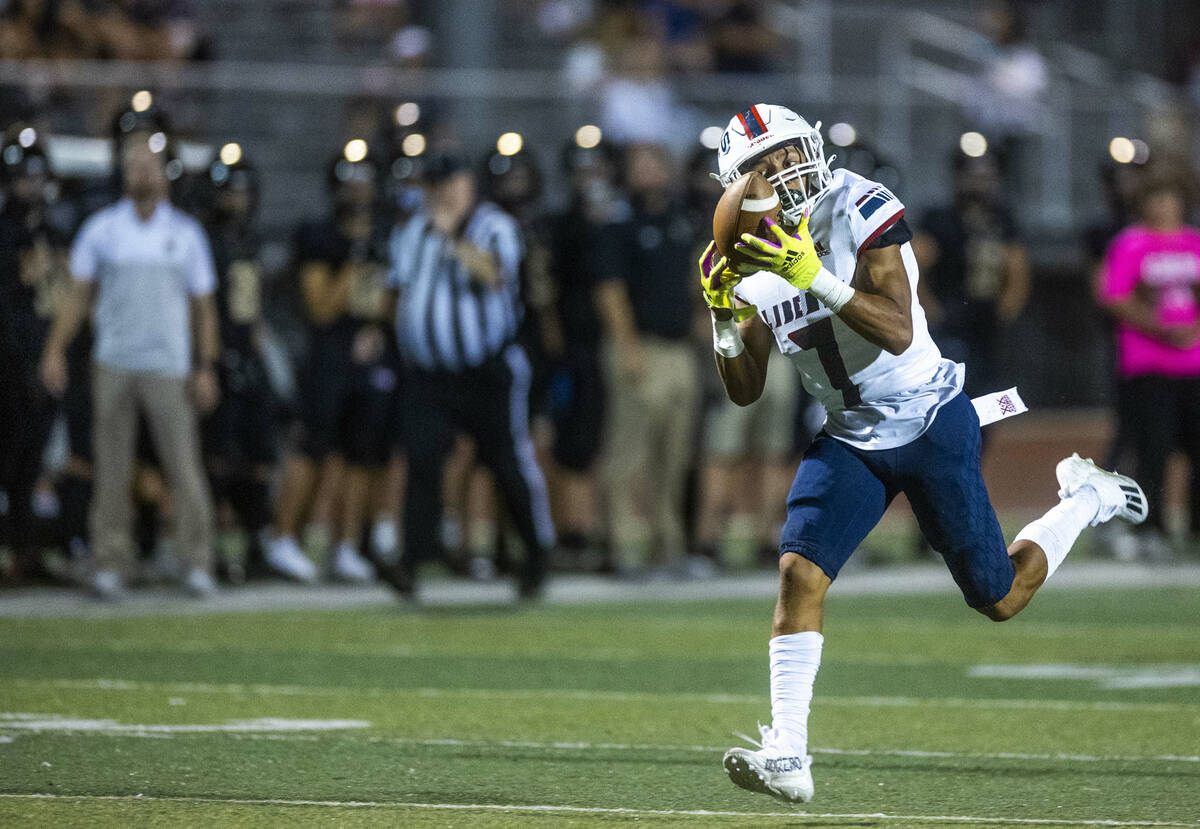 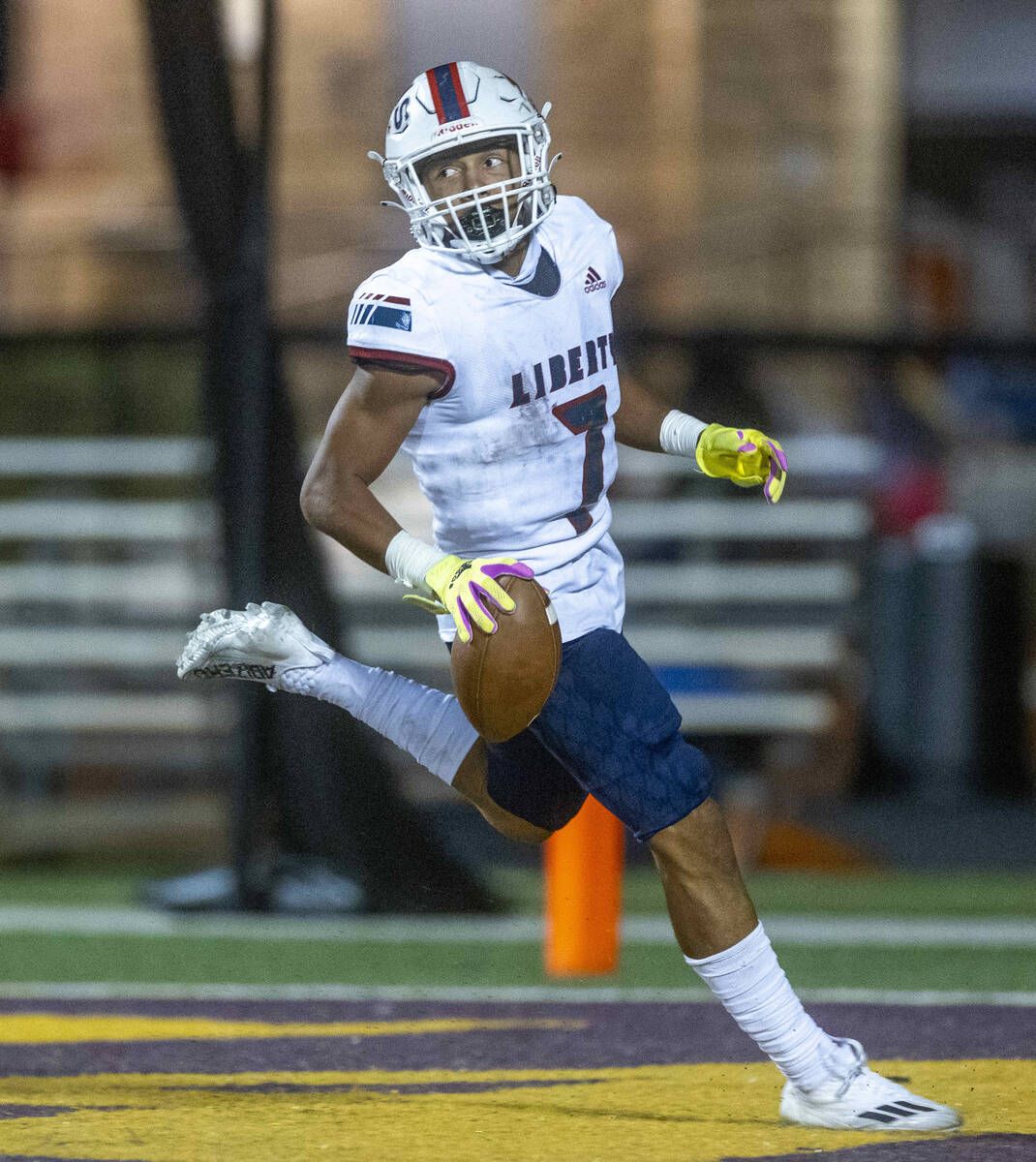 Liberty wide receiver Jayden Robertson (7) looks looks back on another touchdown reception over Faith Lutheran during the first half of their NIAA football game on Friday, Sept. 23, 2022, in Las Vegas. (L.E. Baskow/Las Vegas Review-Journal) @Left_Eye_Images

Three catches, three touchdowns. It doesn’t get more efficient than that.

Junior Jayden Robertson’s big night, in which those three receptions went for 161 yards, came at a key moment as Liberty began Mountain League play Friday and made a statement with a 41-6 victory over previously unbeaten Faith Lutheran.

“My coaches were saying, ‘Any opportunity to touch the ball, make the end zone or get something out of it,’” Robertson said. “So that felt really good.”

For his efforts, Robertson is the Nevada Preps Boys Athlete of the Week.

He said he doesn’t possess blinding straight-ahead speed, but is an adept route runner who knows how to make cuts that create separation from defensive backs.

Robertson is catching passes in a two-quarterback system, with Colin Gregorio splitting time with Tyrese Smith.

“It’s good because it’s two different looks for the defense also,” Robertson said. “We practice with both as much we’d do with one or the other.”

His production came at an especially opportune time.

The Patriots played a demanding non-league schedule, and their 2-3 record created some doubt as to whether Liberty again would be a top contender. Then came the league-opening rout of Faith Lutheran.

“Everybody was saying we’re not good,” Robertson said. “They didn’t realize the talent we were playing to get us prepared for league. Playing against (top) competition is getting us ready for November when playoffs happen.”