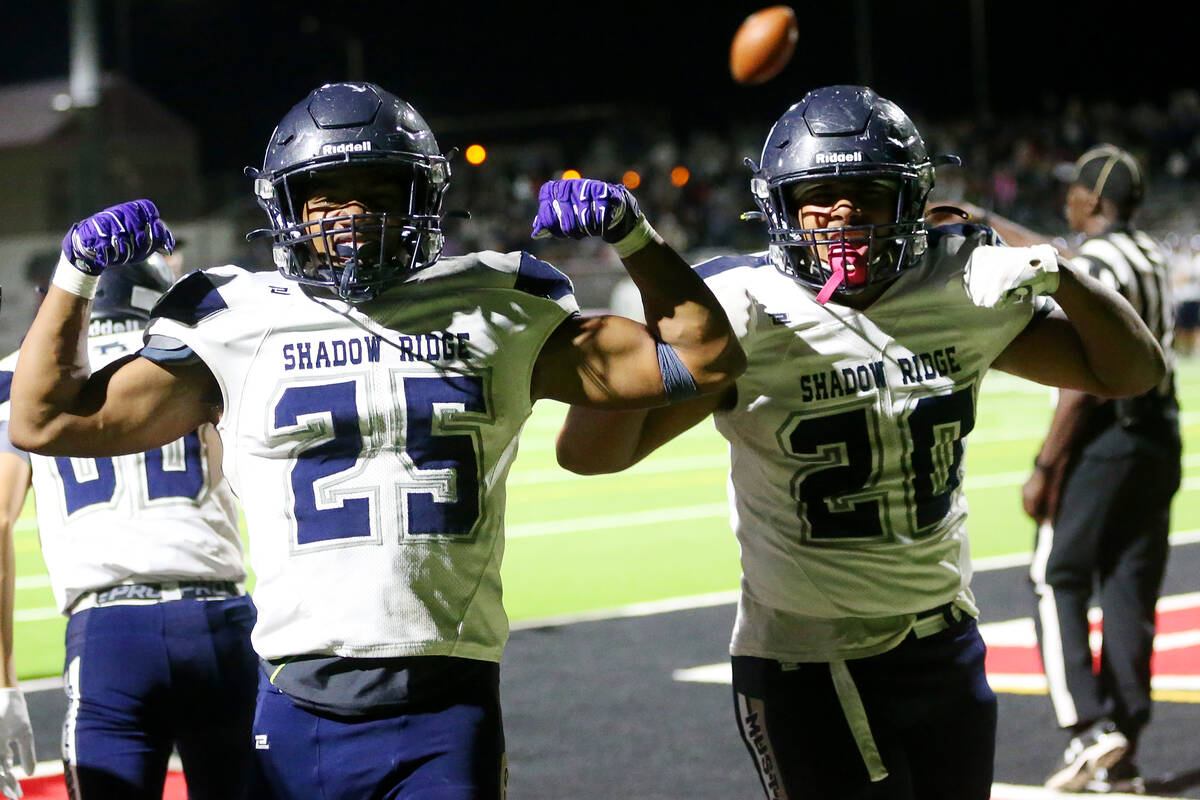 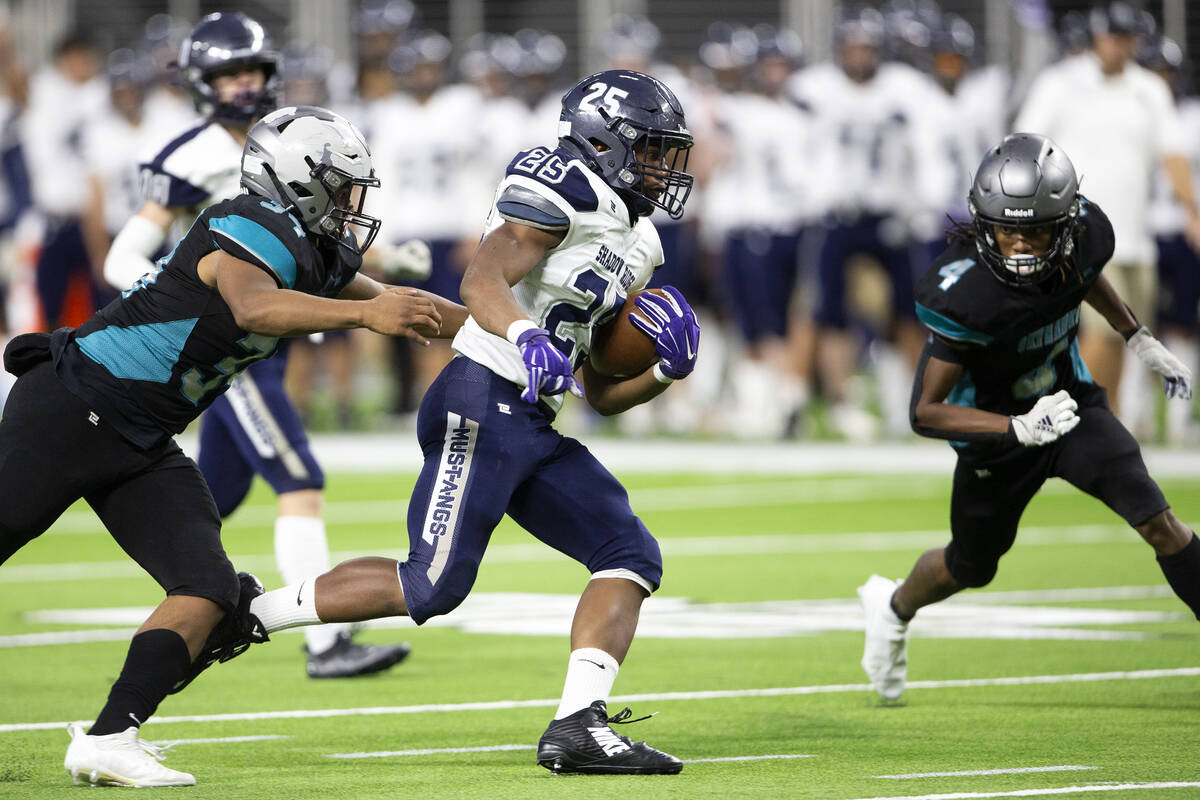 Shadow Ridge running back Jaquieze Holland (25) runs with the ball as Silverado linebacker Demetrius Jones (34) and Silverado cornerback Shyne Johnson (4) close in on him during the Class 4A football state championship game at Allegiant Stadium on Thursday, Nov. 18, 2021, in Las Vegas. (Ellen Schmidt/Las Vegas Review-Journal) @ellenschmidttt 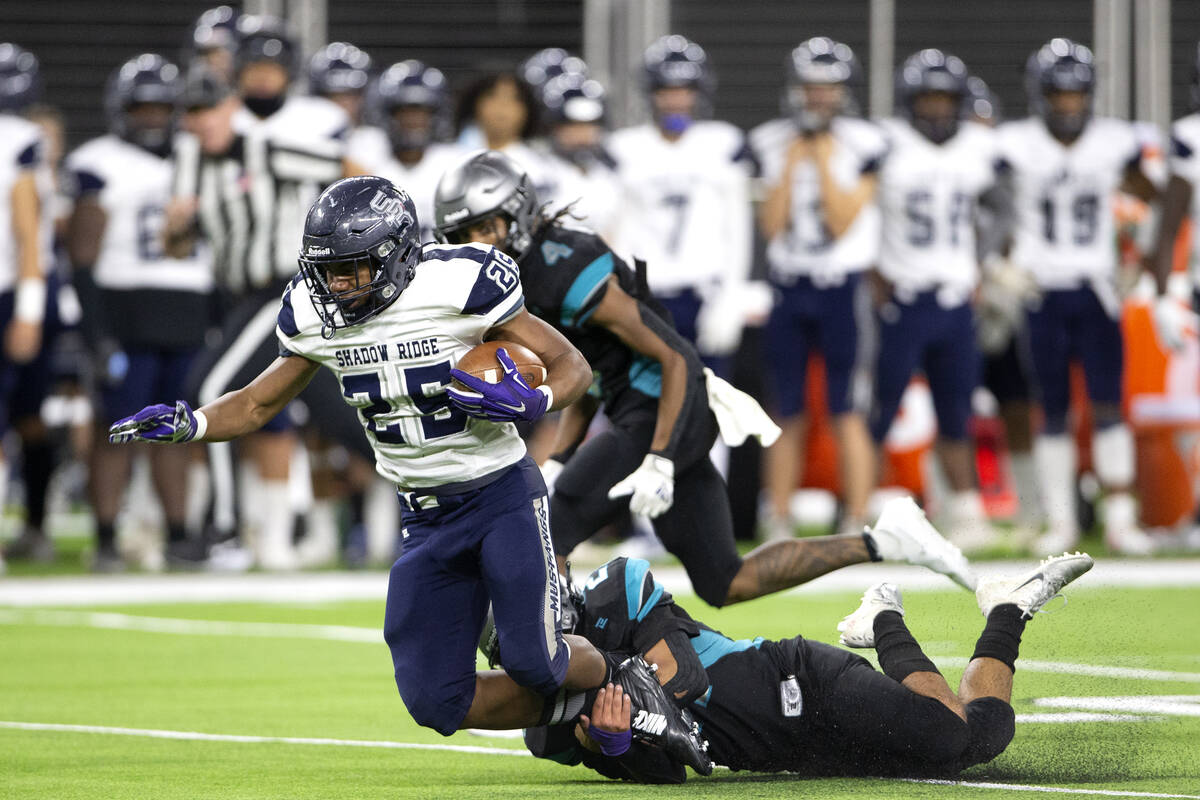 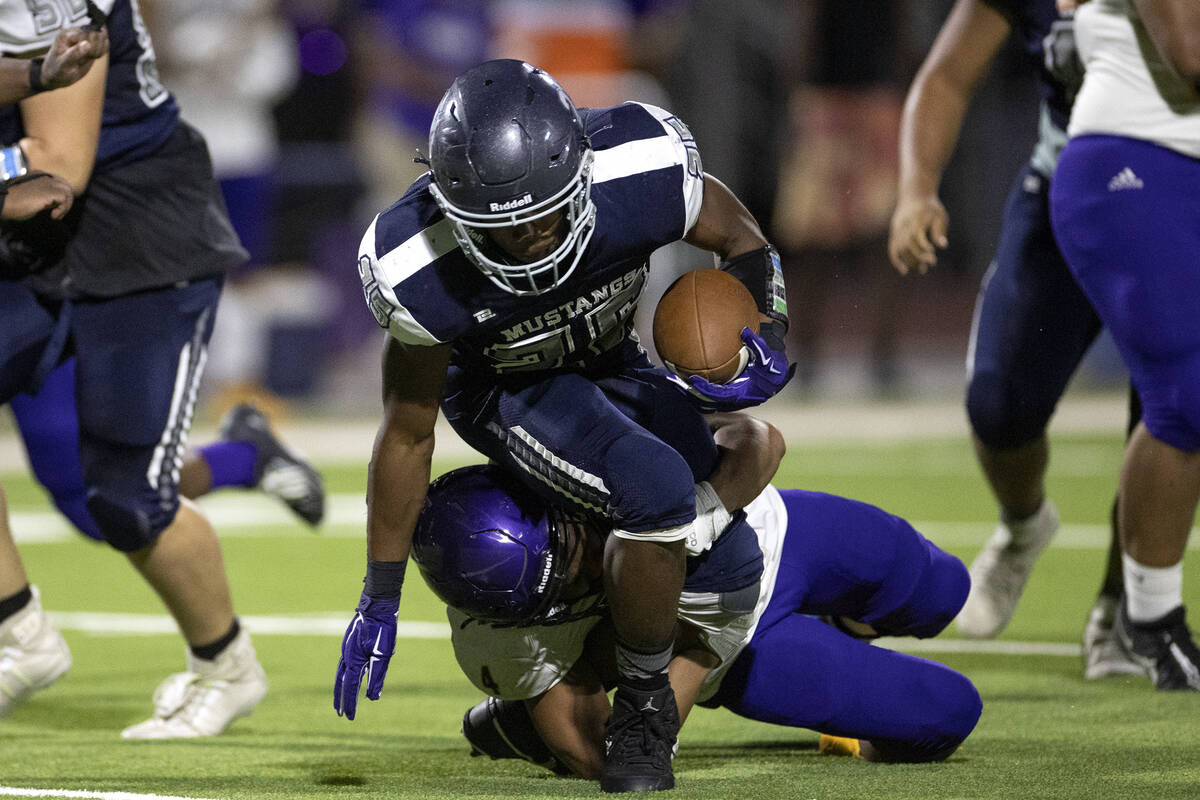 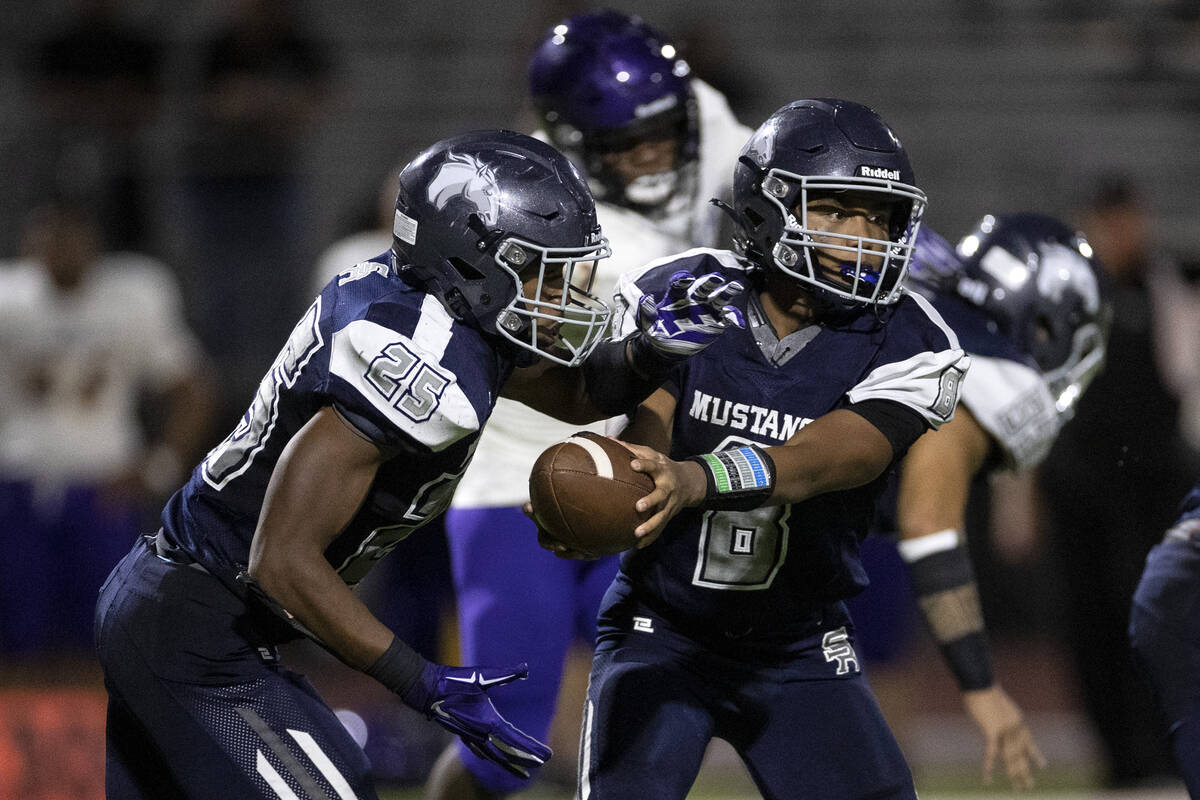 Shadow Ridge football coach Travis Foster knows when his team badly needs yards for a critical first down, he can turn to senior running back JaQuieze Holland.

“He’s been our bell cow for a couple of years now,” Foster said. “He’s very competitive. He does a lot for us.”

That was especially true in Friday’s 48-35 shootout victory over Foothill. Holland rushed 28 times for 283 yards and f0ur touchdowns to earn the Nevada Preps Boys Athlete of the Week.

“I was seeing things pretty well after the offensive line was opening up the holes in the middle and on the outside with the pitches, too,” Holland said. “It was easier to get yards. I felt like I got in a rhythm around the end of the first half.”

Foster has even higher hopes for Holland this season. He isn’t concerned about wearing down his back, saying he could carry the ball 300 times. Holland has 688 yards and six TDs on 112 carries through five games.

Bring it on, Holland said.

Now Holland is trying to lead the Mustangs back to the playoffs. They are 4-1 and open Sky League play Friday at home against Sierra Vista.

After this season, Holland is looking to play in college and has received a scholarship offer from Minnesota-Duluth, but might not sign until February. 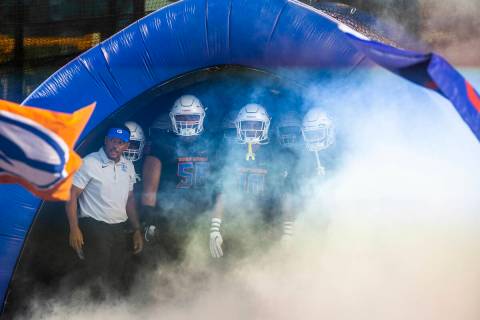 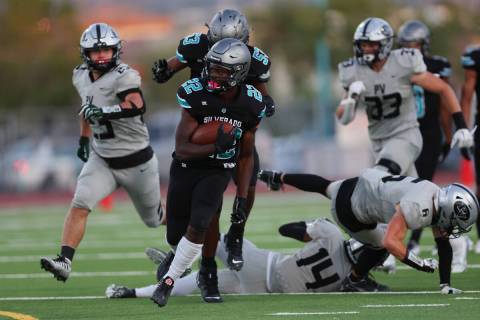