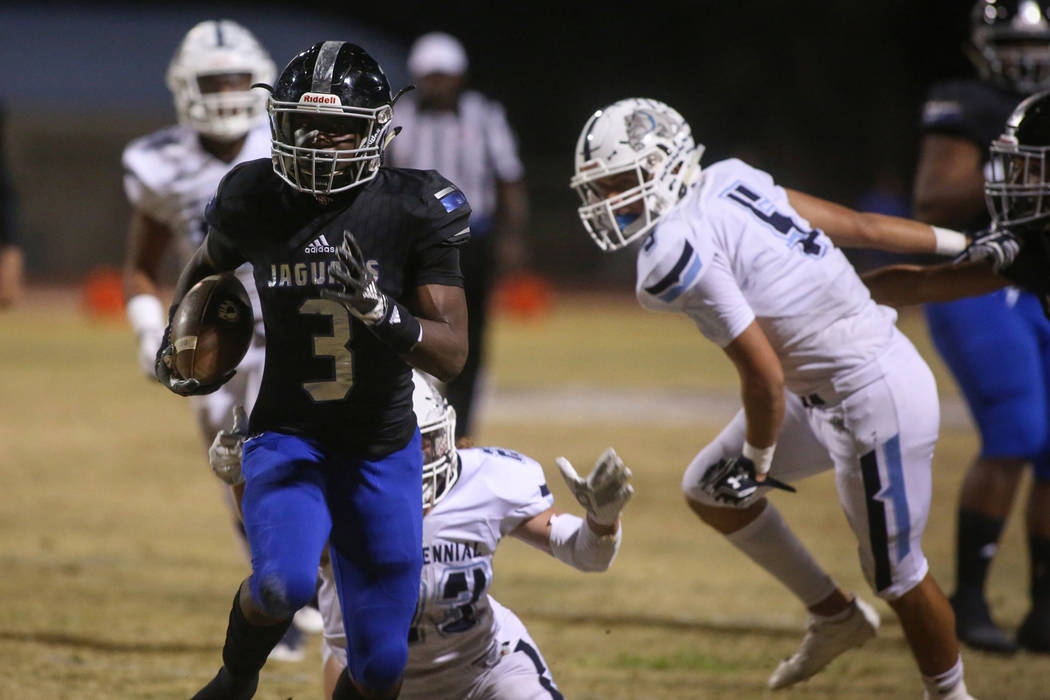 Wednesday — National Signing Day — is only the most important day of his life.

Brown is set to sign a national letter of intent to play for the University of North Carolina at Charlotte — four weeks after receiving the scholarship offer from the Conference USA program preparing for its fifth year in the Football Bowl Subdivision.

“It’s honestly, crazy,” Brown said. “I didn’t even think it was possible from my standpoint.”

Brown, a 5-foot-10-inch, 180-pound speedster, fell a year behind in his recruitment after serving a yearlong suspension in 2017 for violating school rules. He instead contributed as a team manager for the Jaguars and watched them win the Class 3A state championship in 2017 from the sideline.

Inspiring and discouraging. At the same time.

“I honestly didn’t want to go to school anymore once I got kicked off the team,” said Brown, who was raised by a single mother amid his father’s incarceration. “I basically wanted to give up, but I couldn’t … I didn’t want to be known as someone who’d give up.”

So Brown dedicated himself to his academics and became a straight-A student before returning to the Jaguars in the spring of 2018. He competed in 7-on-7 passing leagues in preparation for a fall in which he flourished as a two-way star, rushing for 538 yards and eight touchdowns and tallying 40 tackles, two interceptions and two defensive touchdowns in his only varsity season.

Desert Pines running backs coach David Hill had a relationship with Charlotte defensive line coach Marcus West and was contacted by him about prospective players in the Jaguars’ program.

He recommended Brown and sent West his film. Brown secured an offer Jan. 7.

Brown announced his commitment Jan. 21 and has waited patiently for Wednesday since.

“I played with a chip on my shoulder each and every game,” Brown said. “I knew (National Signing Day) was coming, one way or another.”

By winning out, Centennial could secure an invitation to the annual GEICO Nationals tournament in April in New York. Under legislation passed by the NIAA last year, the Bulldogs would be eligible to compete.