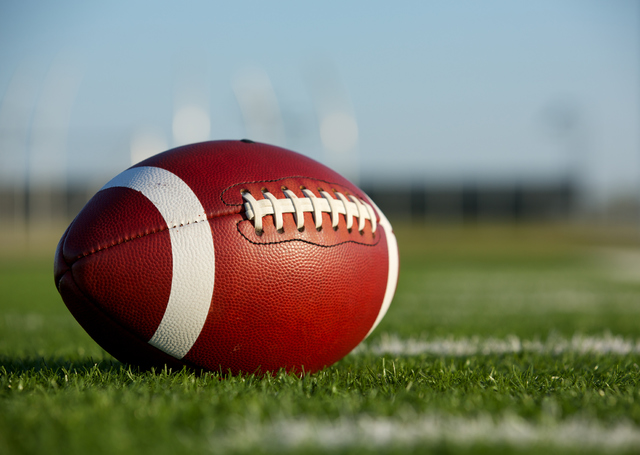 After going 1-9 last year, Shadow Ridge came into the week 5-2 overall and 2-2 in Northwest League play, looking to wrap up a playoff spot.

Palo Verde, normally an annual powerhouse, arrived with a 1-6 mark overall and 1-3 in league play, desperate for a win to keep its postseason hopes alive.

As quirky as the season has been, it probably wasn’t a shock to see Palo Verde come away with a 24-9 road win Thursday night, causing a logjam in the standings.

“Credit our kids, they’ve just bought in. We’ve had some tough losses, some games we thought we should have won, and right now we’re just playing good football,” Palo Verde coach Joe Aznarez said. “I think if anyone would have seen the tape from those games previous in the year, they know that we’re a much better team than our record indicates.”

The Panthers lost their first six games of the season, including tough setbacks to Green Valley, Foothill and Faith Lutheran. But after knocking off Cimarron-Memorial and Shadow Ridge in back-to-back weeks, the Panthers are on the brink of making the playoffs with their home finale next week against Centennial.

Senior running back Jonathan Schofield led the Panthers, rushing for 199 yards on 25 carries, including a 43-yard touchdown that proved to be the difference maker in the fourth quarter.

“We’ve been working hard in the weight room, at practice we were going hard, physical and fast, because we knew we had to go out and get this win,” Schofield said. “We had to make sure we did everything 100 percent and did our job. It came out as a positive and we got the win.”

After a defensive first half that saw the Mustangs squander a couple of opportunities inside the red zone — once in the 10, where they ended up with a field goal, and another at the 16, where they fumbled away the ball — Schofield took over and rumbled for 125 yards in the second half, employing straight-forward, hardcore running that wore down Shadow Ridge’s defenders.

Bobby Webster added an 89-yard TD run to put the game out of reach for Palo Verde.

On the other side of the ball, Palo Verde was brilliant in shutting down a Mustangs offense that has been a pleasant surprise all season.

“This week we just tried to stay focused. It’s tough to prepare for that offense in a short week, but our kids bought in this week and they did a hell of a job on defense,” Aznarez said.

The Mustangs came into the game averaging 371 yards per contest, but managed to gain just 295 yards against a stingy Panthers defense that won the battle in the trenches. Shadow Ridge was led by quarterback Kody Presser, who completed seven passes for 180 yards, including a 50-yard strike to Kaejin Smith-Bejgrowicz.

“It’s frustrating, to have the ball inside the 20 at least three times and not come away with points,” Shadow Ridge coach Travis Foster said. “They played great defense when they needed to, when their backs were against the wall.”

“We didn’t play well enough to win tonight, that’s the bottom line,” Foster said. “We have to win. If we don’t win we’re at the mercy of everybody else. That’s kind of where we’re at right now. It is what it is.”