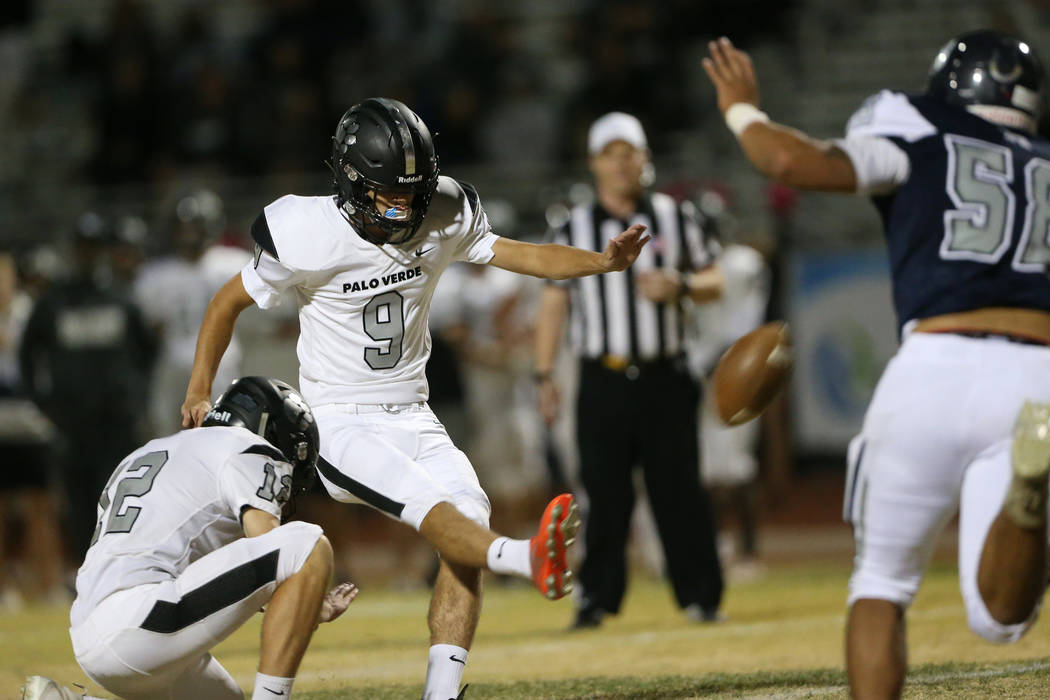 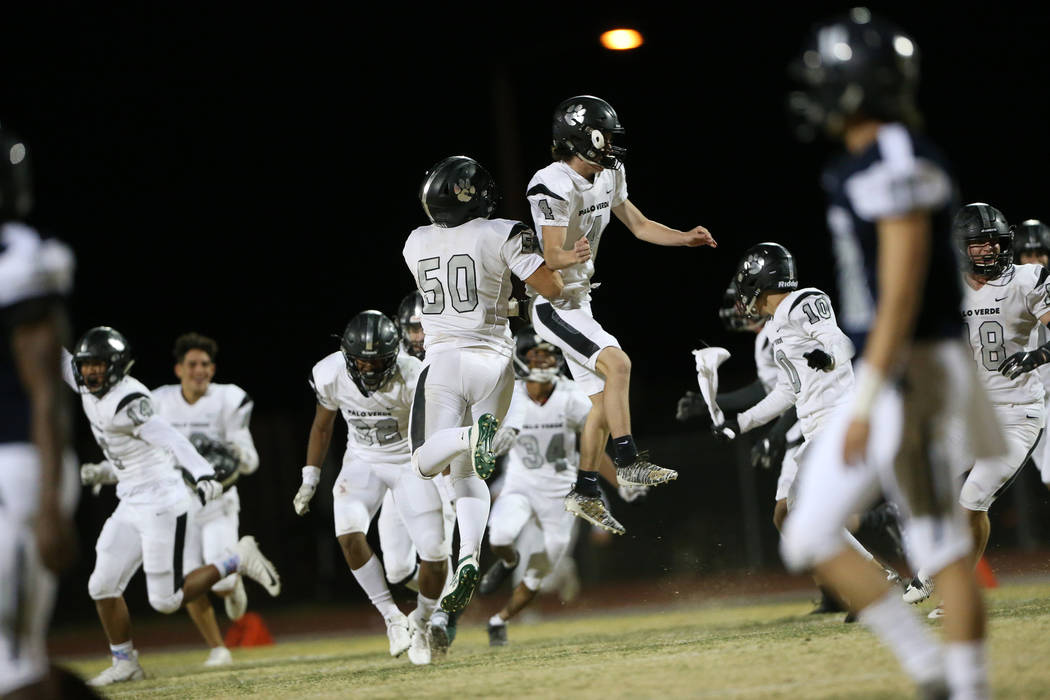 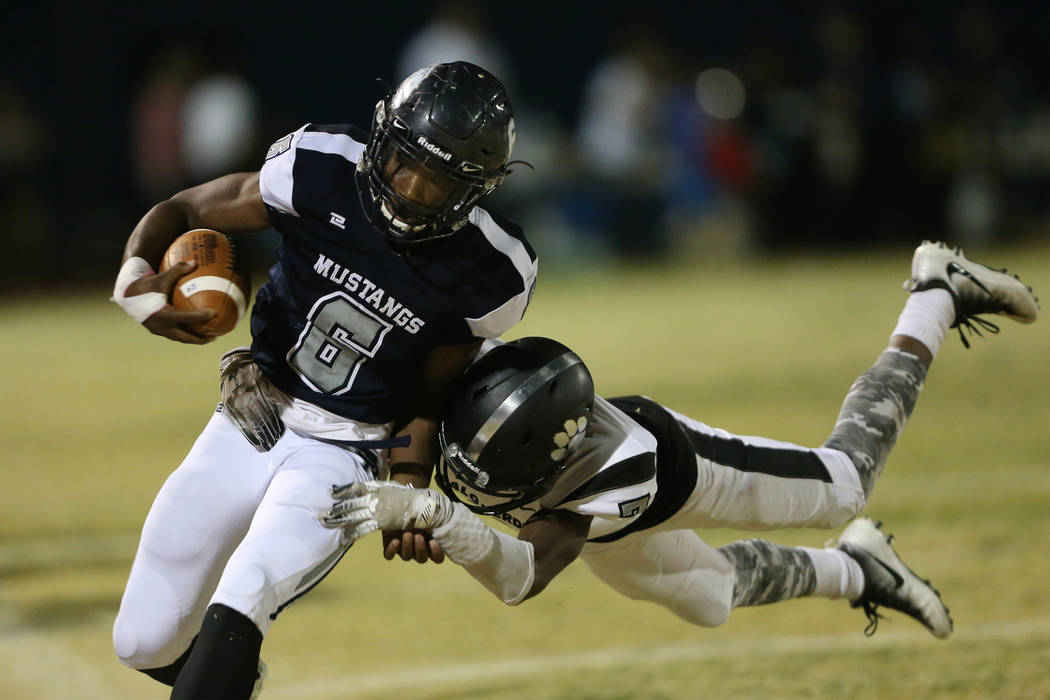 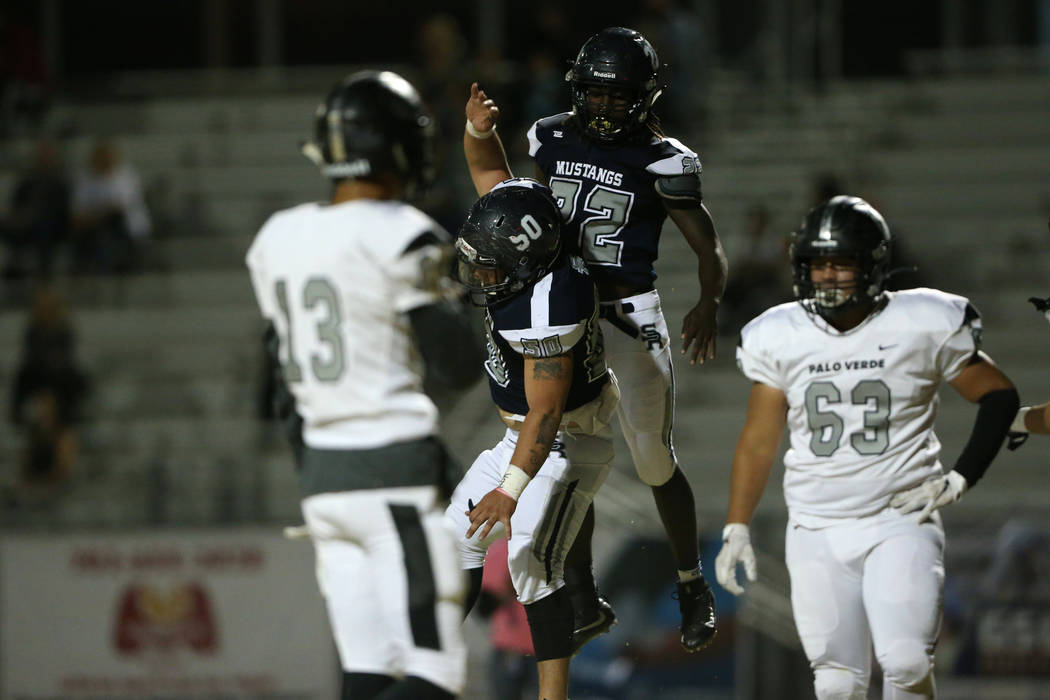 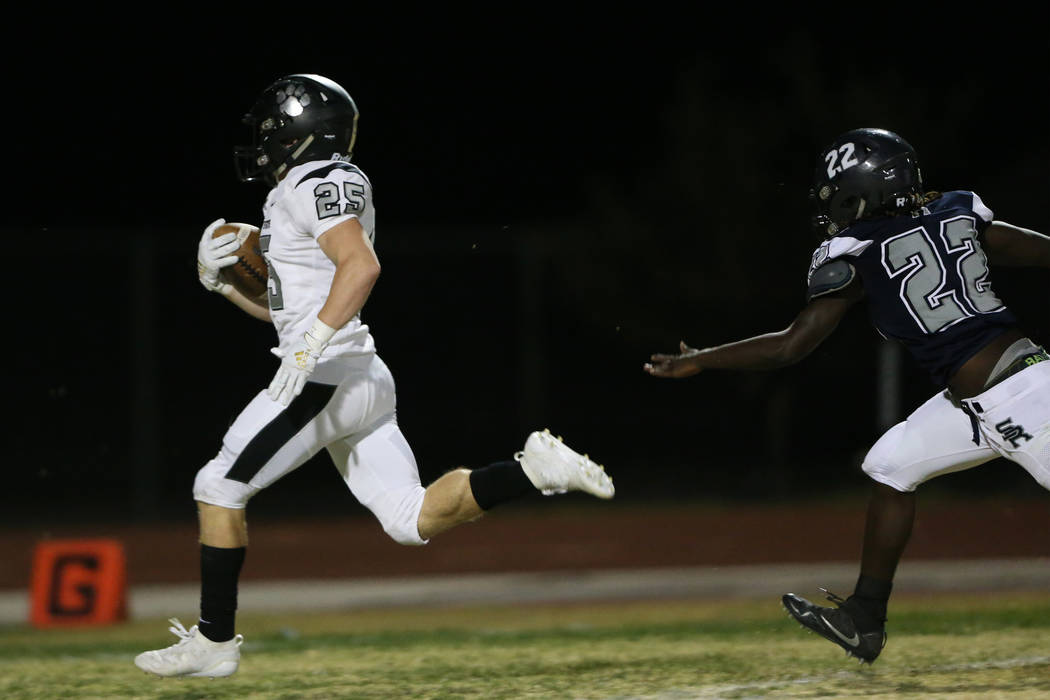 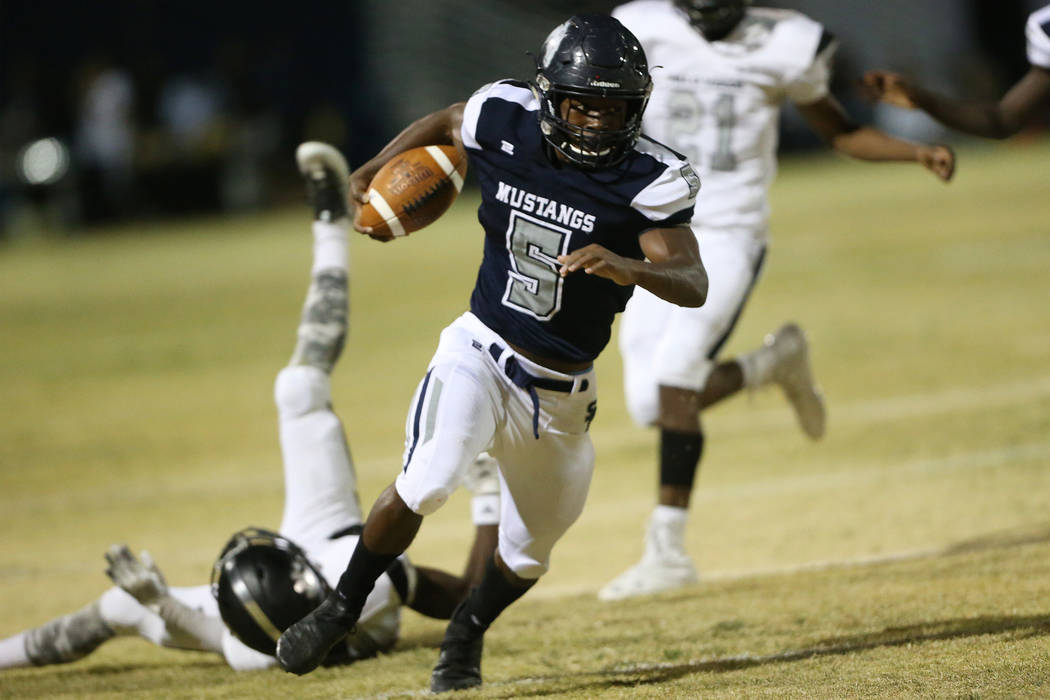 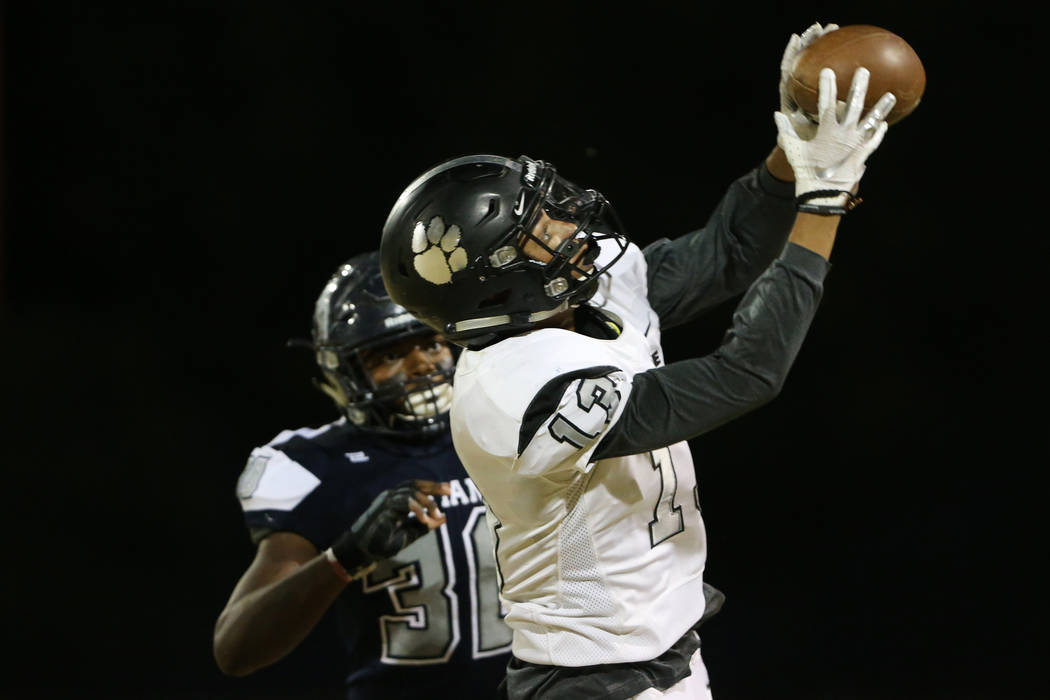 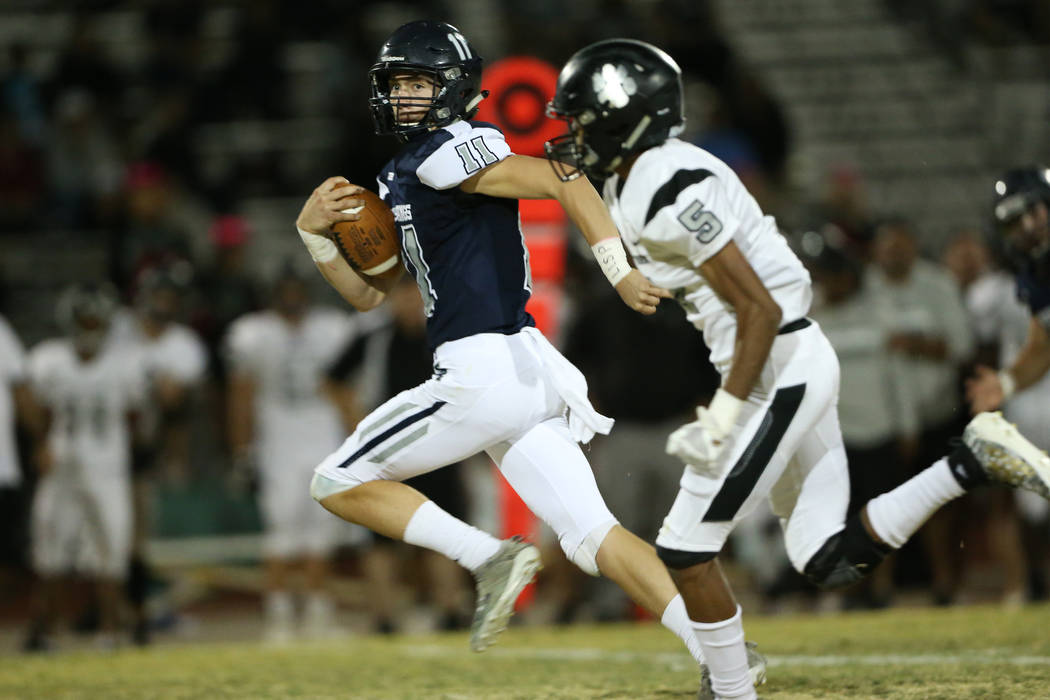 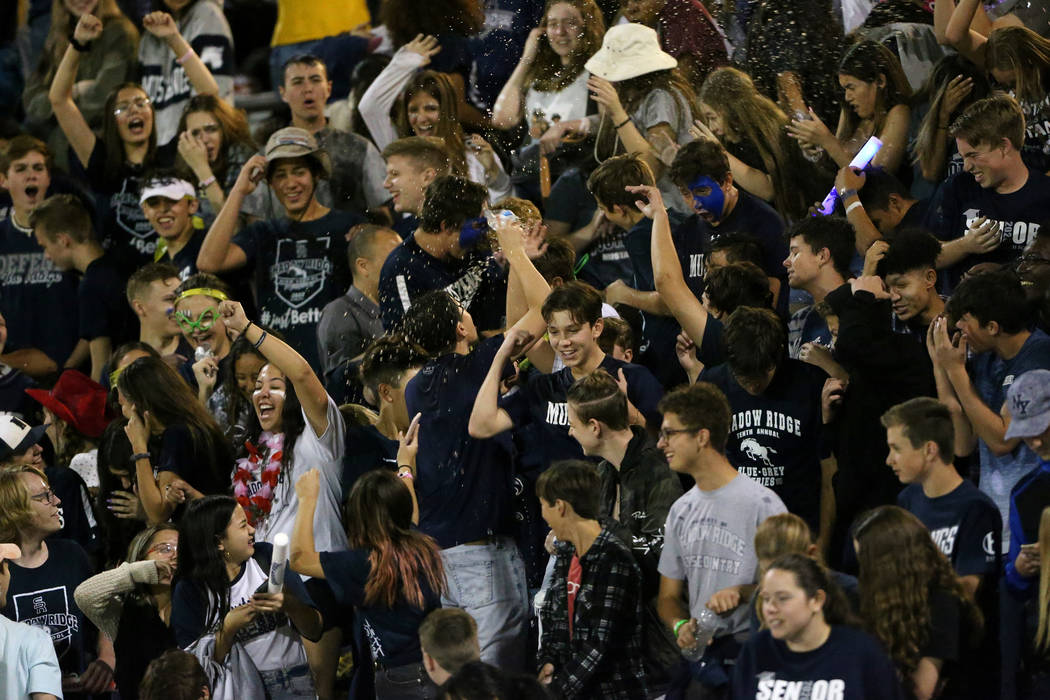 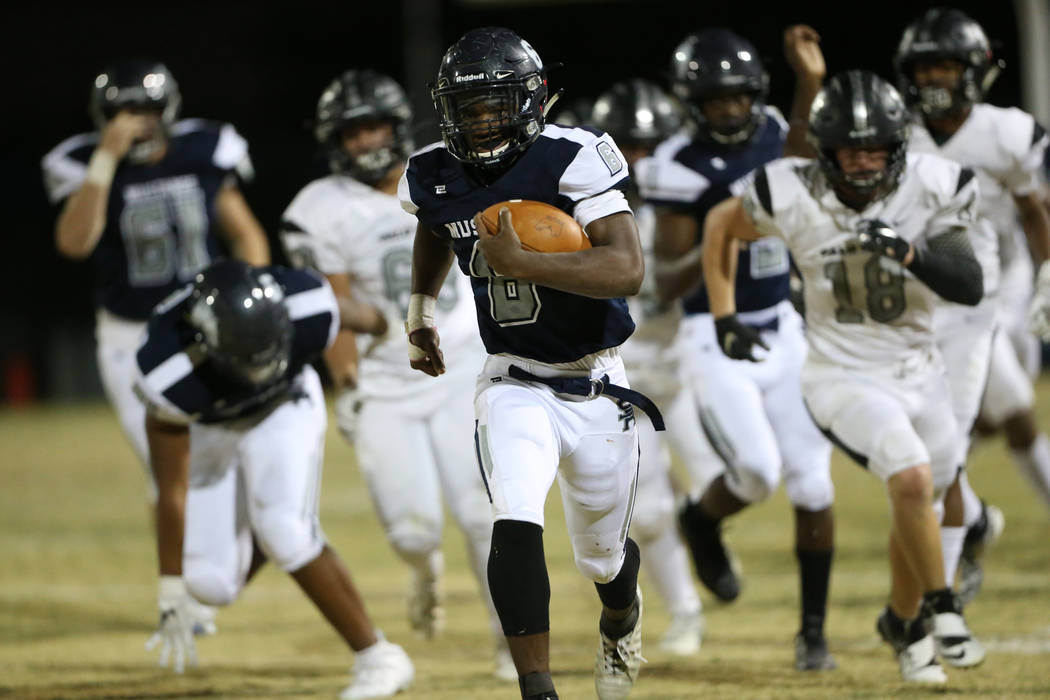 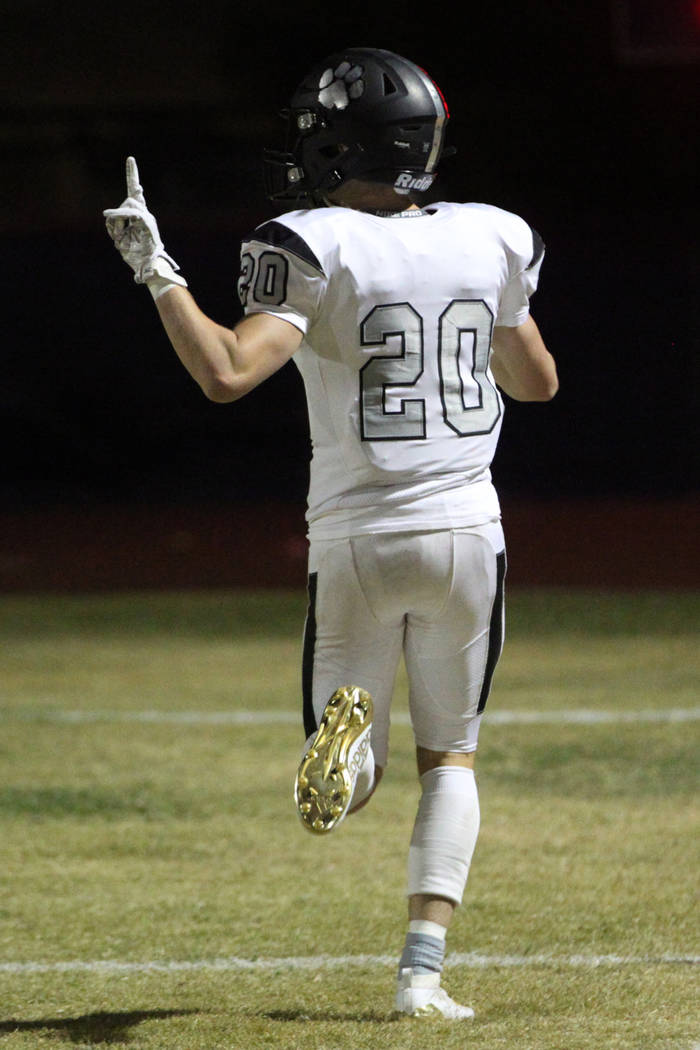 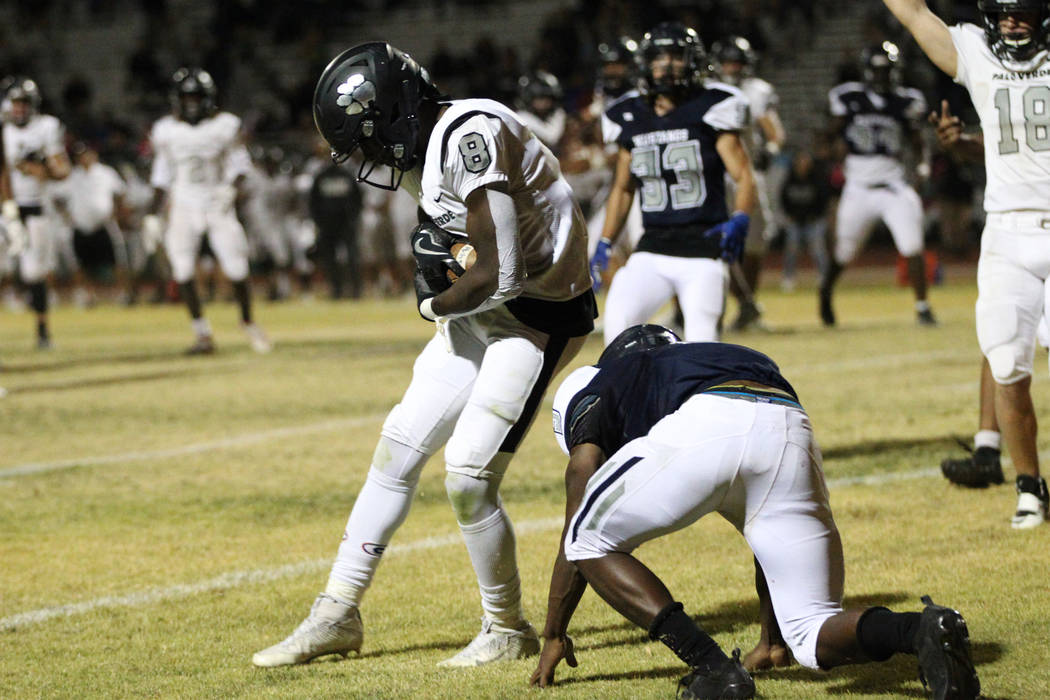 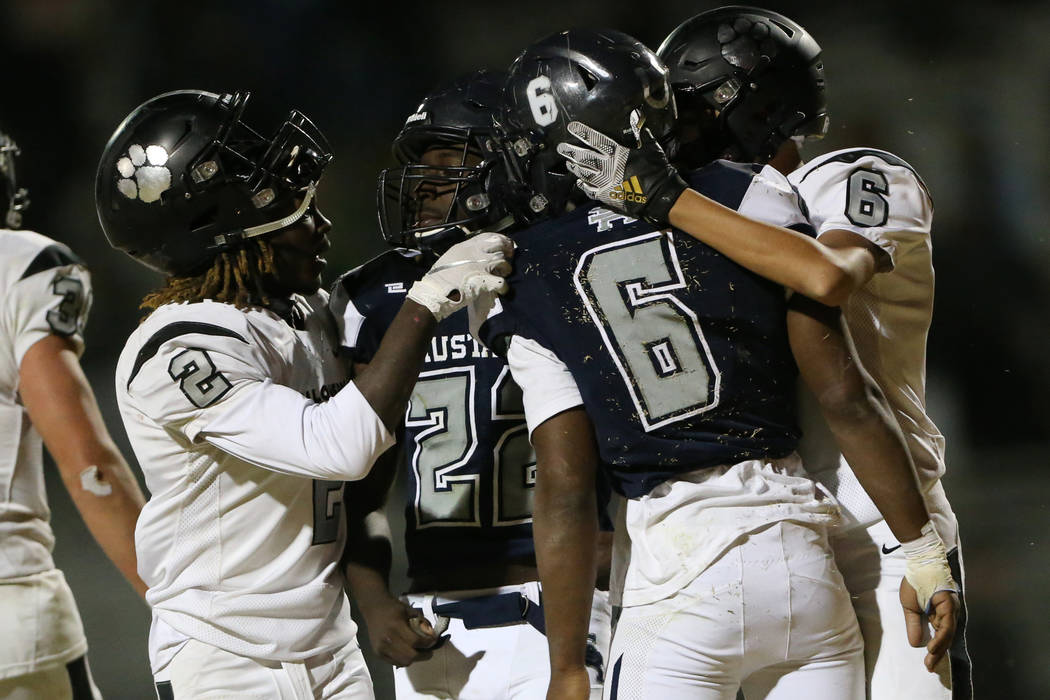 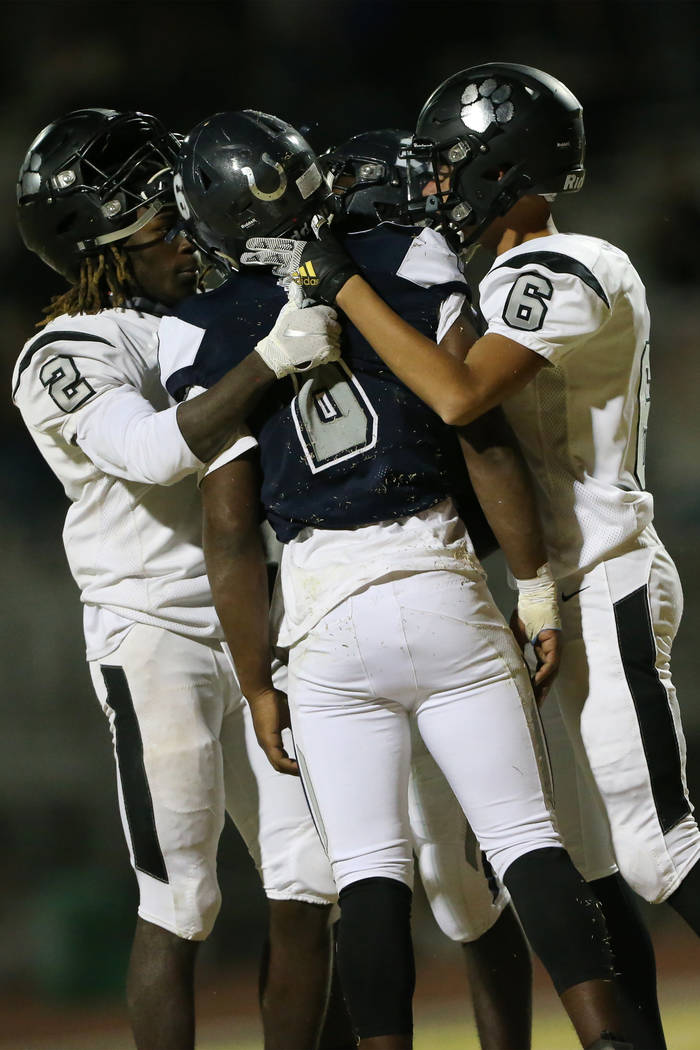 The Palo Verde Panthers didn’t need nine lives Friday at Shadow Ridge, but they came back from the edge of defeat more than once to pull out a wild 36-35 Northwest League victory over the Mustangs.

Quarterback Paul Myro IV tossed a 7-yard TD pass to Adrian Ellis to give the Panthers a 36-29 lead in overtime. Zach Moore added the extra point to make it a 7-point lead.

Shadow Ridge answered on its overtime possession, as quarterback Aiden Valenzuela ran up the middle for a 10-yard score on the Mustangs’ first play.

Then the Mustangs opted to go for two and the win. But after giving up 467 rushing yards in the game, the Palo Verde defensive front came up big when it mattered the most, stuffing the run play for no gain to preserve the one-point win.

“I’m just super proud of our guys who came up and made the stop,” Palo Verde coach Joe Aznarez said. “You get a second life and you have got to take advantage of it.”

Palo nearly didn’t get the chance to come up with that defensive stop.

On Palo Verde’s initial overtime possession, the Panthers lost five yards on three plays and opted to attempt a 32-yard field goal. However, the kick never got off the ground, and it appeared the Panthers would come away scoreless.

But Shadow Ridge was flagged for roughing the kicker to give Palo Verde new life. Two plays later, Myro found Ellis in the right side of the end zone to give the Panthers the winning score.

Shadow Ridge also nearly ended the game on the final play of regulation, when Myro ran a quarterback sweep from the Panthers’ 7-yard line and was nearly driven into the end zone for a safety. However, he was ruled down by forward progress just outside the end zone.

Myro finished 10-for-18 for 209 yards and four touchdowns, as the Panthers cranked up their passing attack in the second half.

“After we passed the ball a few times in the first half, we realized what they were doing, and we just saw some flaws in their defense and we just capitalized on those flaws,” Myro said.

Palo needed the air attack to match Shadow Ridge’s ground game, and the teams counterpunched throughout the game, with neither team leading by more than eight points.

Luca Mauriello hauled in two TD receptions in the third quarter for 8 and 62 yards for Palo Verde.

Shadow Ridge running back Marrio Macklin-Thomas rushed for 207 yards and a score on 24 carries. Aiden Valezuela rushed for 109 yards, including TD runs of 59 and 6 yards.