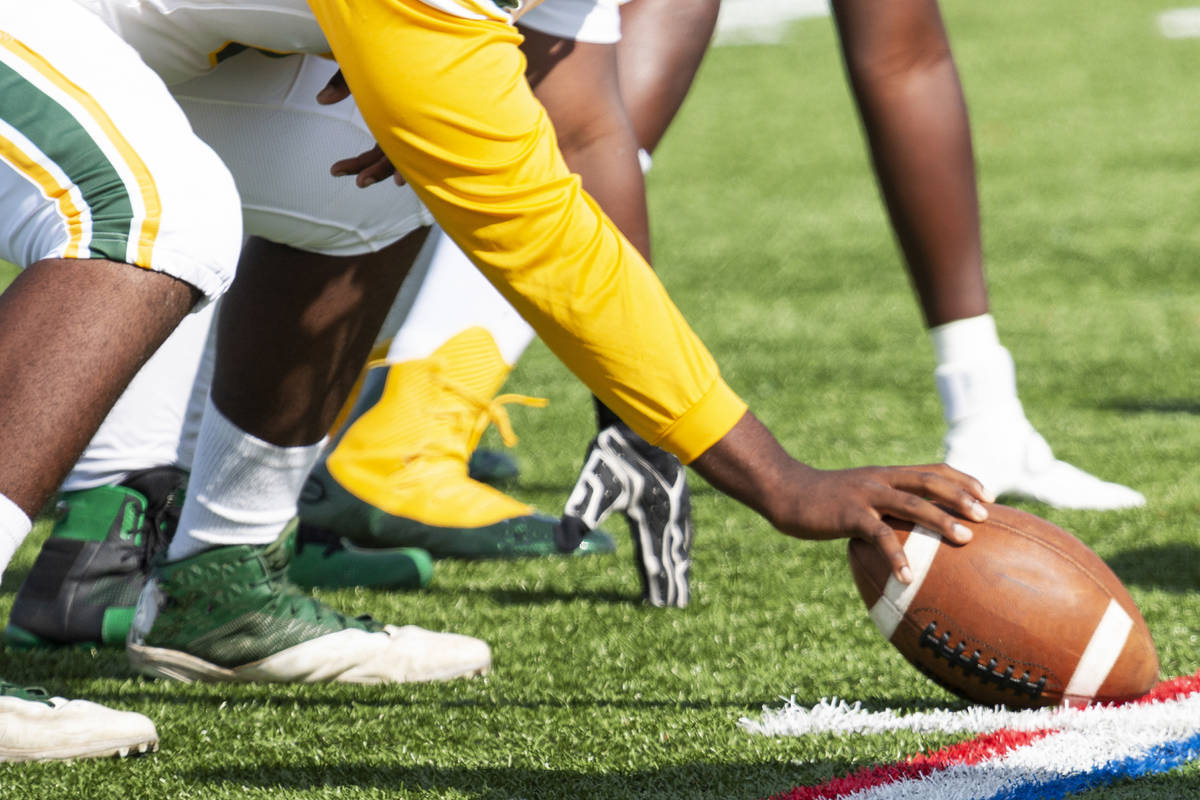 Matt Woods has no delusions of grandeur as his Virgin Valley football team prepares to take the field Friday night for the first time this spring.

The Bulldogs got a late start and are behind in preparations for the abbreviated season.

“We’ve had two weeks. That’s where we’re at,” Woods said. “It’s going to be interesting the first time out. Other teams have an advantage that they’ve had their first time out, and you improve more between the first and second game. But we don’t care. We’re just happy to be out there.”

Unlike most schools that are playing football this spring, Virgin Valley didn’t start the school year in a full in-person or hybrid learning model.

Virgin Valley’s plan to start a hybrid model was approved in February, and students returned to campus this month.

“It’s been over a year, and the players haven’t done anything,” Woods said. “They haven’t been in school, so they weren’t allowed to go to the gym. It’s been tough, just trying to get them in shape. Numberswise it isn’t great, but we’ve got enough to compete. That’s the plan, go out and compete every time.”

Because of the uncertainty about whether there would be a season, Virgin Valley’s numbers are down. Woods said the Bulldogs lost some players to schools in Utah, where football was played during the fall.

“We just barely got back to school last week, and most of our players have gotten jobs instead of going back to school,” quarterback Will Barnum said.

When Woods told his team in January there was a chance it would be allowed to play, Barnum took it upon himself to make sure the Bulldogs weren’t completely unprepared.

He arranged for them to get together at a local park once a week to work on plays and start getting their timing on passing routes.

Barnum is excited about getting a shot to be the team’s starting quarterback after two years playing wide receiver. That’s why he “took charge” and brought the Bulldogs together.

Virgin Valley hasn’t been on the field as long as the opponents it will face — Faith Lutheran, Pahrump Valley twice and Moapa Valley — but it isn’t using that as an excuse.

“As soon as we got out there for our first practice, we knew we’d have a long way to go to catch up,” senior offensive and defensive lineman Wyatt Hillius said. “But we’ve been putting in a lot of work, and I think we’ll be pretty good this year.”

Barnum said the goal is to have a “positive record,” and Hillius’ focus is on having fun.

Woods said the Bulldogs had reached a point in the program in which they expected to win every game. He wants to see that attitude this spring and use that as a springboard to the fall.

But no matter how the record turns out, they’re most excited about the April 2 Hammer Game against Moapa Valley. The Bulldogs beat the Pirates 28-19 in the 2019 regular-season finale, then defeated them again 42-20 in the playoffs.

“There’s so much buzz going on everywhere about that game,” Hillius said. “Winning that game would make up for a lot of what we’ve missed during our senior year, that’s for sure.” 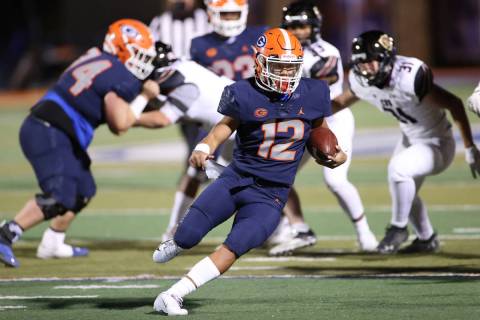 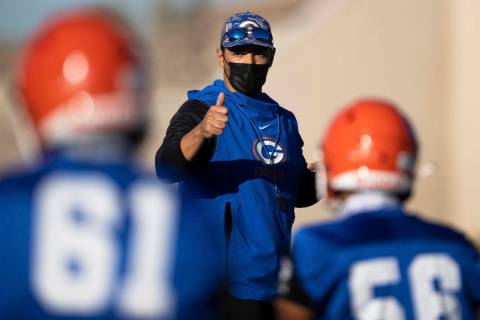