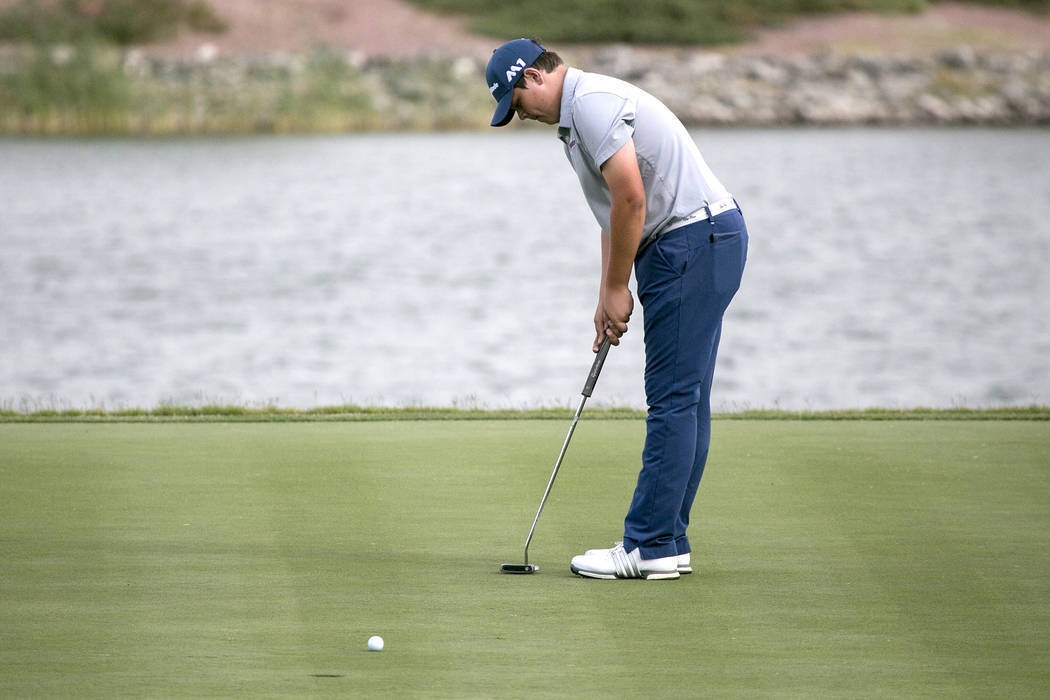 Dylan Fritz is one of five returning lettermen for the Cougars. Bridget Bennett/Las Vegas Review-Journal

Outlook: After finishing third in last year’s state tournament, the Cougars bring back a talented group of five lettermen, four of whom had averages better than 80 per 18 holes last year.

“We look to repeat as region champions and seriously compete for a state championship,” Joe Sawaia said.