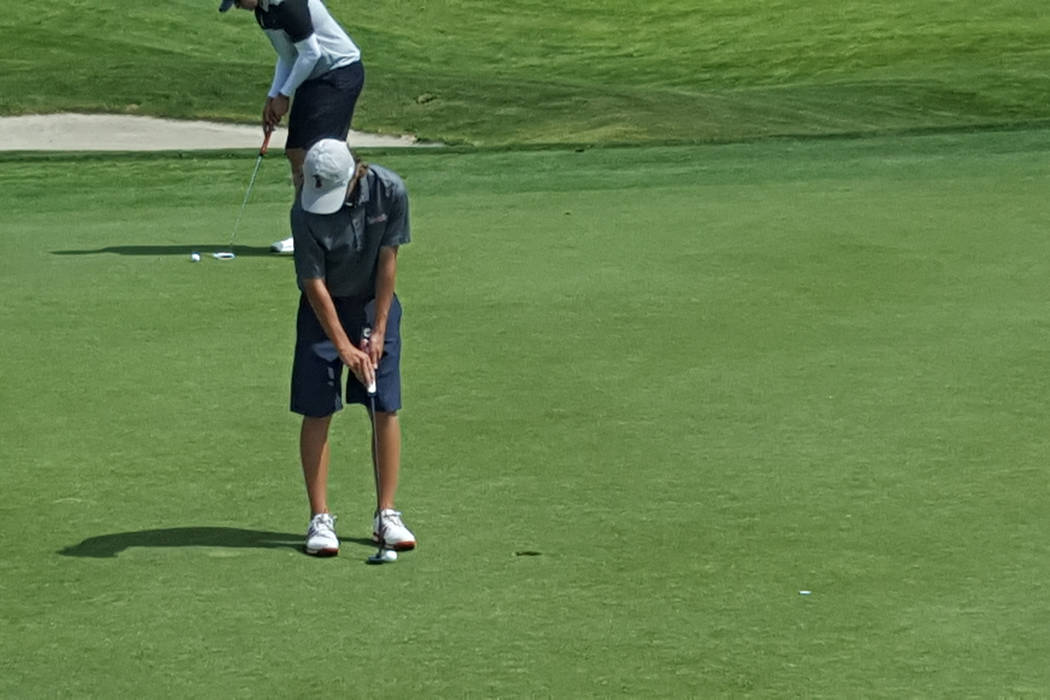 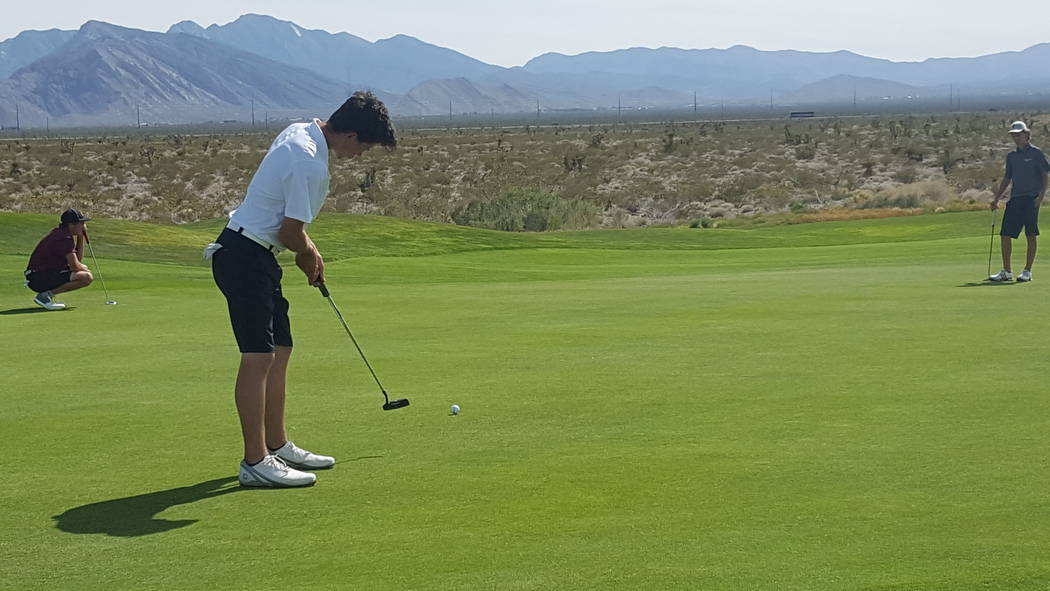 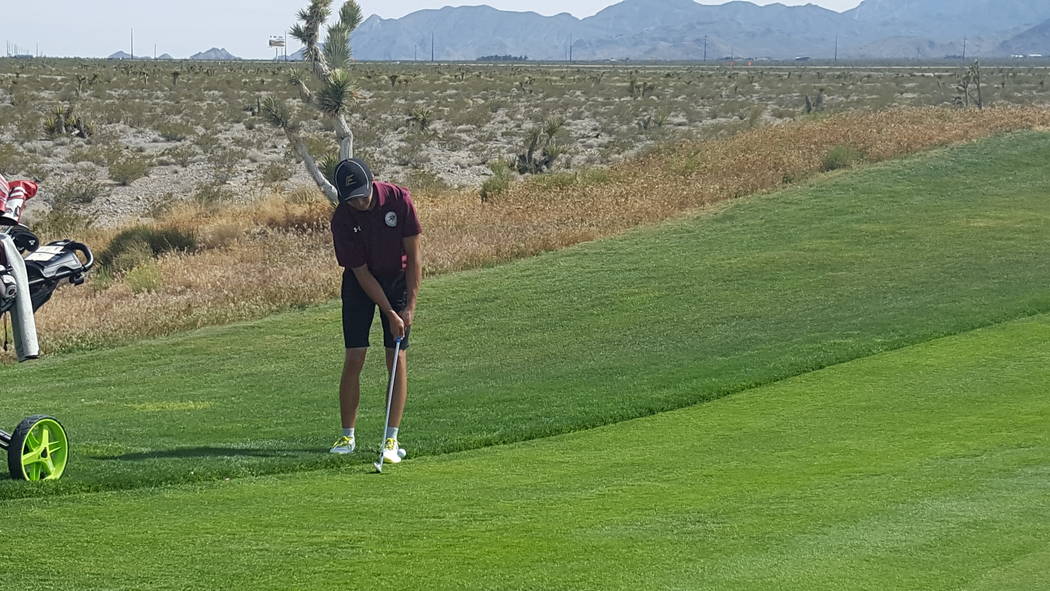 Coronado sophomore Brett Sodetz had distanced himself from the pack on Tuesday during the Sunrise Region tournament at Paiute Golf Resort, holding a four-shot lead over Eldorado’s Matthew Manganello with one hole to go.

The lead didn’t matter to him. He was simply focused on not bogeying the final hole.

Sodetz agreed he was more pleased about his six-foot putt for par on the 18th hole on the first day of the event than he was any other shot, despite shooting 7-under-par 65.

“It’s always good to finish on a high note, a bogey is not what you want of course,” Sodetz said. “I think if you make birdies it keeps you going, and if you make a mistake — like a bogey — you don’t have a good feeling going into the next shot. Making no bogeys, no mistakes is a good thing to have.”

That summarizes Sodetz’s impressive opening round, which included seven birdies and 11 pars.

“I just took it one shot at a time, just kept it going and just made sure to not make any big numbers again,” Sodetz said. “I pulled a little bit today, but I just forgot about those. They were still in play, and I just kept it going.”

Manganello finished the day at 69, while Coronado’s Benjamin Sawaia was the only other golfer to break par, finishing at 70.

Coronado’s Dylan Fritz shot 72, followed by Coronado’s Joey Dotta and Noah MacFawn, who are tied for fifth at 73.

Coronado will take a 32-shot lead into the final day, after the Cougars finished with an 8-under 280. Foothill is in second at 312, while Rancho is third with a 395.

Manganello was four shots off at the turn. He birdied the 10th and 11th holes to close within three after Sodetz also birdied the 11th. Both golfers hit par on the next two holes, then birdied the par-3, 14th before Manganello’s bogey on 15 put him four shots behind Sodetz. The Eldorado junior eagled the 16th, which Sodetz birdied after a beautiful chip shot on his third shot from the fringe left him one foot from the pin.

Manganello’s bogey on 17 once again found him four shots off the lead.

Newman finished the day with a 6-under 66, while Gambini and Salerno both shot 69 to stay within striking distance. Centennial’s Cole Thompson (71), Bishop Gorman’s Mitchell Abbott (73) and Desert Oasis’ Devin Heiman (73) round out the individual leaders.

Newman was in line to match Sodetz’s Sunrise Region-leading round, registering seven birdies and nine pars on the first 16 holes before giving back a stroke with a bogey on the 17th hole.

Jake Johnson carded a 6-under-par 66 at Bear’s Best on Thursday to earn medalist honors and lead Bishop Gorman to victory in a Southwest League match.