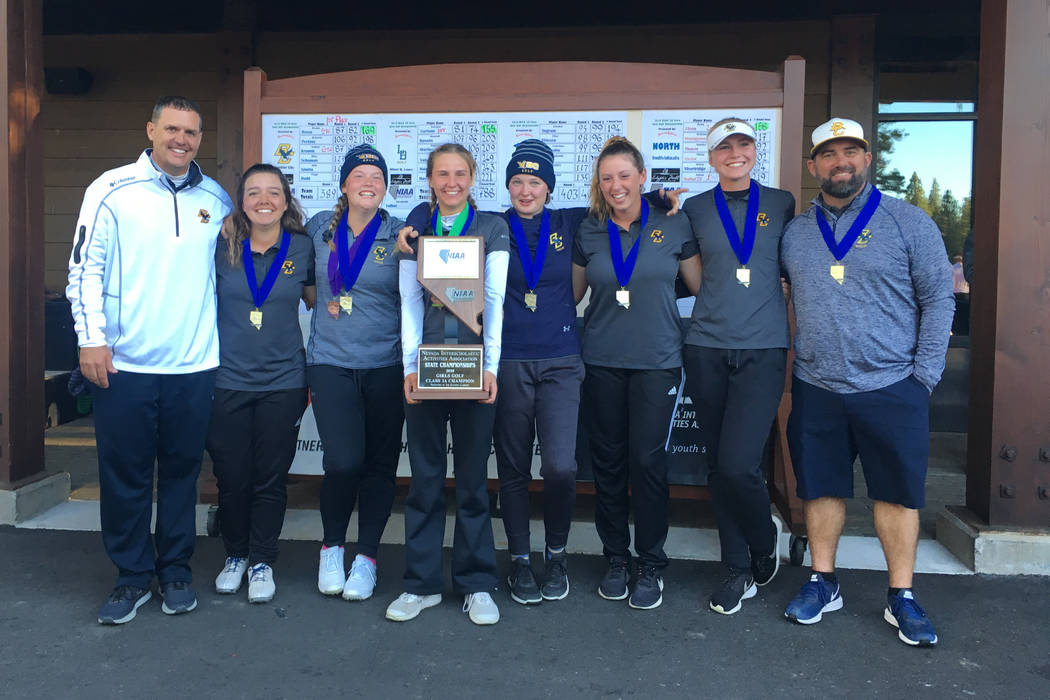 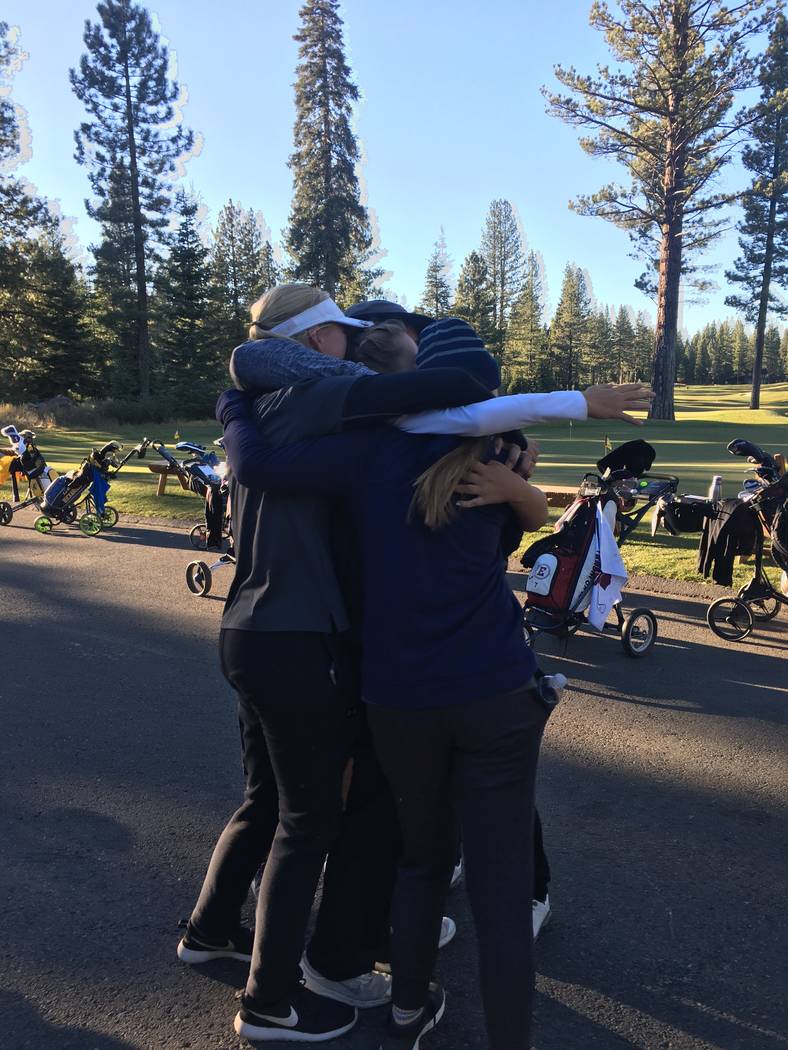 On Monday, Riley Shuman shot 55-over-par 127 on the first day of the Class 3A state girls golf tournament at Schaffer’s Mill in Truckee, California.

The Boulder City sophomore was so frustrated she broke a club. Tuesday, she improved her score by 31 strokes and helped the Eagles rally to win their second straight team championship with a score of 744, six better than second-place Pahrump Valley.

“Just staying focused and making the best swing I can make,” she said of her mindset. “Just my attitude toward golf in general.”

Ryann Reese was the top individual for the Eagles, finishing in fifth place with a 25-over-par 169 over the two-day event. Teammate Sydney Krumm was sixth at 172.

But perhaps most impressive was the rebound by Shuman. Makaela Perkins also was key in the second round, shaving 14 strokes off her first-round score to shoot 92 on Tuesday.

“To see them come back from yesterday is incredible,” Boulder City golf coach Andy Schaper said. “There’s so much nerves it’s hard to overcome. They struggled with that Day 1. They finally got themselves to do what they can do.”

Pahrump’s Breanne Nygaard, who started the day with a one-stroke lead, was the top local finisher, carding an 81 Tuesday to finish third with a 161. Western’s Carolyn Lemon was fourth at 167.

Lowry’s Tatyana Carlson won the tournament by shooting 155. Ryan Flynn of Truckee was second at 158.

But Boulder City was the story after trailing Pahrump by 14 strokes entering the day.

“So proud of all the girls on the team. They showed a ton of heart and fight,” Schaper said. “They stuck to the plan, each one of their individual plans and what they can do on the golf course.”