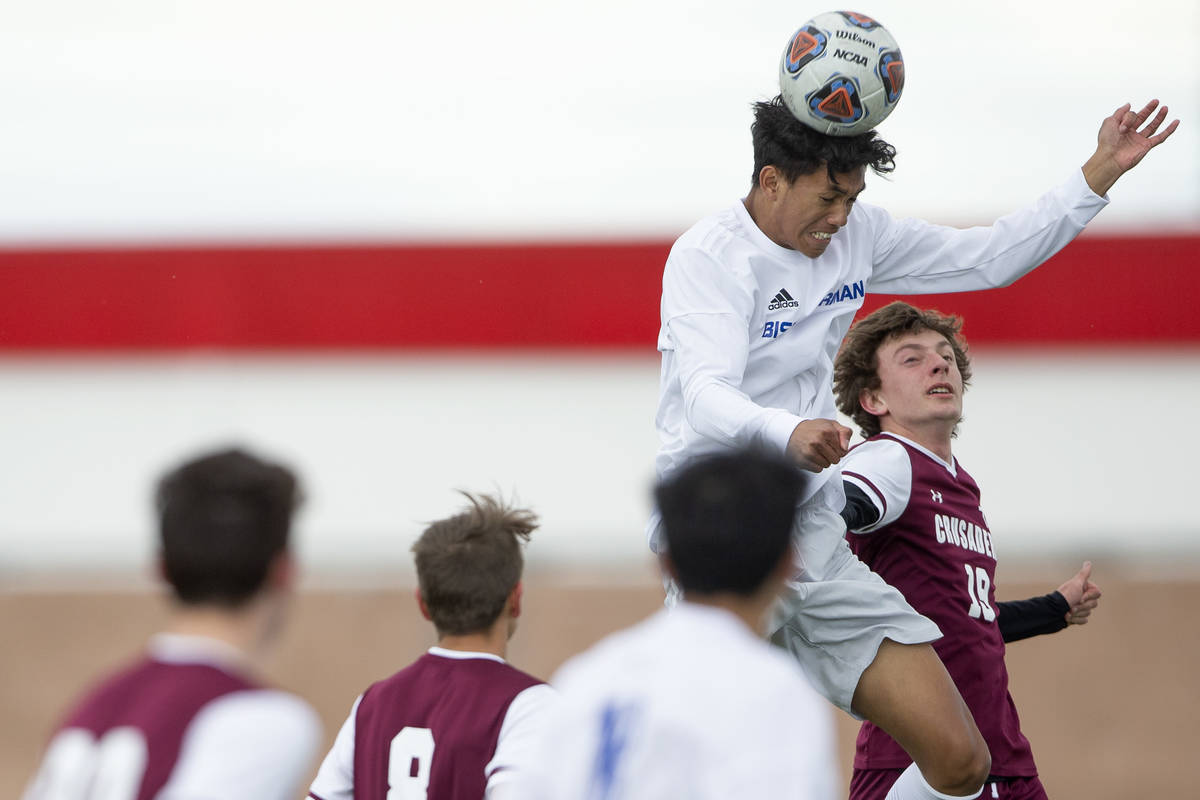 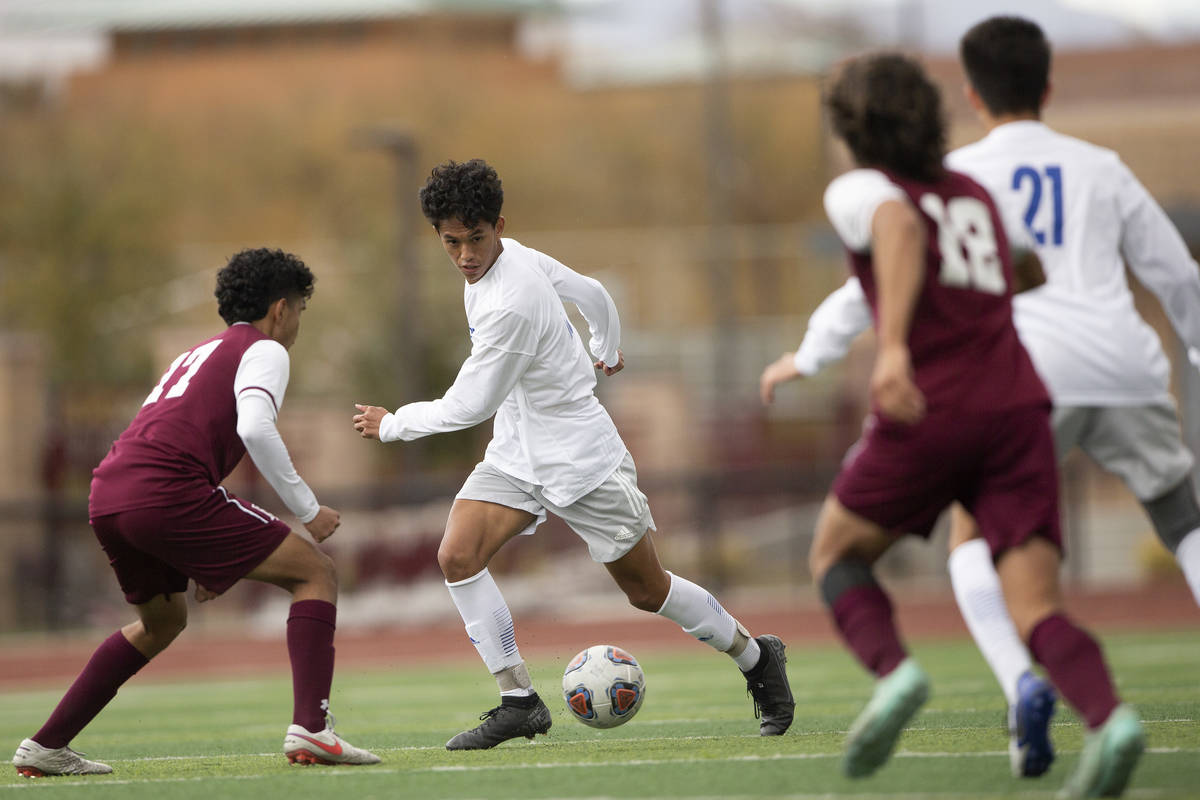 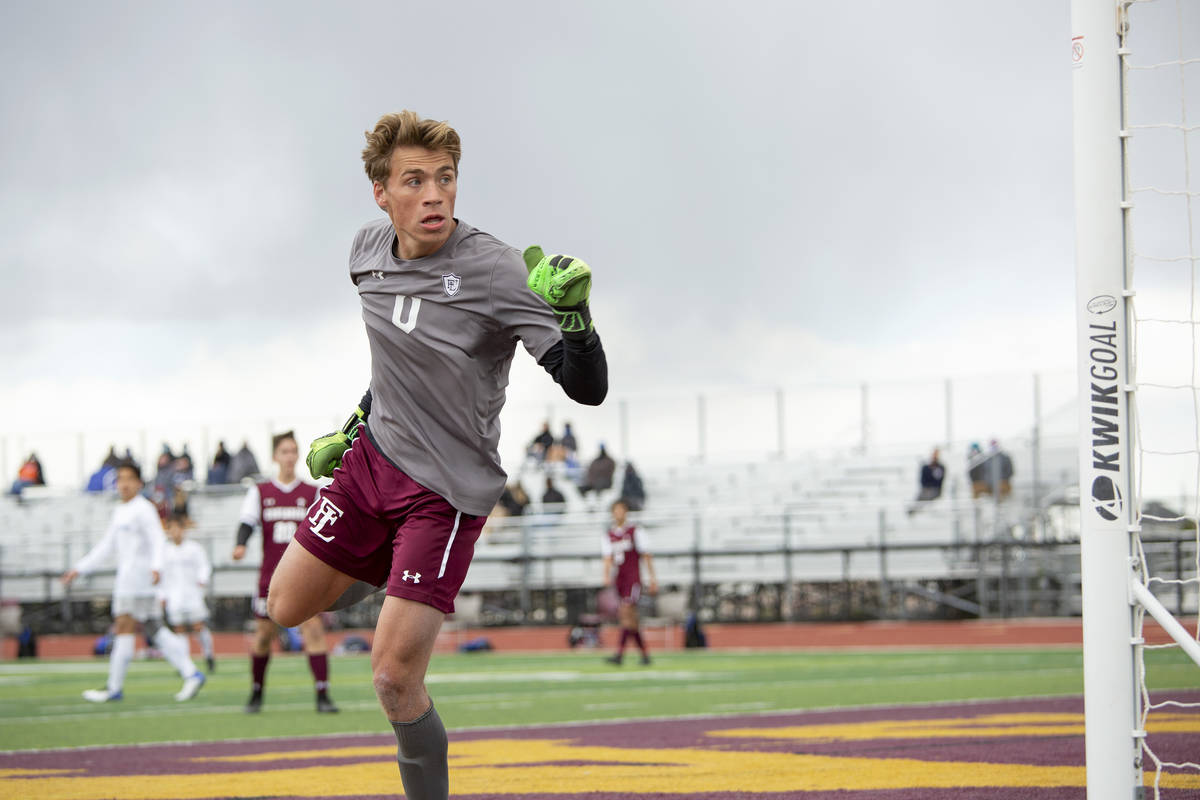 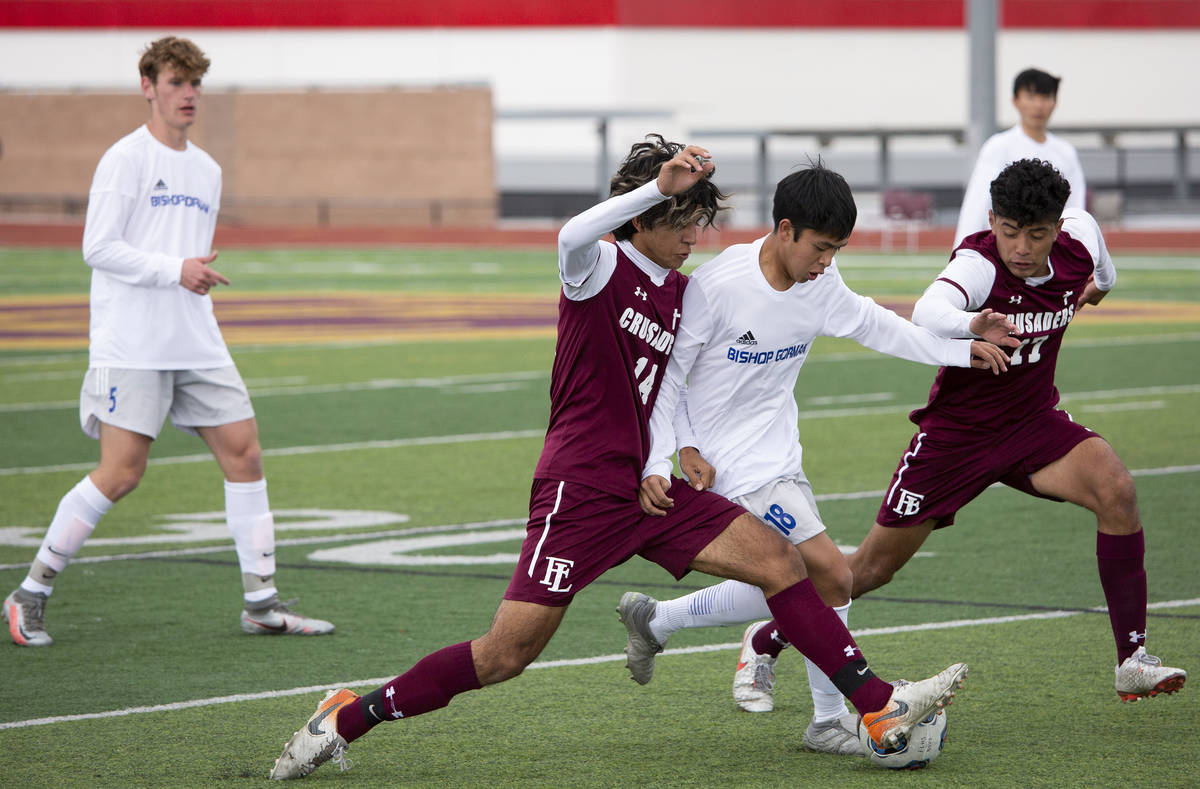 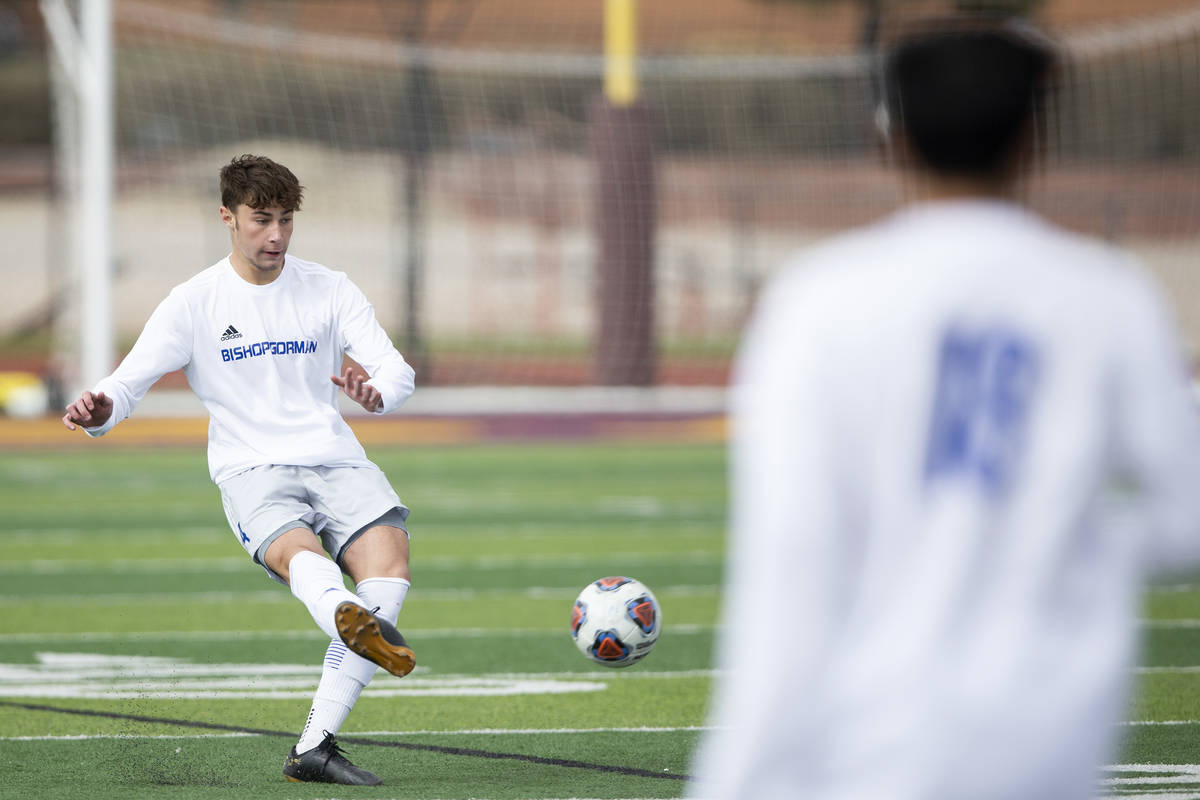 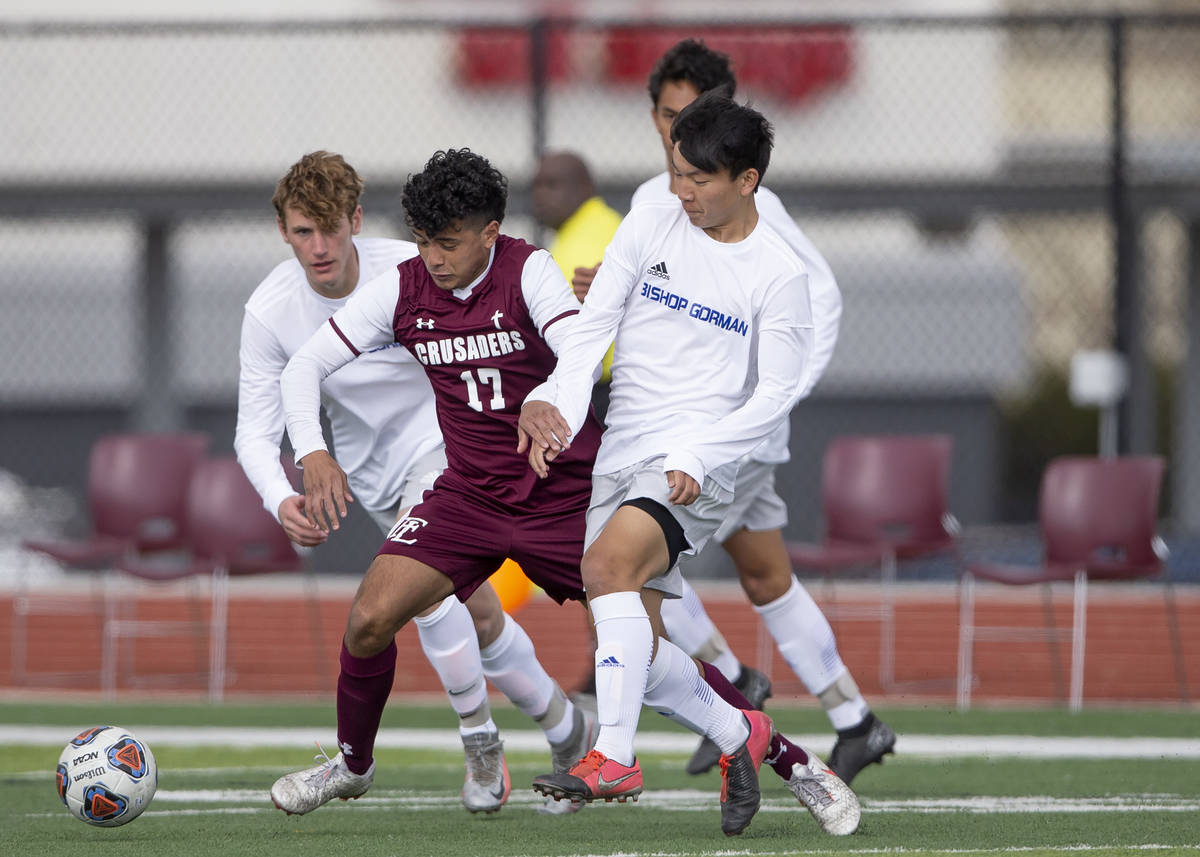 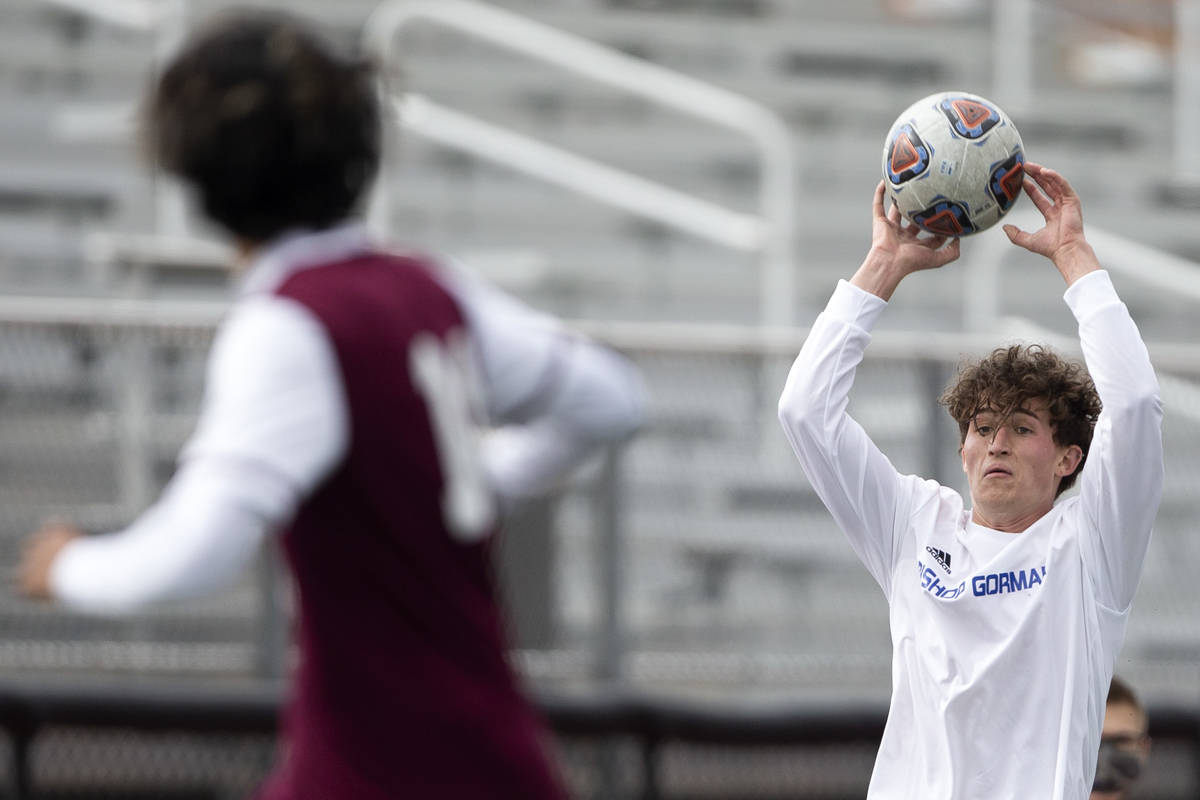 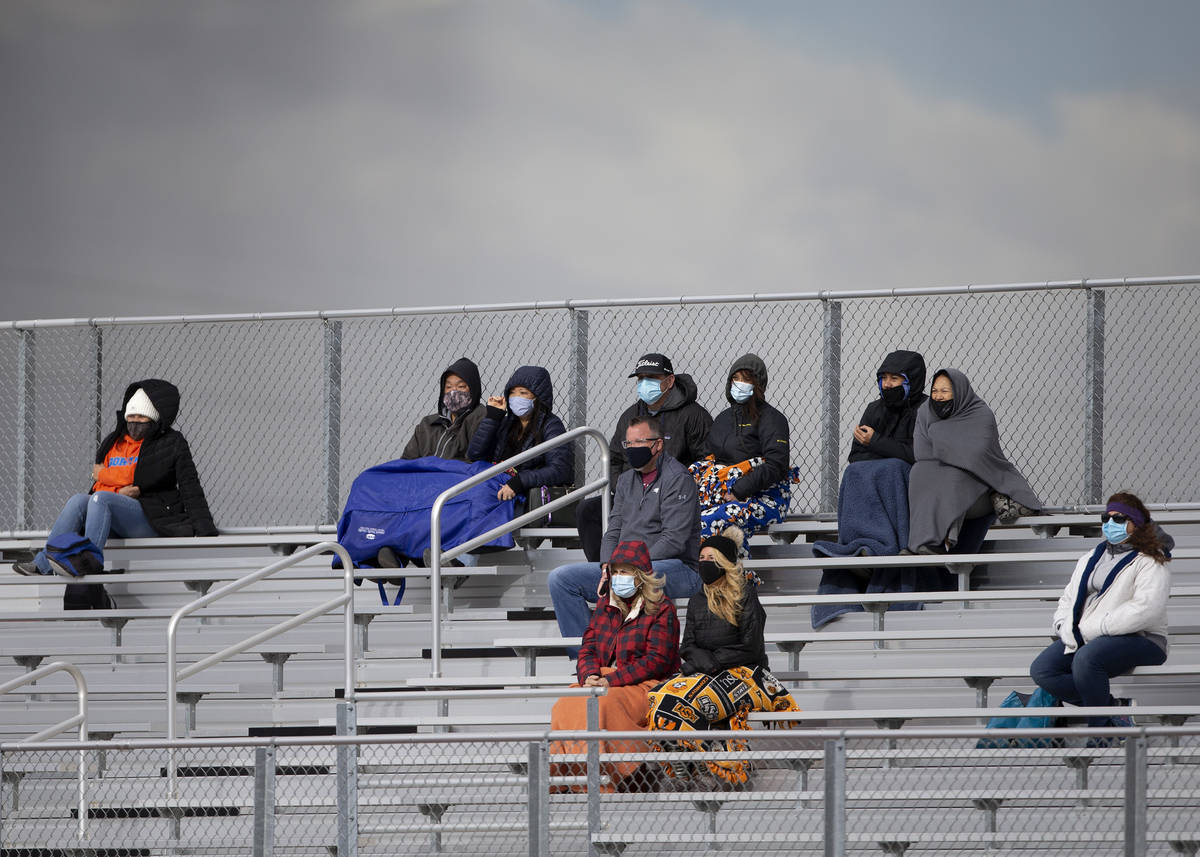 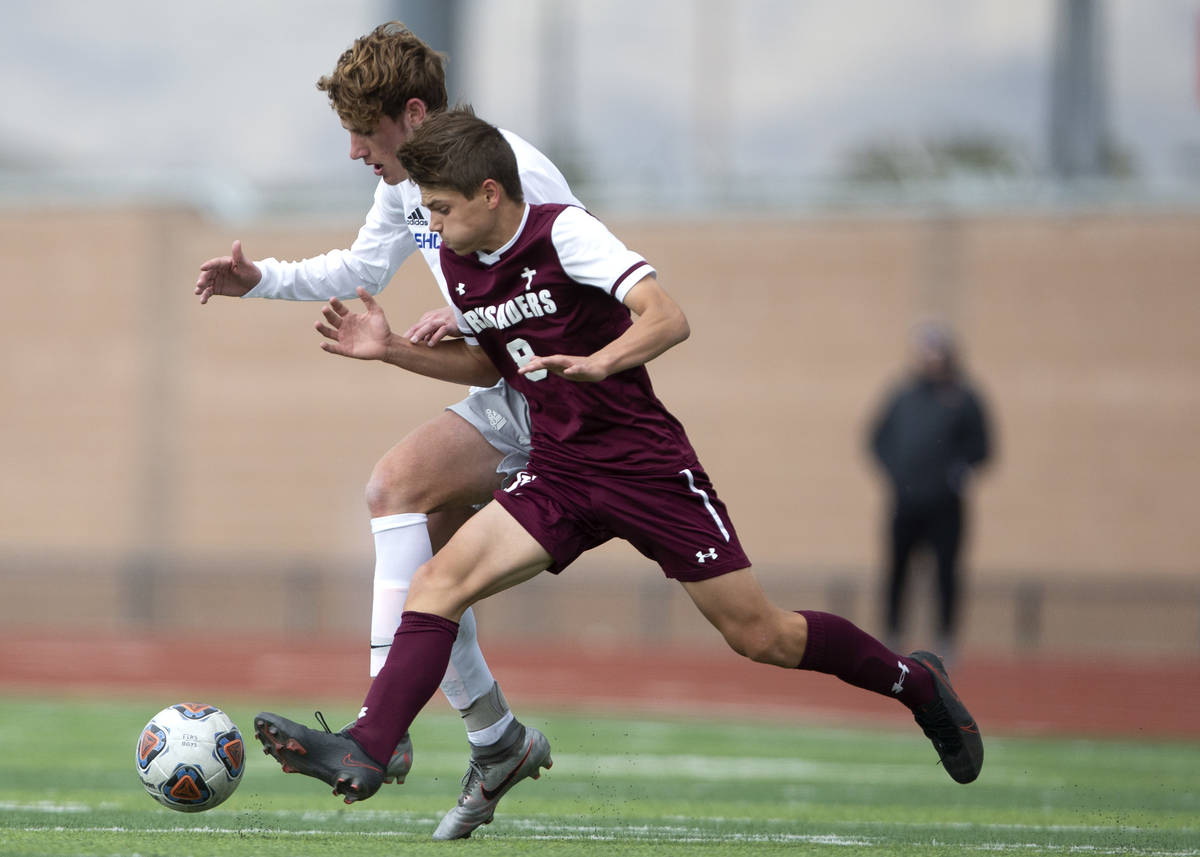 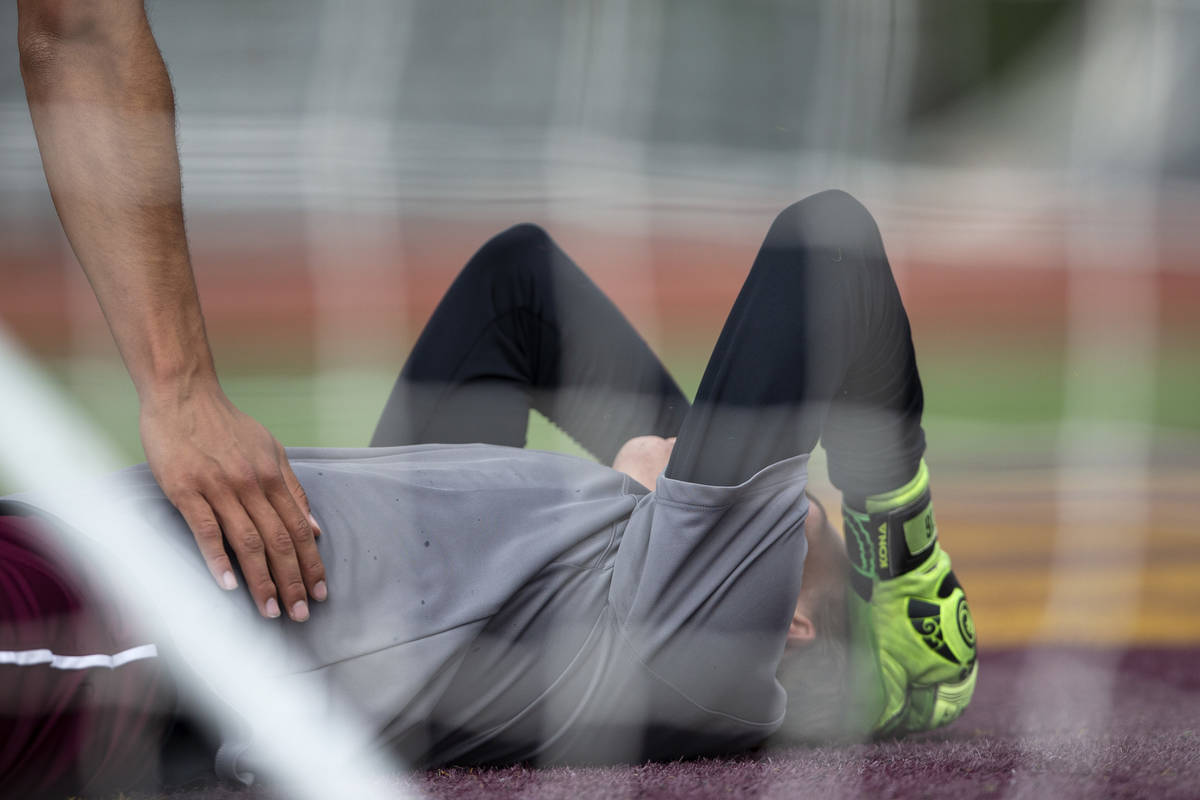 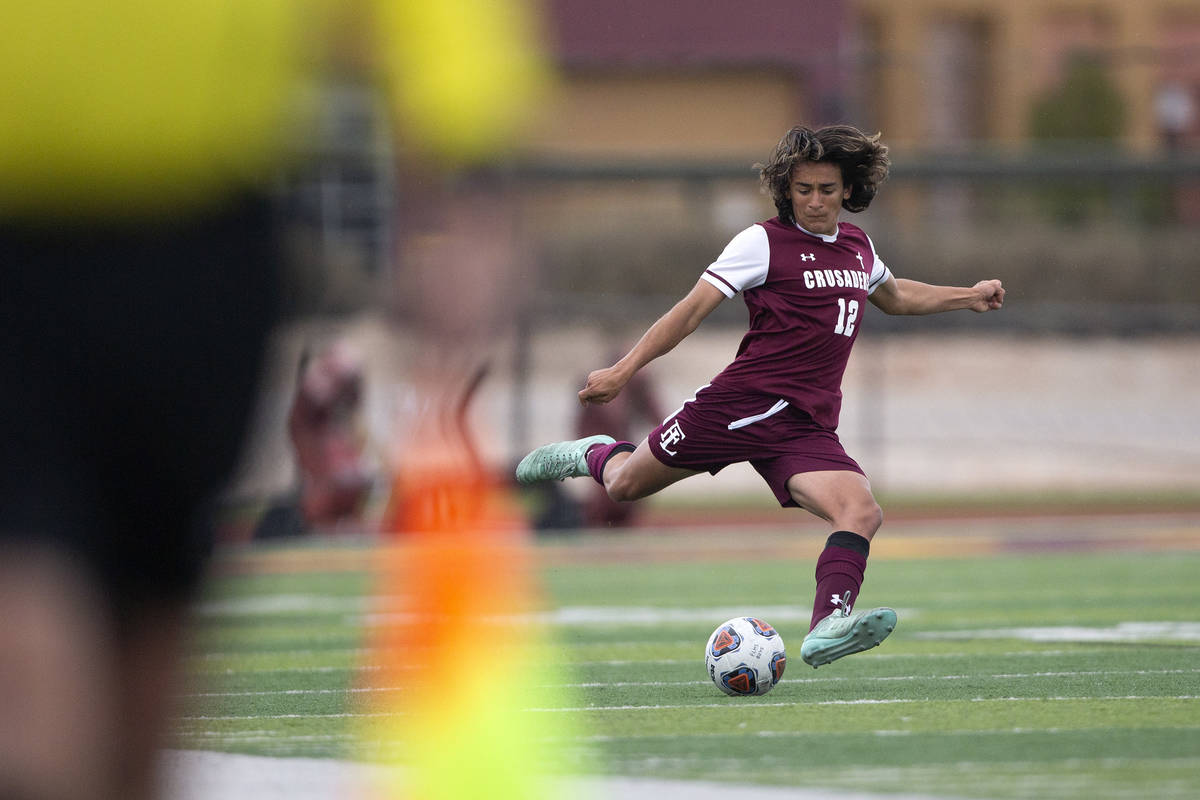 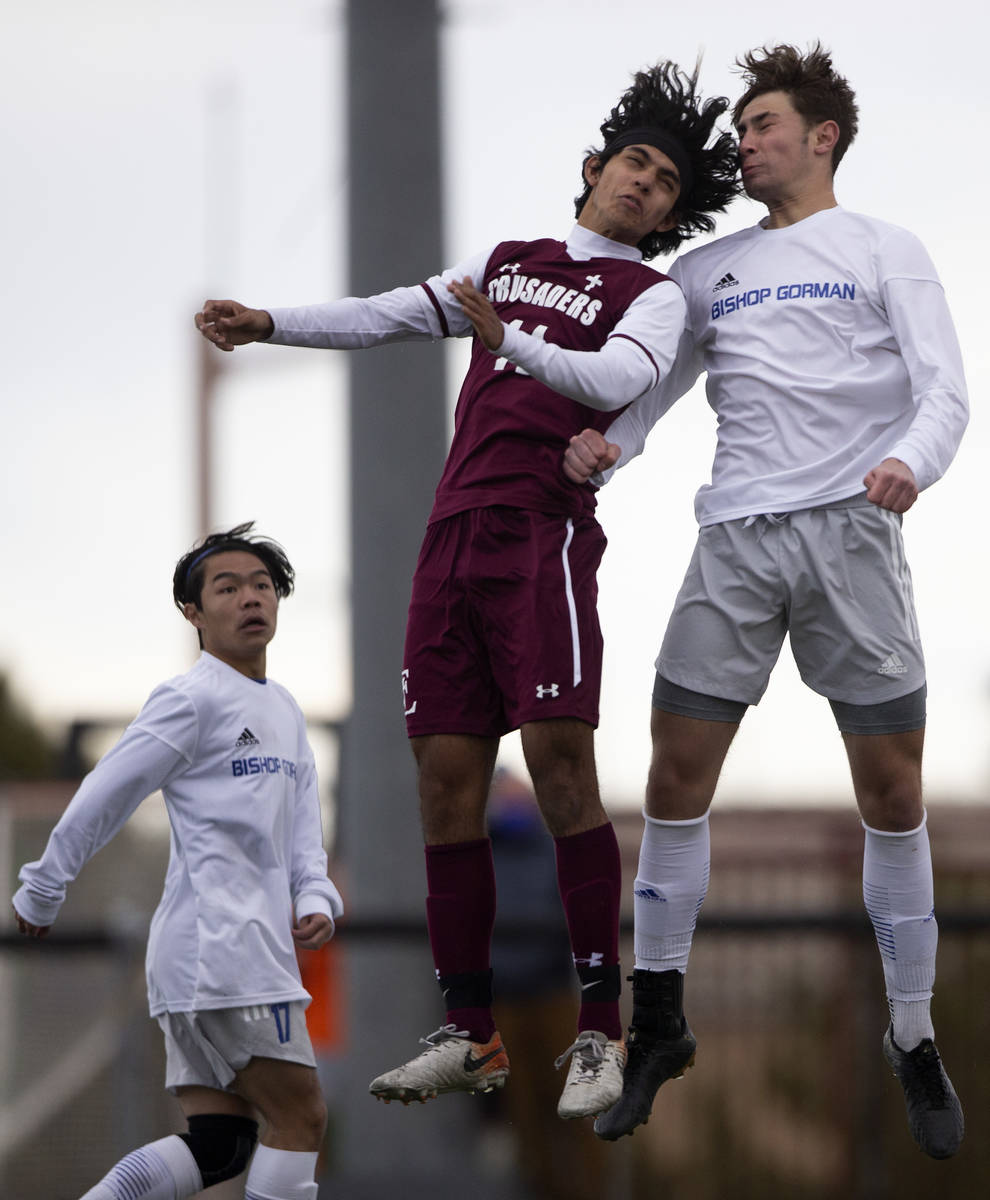 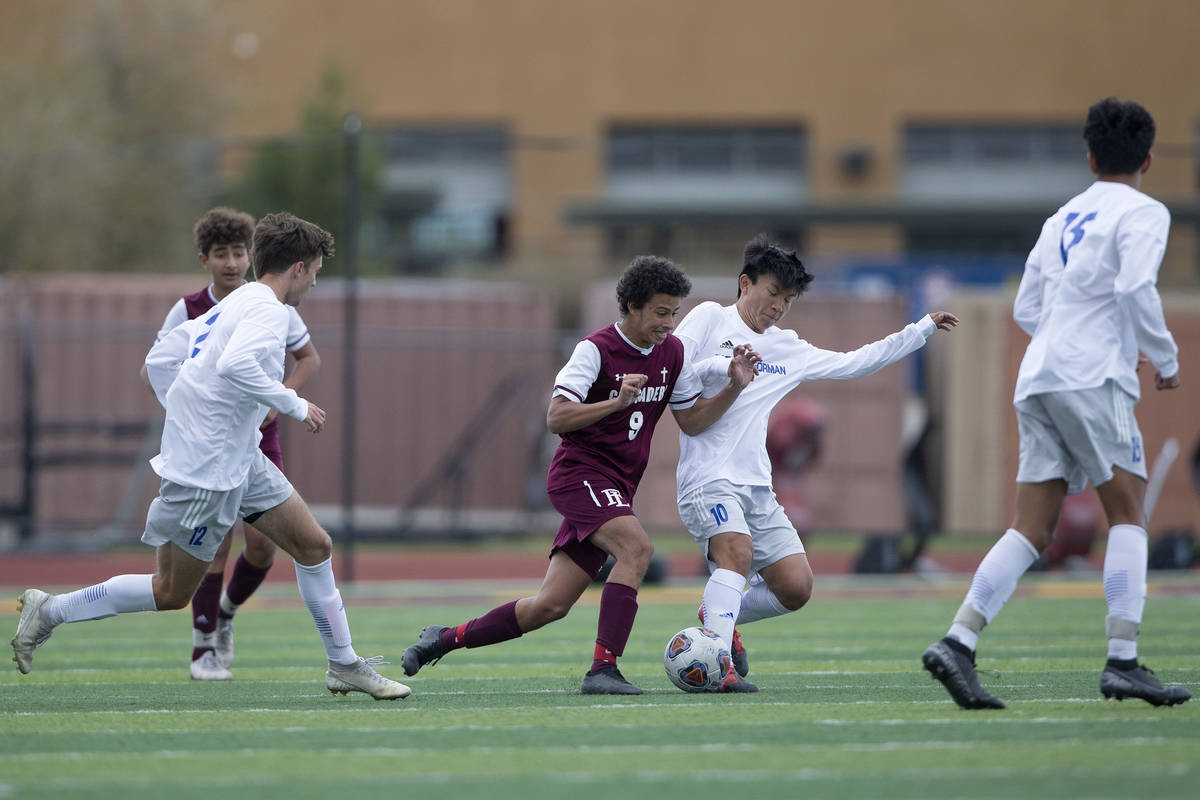 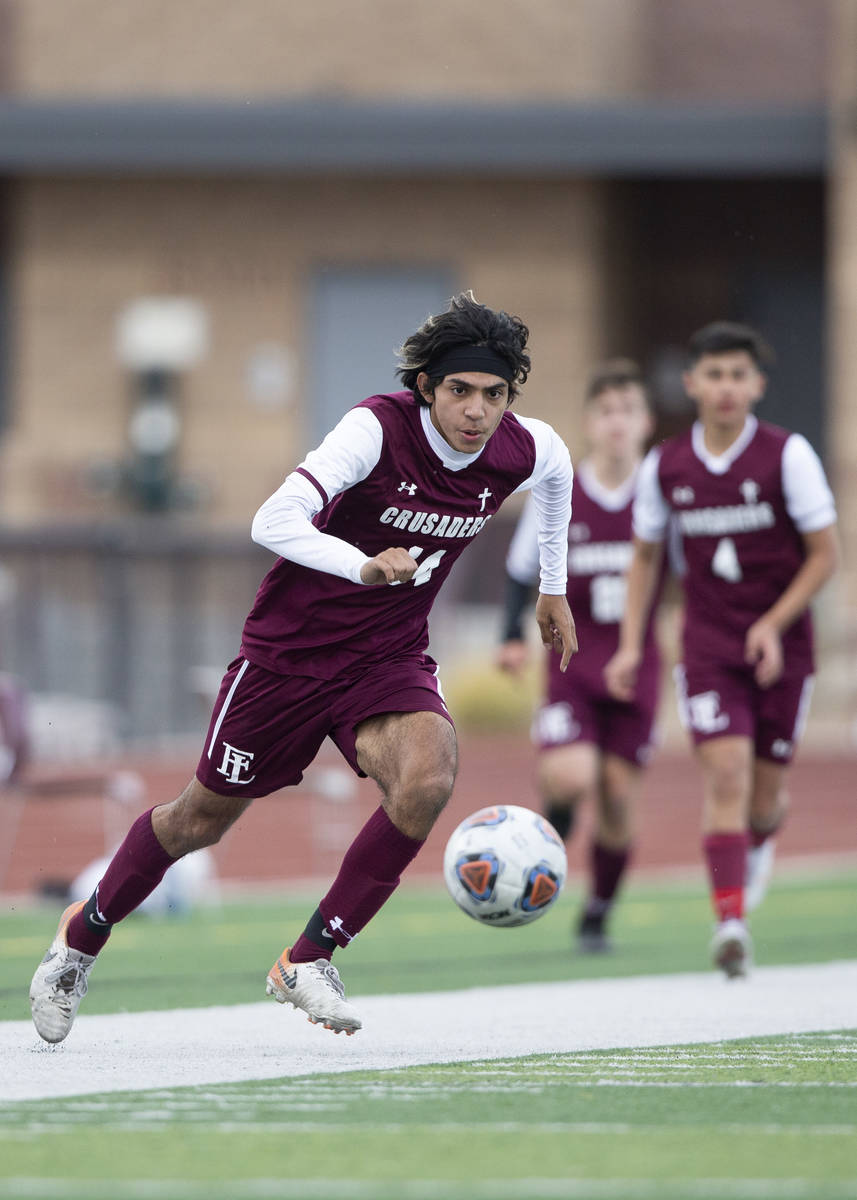 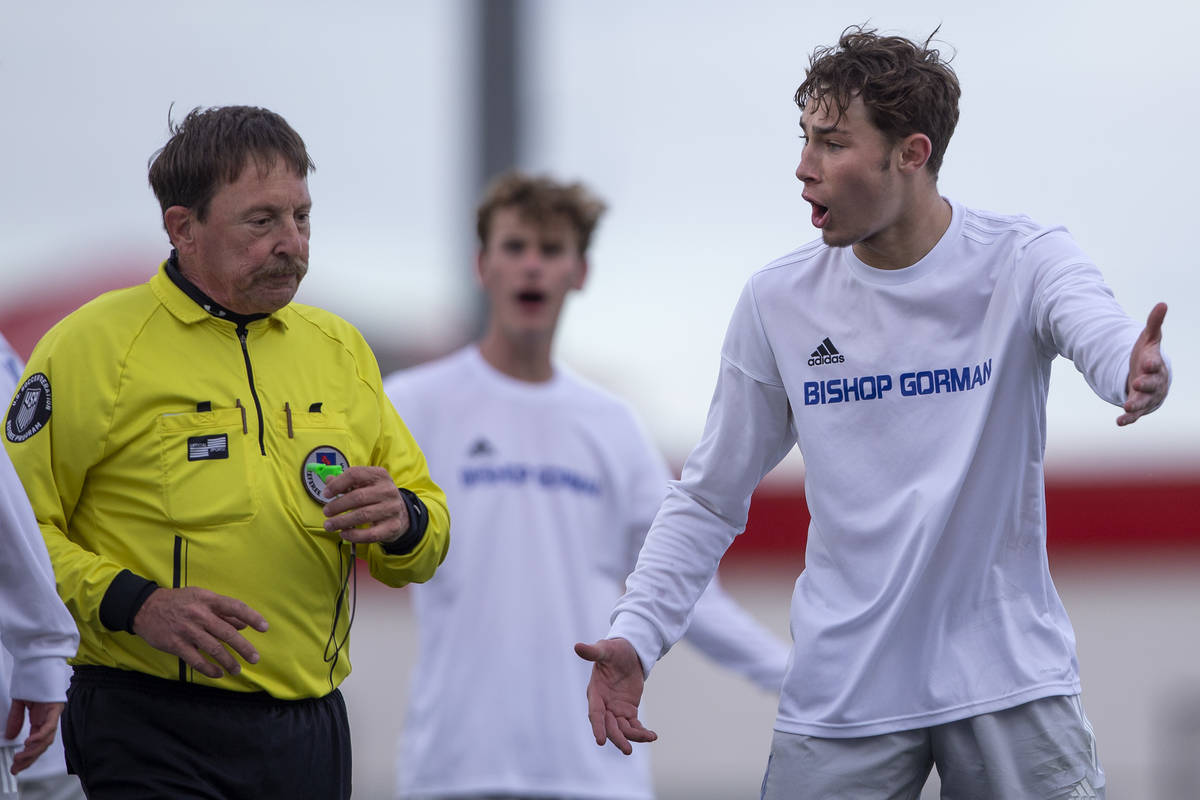 Bishop Gorman came out of the first half of Tuesday’s boys soccer game with mixed emotions.

The Gaels had the lead on George Charles’ goal with 4:28 left before halftime, but they had also missed a bevy of opportunities that could have blown the game wide open and Faith Lutheran had the wind at its back in the second half.

But Gorman negated the wind advantage by keeping the ball on the ground and playing a possession-based game that limited Faith Lutheran’s offense. That allowed the goal to stand up in a 1-0 win at Faith Lutheran.

It was the second meeting between the teams. They tied 2-2 on March 4 at Gorman, the season opener for both teams.

“I was expecting more pressure from them in the second half,” Gorman coach Kyle McKenna said. “The boys did a fantastic job of keeping possession, knowing when to force it and when to pull it back and recircle it.”

The Gaels (4-0-1) applied pressure from the start, with quality opportunities throughout the first half.

Gorman had several shots from inside or just outside the 18-yard box, and only the brilliance of Faith Lutheran goalkeeper Landon Amick, who ended up horizontal on several saves, and some bad luck kept the game scoreless.

The Gaels sailed some shots just over the crossbar, Faith Lutheran defender Alex Estay made a heads-up play to save a goal when Gorman’s ball movement had taken Amick out of the play, and Matthew Markham hit the post twice on shots from just outside the box that looked almost like carbon copies of each other.

“I thought we could have gotten more,” McKenna said. “We left some out there, and their keeper made some really great saves. It hurts not taking advantage of those chances. If we had tucked a couple in during the first half, it would have made it easier in the second half.”

Gorman finally broke through when Charles’ shot from about 20 yards knuckled right at Amick, who had the ball go off his hands and into the goal.

Despite the wind in its face, Gorman generated more opportunities in the second half, but Amick was up to the challenge.

The Crusaders (4-1-1) had a counterattack that ended with Ari Servant letting a shot go from the top of the 18-yard box that sailed just wide of the net with about six minutes left. That was their last true challenge, and Gorman goalkeeper Diesel Fiore notched the shutout.

Faith Lutheran was playing somewhat short-handed, but coach Cameron Merrill didn’t use that as an excuse.

“It’s tough when you’re missing players,” Merrill said. “It changes the lineup and the dynamic, but that’s how the game goes.”