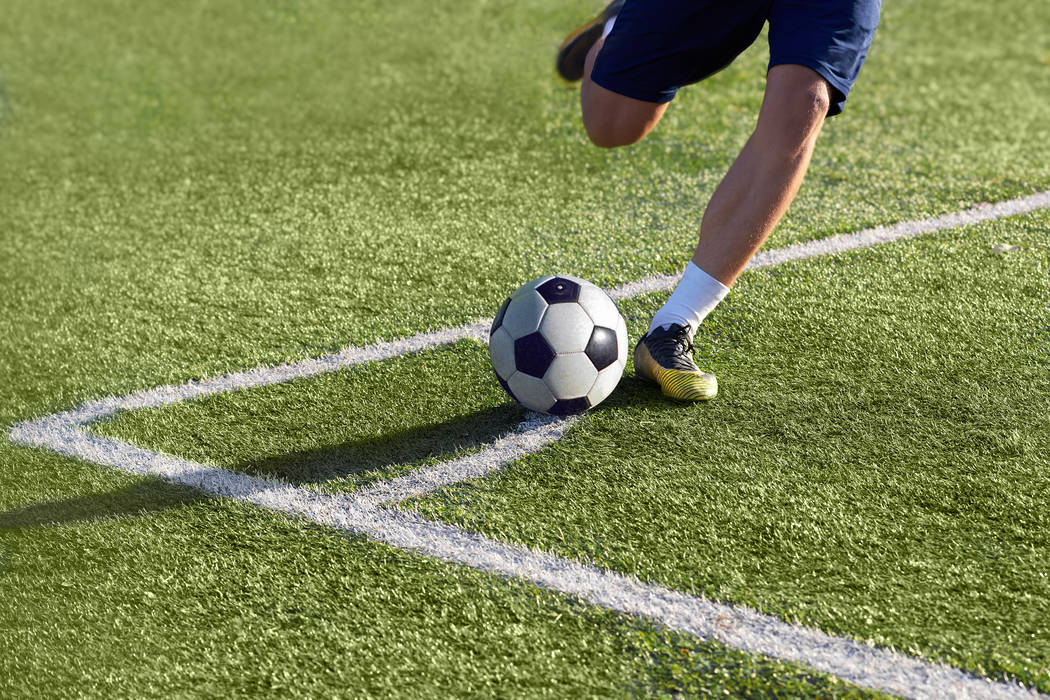 The Western boys soccer coach had reason to try after his Warriors dominated Mojave in a 4-0 Class 3A Southern Region semifinal victory at Bettye Wilson Soccer Complex on Thursday.

Instead, a different emotion came to the front.

“It’s more like a relief,” Pippin said. “You want it to be joy. But winning is definitely more relief.”

The relief stemmed from expectations that have followed this Warriors team all season.

Western has a chance to be just that.

The Warriors took a big step with its victory on Thursday, a win that earned Western a trip to the state tournament, which begins next Friday. First, though, Western (17-3-3) will face Sunrise Mountain (18-1-1) for the region championship at noon on Saturday.

The Warriors got there by shutting down Mojave (12-6) defensively in front of goal keeper Francisco Corona, who earned the shutout.

Meanwhile, Juan Estrada was busy on the offensive end. The senior forward scored twice in the first 15 minutes to stake the Warriors to a 2-0 lead.

Estrada got his first coming across the middle, taking a pass from Arturo Carrasco and burying it in the back of the net. Just about six minutes later, Brayan Gonzalez dribbled the ball to the goal line down the left side. He found space to turn and deliver a low crossing pass that Estrada turned into another goal.

“It just settles the nerves,” Estrada said. “We’ve gotta get those two early goals to get everybody’s confidence up.”

Two minutes into the second half, Adrian Vazquez finished after a long run up the side from Bryan Jimenez, who delivered a nice cross for a 3-0 lead.

Elizondro Zaragoza finished off the scoring with less than five minutes to play with a nifty one-on-one move that got him free in the middle from 20 yards out.

“Even with the early goals, you know that one mess up, one error, and it can be a game again,” Pippin said. “I thought our defense played really well today. And it’s a mindset thing.”

Sunrise Mountain 5, Valley 0 — The Miners got first-half goals from Luis Luna and Jonzo Jimenez-Vasquez and cruised to the victory over the Vikings in the other semifinal.

Jimenez-Vasquez finished with two goals and two assists, and Luna had a goal and an assist for Sunrise Mountain. Angel Arreola added two goals for the Miners.

Cristian Morales and Enrique Perez combined on the shutout for Sunrise Moutnain.