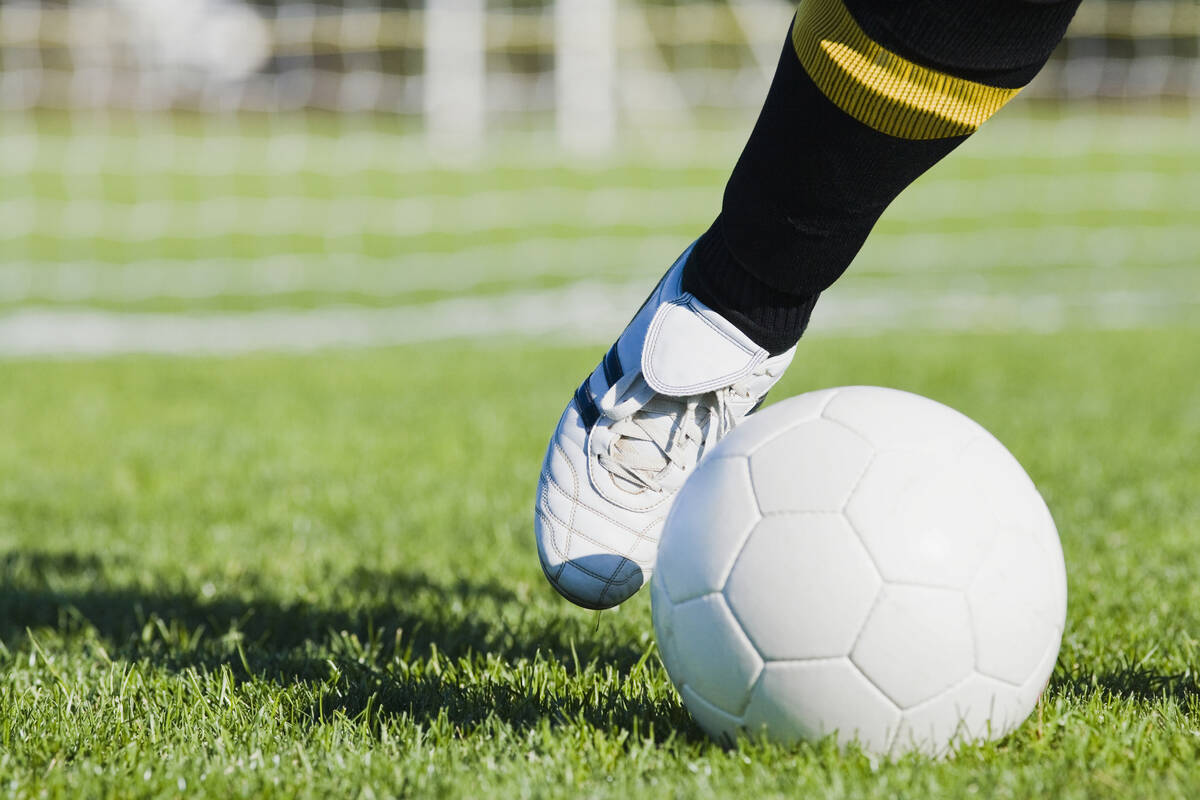 Coronado’s girls soccer teams had two chances in the regular season to prove it had the upper hand on Faith Lutheran.

Both of those games ended in 1-1 ties, but the top-seeded Cougars took advantage of a third try in Saturday’s Class 5A Southern Region championship game with a 2-0 win over the No. 2 Crusaders at Bettye Wilson Park.

Faith Lutheran beat Coronado 1-0 in the 2019 state championship game, but the Cougars look like the team to beat heading into next week’s state tournament.

Coronado will face Galena at 2 p.m. Friday, with Faith Lutheran to follow at 4 p.m. against McQueen. Both games will be played at Spanish Springs High in Sparks.

“It’s good momentum going into state, but we know where the focus needs to be,” Coronado coach Dana Neel said. “This is a region title, and that’s important to us, but at the same time, a state title is what we’re seeking. This is a big step and gives us a big team morale boost.”

Alexis Pashales scored a header off a corner kick in the first half for the Coronado girls (18-1-2), while Trinity Buchanan added the clincher late in the second by putting in a rebound after her initial shot was blocked. Both goals came off of assists from Milan Cordone, and Megan Kingman earned the shutout in goal.

Palo Verde got down 1-0 early but answered right back and roared to a 3-1 halftime lead before the teams traded goals in the second half.

Yuval Cohen had two goals and one assist for Palo Verde (20-2-1), which also received one goal and one assist from Matthew Vogel. Sheridan Rodrigues had one goal, and Elad Cohen had one assist. Chase Ciobanu scored both goals for Coronado (12-2-3) on penalty kicks.

“Staying together as a team in a game like that (was the key),” Palo Verde coach Scott Hunt said. “You go down a goal and come back strong and get one right away, that was huge to switch that momentum. These guys have been a team the whole year. They’re always working hard and striving for each other.”

Palo Verde will meet Reed at 10 a.m. Friday, with Coronado to face Hug at noon. Both games will be at Spanish Springs High.

Cimarron-Memorial 6, Rancho 0 — The top-seeded Spartans cruised into the state semifinals with an easy win over No. 8 Rancho. The Spartans (17-1-1) will meet Legacy at 2 p.m. Friday at Foothill. Rancho finishes 9-6-4.

Bonanza 4, Eldorado 0 — The second-seeded Bengals ran past the No. 7 Sundevils and into the state semifinals. The Bengals (15-1) will meet Silverado at 4 p.m. Friday at Foothill. Eldorado finishes 8-7-3.

SLAM Nevada 4, Equipo Academy 1 — Kellin Aguiar had three goals and one assist, Alberto Perez had two assists and the Bulls dominated the second half after a 1-1 tie at intermission. SLAM Nevada (15-3) will take on Elko at noon Friday, with Equipo Academy (16-5-2) to meet McQueen. Both games will be played at Pahrump Valley.

Pahrump Valley 2, Boulder City 1 (OT) — Kiara Ramos scored a golden goal in overtime, and the Trojans won the regional title. Adryanna Avena-Caraballo tied the game with a second-half goal for Pahrump Valley (17-1) after Boulder City (14-3-1) took a 1-0 lead into halftime. Pahrump Valley will host the state tournament, starting with a semifinal meeting against Truckee while Boulder City meets South Tahoe. The games are set for 4 and 6 p.m. Friday. The matchups have yet to be assigned time slots.