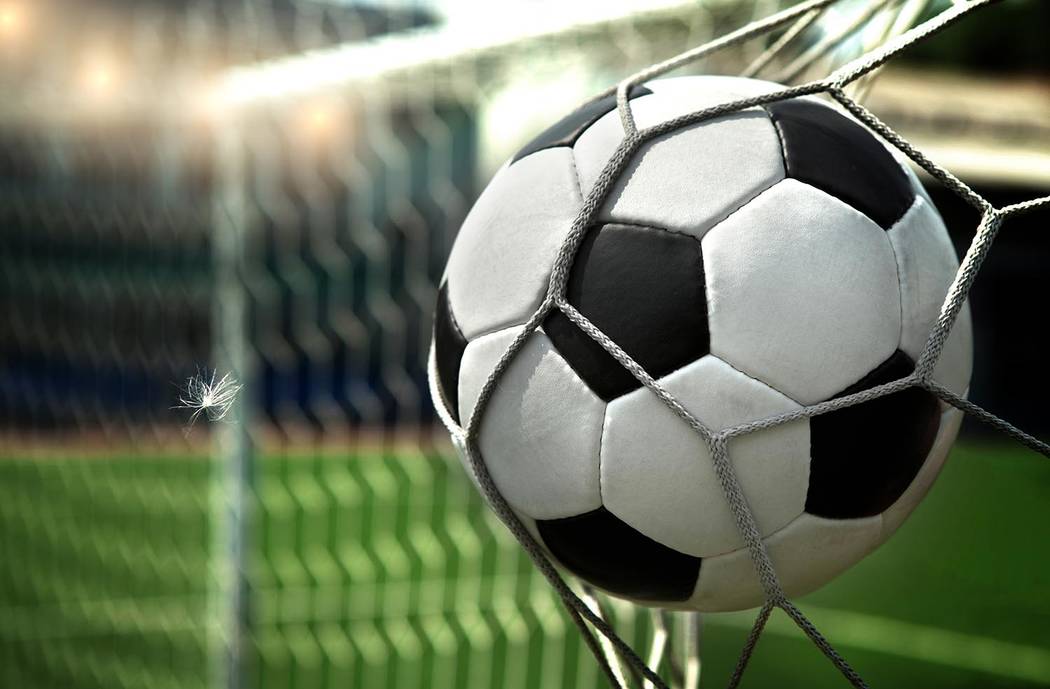 Clark’s boys soccer team scored three goals in the second half Monday to come from behind and defeat visiting Green Valley, 3-2.

Luis Cielo had one goal and had one assist, and Abraham Dolley and Juan Beltran-Diaz each scored one goal for the Chargers.

Zachary Hanson scored both of the Gators’ goals.

Andy Rodriguez and Bryan Jimenez each added a goal, and Elizandro Zaragoza had two assists for Western.

Alexander Daseler, Brophy Howard and Ben Linnert each scored a goal for Gorman.

Rancho 4, Arbor View 3 — At Arbor View, Sergio Reyes had two goals to lift the Rams over the Aggies.

Ethan Boone had a goal and an assist for Arbor View, and Drew Carter scored one goal for the Aggies.

Arbor View also benefited from an own goal.

Silverado 3, Pahrump Valley 3 — At Pahrump, the Skyhawks and Trojans played to a draw.

Conner Barlow had two goals, and Ethan Foley had one goal for Silverado.

Jose Chavez had a goal and two assists for Pahrump. Alvaro Garcia and Christopher Vega each had one goal for the Trojans.

Spring Valley 2, Liberty 1 — At Spring Valley, Bum Cho scored both of the Grizzlies’ goals in a win over the Patriots.

Dylan Jones scored for the Patriots.

Eldorado 1, Centennial 1 — At Centennial, Armando Gutierrez scored in the 60th minute for the Bulldogs to force a draw against the Sundevils.

Desert Pines 4, Legacy 1 — At Legacy, Joel Sanchez and Erick Santillan each scored twice as the Jaguars defeated the Longhorns.

Sanchez also had an assist for Desert Pines.

Palo Verde 4, Shadow Ridge 0 — At Shadow Ridge, the Panthers scored four goals in the first half as they defeated the Mustangs.

Luis Flores had a goal and an assist for the Panthers. Bryan Montoya, Michael Venezia, and Cole Lloyd each scored one goal for Palo Verde.

Tanner Stevenson had two assists for the Panthers.

Alex Kiss added a goal and an assist for Bonanza, which led 2-1 at the half.

Chaparral 5, Sky Pointe 0 — At Chaparral, Bryan Macias had two goals and one assist to lead the Cowboys over the Eagles.

Angelo Grossi added two goals for Chaparral, and Kenny Rosales scored one goal for the Cowboys.

Las Vegas 6, Faith Lutheran 0 — At Las Vegas High, Sergio Aguayo had two goals to lead the Wildcats over the Crusaders.

Luis Hernandez had a goal and two assists for Las Vegas. Nathan Zamora and Manuel Alfaro each had one goal for the Wildcats.

Rodolfo Gomez made three saves to get the shutout.

Tech 6, Del Sol 0 — At Tech, Alexander Calderon, Gabriel Aguilar and Eduardo Gomez each had a goal and an assist as the Roadrunners defeated the Dragons.

Alex Mejia, Christian Garza and Alan Lopez each added a goal for Tech, and Yobani Garcia-Benitez made three saves to get the shutout.

Cimarron-Memorial 10, Cheyenne 1 — At Cheyenne, Jimi Villasenor and Fernando Arevalo each had two goals and an assist as the Spartans routed the Desert Shields.

George Balcazar and Fernando Pito-Gonzalez each added a goal and an assist for Cimarron, which led 7-1 at the half.

Diego Zacarias, Tre Towers, Alan Soriano and Said Lopez each scored once, and Manny Aparicio had two assists for the Spartans.

Sunrise Mountain 11, Moapa Valley 3 — At Overton, Rodrigo Mayorga had three goals and an assist as the Miners rolled past the Pirates.

Ethynn Fulman scored two goals for the Pirates. Bryan Robles had a goal and one assist for Moapa Valley.

Oscar Gonzalez added a goal and three assists, and Anibal Ponce and Johnathan Gonzalez each had a goal and two assists for Mojave, which got a goal apiece from Francisco Rebolledo and Felix Perez.

Damian Moreno recorded the shutout for the Rattlers.

SLAM Academy 9, Somerset-Losee 3 — At Somerset-Losee, Ivan Romero and Ezra Velasquez each scored twice to power the Bulls over the Lions.