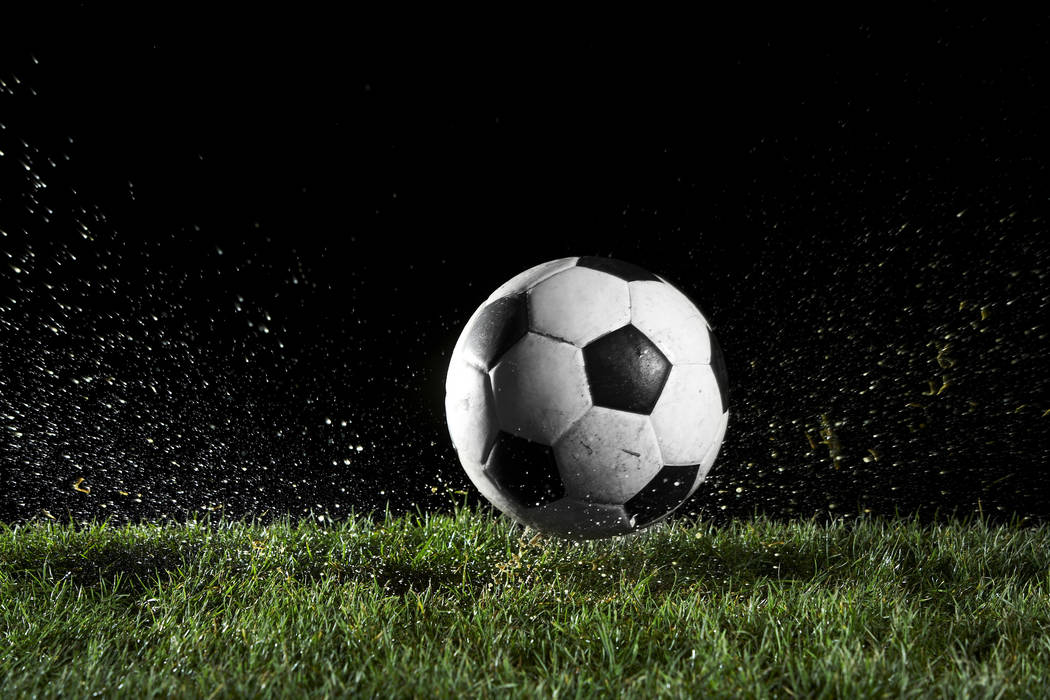 Centennial 2, Arbor View 1 — At Centennial, Tyler Rogge scored on a penalty kick in the 75th minute to give the Bulldogs a win over the Aggies.

Rogge also scored in the first half on an assist from Jordan Kennedy.

Bonanza 1, Las Vegas 1 — At Las Vegas High, Jonas Bryant scored late in the second half to help the Bengals earn a tie with the Wildcats.

Fernando Gomez scored on an assist from Daniel Rangel for Las Vegas.

The game was scoreless at halftime.

Palo Verde 3, Desert Pines 0 — At Desert Pines, Michael Vogel had a goal and an assist as the Panthers shut out the Jaguars.

Michael Venezia and Anthony Kaskie each scored once for Palo Verde, and Hudson Huckfeldt made six saves to get the shutout.

Eldorado 3, Shadow Ridge 0 — At Shadow Ridge, Roberto Gonzalez recorded a goal and two assists as the Sundevils blanked the Mustangs.

Victor Moran and Jose Torres each added a goal, and Emiliano Garcia tallied five saves to earn the shutout for Eldorado, which led 1-0 at halftime.

Cimarron-Memorial 9, Legacy 2 — At Cimarron, George Balcazar had three goals and two assists as the Spartans rolled over the Longhorns.

Canyon Springs 11, Cheyenne 1 — At Canyon Springs, Jose Gonzalez had four goals and an assist as the Pioneers defeated the Desert Shields.

Josue Figueroa and Jovanny Salvidar each had two goals and two assists for Canyon Springs, and Leo Cruz, Oscar Marquez and Isaias Lopez each scored once for the Pioneers.

Sunrise Mountain 10, Boulder City 0 — At Sunrise Mountain, Jonzo Jimenez-Vasquez and Angel Arreola each had four goals as the Miners routed the Eagles.

Branson Suarez added a goal and an assist, and Luis Luna had one goal for Sunrise Mountain. Rodrigo Mayorga had three assists, and Jimenez-Vasquez and Eric Guillen-Parente each had two assists for the Miners.

Enrique Perez and Cristian Morales combined on the shutout.

Chaparral 7, Moapa Valley 0 — At Overton, the Cowboys ran away from the Pirates.