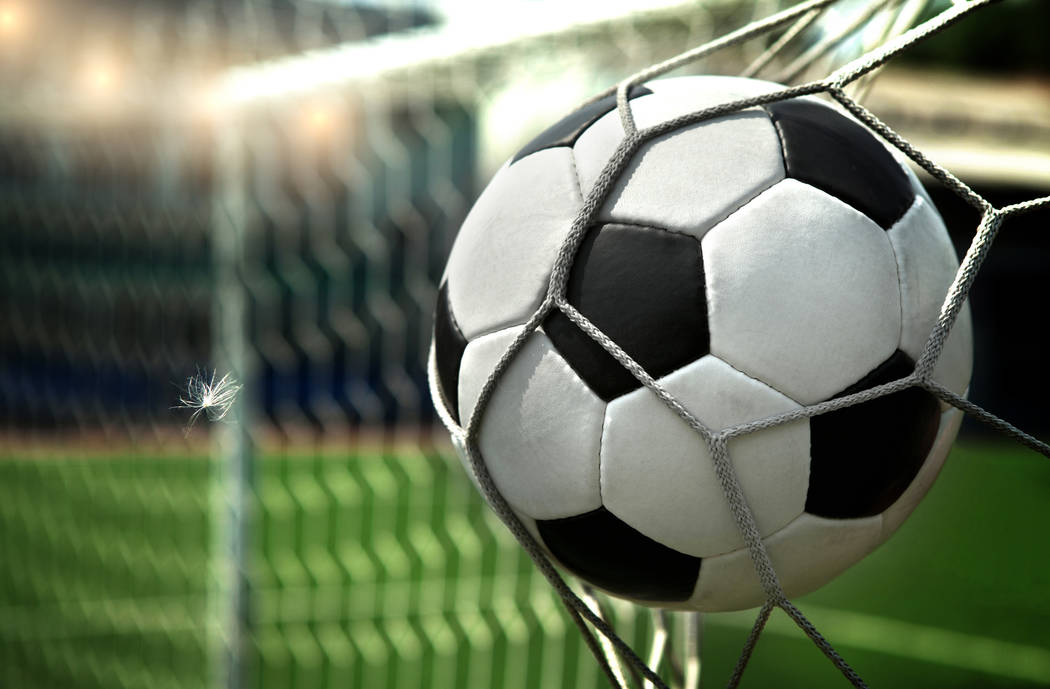 Nicholas Garrett, Jesus Cruz and Aalan Rosales each added a goal for the Longhorns, who led led 2-0 at the half.

Shadrack Milenge, Samuel Milenge and Jorge Rodriguez each scored a goal for the Vikings.

Desert Pines 3, Spring Valley 1 — At Spring Valley, Joel Sanchez had two goals and one assist as the Jaguars knocked off the Grizzlies.

Erick Santillan had a goal and an assist for Desert Pines.

Las Vegas 5, Foothill 1 — At Las Vegas High, Daniel Rangel had two goals and two assists as the Wildcats rolled by the Falcons.

Josiah Gallardo notched a goal, and Ethan Boone and Christopher Ross each had an assist for Arbor View, which led 2-1 at halftime.

Eduardo Perez scored on an assist from Leo Hwang for Sierra Vista.

Coronado 5, Shadow Ridge 0 — At Coronado, the Cougars took a two-goal lead at the half and rolled over the Mustangs.

Lincoln Aquino had two assists for the Cougars.

Luca Capriosi made two saves to earn the shutout.

Liberty 10, Somerset-Losee 0 — At Somerset-Losee, Marcos Gonzalez had three goals and two assists to lead the Patriots in a rout of the Lions.

Jason Angel Gilliland and Max Patton each had a goal and two assists for the Patriots, and teammate Quinn Rankin had a goal.

Liberty’s Ivan Rodriguez made one save in the shutout, and also had an assist.

Pahrump Valley 5, Virgin Valley 0 — At Pahrump, Fernando Martinez had two goals and two assists as the Trojans beat the Bulldogs.

Jose Chavez added a goal and an assist, and Christopher Vega and Alvaro Garcia each scored once for Pahrump.

Ian Kingsley had the shutout.